It’s been about nine months since most of us last clasped hands with a friend, a colleague at work or a new acquaintance lest we spread the new coronavirus. There haven’t been many opportunities to shake hands while we’ve huddled at home more; when we have encountered people, it’s been at a maybe-safe distance or on the other side of plexiglass. The business meetings where we once might have measured each other’s grip have moved online.

As the pandemic was beginning, we wondered whether the handshake would disappear altogether, an outdated relic of germier days. We hoped not, because even this quotidian gesture seemed to fill our human need for physical contact.

Let’s face it: It’s time to kill the handshake.

Granted, that’s easier said than done. This friendly affirmation of good intentions dates to way before people knew that infectious illnesses were caused by invisible microbes that often are spread by fingers and palms.

Greek funerary sculptures from 400 years before the birth of Christ depicted the newly deceased person shaking the hand of a loved one. A 9th century bas relief showed two rulers, Assyrian and Babylonian, forging an alliance through clasped hands. Homer described a handshake in “The Iliad.”

During the 14th century, knights and soldiers would show each other that their extended right hands were empty of weapons. What could be friendlier than not trying to kill the other guy?

But in modern America, it was the Quakers who gave the grasping of hands a new grip on life. According to the Quaker magazine Friends Journal, shaking hands as a farewell was widely adopted by the mid-17th century as a way for Quakers to avoid the bowing, hat-lifting and other forms of subservience seen in some religions and in society as a whole.

“Every handshake of friends who find one another again after a long absence is sacramental,” the magazine quotes a prominent Quaker as having said. “Love flows out at their fingers.”

Shaking hands was egalitarian, warm and friendly — and it spread. Unfortunately, so do pathogens. Just as the pandemic has made it clear that remote employment should have a bigger role in the work world, the handshake’s role as a potentially homicidal vector has been exposed as never before.

And the handshake harbors problems beyond germs. Although familiar, it’s nearly impossible to get just right — dry, warm, firm but not crushing. Yet our character is judged when we fall short.

Though the handshake has been adopted almost ubiquitously in international business and policy circles because of Western dominance, it’s a custom that hails mainly from Europe. And it’s not universally accepted. In some cultures, greetings are more affectionate — a hug, cheek kiss or nose rub. In others, any kind of physical touching of a nonfamily member is uncomfortable or sometimes off limits, especially between the sexes.

This had serious repercussions in Germany: A Lebanese physician who had passed his German citizenship test with flying colors then found his naturalization was withheld after his refusal to shake the hand of the female officiant because that went against his observant Muslim beliefs. (Likewise, some Muslim women decline to shake hands or otherwise touch men who aren’t in their immediate family.) The German courts ruled against him in October, saying that his refusal to shake the hand of a woman went against its law guaranteeing equality of the sexes and that, at least in normal times, handshakes were necessary to conduct business and social life.

The same has happened to immigrants in some other Western European nations.

Yet obviously handshakes aren’t all that necessary if the doctor was able to carry out his work and family life in Germany for years without it. The court was right in saying that the handshake was deeply embedded in German social and cultural history, but that’s because Germany was a fairly homogeneous nation. That doesn’t mean it’s the best way to go forward.

In a global economy and multicultural society, not to mention one beset by a potentially deadly virus, we need something with health-conscious and all-embracing appeal (without the embrace). Something that’s simple to carry off, respects physical boundaries, symbolizes equality rather than hierarchy and yet conveys warmth.

The problem isn’t lack of options. There are too many, including peace signs, head nods and Mr. Spock’s Vulcan salutes. But in a time of division and universal distress, let us suggest the simple gesture of placing the right hand, or loose fist, briefly to the heart. It is one of the greeting customs of many Muslim nations but its meaning is obvious and universal as one of acknowledgment and caring.

It allows a healthy physical distance and says hello to an entire roomful of people with one motion, yet the touching of the heart at least implies the affection of a hug. If there’s one thing we all could use, it’s the feeling that we touched someone’s heart, if not any other part of their body.

One more benefit: Our shirts won’t care if our hands are limp or clammy.

Letters to the Editor: Right-wing media have turned Huntington Beach into Angrytown 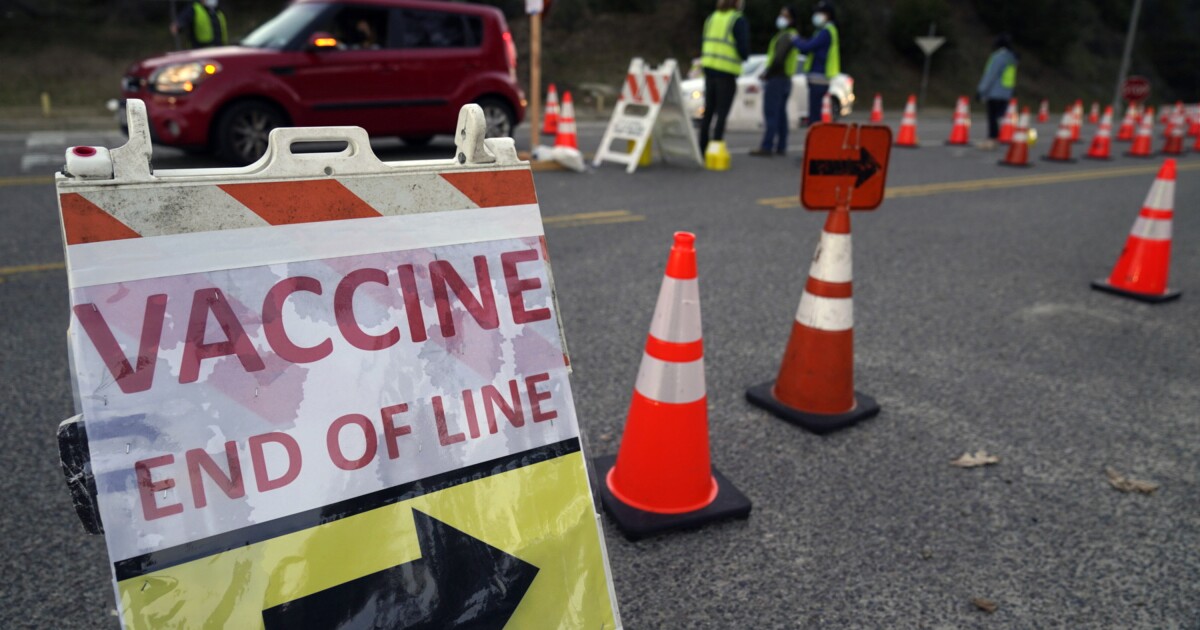 False claims in texts, emails led to misuse of vaccine codes intended for those in need 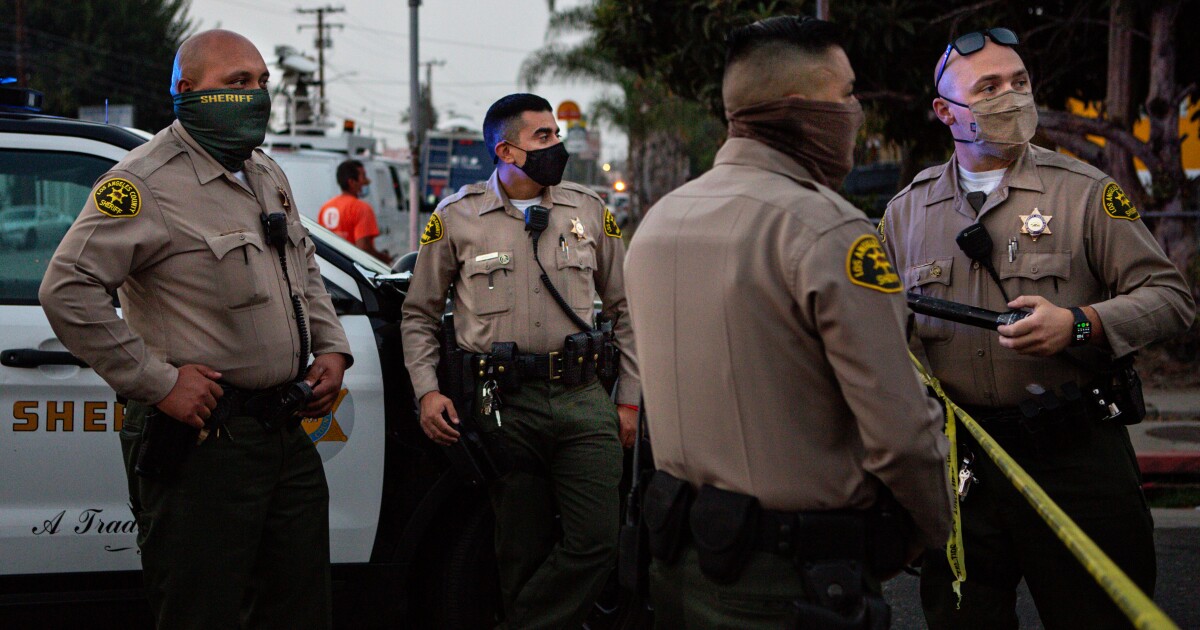 U.S. vaccination drive grinds to a halt as omicron declines