The signatories joining the U.S. in the Indo-Pacific Economic Framework are Australia, Brunei, India, Indonesia, Japan, South Korea, Malaysia, New Zealand, the Philippines, Singapore, Thailand, and Vietnam. Along with the United States, they represent 40% of world GDP.

The countries said in a joint statement that the pact will help them collectively “prepare our economies for the future” following disruptions from the coronavirus pandemic and the Russian invasion of Ukraine.

Critics say the framework has gaping shortcomings. It doesn’t offer incentives to prospective partners by lowering tariffs or provide signatories with greater access to U.S. markets. Those limitations may not make the U.S. framework an attractive alternative to the Trans-Pacific Partnership, which still moved forward after the U.S. bailed out.

THIS IS A BREAKING NEWS UPDATE. AP’s earlier story follows below.

TOKYO (AP) — President Joe Biden promised “concrete benefits” would emerge from a new Indo-Pacific trade framework he’s launching Monday even as he warned Americans worried about high inflation that it was “going to be a haul” before they feel relief. He said he does not believe an economic recession is inevitable in the U.S.

Biden, speaking at a news conference after holding talks with Japan’s Prime Minister Fumio Kishida, acknowledged the U.S. economy has “problems” but said they were “less consequential than the rest of the world has.”

The comments came just before Biden’s planned launch of the Indo-Pacific Economic Framework, a new trade deal his administration designed to signal U.S. dedication to the contested economic sphere and to address the need for stability in commerce after disruptions caused by the pandemic and Russia’s invasion of Ukraine.

Meeting with Kishida, Biden said the new framework would also increase U.S. cooperation with other nations in the region.

The White House said the framework will help the United States and Asian economies work more closely on issues including supply chains, digital trade, clean energy, worker protections and anticorruption efforts. The details still need to be negotiated among the member countries, making it difficult for the administration to say how this agreement would fulfill the promise of helping U.S. workers and businesses while also meeting global needs.

Critics say the framework has gaping shortcomings. It doesn’t offer incentives to prospective partners by lowering tariffs or provide signatories with greater access to U.S. markets. Those limitations may not make the U.S. framework an attractive alternative to the Trans-Pacific Partnership, which still moved forward after the U.S. bailed out. China, the largest trading partner for many in the region, is also seeking to join TPP.

“I think a lot of partners are going to look at that list and say: ‘That’s a good list of issues. I’m happy to be involved,’” said Matthew Goodman, a former director for international economics on the National Security Council during President Barack Obama’s administration. But he said they also may ask, “Are we going to get any tangible benefits out of participating in this framework?”

Countries signing on to the framework were to be announced Monday during Biden’s visit to Tokyo. It’s the latest step by the Biden administration to try to preserve and broaden U.S. influence in a region that until recently looked to be under the growing sway of China.

Kishida hosted a formal state welcome for Biden at Akasaka Palace, including a white-clad military honor guard and band in the front plaza. Reviewing the assembled troops, Biden placed his hand over his heart as he passed the American flag and bowed slightly as he passed the Japanese standard.

Kishida said at their meeting that he was “absolutely delighted” to welcome Biden to Tokyo on the first Asia trip of his presidency. Along with Biden, he drove a tough line against Russia over its invasion of Ukraine, saying it “undermines the foundation of global order.”

Biden, who is in the midst of a five-day visit to South Korea and Japan, called the U.S.-Japanese alliance a “cornerstone of peace and prosperity in the Indo-Pacific” and thanked Japan for its “strong leadership” in standing up to Russia.

The White House announced plans to build the economic framework in October as a replacement for the Trans-Pacific Partnership, which the U.S. dropped out of in 2017 under then-President Donald Trump.

The new pact comes at a moment when the administration believes it has the edge in its competition with Beijing. Bloomberg Economics published a report last week projecting U.S. GDP growth at about 2.8% in 2022 compared to 2% for China, which has been trying to contain the coronavirus through strict lockdowns while also dealing with a property bust. The slowdown has undermined assumptions that China would automatically supplant the U.S. as the world’s leading economy.

“The fact that the United States will grow faster than China this year, for the first time since 1976, is a quite striking example of how countries in this region should be looking at the question of trends and trajectories,” said White House national security adviser Jake Sullivan.

Biden’s first stop Monday was a private meeting with Emperor Naruhito of Japan at Naruhito’s residence on the lush grounds of the Imperial Palace before the talks with Kishida.

The two leaders were also set to meet with families of Japanese citizens abducted by North Korea decades ago. The Japanese premier took office last fall and is looking to strengthen ties with the U.S. and build a personal relationship with Biden. He’ll host the president at a restaurant for dinner.

The launch of the Indo-Pacific Economic Framework, also known as IPEF, has been billed by the White House as one of the bigger moments of Biden’s Asia trip and of his ongoing effort to bolster ties with Pacific allies. Through it all, administration officials have kept a close eye on China’s growing economic and military might in the region.

In September the U.S. announced a new partnership with Australia and Britain called AUKUS that is aimed and deepening security, diplomatic and defense cooperation in the Asia-Pacific region. Through that AUKUS partnership, Australia will purchase nuclear-powered submarines, and the U.S. is to increase rotational force deployments to Australia.

The U.S. president has also devoted great attention to the informal alliance known as the Quad, formed during the response to the 2004 Indian Ocean tsunami that killed some 230,000 people. Biden and fellow leaders from the alliance, which also includes Australia, India and Japan, are set to gather in Tokyo for their second in-person meeting in less than a year. The leaders have also held two video calls since Biden took office.

And earlier this month, Biden gathered representatives from nine of the 10 members of the Association of Southeast Asian Nations in Washington for a summit, the first ever by the organization in the U.S. capital. Biden announced at the summit the U.S. would invest some $150 million in clean energy and infrastructure initiatives in ASEAN nations.

Sullivan confirmed on Sunday that Taiwan — which had sought membership in the IPEF framework— isn’t among the governments that will be included. Participation of the self-ruled island of Taiwan, which China claims as its own, would have irked Beijing.

Sullivan said the U.S. wants to deepen its economic partnership with Taiwan, including on high technology issues and semiconductor supply on a one-to-one basis.

Biden will wrap up his five days in Asia on Tuesday with the Quad meeting and one-on-one talks with India’s Prime Minister Narendra Modi and Australia’s new prime minister, Anthony Albanese.

Modi, leader of the world’s biggest democracy, has declined to join the U.S. and other allies in levying sanctions against Russia over the invasion of Ukraine. In a video call last month, Biden asked Modi not to accelerate its purchase of Russian oil.

Biden says the U.S. would intervene with military to defend Taiwan

Scarred by Russian attacks, some Ukrainians stick to life underground 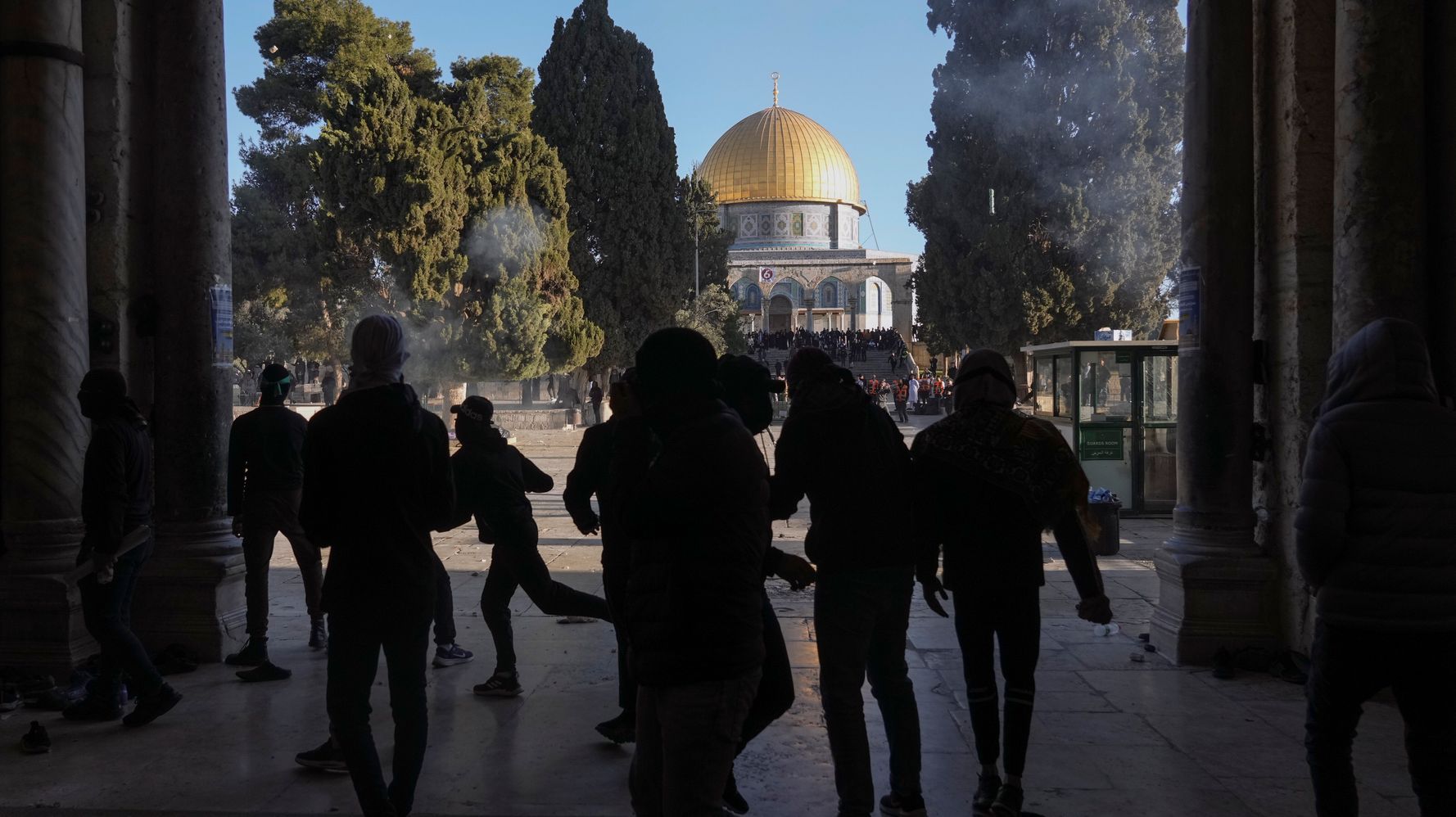