Players walked off the pitch during a Champions League game on Tuesday after a referee allegedly made a racist remark in Paris.

The tournament game between Paris Saint -Germain and Istanbul Basaksehir was underway at the Parc des Princes stadium when the fourth official allegedly made a racist comment about Pierre Webo, Basaksehir’s assistant coach. Webo was sent off the pitch after confronting the official.

The team’s striker, Demba Ba, was caught on camera challenging the referee on why he made the alleged comment.

“You never say this white guy, you say this guy,” Ba said in video of the incident. “So why when you — listen to me — so why when you mention a Black guy you say ‘this Black guy’?”

The fourth official for Tuesday’s match was identified as Romanian referee Sebastian Colţescu, according to the UEFA Champions League website. Someone was heard in the video mentioning that the Romanian translation of a word for a Black person seemed to be the problem, according to the video.

The match was suspended after 23 minutes of play after members from both teams walked off the field. Istanbul Basaksehir’s team Twitter account posted an image following the incident that simply read, “No to Racism. Respect.”

“In the Paris Saint Germain match, our footballers decided not to go on the field due to the racism that the 4th referee Sebastian Coltescu had against our assistant coach Pierre Webo,” the team later tweeted.

The UEFA issued a statement regarding the match’s suspension on its website, announcing a kickoff time for Wednesday. An investigation into the allegations has been opened, the football association said.

“Following an incident at tonight’s UEFA Champions League match between Paris Saint-Germain FC and Istanbul Basaksehir FK, UEFA has — after discussion with both clubs — decided on an exceptional basis to have the remaining minutes of the match played tomorrow with a new team of match officials,” the statement said.

Turkish President Tayyip Erdoğan condemned the remarks made against Webo in a statement published by the Anadolu Agency, Turkey’s state media outlet.

Erdoğan’s statement said Turkey is “unconditionally against racism, discrimination in sports, all fields in life.”

Racism and bigotry in soccer has long plagued leagues, but has been subject to global scrutiny in recent years. Last year, a match between England’s win against Bulgaria was marred by a group of Bulgaria supporters who engaged in monkey chants against defender Tyrone Mings and did Nazi salutes.

In October, San Diego Loyal players walked off a pitch during a USL soccer match against Phoenix Rising after Rising player Junior Flemmings allegedly directed a homophobic slur against Loyal’s Collin Martin, who is openly gay. Flemmings denied the accusation in a statement to his Twitter account.

Landon Donovan, former U.S. national men’s soccer team player and manager for Loyal, argued with a referee and Rick Schantz, Rising’s coach, on the field after the incident. Donovan told the men that the incident “goes beyond soccer” and that “we have to get this out of our game.”

“This has nothing to do with racism,” Schantz told Donovan, according to video.

Doha Madani is a breaking news reporter for NBC News. 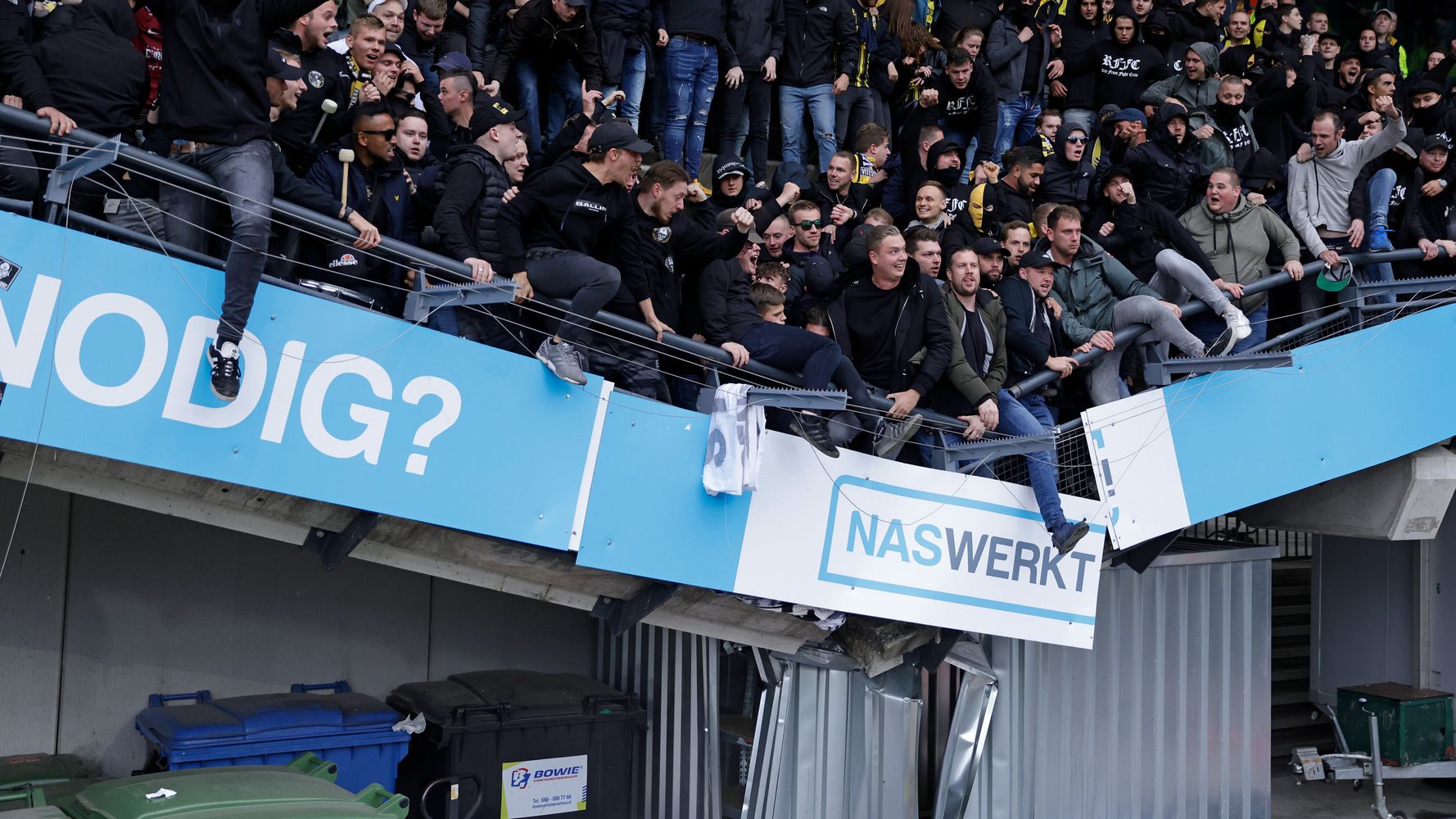