The prince delivered an urgent warning on those issues before an audience at the World’s Fair in Dubai, known as Expo 2020. He spoke at an event to showcase The Earthshot Prize, a global award the prince founded to highlight and scale solutions to repair the planet.

“This is the decisive decade,” he said. “If we do nothing, by 2030 we’ll be speeding toward increasingly devastating planetary and humanitarian crises as a result of our changing climate.”

“We are still in a race against time,” he said.

Queen Elizabeth II first visited the UAE as monarch in 1979, while Prince Charles’ last visit was in 2016.

Once an informal British protectorate, the UAE has long been a magnet for British nationals. There are more than 100,000 British citizens living in the UAE and more than 6,000 British companies operating in the country, according to the British Business Group in Dubai and Northern Emirates.

The Duke of Cambridge’s visit coincides with the U.K.‘s national day at Expo 2020. Prince William visited the U.K. pavilion and toured the $7 billion grounds of the Expo site, as well as the United Arab Emirates’ falcon-shaped pavilion.

A sizeable crowd gathered outside the British pavilion, with children waving the Union Jack, women calling out the prince’s name and a group of men impromptu singing “God Save the Queen.”

As Prince William toured the UAE, news emerged that his 73-year-old father, Prince Charles, had tested positive for COVID-19 and is self-isolating. It’s the second time the heir to the throne contracts the coronavirus.

In his first stop in Dubai, Prince William visited DP World’s massive Jebel Ali Port, where he watched cargo being scanned and inspected by customs to apparently highlight efforts tackling the illegal wildlife trade. His visit comes more than 40 years after his grandmother inaugurated the port during her royal UAE tour.

The Dubai-based global ports operator DP World is a principal partner of Prince William’s United for Wildlife, an initiative established by the prince in 2014 to help counter trade in illegal wildlife. The port operator, in partnership with Dubai Expo 2020, is also among the founding funding partners to the prince’s Earthshot Prize.

Last year’s finalists talked about their innovative solutions to an audience at Expo’s DP World pavilion following remarks by Prince William, who referred to the Dubai government-owned port company as among the “incredible financers” of The Eartshot Prize.

Launched by Prince William and The Royal Foundation in late 2020, The Earthshot Prize held its first-ever award ceremony last year, offering five, 1 million-pound ($1.36 million) prizes to innovators and entrepreneurs seeking solutions to the world’s greatest environmental problems. The award is being funded for 10 years, totaling 50 prizes. This year’s award ceremony will be held in the United States.

The duke, like his father Prince Charles, has long used his platform to advocate for greater environmental awareness, warning that the Earth is at a tipping point and facing irreparable damage unless action is taken to repair the planet.

“Our future is not yet set,” the prince said at Expo. “We still have the ability to repair out planet and create a better world.”

Prince William, who is traveling without his wife, Catherine, began his tour in the UAE with a visit to Abu Dhabi’s Jubail Mangrove Park. There, he met with children planting mangroves, and he planted one himself. He was accompanied by Sheikh Khaled bin Mohamed bin Zayed Al Nahyan, a son of Abu Dhabi’s powerful crown prince.

Katy Holmes, general manager of the British Business Group, said Britons are really excited about the prince’s visit because it sends a positive message about strengthening a bilateral relationship so well established by Queen Elizabeth II, who marked 70 years on the throne Sunday.

“He’s very well regarded as a royal and he is the future of the U.K. monarchy, so I think there’s interest from that perspective. But it’s also a celebration of Expo,” said Holmes, who is among those invited to attend an evening performance at Expo that will be attended by Prince William.

The territories of the UAE have attracted British attention since the early 18th Century, when the area was seen as part of a strategic Persian Gulf trade route with links to India and other British colonies. The territories, ruled by various tribal sheikhs, later signed an agreement restricting their foreign relations to British discretion until the founding of the United Arab Emirates in 1971.

Oil wealth helped rapidly transform Abu Dhabi’s and Dubai’s humid coastlines into a head-turning metropolis of skyscrapers and endless five-star hotels. South Asian migrant workers have borne the brunt of building and paving the UAE’s cities from the desert up. British nationals, however, have largely enjoyed the higher pay, warmer winters, lower tax rates and luxury living conditions afforded to Western expatriates in the Gulf. 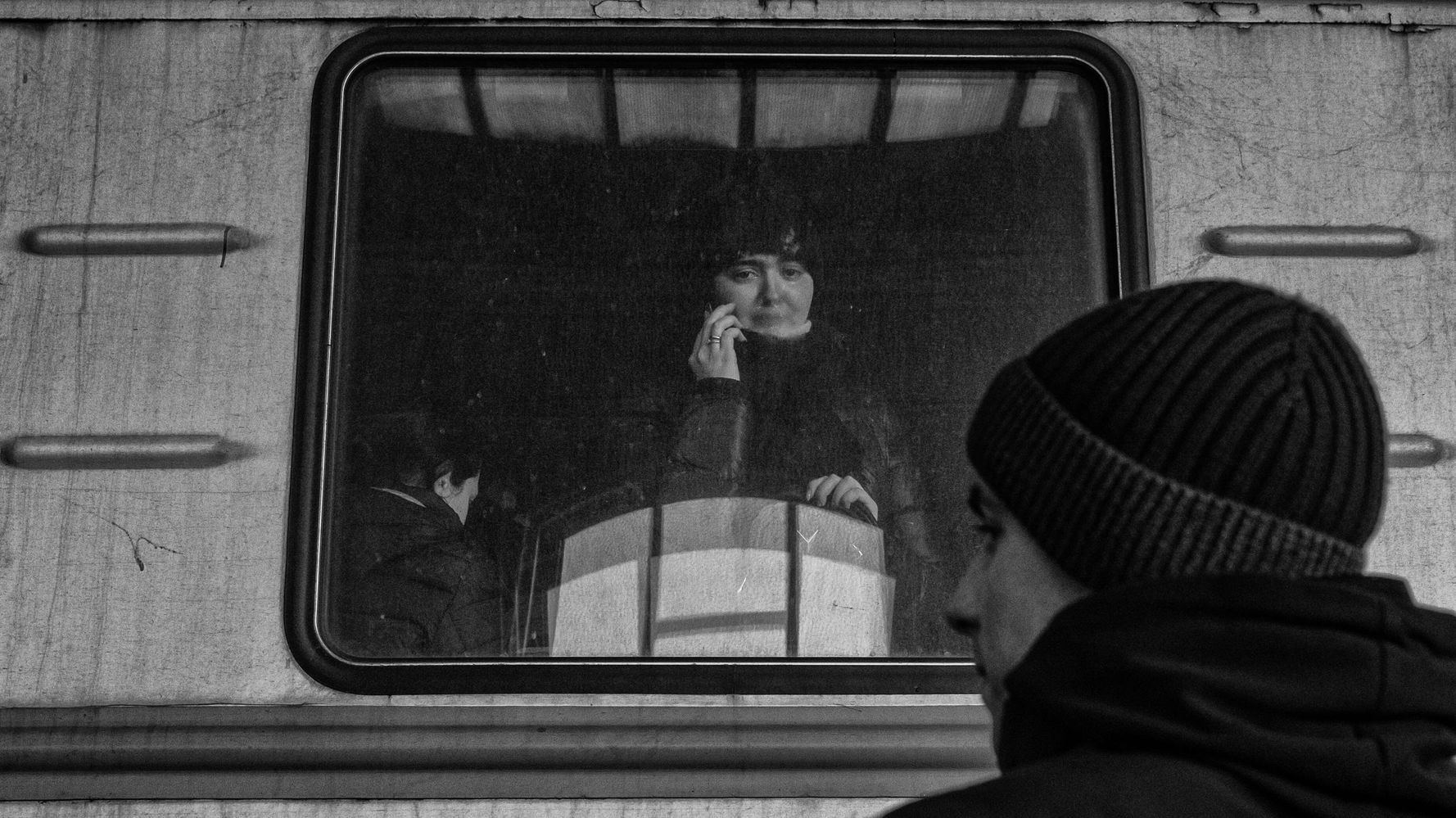 Zelenskyy calls on Israel for stronger opposition to Russia, compares invasion to Holocaust