The former chair of the Ukrainian parliament’s foreign affairs committee broke down weeping in an MSNBC interview on Tuesday, as she begged Western governments to provide “maximum military assistance” to her homeland amid the ongoing Russian invasion.

“We have to stop this new tyranny,” Hanna Hopko, who chairs Ukraine’s Democracy in Action Conference, told MSNBC’s Katy Tur in a video call from Warsaw, Poland.

Hopko asked for embargoes on commodities like gas and oil from Russia. (President Joe Biden said Tuesday that the U.S. is banning imports of Russian oil.) She also called for a no-fly zone over Ukraine, which Ukrainian President Volodymyr Zelenskyy recently did as well. National security experts have warned that establishing a no-fly zone could result in a war between nuclear-armed powers.

Hopko grew emotional as she described the unfolding humanitarian crisis in Ukraine, including hundreds of thousands of people without water in the city of Mariupol, where a 6-year-old girl reportedly died of dehydration in the ruins of a Russian shelling site Tuesday. “I think the world must demonstrate leadership,” she said.

“It is horrible. I understand, it’s horrible,” Tur said. She noted that Western powers have so far rejected calls for a no-fly zone to prevent direct conflict with Russia that could escalate into a larger war.

“There are a lot of Americans out there who are saying they want a no-fly zone as well,” Tur said. “But again, so far what we’re hearing from officials is they don’t want to start another world war.”

Breaking down in tears, Hopko said: “There is no explanation. Look, this is not just this one kid.”

“We cannot just watch how many Ukrainians are dying. I’m asking Biden, I’m asking Congress: Please help our nation,” she said. “I don’t understand why we have to convince everybody this is about humanity.”

More than 2 million refugees have fled Ukraine to escape the Russian invasion, according to the United Nations, which called it the fastest-growing refugee crisis in Europe since World War II.

Countries within the NATO alliance, which does not include Ukraine, have sent weapons to Kyiv and levied unprecedented economic sanctions against Russia. However, allies have ruled out actions that would create direct conflict with the country.

A no-fly zone would prohibit Russia from using warplanes to attack Ukraine, meaning NATO would be responsible for shooting down planes that violate the declaration.

According to intelligence from the U.K., Russia made minimal ground advances over the weekend, but unleashed a high level of air and artillery strikes on military and civilian sites in Ukrainian cities. The U.N. has recorded 406 civilian deaths in Ukraine, including eight people who were reportedly killed in a town west of Kyiv after Russia shelled a civilian evacuation route.

Even in the offseason, the NFL dazzles with big quarterback news

Elden Ring Guide: The Best Weapons and Where to Find Them 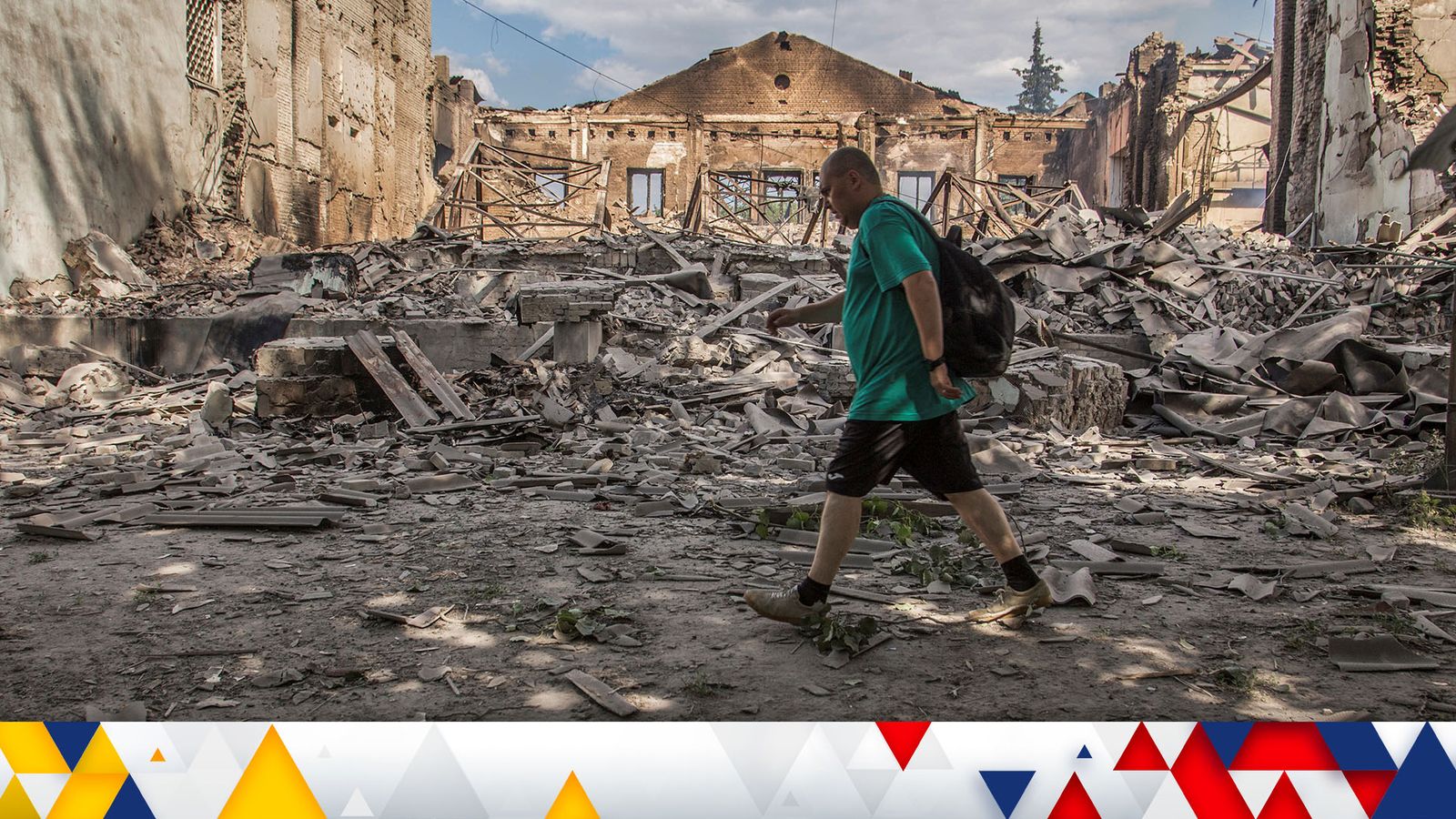 Ukraine war: All they will inherit is rubble – relentless Russian bombardment continues as they close on Lysychansk