The president of Haiti was killed after he tried to do what many of his predecessors have done for much of the struggling Caribbean nation’s tumultuous history — hang onto power.

Jovenel Moïse, who took office in February 2017, was assassinated early Wednesday when gunmen burst inside his home in a suburb of the capital, Port-au-Prince, and opened fire.

It was the latest deadly outbreak of political violence in a country that has been governed by a succession of dictators, where coups have been commonplace and where democracy has shallow roots.

At the time, Moïse had been resisting calls to step down from opponents who accused him of corruption and who insisted his term expired in February because the country’s Constitution starts the clock once a president is elected, rather than when he takes office.

Moïse, who was 53, had been demanding to serve out the remainder of the year and threatening to amend the Constitution to give himself more power.

“Haiti has lost a true statesman who was committed to progressing our country’s democratic transition and fighting corruption,” Claude Joseph, Haiti’s acting interim prime minister, insisted in a statement after the assassination.

But Laurent Dubois, co-director of the Democracy Initiative at the University of Virginia and an expert on Haitian history, said Moïse helped create the crisis that preceded his death and did little to help the impoverished people in a land where some 60 percent of the population make less than $2-a-day.

“In general, Moïse has been consolidating power around himself increasingly over the past years, which has created a deepening crisis of governance,” Dubois said in an email to NBC News. “The refusal to step down, which was based on conflicting interpretations of the Constitution, was one example of that, but he also ordered a number of arrests of prominent activists.”

Dubois was referring to Supreme Court Judge Yvickel Dabrésil and Dr. Marie Antoinette Gautier, a former presidential candidate, who were arrested in February with a dozen other prominent Haitians by the presidential guard on suspicion of plotting a coup against Moïse.

Their arrests sparked large street protests in Haiti, and they were released a month later.

“What we’re going to see in the next hours and days are different narratives told about his presidency as people begin to try and step in and shape what happens next,” Dubois wrote.

Joseph told The New York Times that some of the gunmen who killed Moïse and badly wounded his wife, Martine Moïse, spoke Spanish. Haitians speak French and Creole.

Citing videos made by Moïse’s neighbors, The Miami Herald reported that the gunmen claimed to be U.S. Drug Enforcement Administration agents.

“These were mercenaries,” a high-ranking Haitian government official told the newspaper.

“I really have no idea on who is behind this,” Dubois answered, when asked if he has any idea who the killers might be. “I imagine we’ll learn more in the coming hours, but right now it’s extremely mysterious at least from what I’m reading and hearing.”

Moïse is the first Haitian president to be assassinated since Jean Vilbrun Guillaume Sam was beaten to death in 1915 by Haitians angered by his mass executions of political opponents while World War I was underway.

Concerned about the chaos and worried about the growing German influence in Haiti, President Woodrow Wilson sent in U.S. troops and launched a military occupation that lasted until 1934.

Moïse was a businessman and banana exporter who promoted sustainable agriculture and energy as a way of lifting Haiti out of poverty when then-President Michel Martelly tapped him to run for president in 2015.

But that election, in which Moïse appeared to be the top vote-getter, was marred by fraud allegations and street violence, and the results were eventually annulled.

The next year, Moïse came in first when Haiti staged another presidential election, and he was sworn-in for a five-year term in February 2017.

Two years later, Haitians were demanding Moïse’s resignation amid allegations that he and other government officials had embezzled hundreds of thousands of dollars-worth of funds that were earmarked for badly needed social programs.

Moïse, in a June 2019 news conference, denied he was a crook and refused to step down.

“I’m looking you in the eye today to say: Your president, whom you voted for, is not guilty of corruption,” Moïse said.

Moïse then began pushing for a new Constitution that would give the presidency even more power, setting off alarm bells in a country that has known nearly constant political instability since it won independence from France in 1804.

For 30 years, Haiti was ruled by father-son dictators Francois “Papa Doc” Duvalier and Jean-Claude “Baby Doc” Duvalier, who tortured and killed political opponents and presided over a kleptocracy that enriched the ruling class while turning Haiti into the poorest country in the Americas.

Since the ouster of “Baby Doc” in 1986, Haiti’s struggle to restore democracy has been marred by military coups, failed presidencies and a devastating earthquake in 2010 that killed 300,000 Haitians and wrecked what was left of the country’s economy.

Moïse, opposition leaders said, was taking a page from the Duvalliers by trying to create an intelligence service that answered only to him and by approving a decree that limited the powers of a special court tasked with auditing government contracts and rooting out corruption.

Malick Ghachem, an associate professor of history at the Massachusetts Institute of Technology and an expert on Haitian politics, said that “the question to ask at this time of tragedy for the Moïse family is not whether Jovenel Moïse was a true statesman or would-be despot.”

“Haiti has been locked in a worsening spiral of political instability since the 2010 earthquake that deteriorated drastically under the Martelly and Moïse governments,” Ghachem said in an email to NBC News.

“The last time a Haitian president was assassinated was 1915, and it triggered a U.S. military occupation,” Ghachem wrote.

The U.S. and the international community should be engaging the country in a dialogue “that permits Haiti to exit its current constitutional void and gives it a chance to set in place durable democratic institutions — as opposed to just another round of elections for the sake of elections.”

The Spiritual Keys Of Enlightenment - Attract Your Ideal Partner! 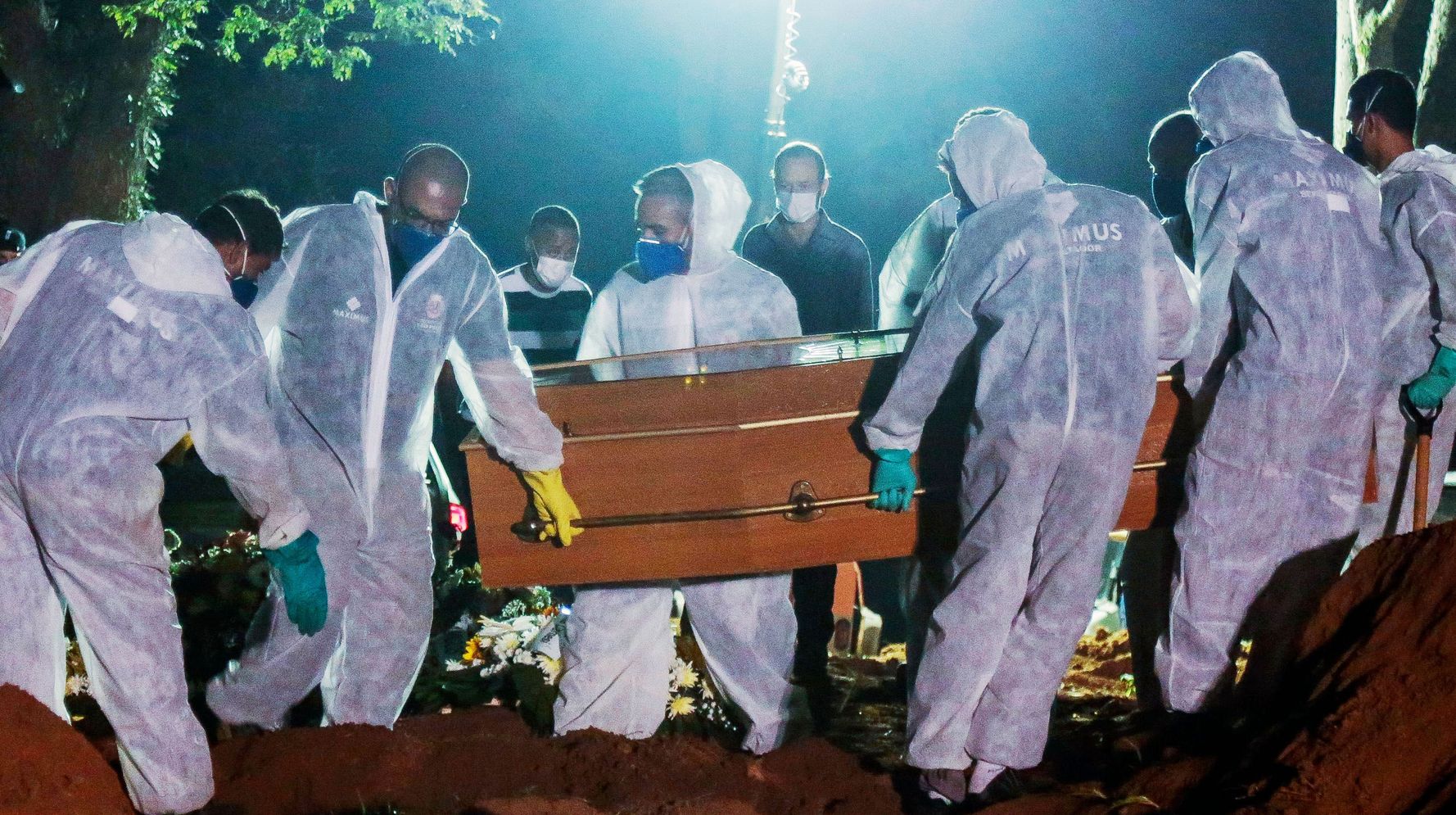 Brazil’s COVID-19 Crisis Spirals Out Of Control: ‘It’s Like A Battlefield’