Four years ago, a sea of spectators lined the streets and hundreds of foreign diplomats attended a pre-inauguration dinner hosted by President Donald Trump.

On Wednesday — prompted by the still-raging coronavirus pandemic, and the security fears following the Capitol riot — much of that looks set to be absent in a relatively quiet Washington, billeted by thousands of National Guard troops.

For all of Biden’s pledges to heal these wounds, friends and foes alike will see this as a symbolic freeze-frame emblazoned across newspapers and nightly bulletins — one that shows just how badly the U.S. has struggled under these stacking crises.

China’s one-party state will be “rubbing their hands with glee” at the sight of a pious, democratic superpower having to resort to such measures at the heart of its own government, said Professor Steve Tsang, director of the China Institute at SOAS University of London.

“The security procedures that the Americans are taking will enable the Chinese party state to say: ‘Ha, ha, ha. You always jab at us for doing the same with big events in Beijing, but look what you’re doing now,'” he said.

“The corridors of the American legislature look like the halls of power of a banana republic going through a military coup,” Dmitry Kiselyov, one of the Kremlin’s most prominent mouthpieces, said over pictures of troops on Capitol Hill during his Sunday show on Russian state television. “This is the symbol of today’s America.”

Meanwhile U.S. allies remain deeply alarmed by the events on Jan. 6, which for many have defined the mood of this inauguration.

It was a riot that “weakened” and “damaged” the “reputation of the United States as the leader of the free world, as the incarnation of democracy and the rule of law,” according to Wolfgang Ischinger, German ambassador to the U.S. between 2001 and 2006.

Even before those events, a survey of more than 15,000 people by the European Council on Foreign Relations found that most residents in the United Kingdom, Germany, Spain and Italy believed that the American political system was fundamentally broken. Trump remains deeply unpopular across the continent and elsewhere, other data shows.

The ECFR poll, conducted in November and December, found most people believed China would be more powerful than the U.S. within a decade, and would want their countries to stay neutral in any dispute between the two.

“America has been humbled in a lot of ways,” said Karin von Hippel, a former nonpolitical senior adviser at the State Department under President Barack Obama, referring to the storming of the Capitol. “When is the next time an American diplomat is going to be able to remonstrate with an official from another country about their elections, or human rights abuses?”

Of course the inauguration is not only about the day itself. International allies who have endured a turbulent four years working with Trump are mostly overjoyed to welcome a Biden team that they know will be zealous adherents to the principles of multilateralism.

Stepping back into the Trump-shaped void at the head of the Western world, Biden has said he will rejoin the World Health Organization and the Paris Agreement on climate change.

This is a president who can “hit the ground running because he’s one of the most experienced foreign policy hands as a president in a very long time,” said von Hippel, who is now director-general of the Royal United Services Institute, a London think tank.

Few European leaders are under the illusion that he will be able to wave a magic wand to undo the damage wrought by Trump. The outgoing commander in chief adopted a brusque, transactional style, openly criticizing allies for scrimping on defense, suggesting they should pay more to host U.S. troops, and cozying up to dictators.

And many are wary Biden could be succeeded in 2024 by another Trump-style iconoclast to upend the relationship all over again. Biden won, but 11 million more people voted for Trump compared to 2016.

“There is a decent, normal, open man in the White House but the country remains deeply divided and deeply fragmented,” said Dominique Moïse, co-founder and senior adviser at the French Institute on International Relations, a think tank.

“So can you trust America in 2021 the way you did in 1960?” he asked. “There is a feeling that America has changed for the worse and it will take time to repair.”

Many experts believe that American decline can only help China, one of the few major countries that roared back to positive economic growth in 2020. Biden says he wants to build a global alliance to tackle Beijing, rather than Trump’s go-it-alone approach.

“This kind of competition will be different from the one under the Trump administration,” said Qingguo Jia, a professor at the School of International Studies at Peking University. “The Trump era was mainly about preventing China from doing things, whereas Biden will mainly focus on how the U.S. could do things better than China.”

Trump has been criticized for soft-balling and even praising Chinese and Russian presidents Xi Jinping and Vladimir Putin, most recently deflecting the blame away from Moscow after it was widely accused of a massive cyberattack on U.S. government agencies and businesses.

But the Kremlin will mostly remember Trump for the dozens of packages of sanctions his administration slapped on Russia, according to Dmitry Trenin, director of the Carnegie Moscow think tank. In that sense, he said, the U.S. policy of confrontation “will not change for the foreseeable future.”

In the Middle East, the nuclear issue looms. Biden’s willingness to return to a nuclear deal abandoned by Trump has been complicated by Tehran’s plans to further reduce compliance.

On Wednesday Iranian President Hassan Rouhani urged Biden to return to the 2015 agreement and lift sanctions on Tehran, while welcoming the end of “tyrant” Trump’s era.

Those moves will also be eyed closely in Israel, as well as Biden’s opposition to settlements in the occupied West Bank and attempted revival of the peace process with the Palestinians.

Biden “keeps saying, ‘I’m going to resume the JCPOA agreement between us and Iran.’ I’m not sure it will be so easy,” said Amos Gilead, a retired Israeli major general who now heads the Institute for Policy and Strategy at the Interdisciplinary Center Herzliya, a research college. He was using the acronym for the Iran nuclear deal, the Joint Comprehensive Plan of Action.

Elsewhere Gulf monarchies that Trump embraced “will be watching closely how the Biden team approaches Iran and any attempts to resurrect the JCPOA,” according to Adel Abdel Ghafar, a foreign policy fellow at the Brookings Doha Center.

“Biden had made some strong anti Saudi statements during the campaign too,” he said, “so Saudi leaders will be watching closely Biden and his team.”

Ice hockey finds new fans in Belfast, where the sport brings some in the divided city together 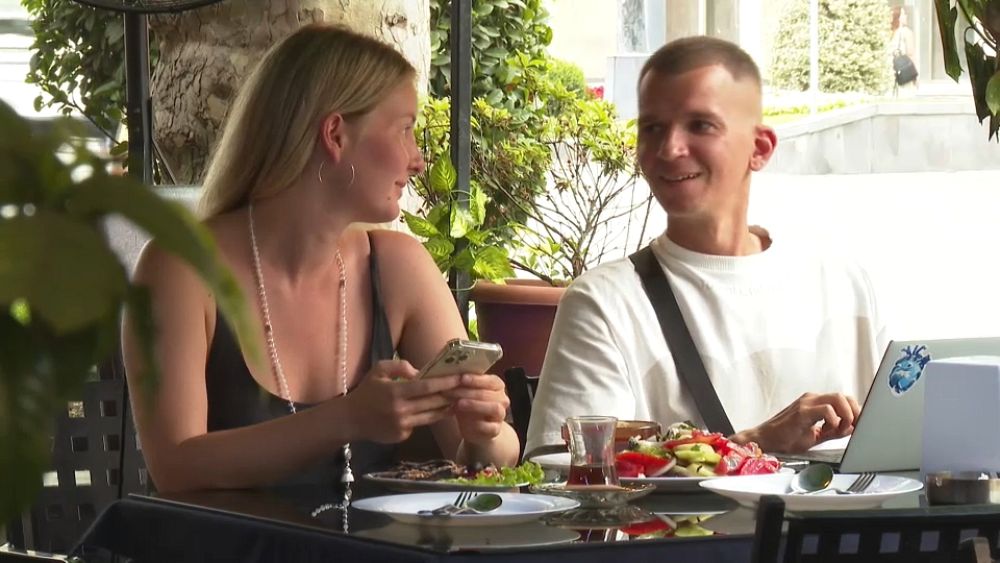 Russian culture in Georgia: Residents angry about presence of music in capital