A patient sits in bed on the COVID-19 ward at Harborview Medical Center in Seattle on January 14, 2022. COVID patients are filling up acute-care units here and at hospitals around the country, even though omicron tends to cause milder cases.

A patient sits in bed on the COVID-19 ward at Harborview Medical Center in Seattle on January 14, 2022. COVID patients are filling up acute-care units here and at hospitals around the country, even though omicron tends to cause milder cases.

Omicron has filled up U.S. hospitals with more COVID-19 patients than any other surge of the pandemic. But there’s been a shift in how the illness behaves since the days of delta, with many cases, even hospitalized ones, milder and quicker to treat.

As with earlier variants, COVID-19 can still be a dangerous, unforgiving disease for patients who are vulnerable either because of underlying medical problems or because they’re not vaccinated. But it’s also increasingly clear that omicron is less likely to inflict the same level of damage as the delta variant.

This is what the real-world evidence from the U.S. and other countries continues to show, including data published this week by the Centers for Disease Control and Prevention: Patients are being hospitalized, landing in the ICU and dying at lower rates than with earlier variants.

“The percentage with omicron is considerably lower,” says Dr. Jeanne Marrazzo, director of infectious diseases at the University of Alabama at Birmingham.

It’s fortunate because omicron is so contagious that, even with a smaller proportion of patients getting very ill, the absolute numbers are still enormous. As a result, new hospital admissions have been higher than during any other surge.

University of Virginia critical care physician Taison Bell says omicron is milder in the same way that a hurricane can be milder than a tornado: the tornado may cut a more destructive path with high-wind speeds, but the hurricane has a much bigger footprint.

“When you have so many more people who are being affected by the storm, you are still going to end up with an overwhelmed health care system,” says Bell, who’s an assistant professor of medicine at UVA.

The flood of COVID cases at Harborview Medical Center adds to the workload of nursing and medical staff, who must pick up duties like cleaning room and delivering meals to lessen the number of people exposed to the virus.

The flood of COVID cases at Harborview Medical Center adds to the workload of nursing and medical staff, who must pick up duties like cleaning room and delivering meals to lessen the number of people exposed to the virus.

Milder, but not mild

During the omicron surge, the rate of hospital admissions has been 27 per 1,000 cases compared to 78 per 1,000 when delta was dominant, according to the CDC study that analyzed data collected from about 200 U.S. hospitals between December 1 and mid January.

These findings are consistent with what other researchers in the U.K and the U.S. have found in previous studies, the CDC authors conclude. Those other studies put the risk of hospitalization with omicron at about half of what was observed with delta, but took into account that more of the population had immunity during the omicron wave.

Patients who do get hospitalized tend to fare better now than earlier in the pandemic.

The risk of being admitted to the ICU during omicron was about 26% lower than during the delta surges and patients were also less likely to die in the hospital, the CDC study found. In-hospital mortality fell from about 12% with delta cases to 7% with omicron.

A person’s risk is still strongly dependent on their age. Hospital admissions were nearly three times higher among adults over 50 than those younger.

The overall improvements are, in large part, a result of the high levels of immunity from vaccination and boosting of the most vulnerable groups, the CDC study authors conclude. “Other key factors for lower disease severity include infection-acquired immunity, and potential lower virulence of the Omicron variant,” they write.

While the CDC study does not differentiate by vaccination status, previous studies of patients hospitalized in the U.S. found the lower risk of hospitalization with omicron held true even among the unvaccinated.

A resident at Harborview Medical Center in Seattle puts on a mask before entering a patient’s room on January 14, 2022.

A resident at Harborview Medical Center in Seattle puts on a mask before entering a patient’s room on January 14, 2022.

The changing clinical picture also reflects what doctors are seeing, but some worry it’s playing into a narrative that COVID-19 has become an altogether “mild” disease. This could not be further from the reality that University of Virginia’s Dr. Bell sees when he walks through his ICU.

“Nothing about this has been mild for us at all,” he says. “We’re still working just as hard to try to keep people alive with omicron as we were with delta.”

As with the delta surge, doctors say the patients who are primarily filling up their hospitals and getting the sickest are the unvaccinated.

“If you look at the ones who’re in the ICU or need to be on a ventilator, it’s much more the unvaccinated,” says Dr. Matthew Sims, director of infectious disease research at Beaumont Health in Michigan, where unvaccinated patients account for about two thirds of their hospitalizations.

Those numbers mirror the situation in many hospitals during the omicron surge, although the breakdown depends on the overall vaccination rates in a community.

Omicron even sickens some unvaccinated people who would otherwise not be considered high risk.

“If they’re young or middle-aged and don’t have a lot of underlying medical problems and they’re in the ICU with COVID, I just kind of know they’re going to be unvaccinated patients,” says Bell.

As of late December, hospitalizations for COVID-19 were 16 times higher among those who were unvaccinated compared to those who were vaccinated, according to the latest data from the CDC, which does not differentiate between delta and omicron cases.

When it comes to vaccinated patients, doctors say the overwhelming majority of those in the hospital for COVID-19 have serious underlying health conditions that make them much more likely to get sick.

“Pretty much all of them are severely immunocompromised or predisposed,” says Dr. Errol Ozdalga, clinical assistant professor of medicine, who’s combed through patient records in his ICU at Stanford University. “Even in the immunocompromised, the vaccines are helping tremendously — it’s just that when a subset of patients get sick, they’re most likely going to be patients who are immunocompromised.”

These tend to be patients with cancer who are on chemotherapy, organ transplant recipients, and those with chronic lung diseases or conditions that suppress their immune system, he says.

“I feel terrible for those patients because they do everything right and because of their medical problems, they can’t get the full benefit of the vaccine,” says Beaumont Health’s Sims.

A health care worker peers into a patient’s room while a medical team attends to a patient in the COVID-19 ward at Harborview Medical Center in Seattle on January 14, 2022.

A health care worker peers into a patient’s room while a medical team attends to a patient in the COVID-19 ward at Harborview Medical Center in Seattle on January 14, 2022.

Dr. Milad Pooran, a critical care physician in Maryland, says the booster shot appears to have kept many vulnerable people from getting critically ill.

“In the last two months, I’ve probably had one patient in the ICU who got very sick, who had gotten the booster,” says Pooran, who is chief medical officer for PHI Healthcare. “The booster is definitely protecting people against getting into the ICU.”

Doctors say there are some key differences in how COVID-19 is playing out in their hospitals. The most striking is that not as many of the patients are suffering from low oxygen levels and trouble breathing.

“The way the virus is acting and its dominant symptom is definitely different this time,” says Dr. Sonja Bartolome, a pulmonary and critical care specialist at UT Southwestern Medical Center in Dallas. Patients come in with upper airway symptoms, including wheezing and coughing, but are less likely to have serious lower lung issues that lead to dangerously low oxygen levels.

At her hospital, Bartolome says only about 40% of their symptomatic COVID-19 patients have needed oxygen during this surge and the rest are primarily there for other symptoms. By contrast, in the delta surge or previously, “almost everyone had a respiratory issue or at least needed some oxygen when they came in,” she says.

This shift in symptoms mirrors what scientists are finding in the lab when they study how omicron infects lung tissue. The variant doesn’t infect the cells deep in the lungs as well as delta.

“And that’s a big difference,” says Stanford’s Ozdalga. “That’s where you get a diagnosis of pneumonia versus bronchitis, which is what we’re really seeing in the current version of the virus.”

Because the variant generally seems easier on the lungs, a smaller proportion of patients are developing acute respiratory distress syndrome, when fluids collects in air sacs of the lungs and fewer need to go on ventilators.

The percentage of patients needing mechanical ventilation is about half of what it was during last year’s winter surge, according to the new CDC data. And researchers at Kaiser Permanente found the number of hospitalized patients on a ventilator was 74% lower than those infected with delta.

But doctors stress that omicron is still able to cause the exact same lung problems that have become the hallmark of the disease: “It still happens, and we’ve got a lot of people on the ventilator in our ICU right now who have that exact same thing,” says Bartolome.

Since fewer patients are dealing with serious respiratory issues, there tend to be other symptoms bringing people to the hospital, says critical care physician Kelly Cawcutt, who’s associate director of infection control and hospital epidemiology at the University of Nebraska Medical Center. “They’ve had a lot of GI problems. They may have had vomiting or diarrhea. They’re feeling weak. They are dehydrated,” she says.

And generally patients are not spending as much time in the hospital. The mean length of hospital stay during omicron is five and a half days compared to about seven or eight days with earlier variants, according to the CDC.

This fits what Dr. Pooran noticed with his patients during the surge in Maryland: “Unlike delta, where the recovery phase would linger, the ones who are going to recover, they recover faster.” But among those who aren’t going to make a turnaround, the patients are looking “exactly the same” to him.

“The lungs fail. They get more stiff and then the kidneys fail. Then the heart starts feeling the stress and you get the multi-organ system failure,” Pooran says. “And ultimately, a vast majority of those patients succumb to the illness.”

Hungarian Roma are translating Amanda Gorman; her poetry speaks to their experience 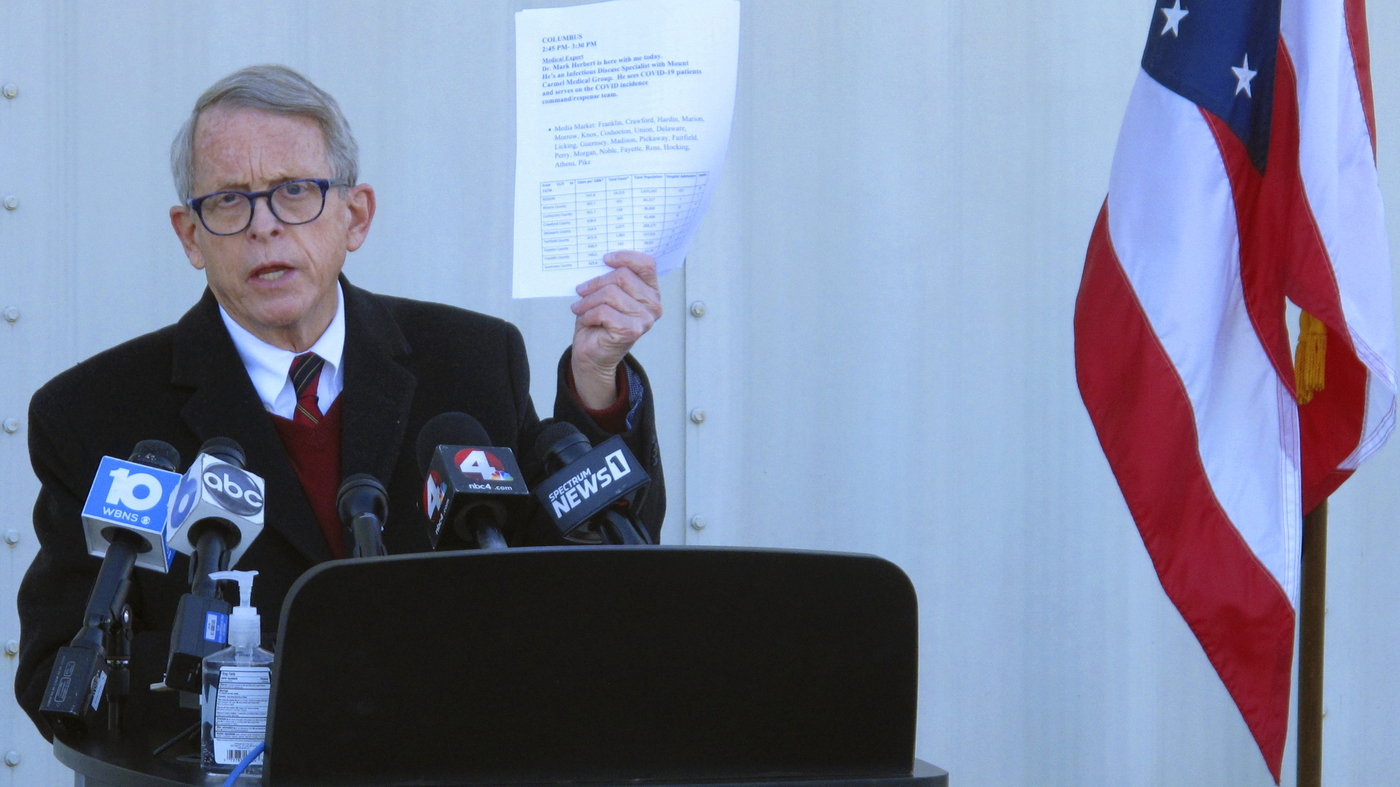 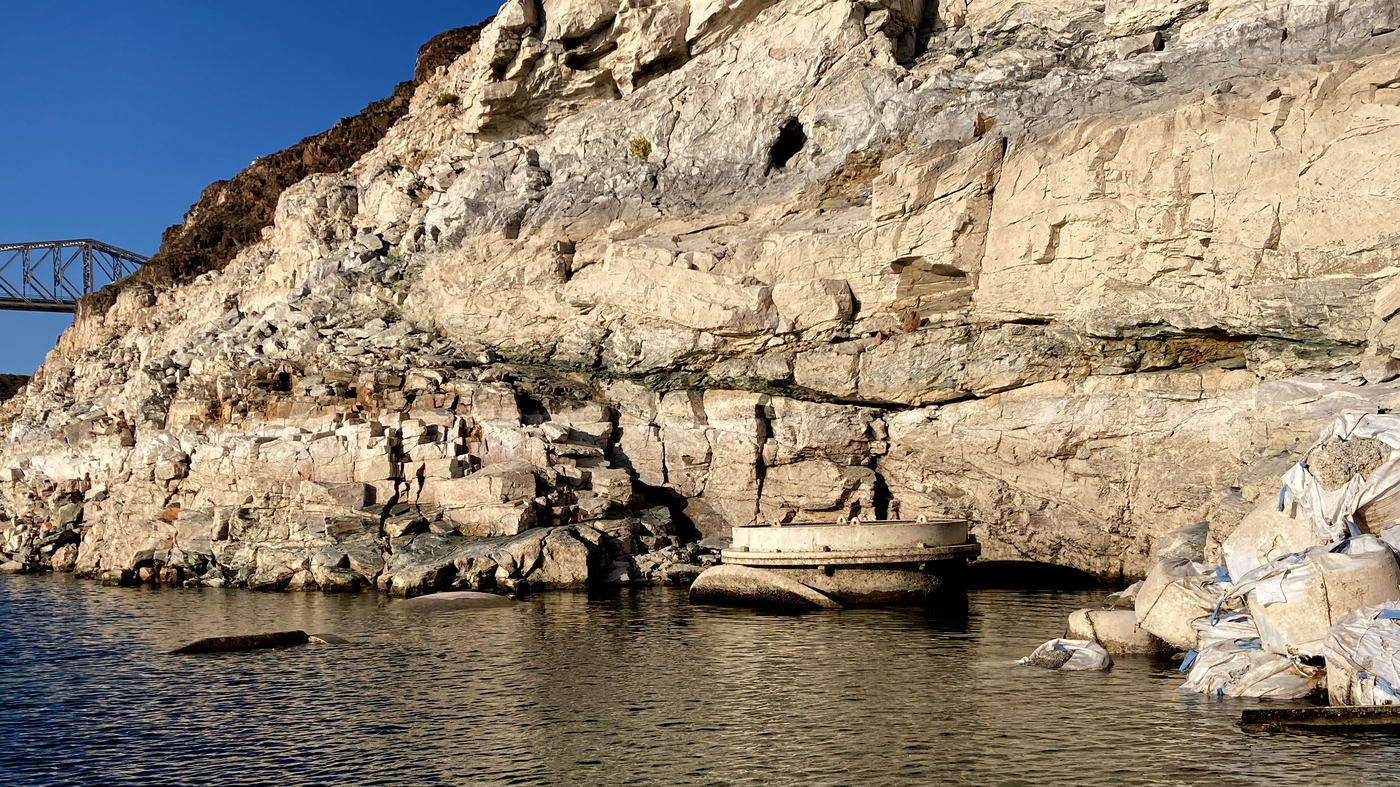 Patient who refused COVID vaccine was denied a heart transplant