On the same day it hosted Super Bowl LV, Florida on Sunday became the first state to report 200 cases of coronavirus variants, according to a USA TODAY analysis.

The concerning news comes as public health officials across the nation are bracing for a possible surge in coronavirus infections for those who may have failed to take heed of warnings not to gather for Super Bowl parties.

The game itself was played before 22,000 masked fans, many of them vaccinated health care workers, at the Tampa Bay Buccaneers’ stadium, but videos on social media after the game showed revelers in Tampa, many maskless and ignoring social distancing guidance, celebrating in the streets.

“At this point in dealing with COVID-19, there is a level of frustration when you see that,” Tampa Mayor Jane Castor said at a Monday morning news conference.

“He is of course concerned when there are pictures and photos — we all are — that show many, many people without masks in close distance with one another at the height of a pandemic,” Psaki said.

The country now has 699 known cases of virus variants, up from 618 on Thursday. Cases of the highly contagious variants have more than doubled since Jan. 27.

Florida holds about 29% of the known variant cases in the country, and now has more variant cases than the entire country had Jan. 23. Each of Florida’s known cases is of B.1.1.7, known as the U.K. variant, which the Centers for Disease Control and Prevention says could be the predominant version in the United States next month.

On Sunday night, the U.S. also reported that B.1.135, known as the South African variant, reached Virginia. The other five known cases are in Maryland and South Carolina. And the P.1 variant, known as the Brazilian variant, has been found in Oklahoma and Minnesota.

USA TODAY is tracking COVID-19 news. Keep refreshing this page for the latest updates. Sign up for our Coronavirus Watch newsletter for updates to your inbox, join our Facebook group or scroll through our in-depth answers to reader questions.

►Pfizer expects to nearly cut in half the amount of time it takes to produce a batch of COVID-19 vaccine from 110 days to an average of 60 as it makes the process more efficient and production is built out, the company told USA TODAY.

►Rep. Ron Wright, R-Texas, who battled lung cancer and was hospitalized after testing positive for COVID-19, has died at 67, his office announced Monday.

►Delta, the only major U.S. airline still blocking middle seats as a mitigation measure against COVID spread, is extending the policy through April.

►China on Monday reported no new local infections of COVID-19 for the first time since Dec. 16, adding hope that its latest efforts to stamp out outbreaks were working, Reuters reported.

📈 Today’s numbers: The U.S. has more than 27 million confirmed coronavirus cases and 463,000 deaths, according to Johns Hopkins University data. The global totals: More than 106 million cases and 2.31 million deaths. More than 59.3 million vaccine doses have been distributed in the U.S. and about 41.2 million have been administered, according to the CDC.

📘 What we’re reading: Fatigue, fever and losing the sense of taste or smell are commonly known symptoms of COVID-19. A British researcher has documented other maladies linked to the coronavirus, and they’re not pleasant.

The new study showing the South African variant of the coronavirus eludes protection from the AstraZeneca/Oxford vaccine means “we must recalibrate our expectations,” according to the researcher who conducted the trial.

There is still much to learn about the variant, which has been detected in only six instances in the U.S. so far. We still don’t know if it’s more transmissible and if so by how much, or whether the AstraZeneca/Oxford vaccine prevents severe disease from the variant, as some scientists expect.

Here are some answers to questions about the variant.

Iowa Gov. Kim Reynolds did not consult with health officials from her administration before lifting pandemic mitigation restrictions, according to lawmakers who spoke with those officials.

The move by the Republican governor, which removed mask requirements and limits on the number of people who could gather in bars and restaurants starting on Super Bowl Sunday, caught many by surprise. Iowa still has a high positivity rate and has fallen to last place in the nation in delivering the first dose of coronavirus vaccine.

“I just can’t understand why the governor would lift that when we still have such a low percentage of vaccinations completed,” said state Sen. Liz Mathis, a Democrat.

A Reynolds spokesman said the decision came in response to a significant reduction in COVID hospitalizations.

US reports 88K new cases; first week of February deadlier than all of June

The 88,044 new COVID-19 cases reported in the United States on Sunday was the low marker in three months, but it still represents an average of more than a case per second, a USA TODAY analysis of Johns Hopkins University data found.

The country hadn’t reported fewer than new 100,000 cases in a day since Nov. 2, except for Christmas Day, when some states didn’t report numbers.

That first week of deaths in February is greater than the number of deaths reported in all of June.

Chicago schools are set to reopen this week after a tentative agreement was worked out with the teachers’ union over COVID-19 safety protocols, potentially averting a strike in the third-largest school district in the nation.

Under the possible deal, which still requires approval by the Chicago Teachers Union, pre-K and special education programs would return Thursday and other groups would be staggered. Kindergarten through fifth grade students would go back to school March 1 and middle schoolers a week later. No return date has been set for high schoolers.

Elsewhere, the unions that represent San Francisco school district workers said Sunday that they also have tentatively agreed to a deal that would allow public schools to reopen, the San Francisco Chronicle reported.

And in New York City, middle schools are to reopen Feb. 25, bringing 62,000 more students back to the classroom after shuttering in November.

Pfizer expects to nearly cut in half the amount of time it takes to produce a batch of COVID-19 vaccine from 110 days to an average of 60 as it makes the process more efficient and production is built out, the company told USA TODAY.

As the nation revs up its vaccination programs, the increase could help relieve bottlenecks caused by vaccine shortages.

“We call this ‘Project Light Speed,’ and it’s called that for a reason,” said Chaz Calitri, Pfizer’s vice president for operations for sterile injectables, who runs the company’s plant in Kalamazoo, Michigan. “Just in the last month we’ve doubled output.”

The nation’s top infectious disease expert said Sunday that it would not be prudent to delay second doses of COVID vaccines because it would take too long to study the impact.

From “a theoretical standpoint” it would be good to know the durability of one dose, he said. But the Pfizer and Moderna vaccines have been thoroughly tested for a second dose in three weeks and four weeks, respectively, he said.

“The amount of time that it will take, the amount of people you would have to put into the study – by that time, we will already be in the arena of having enough vaccines to go around anyway,” Fauci said on NBC News’ Meet the Press. “What we have right now, and what we must go with, is the scientific data that we’ve accumulated, and it’s really very solid.” 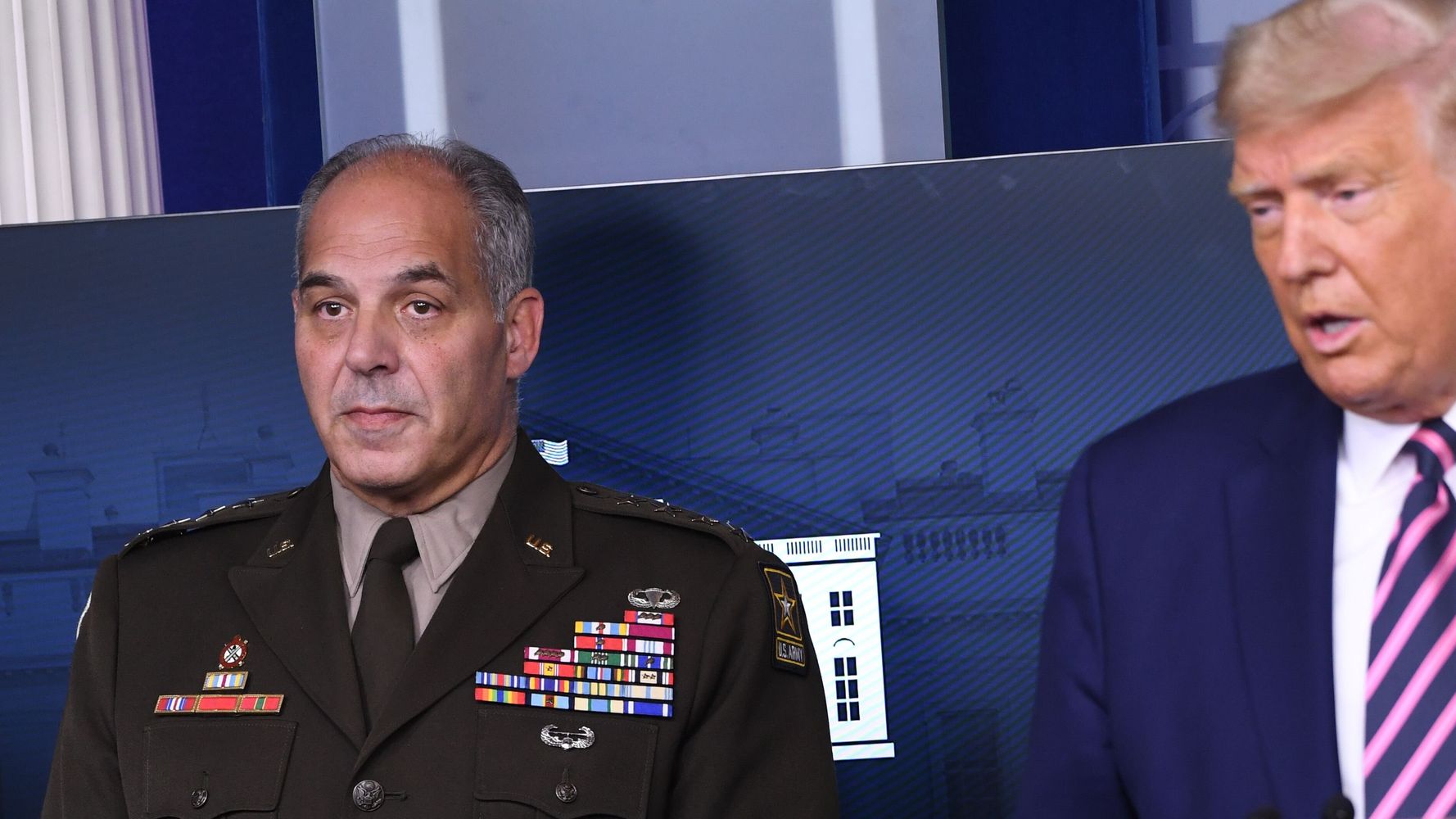 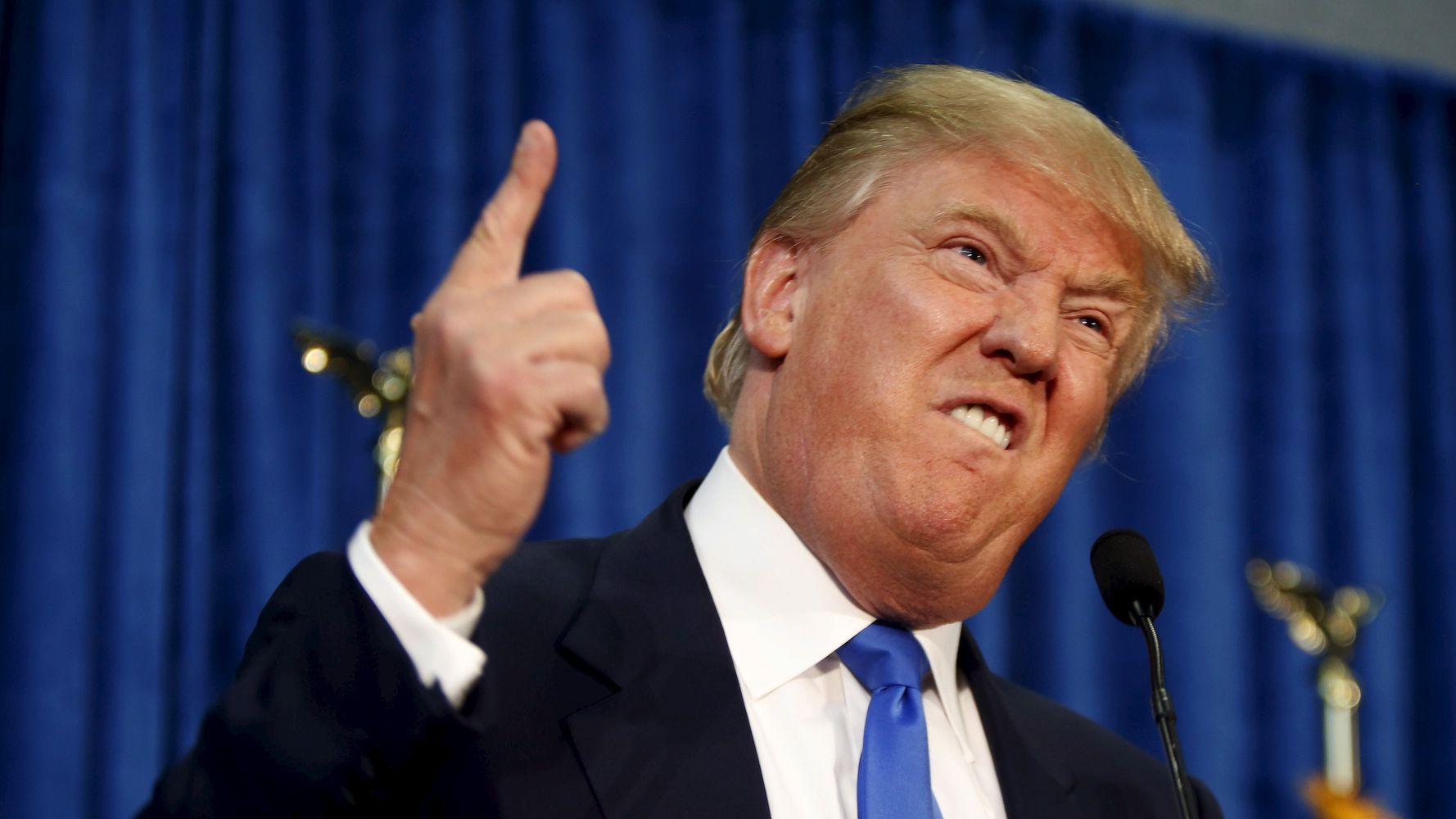 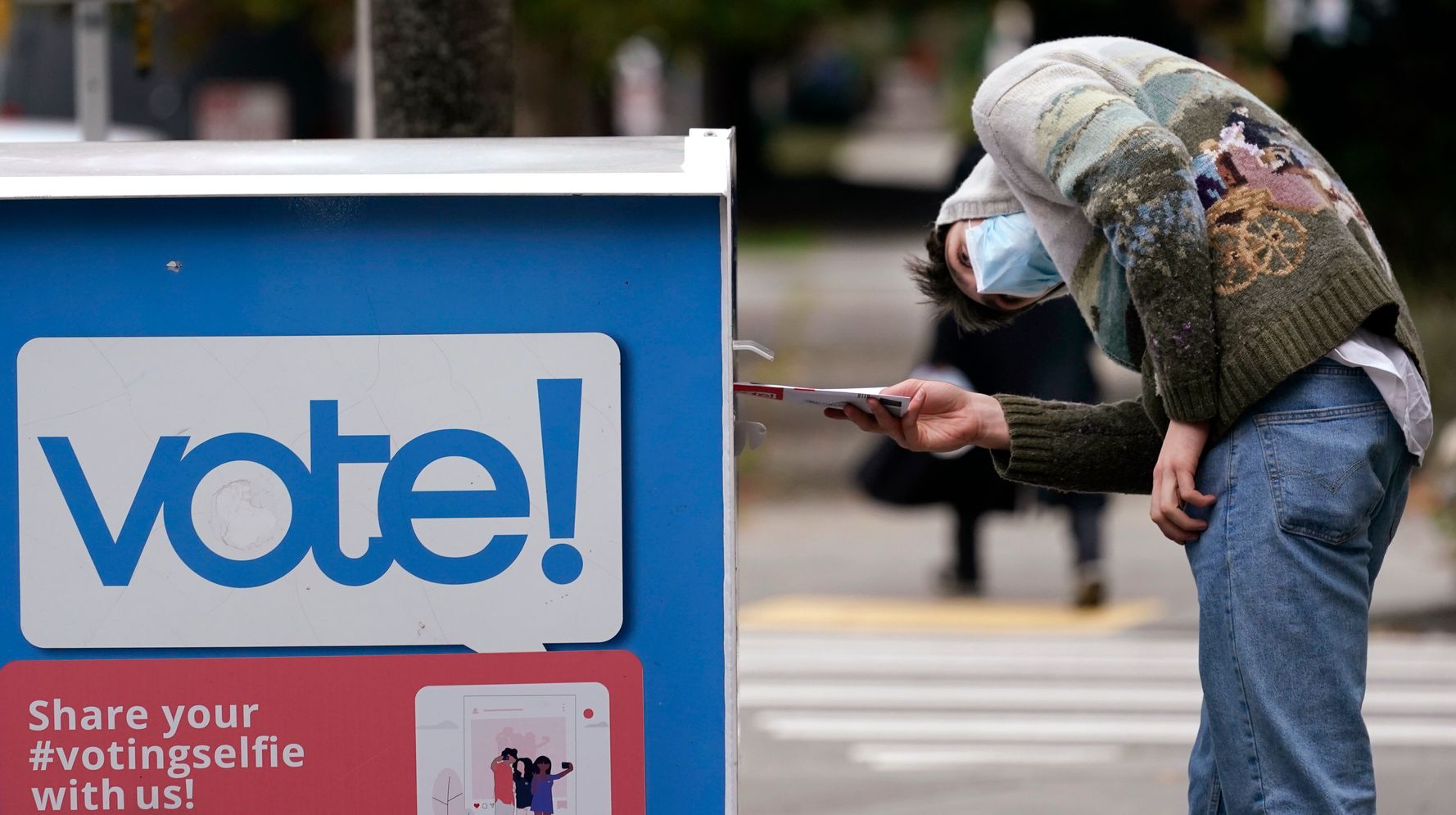 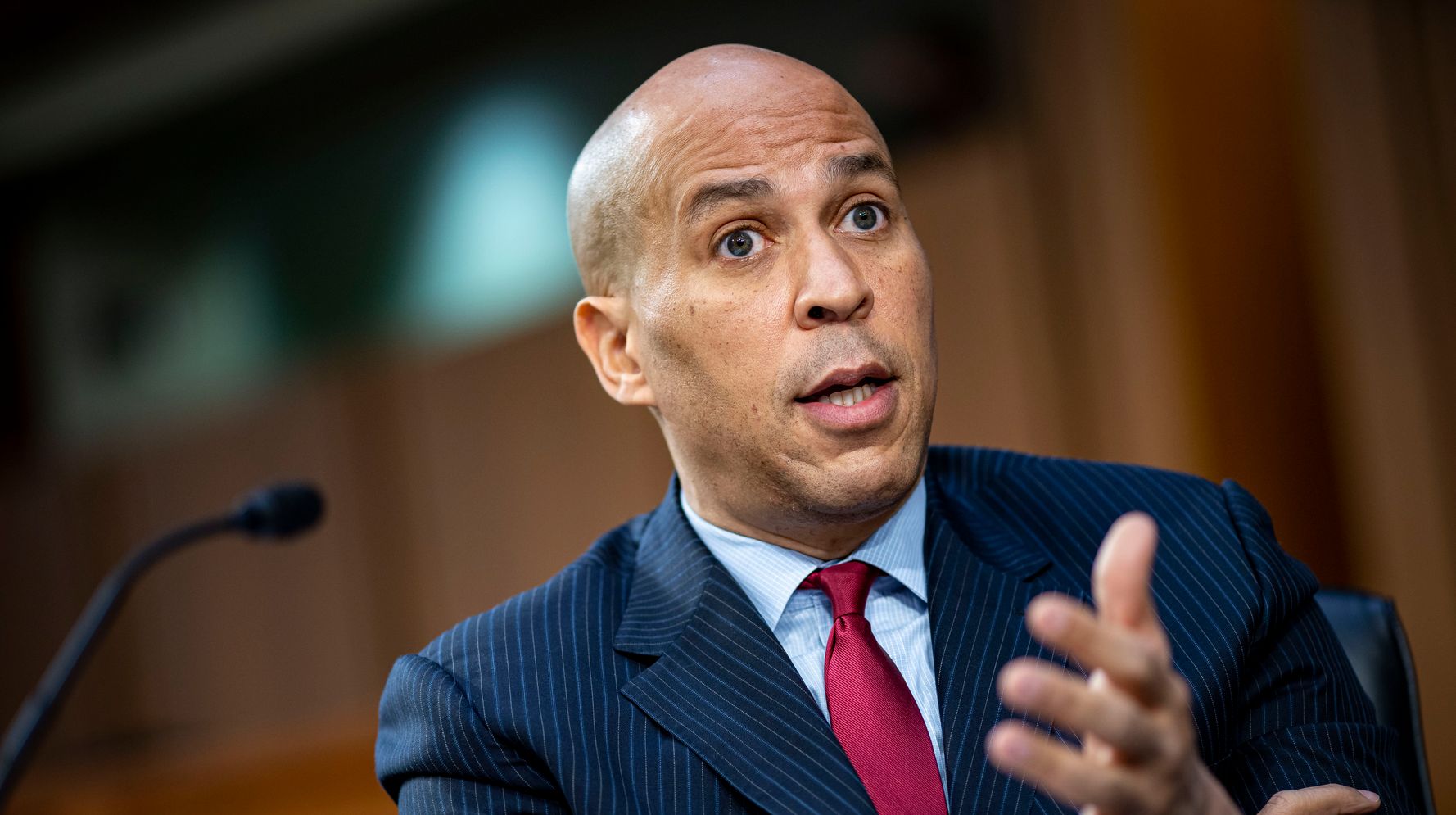 Cory Booker Says The Filibuster ‘Has To Be Reformed’