With the flick of a switch, it comes to life.

The aluminum robotic arm, situated on a dining room table and armed with a spoon, lifts itself above the bowl then swoops down in one fell motion and scoops up a potato and comes to a stop, waiting for Matt McKeown to lean down and bite.

Simply said, McKeown, 39, is a matter-of-fact, solution-driven man. When describing the first twitches and involuntary clenching, his narration is unencumbered by emotion as he details the series of signs that led him to doctors.

“The first time was a muscle twitch in my left shoulder,” said McKeown, recalling back to July 2017. In about a month, the twitches spread to his entire arm, “they’re kind of intermittent almost like the way fireflies light up, just kind of here, there, everywhere, my twitches are just like that.”

It took another couple of months, when his left hand involuntarily closed during a yawn, for McKeown to reach out to his doctor.

Getting diagnosed with amyotrophic lateral sclerosis, more commonly referred to as ALS or Lou Gehrig’s disease, is a lengthy process. Because there is no singular test for the neurodegenerative disease, doctors essentially test for other diseases and if all yield negative results, then an ALS diagnosis is typically the answer.

ALS, which is usually fatal in two to five years, affects nerve cells in the brain and spinal cord, causing people to lose their ability to control their limbs and their speech.

McKeown, an avid outdoorsman, skilled golfer and bowler, retained his ability to walk two years into his diagnosis without relying on a mobility aid. ALS is characterized by gradual onset of progressive muscle weakness — for McKeown, it started with his arms then his head before reaching his legs then chest.

When his fingertips became mostly paralyzed in later 2017, McKeown had trouble opening containers and gripping smaller items like lids. So, he grabbed some tools.

“Obviously, being an engineer, tools are second nature to me,” McKeown said. “I bought fix or six pairs of needle-nose pliers and stashed them in the car, the kitchen, the bathroom and every room and those pliers became my fingertips. With that, I could turn hand strength into grip strength.

“Once I did that, my mind just changed.”

As his muscles grew weaker, McKeown used his stronger muscles and tools to compensate, turning shoulder strength into hand strength and so on.

“I went nuts on Amazon, just buying every tool and gadget I could — just trying to find things to help me live a normal life as long as I could,” he said. “It was kind of an evolution.”

Enlisting the help of his friend and former co-worker, McKeown created a feeding robot that’s able to grip silverware and spoon food when prompted. Assistive feeding robots can retail between $4,500 and $6,000; McKeown made his for about $300.

“It just seemed wrong to charge that much for something that could be so helpful so that’s why I decided to do it myself with the help of my very talented friend,” said McKeown, who grew up in Walled Lake.

As an ALS patient progresses through the disease, their needs become greater and they have to turn to caregivers and assistive equipment to maintain any semblance of independence. Caring for a person with ALS can cost up to $250,000, according to an estimate by the ALS Association.

“When you take that overwhelmingness away as far as having to worry about how we’re going to cover this and that, I think that they can spend a little bit more time with their family and they can concentrate of what does quality of life mean to them,” said Tanya Peterson, care services manager with the ALS Association of Michigan. “It’s all about just living life, the best way that they can, and not having to worry about how do I deal with this bill and maybe fighting with the insurance company because these people have such a limited time.”

Even with the best insurance, ALS patients are typically left to cover the remainder of costs, Peterson said. These costs can be mitigated by turning to nonprofits for grants and supplies from loan closets or, in some cases, community fundraising.

Because of the complex and long journey to diagnosis and the speed of symptom progression, ALS patients can be well into their condition before they were able to receive benefits with the previous requirements in place. Eliminating the waiting period alleviates the financial burden on patients and families and getting SSDI gives patients access to Medicare health coverage.

The second model of McKeown’s feeding robot, built to be faster, stronger and better equipped to reach into corners and navigate curves of dinnerware, is in development.

Contributions to finding a cure

McKeown medically retired in March 2020 and three months later moved in with his best friend and college roommate Dave Nay and his family in Novi from his home in Fowlerville, where he lived alone. Dave’s wife, Catherine, acts as McKeown’s caregiver in between regular assistance from professionals.

In the Nay’s home, McKeown has a space of his own — complete with a home theater and a full bathroom — and is firmly integrated in the family’s daily rhythm.

Still, with a host of loving people at the ready to help him at a moment’s notice, he maintains his independence in the ways he still can.

“It was evident very early to me that to give this thing the best fight I could, I had to stay engaged,” McKeown said. “I had to keep a smile on my face whenever I could and I kind of had to keep life normal to stop my mind from spiraling downward and everything I could do to keep that momentum going on independence I believe has played a big factor in keeping me as healthy as I am as long as I have.”

As their autonomy quickly slips from their grasp, ALS patients continue to participate in hobbies in active ways before transitioning to passive engagement.

“It’s hard when everything is changing and your idea of normal is a constantly moving target,” said Dr. Stephen Goutman, director of the Pranger ALS Clinic at University of Michigan. “As your normal changes, how do you hold on to what makes you, you and allow that to slowly change over time?”

McKeown has submitted a list of nearly 100 tools that he has been able to use either as intended or in alternative ways, like barbecue tongs to fish clothes out of the dryer or hay bale hooks for grabbing, to the clinic. He’s known in the clinic for his eagerness to participate in research, whether it required him to complete surveys or submit blood samples, staff at the clinic already know he would sign up when eligible.

“People with ALS are really generous,” Goutman said. “We’ve seen an incredible desire in the patients that we see to participate in our research in really high participation numbers to help us find the causes of ALS.”

With some — but little — hope that clinical trials will be able to help them directly, ALS patients donate their time and energy for the possibility of helping the next person with the disease.

“There’s no hope of a cure or finding a better drug at this point, but you just want to try to make the future better than the present,” McKeown said, looking down at the scars on his forearm from where researchers collected skin cells to turn into motor neurons in a lab, perhaps someday leading doctors to a breakthrough in finding a cure.

Combat Veterans for Congress PAC: Military "Extremism" Purge May Result in Conservatives Being Driven out of the US Military

Michael B. Jordan’s Girlfriends: A Look Back At His Dating History 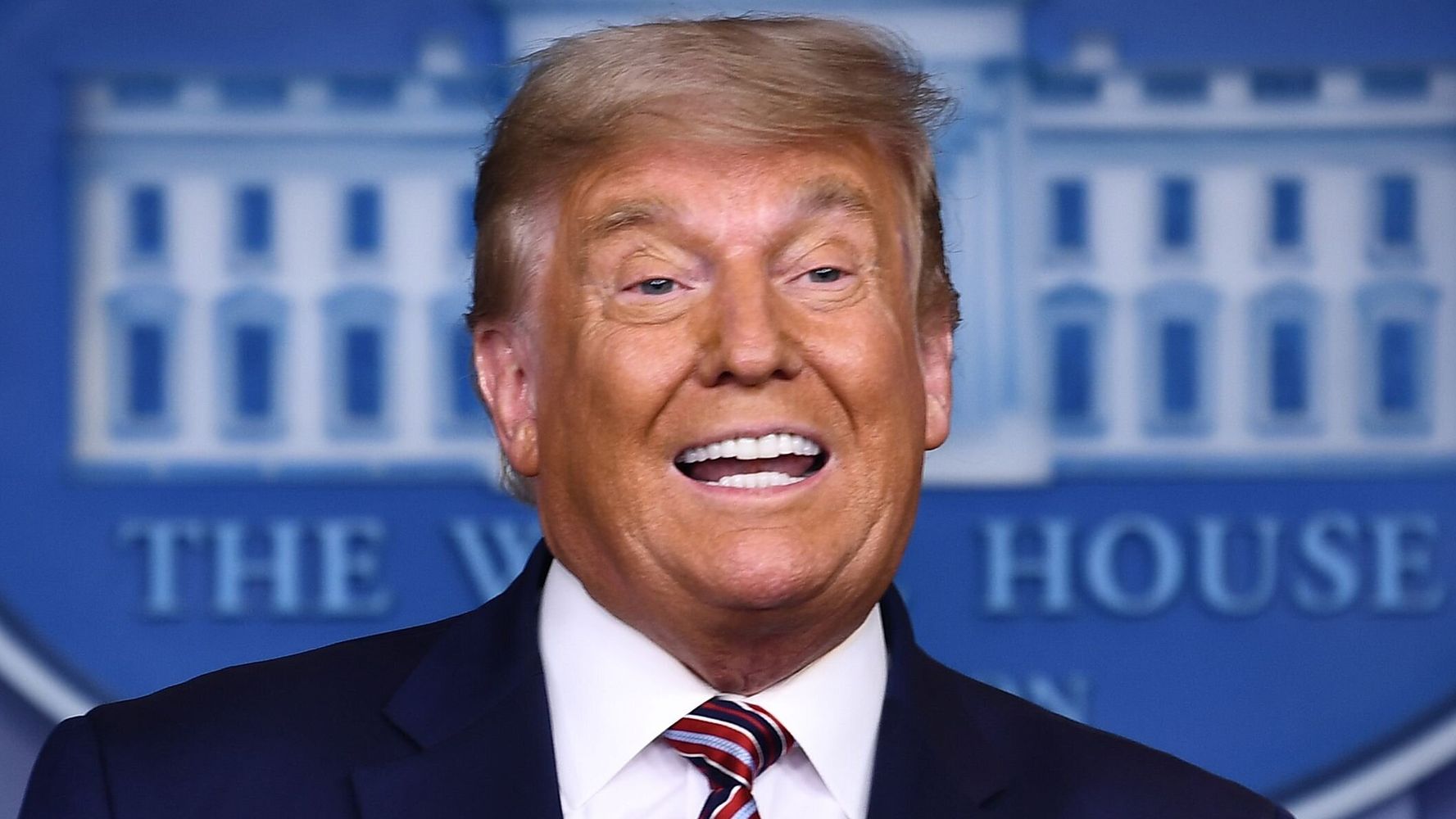 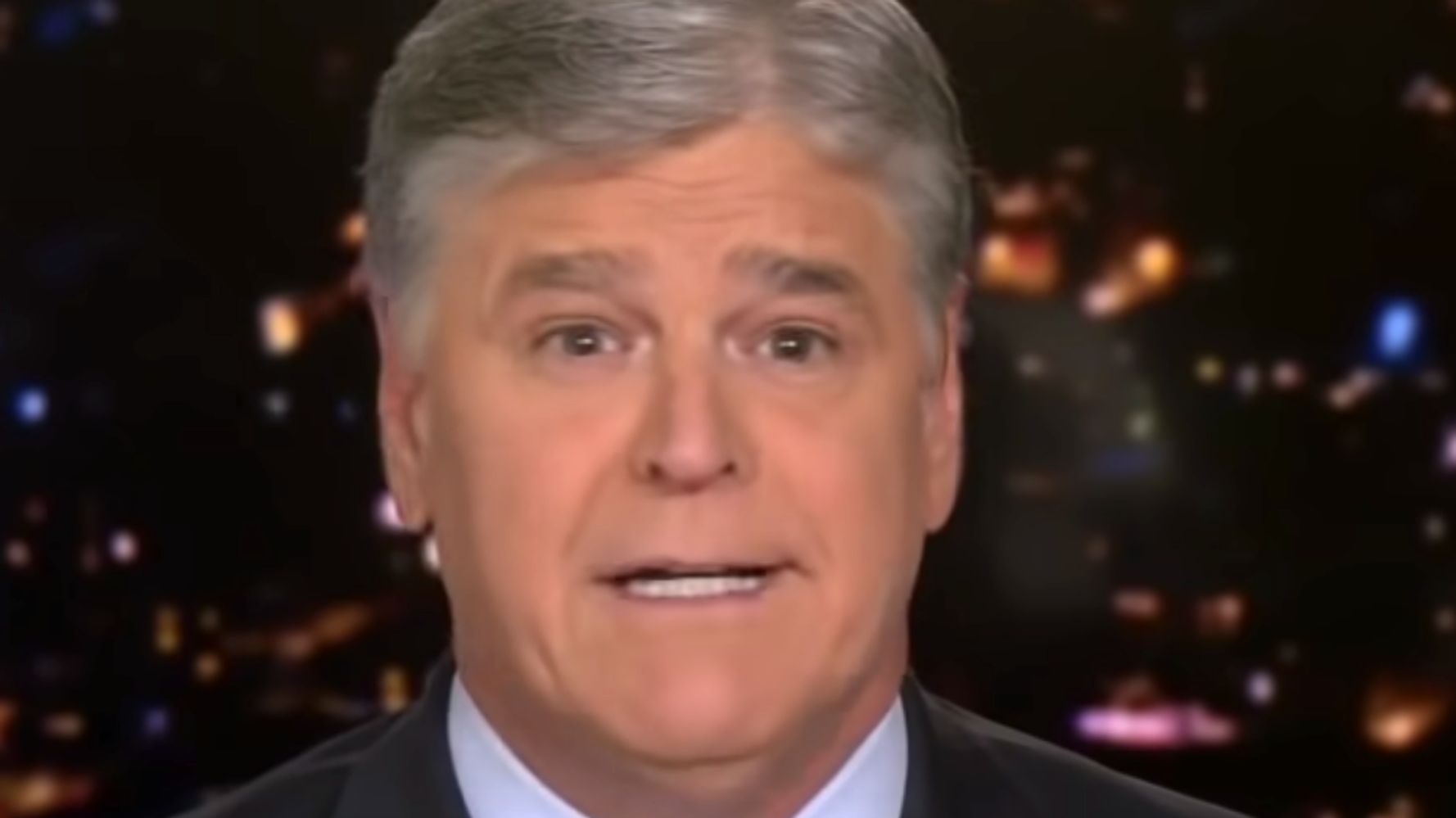 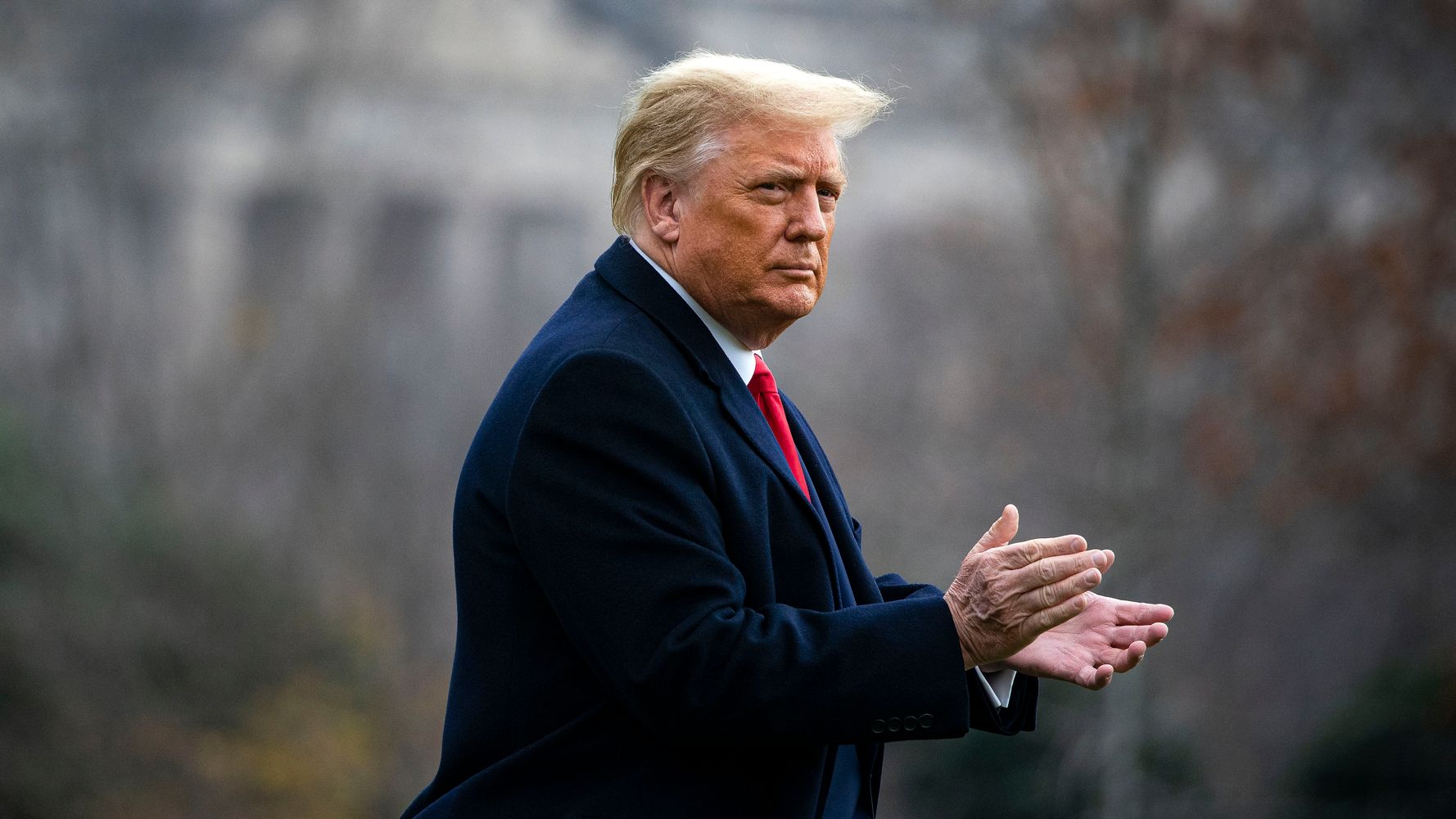 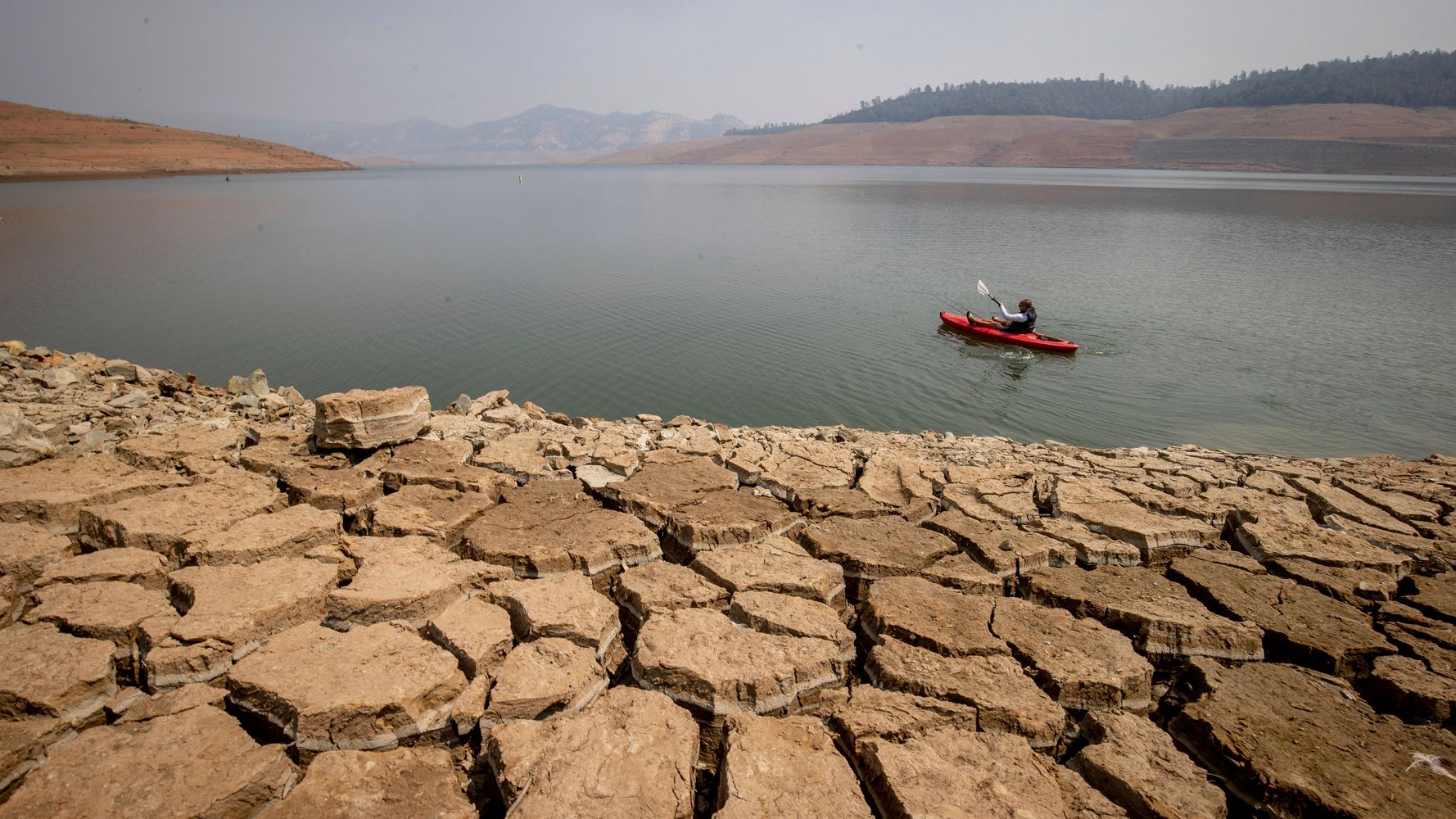