The International Space Station depends on a mix of U.S. and Russian parts. “I hope we can hold it together as long as we can,” says former NASA astronaut Scott Kelly.

The International Space Station depends on a mix of U.S. and Russian parts. “I hope we can hold it together as long as we can,” says former NASA astronaut Scott Kelly.

On the ground, tensions between the U.S. and Russia are running high.

Aboard the jointly controlled International Space Station (ISS), however, the tone is very different: American astronauts live side-by-side with Russian cosmonauts; they regularly check in with mission control centers in both countries; and supplies arrive aboard Russian and U.S. spacecraft alike.

NASA administrator Bill Nelson expects all that to continue for the foreseeable future: “I see nothing that has interrupted that professional relationship,” Nelson said at a Senate hearing earlier this month. “No matter how awful Putin is conducting a war with such disastrous results in Ukraine.”

But as the decades-old station nears the end of its physical lifespan, some experts worry that the long-standing relationship may come to an end.

“I hope we can hold it together as long as we can,” says Scott Kelly, a former astronaut who lived alongside Russian cosmonauts for nearly a year.

But he adds, NASA should prepare for the possibility that Russia might soon end its participation: “I think what they’ve shown us is they’re capable of anything,” he says.

A longstanding partnership starts to unravel

For 23 years, the space station has floated above the politics of planet earth as a symbol of unity between several nations around the globe.

It launched largely as a U.S.-Russian project in 1998, when it seemed possible the two foes could make a new start. The station was designed so that each side literally needed the other to survive: The U.S. provides power, while Russia keeps the station at the correct altitude and orientation.

At the time “it was in the U.S. national interest to engage with Russia,” says Mariel Borowitz, an associate professor at the Sam Nunn School of International Affairs at the Georgia Institute of Technology. The joint program kept Russian rocket scientists employed during a moment when Russia faced political and economic instability, she says.

Kelly notes that by depending solely on Russia systems for certain functions, NASA was able to save money.

In 2011, the interdependency grew even stronger. NASA retired the space shuttle, which regularly carried astronauts and supplies to the station. Without the shuttle, the space agency relied on Russia’s space program to get its astronauts to the station. Kelly says the Russian program excelled at launching humans into orbit. “They can reliably put three people into space and bring them home,” he says. “That’s what they do very, very well.”

For nearly a decade, the U.S. relied on Russia’s Soyuz rockets to get its astronauts to the space station.

For nearly a decade, the U.S. relied on Russia’s Soyuz rockets to get its astronauts to the space station.

The U.S. may have needed a ride, but they also had plenty of what Russia’s space agency required – money.

NASA paid billions over the years for its seats aboard the Soyuz rocket, helping keep the venerable Russian space program financially afloat.

The symbiotic relationship has endured even as things on the Earth have deteriorated: Wars, assassination attempts and allegations of political meddling have not been enough to send the space station off course. But a mix of geopolitical and technical factors are now bringing rapid change to the collaboration.

The end of that vital tie was big at the time, but it pales in comparison to Russia’s decision to invade Ukraine. The war has strained almost every aspect of U.S. and Russian relations, and it has already ruptured another long-standing Russian collaboration with the European Space Agency, or ESA.

“There was ongoing cooperation between Europe and Russia on different things, and it’s being severed,” says Tomas Hrozensky, a research fellow at the European Space Policy Institute in Vienna, Austria. ESA has kicked Russia out of its lunar program, and a long-awaited European mission to Mars is suspended, because it was set to go to space later this year aboard a Russian rocket.

“As a consequence of the war in Ukraine, the member states of ESA have put significant sanctions on Russia,” ESA’s director general, Josef Aschbacher, said at a recent NASA press conference. The decision to suspend the rover mission “is painful” he conceded.

Russia’s interest in Western collaboration has also cooled as the war has heated up.

In response to European sanctions, the country suspended Soyuz launches from ESA’s spaceport in French Guiana. And late last month, the head of Russia’s space agency, a prickly politician named Dmitry Rogozin, hinted that Russia may soon announce it will pull out of the space station.

“The decision has already been made,” Rogozin said during an interview on Russian state television. “We aren’t obligated to talk about it publicly. I can only say one thing: that in accordance with our obligations we will notify our partners a year in advance about the end of our work on the ISS.”

NASA would like to keep the station running until 2030, but the Russian components are among the oldest parts and are only certified to operate until 2024, says Anatoly Zak, publisher of Russianspaceweb.com, a site that has long tracked the Russian space program. “Beyond that [date], Russia will need to make some additional investments and some political commitments,” he says.

Both Zak and Borowitz say they’re not sure how seriously to take Rogozin’s threats of withdrawal. He has made similar statements in the past, Borowitz notes, but without the space station, or some kind of replacement, “they’re going to be in a situation where their cosmonauts don’t have a clear mission.”

“It would be politically very costly for Russia not to have human spaceflight,” Zak says. The space program “has a huge role in Russian propaganda and Russian politics.”

Cosmonauts unfurled a Soviet-era victory banner on a recent space walk. The banner, which is used to mark “Victory Day” in Russia, has also been used frequently by Russian forces in Ukraine.

Cosmonauts unfurled a Soviet-era victory banner on a recent space walk. The banner, which is used to mark “Victory Day” in Russia, has also been used frequently by Russian forces in Ukraine.

Indeed the station has played a part in Russia’s propaganda efforts around its latest war.

Soviet-era memorabilia has begun to appear in the Russian part of the station, Zak notes. And on a space walk in April, two cosmonauts unfurled a Soviet victory banner to celebrate Russia’s “Victory Day” that marks the defeat of Nazi Germany in 1945. The banner has more recently been flown by Russian forces throughout Ukraine.

NASA astronaut Scott Kelly says the U.S. should start thinking about how to keep the station operating without the Russians. “It would be really really hard, but I think NASA is great at doing really, really hard things,” he says.

Kelly, an outspoken opponent of Russia’s actions in Ukraine, says he supports continuing to work together in space, for the time being.

But as the war grinds on and the allegations of atrocities grow, he says his views may change: “At some point, things like murdering innocent people, rape, genocide – transcend the importance of space cooperation.”

John Legend wants to transform the criminal justice system, one DA at a time 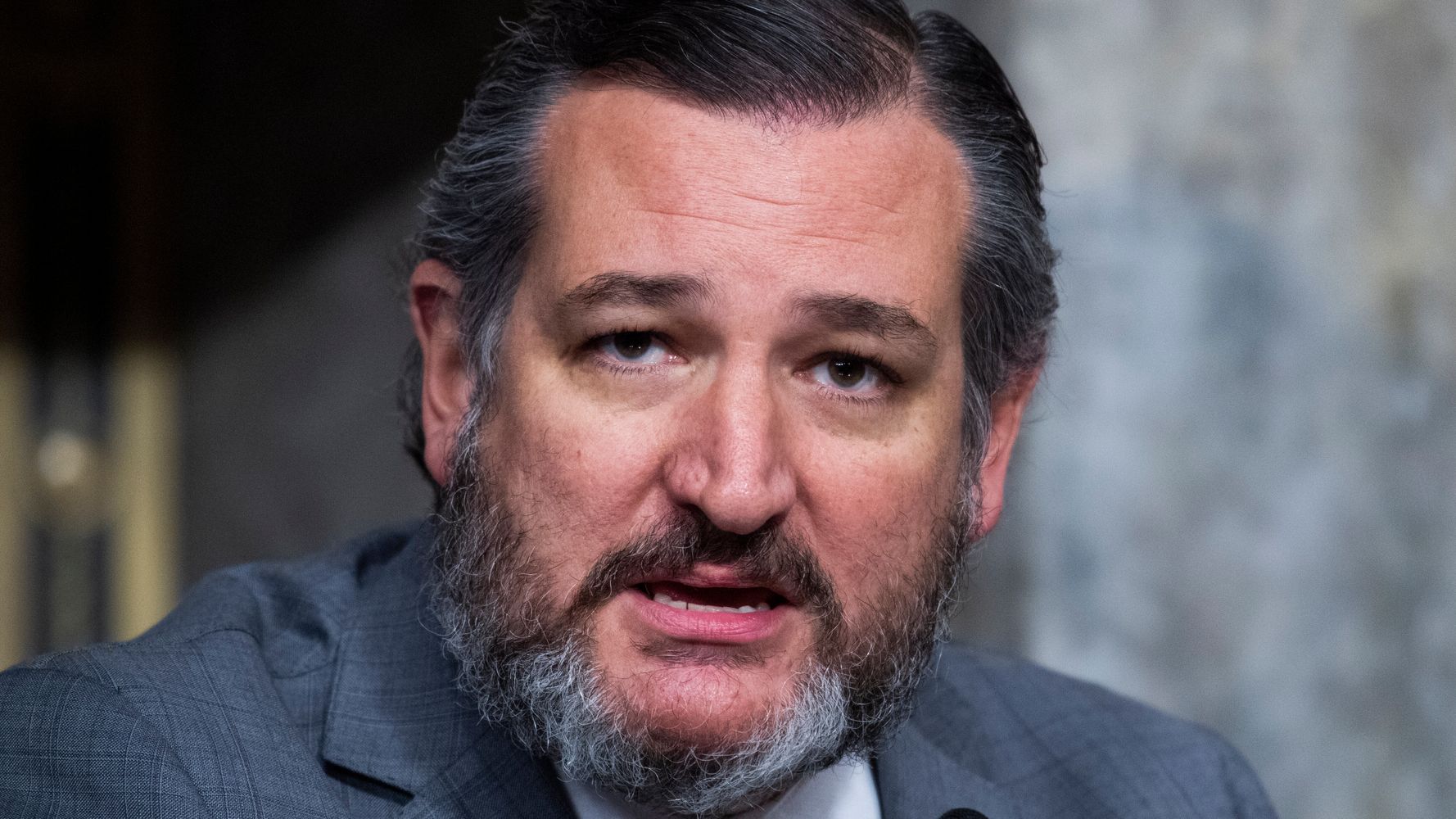 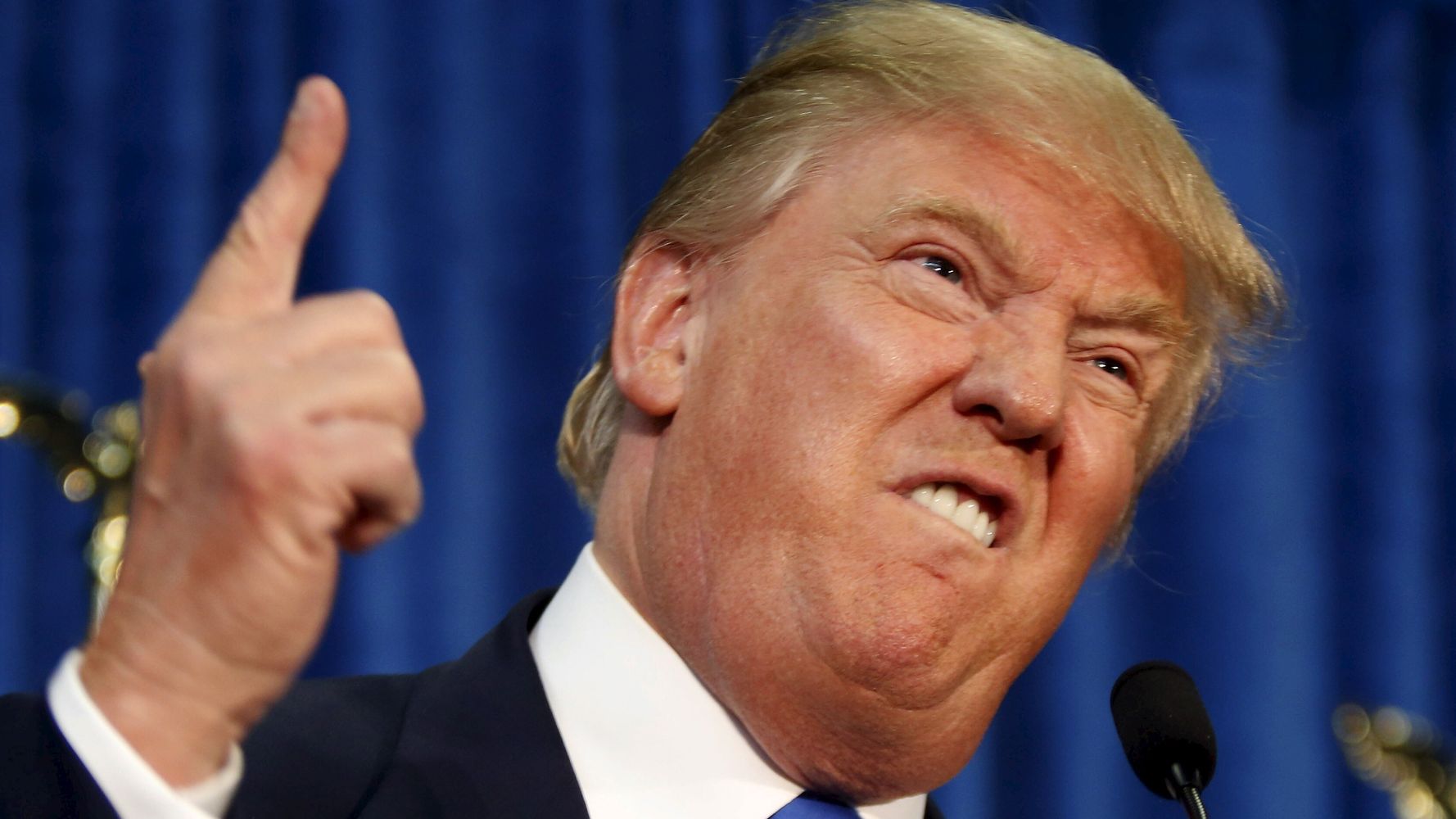 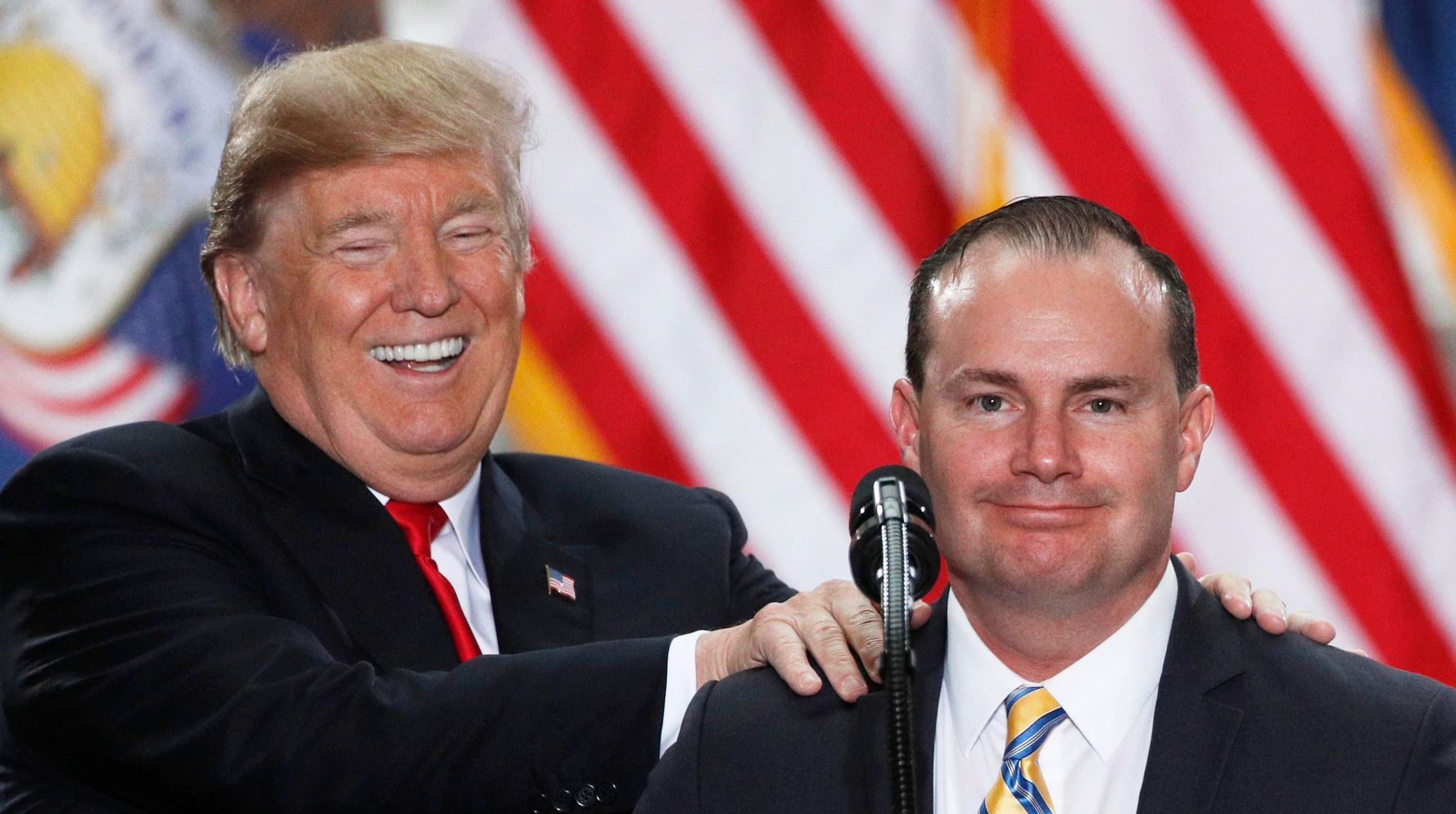 Trump Can No Longer Funnel GOP Money To Himself, But Others Are Doing It For Him 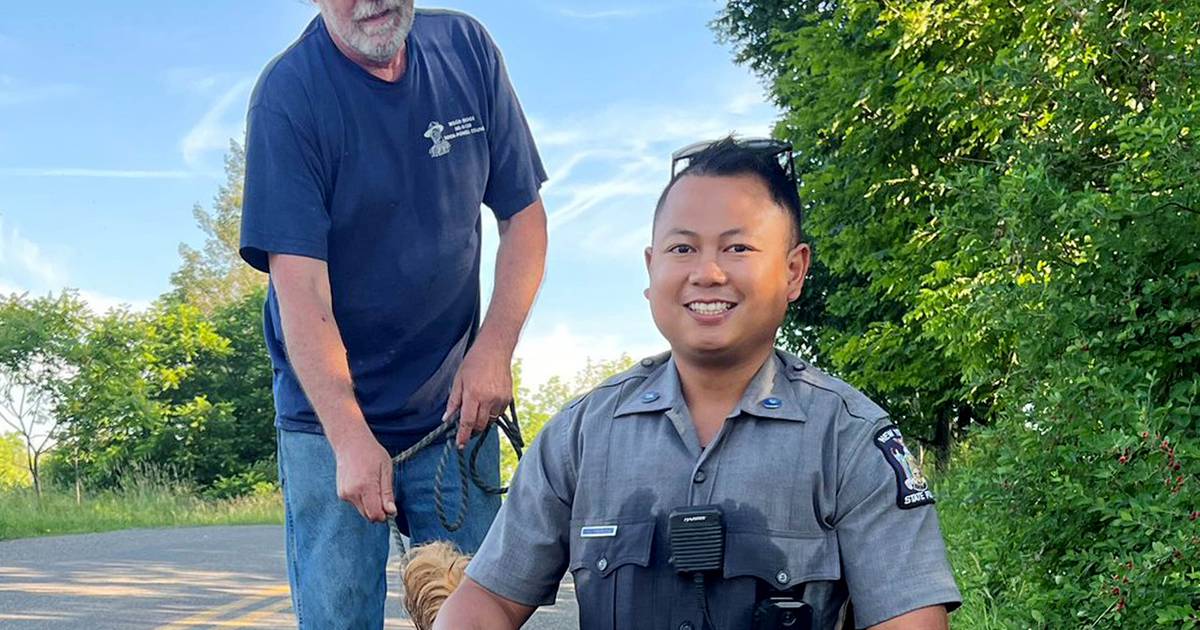