Health workers from Tongji Hospital in Wuhan, China, share an emotional embrace with their peers from a hospital in Jilin province at the Tianhe Airport. Colleagues who worked on the front lines together bid farewell as Wuhan lifted its coronavirus lockdown in April. 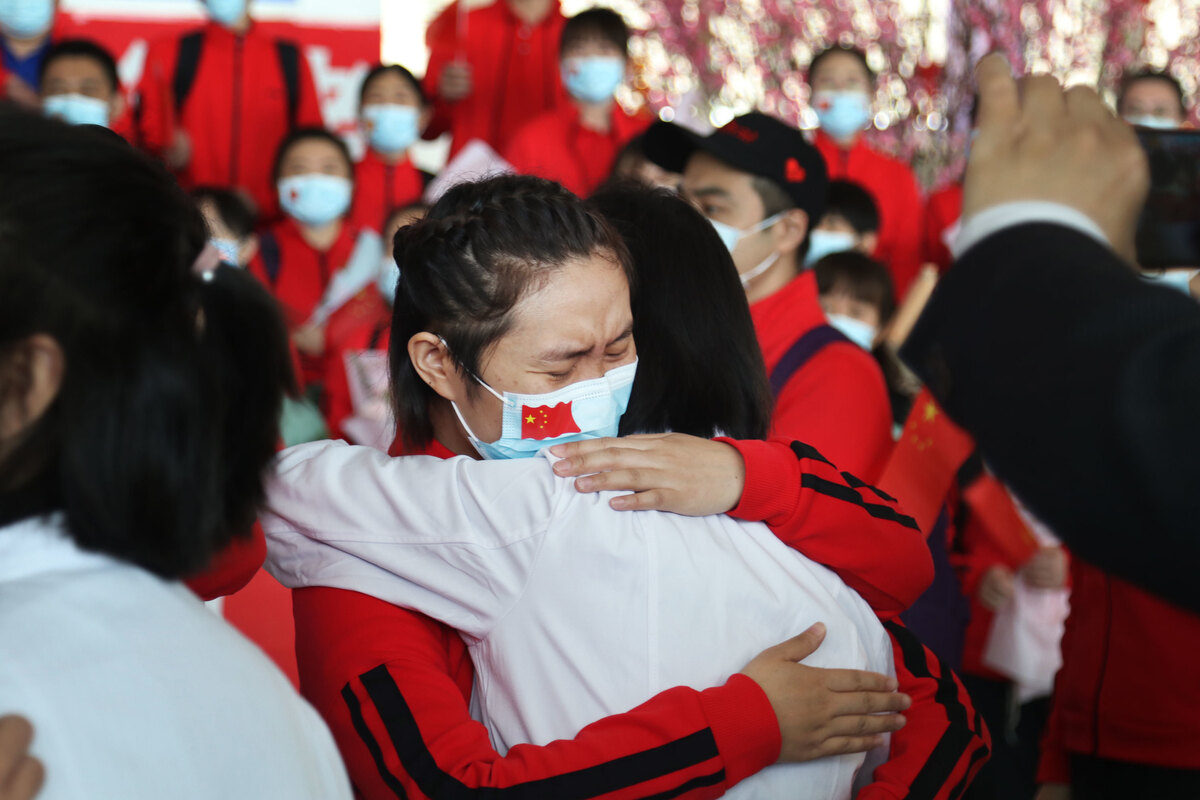 Health workers from Tongji Hospital in Wuhan, China, share an emotional embrace with their peers from a hospital in Jilin province at the Tianhe Airport. Colleagues who worked on the front lines together bid farewell as Wuhan lifted its coronavirus lockdown in April.

This past year was like no other. The world suffered deeply from the novel coronavirus and many endured difficult sacrifices. But other news never stopped in 2020.

Tensions escalated with Iran after the U.S. killed a top Iranian general. Britain made an arduous exit from the European Union. China enacted tough new authority over Hong Kong. The racial justice movement in the United States set off solidarity protests in many other countries. And that was just in the first half of the year.

All the while, NPR’s far-flung journalists and contributing reporters labored harder than ever to cover the globe, as pandemic travel and physical-distancing rules forced them to adapt.

Here are some of the International Desk’s most popular digital stories of 2020, based on page views and time readers spent with pieces.

In March, Germany’s feat of keeping its COVID-19-related death rate far lower than many nations became one of the International Desk’s most-read stories of the year. — Rob Schmitz

As China’s Wuhan Ends Its Long Quarantine, Residents Feel A Mix Of Joy And Fear

The end of Wuhan’s 76-day lockdown in April was a milestone in China’s efforts to contain the coronavirus. — Emily Feng 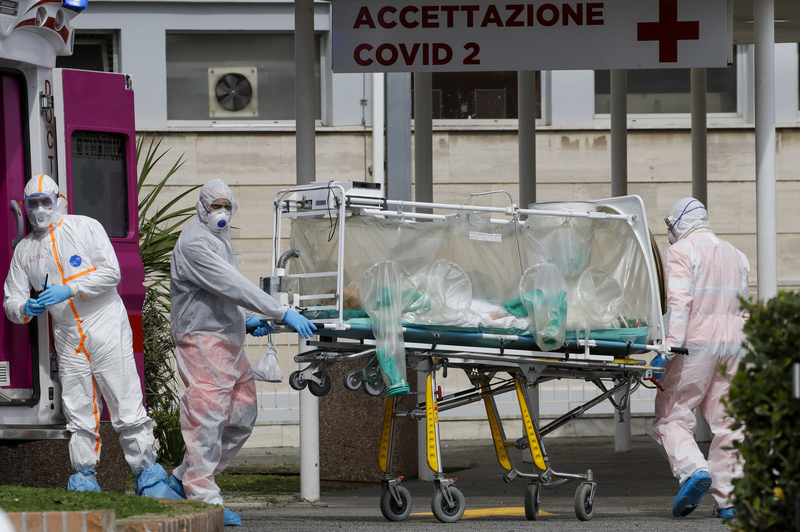 A patient in a biocontainment unit is carried on a stretcher from an ambulance at the Columbus Covid 2 Hospital in Rome, March 17. 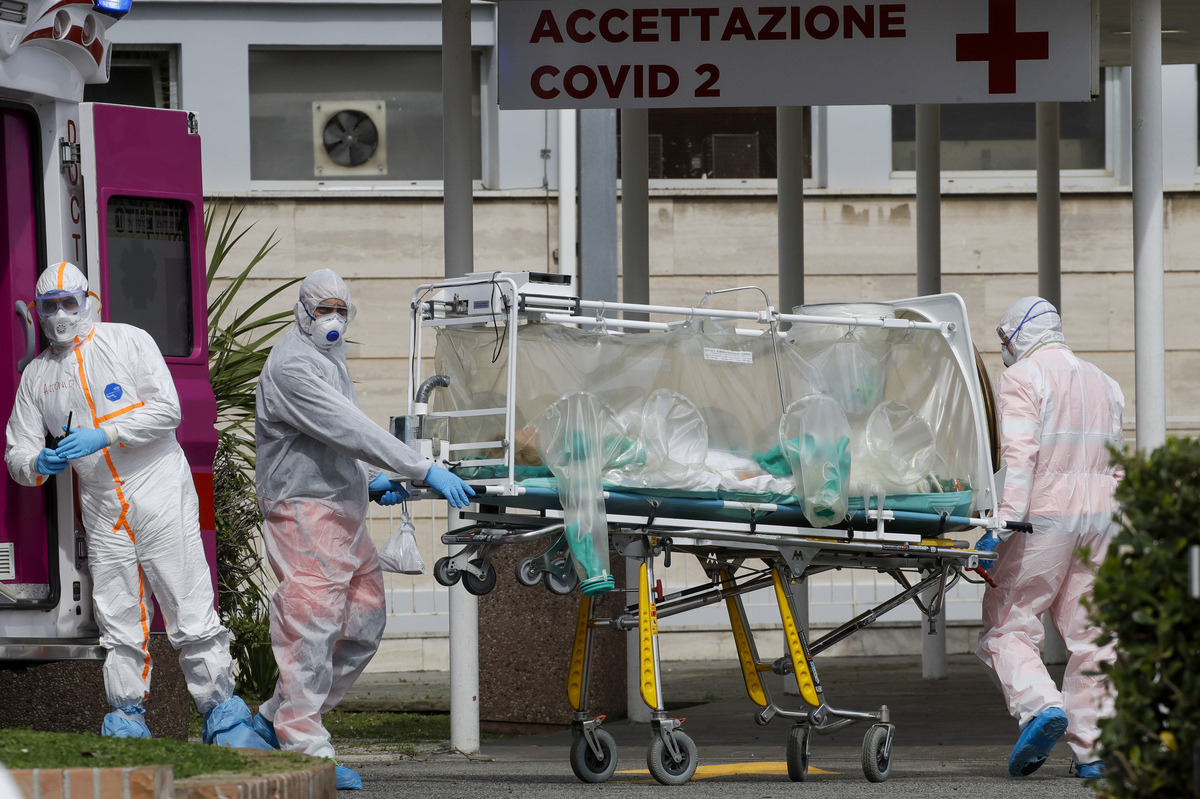 A patient in a biocontainment unit is carried on a stretcher from an ambulance at the Columbus Covid 2 Hospital in Rome, March 17.

Prime Minister Jacinda Ardern applied her trademark empathy in rallying her country to not just flatten the coronavirus curve, but crush it. — Julie McCarthy

Pluto and her human, Nancie Wight, churned out viral videos with lifestyle tips from their home in Montreal. — Deborah Amos

‘Living Through A Nightmare’: Brazil’s Manaus Digs A Mass Grave As Deaths Mount

Residents and officials struggled to cope with a tragedy in Manaus, a city in the middle of the Amazon rainforest that saw coronavirus cases skyrocket. — Philip Reeves

American tourists aren’t welcome in most countries around the world because of the high number of U.S. coronavirus cases. But at least one country is keeping its borders open: Mexico. And many Americans, keen to escape the cold or lockdowns, are flocking to its stunning beaches. — Carrie Kahn

Ireland Finds U.S. Tourists During Pandemic May Be Trouble. But So Is Their Absence

There’s a perception that Americans are resistant to wearing masks and are refusing to self-isolate for 14 days upon arrival. Still, one hotel worker says, “We are missing the Americans greatly.” — Teri Schultz

The country has been reeling from pressure reimposed by the Trump administration. This year, it scrambled to cope with the virus that has killed many Iranians. — Peter Kenyon

For extensive coverage of the pandemic, you can go to The Coronavirus Crisis and NPR’s Goats and Soda and Shots blogs. Dr. Amir Khalil, a veterinarian from the international animal welfare organization Four Paws International, comforts Kaavan during his examination at the zoo in Islamabad, before leaving for Cambodia. 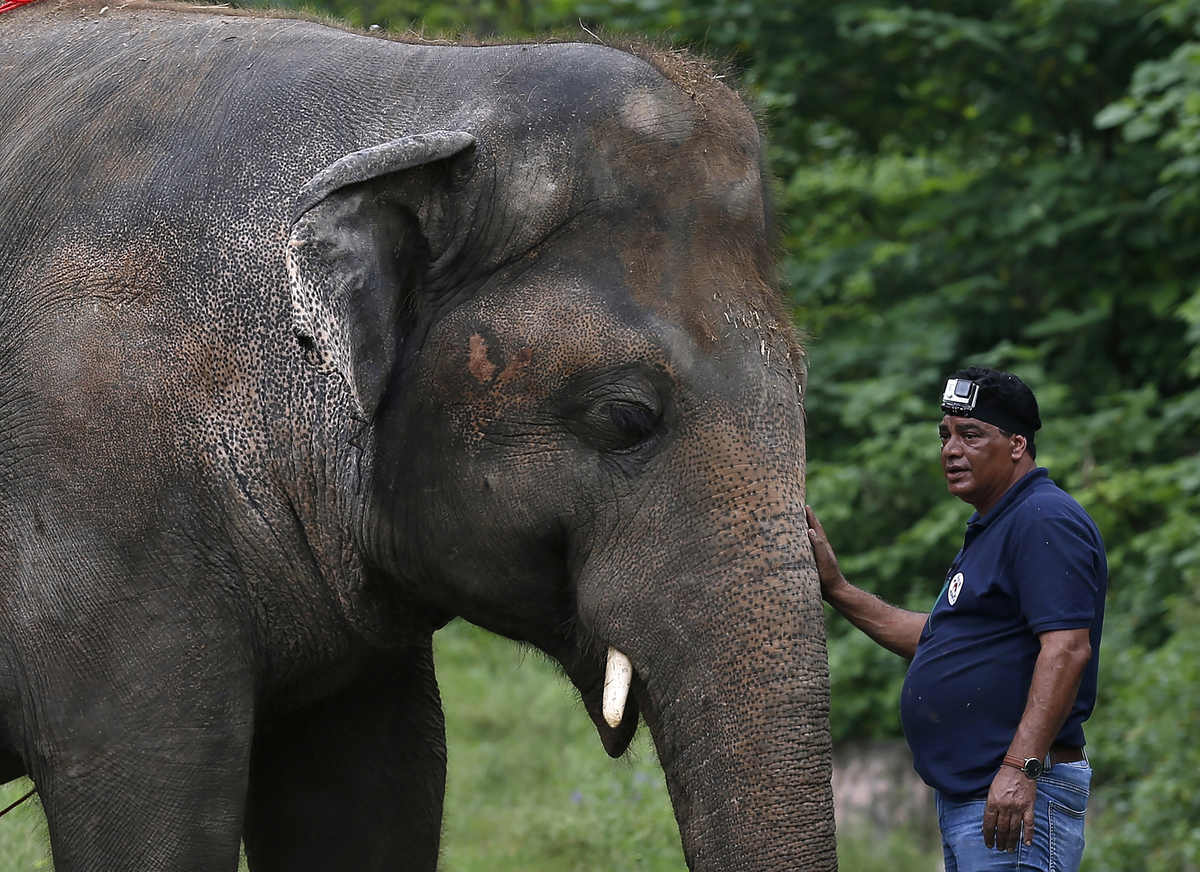 Dr. Amir Khalil, a veterinarian from the international animal welfare organization Four Paws International, comforts Kaavan during his examination at the zoo in Islamabad, before leaving for Cambodia.

‘I Have Lost Everything’: Ethiopian Refugees Flee For Their Lives

In November, the Ethiopian government launched an offensive against a rebellious regional government. The ensuing conflict has killed hundreds, and almost 50,000 Ethiopians fled to Sudan. — Eyder Peralta

‘I Was Asked If I Stole My Car’: Black Diplomats Describe Harassment At U.S. Borders

Former U.S. diplomat Tianna Spears says she was pulled aside 20-plus times crossing from Mexico into the U.S. “One time, I was told not to look at the officer in the eyes when I spoke to him,” she says. — Jackie Northam

The Long, Perilous Route Thousands Of Indians Have Risked For A Shot At Life In U.S.

The journey from India can zigzag to Russia, the Mideast, the Caribbean and Central America. “I realize America’s hard hit by the coronavirus. But I’m determined to get there,” says an Indian man deported from Mexico. — Lauren Frayer

‘He Will Be A Happier Elephant’: Vet Describes What It Was Like To Rescue Kaavan

Brexit Day: What To Know When The U.K. Leaves The EU

Britain is ending its more than 40-year membership in the European Union. Here’s how Brexit was expected to play out. — Frank Langfitt

The name of the young ISIS fighter was not revealed in U.S. court proceedings, and the records are sealed. NPR identified the fighter with the help of Iraqi officials and the teenager’s family. — Jane Arraf

‘We Had To Take Action’: States In Mexico Move To Ban Junk Food Sales To Minors

“The damage of this kind of diet is even more visible because of the pandemic,” says a Oaxaca legislator who spearheaded a law against the sale of junk food and soda to minors. The idea is spreading. — James Fredrick

As the president-elect vows to get tough on Moscow, analysts say Russia’s leader wants to show he’ll take the fight to Washington — and his congratulations delay was just the latest sign. — Lucian Kim

Facing Eviction, Residents Of Denmark’s ‘Ghettos’ Are Suing The Government 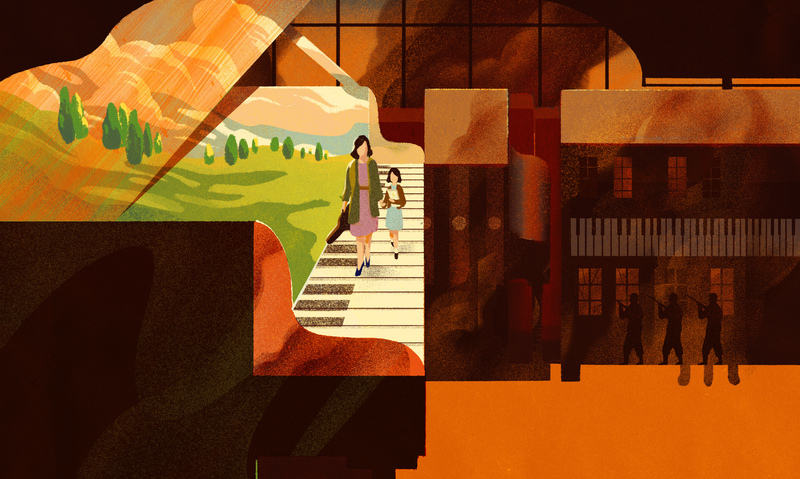 Families are still seeking the musical instruments and other items stolen by the Nazis. 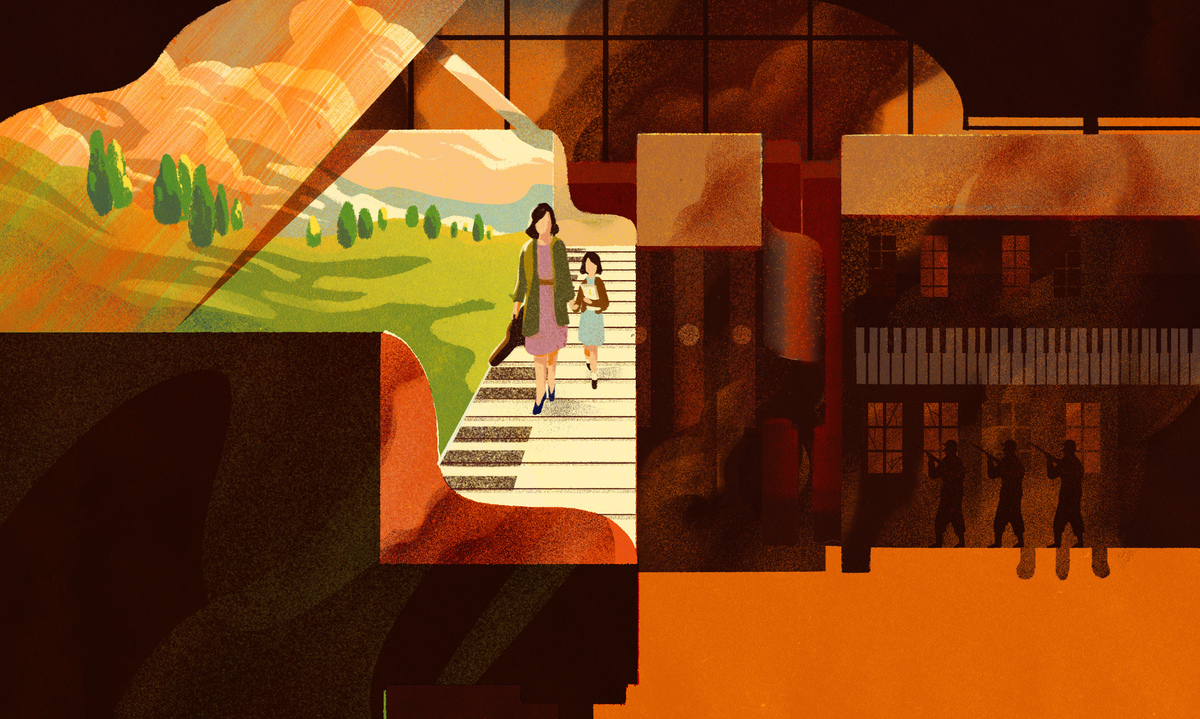 Families are still seeking the musical instruments and other items stolen by the Nazis.

A sweeping plan to rid the country of immigrant-heavy areas officially designated as “ghettos” was challenged by residents, as Denmark also began to grapple with broader questions about racism. — Sidsel Overgaard

Where Are The Thousands Of Nazi-Looted Musical Instruments?

Researchers are still digging into the question and sharing their findings decades after the Nazis sacked the homes of Jews during World War II. — Eleanor Beardsley

The blast in August came against a backdrop of ongoing, unaddressed government dysfunction. Some of the country’s chronic problems may help explain how 2,750 tons of explosives were neglected at the port. — Larry Kaplow, Ruth Sherlock and Nada Homsi

Seventy years on, war participants are drawing starkly differing conclusions from the Battle of Chosin Reservoir. The decisive conflict’s lasting legacy is still visible on the Korean Peninsula. — Anthony Kuhn

The Women ‘Fighting For Freedom’ In Belarus

“We will continue to fight and speak and raise our voices,” says Belarusian athlete Yelena Leuchanka. “The face of what is happening in Belarus is largely the face of women,” says an ex-U.S. diplomat. — Michele Kelemen

‘Our Houses Are Not Safe’: Residents Fear Taliban In Afghanistan’s Capital

The Taliban have waged attacks across the country, prompting a call to reduce the violence from Gen. Mark Milley. In Kabul, the public worries about the Taliban’s return. — Diaa Hadid

‘A Journey That We Have To Join Together’: 2 Dutch Women Confront Slavery’s Legacy

Maartje Duin and Peggy Bouva are examining painful issues in the Netherlands’ colonial past. “We wanted to show people that you can talk about this openly, even if it’s uncomfortable,” says Bouva. — Joanna Kakissis

Venezuela’s Maduro Holds Firmly To Power — And Squeezes The Opposition

Nicolás Maduro has remained in control despite international pressure and attempts to remove him, while opposition leaders weaken. — John Otis

“It’s like a wine,” says a grower. “You can taste it like a wine, and then you can keep the taste in your mouth for a very long time.” White peppercorns can cost up to $100 per ounce. — Michael Sullivan

When media called him one of the few actors of color nominated for an Oscar, many Spaniards mocked the term or got angry. — Lucía Benavides

A Florida Gunman Killed 4, Including A Mother Who Was Still Cradling Her Baby 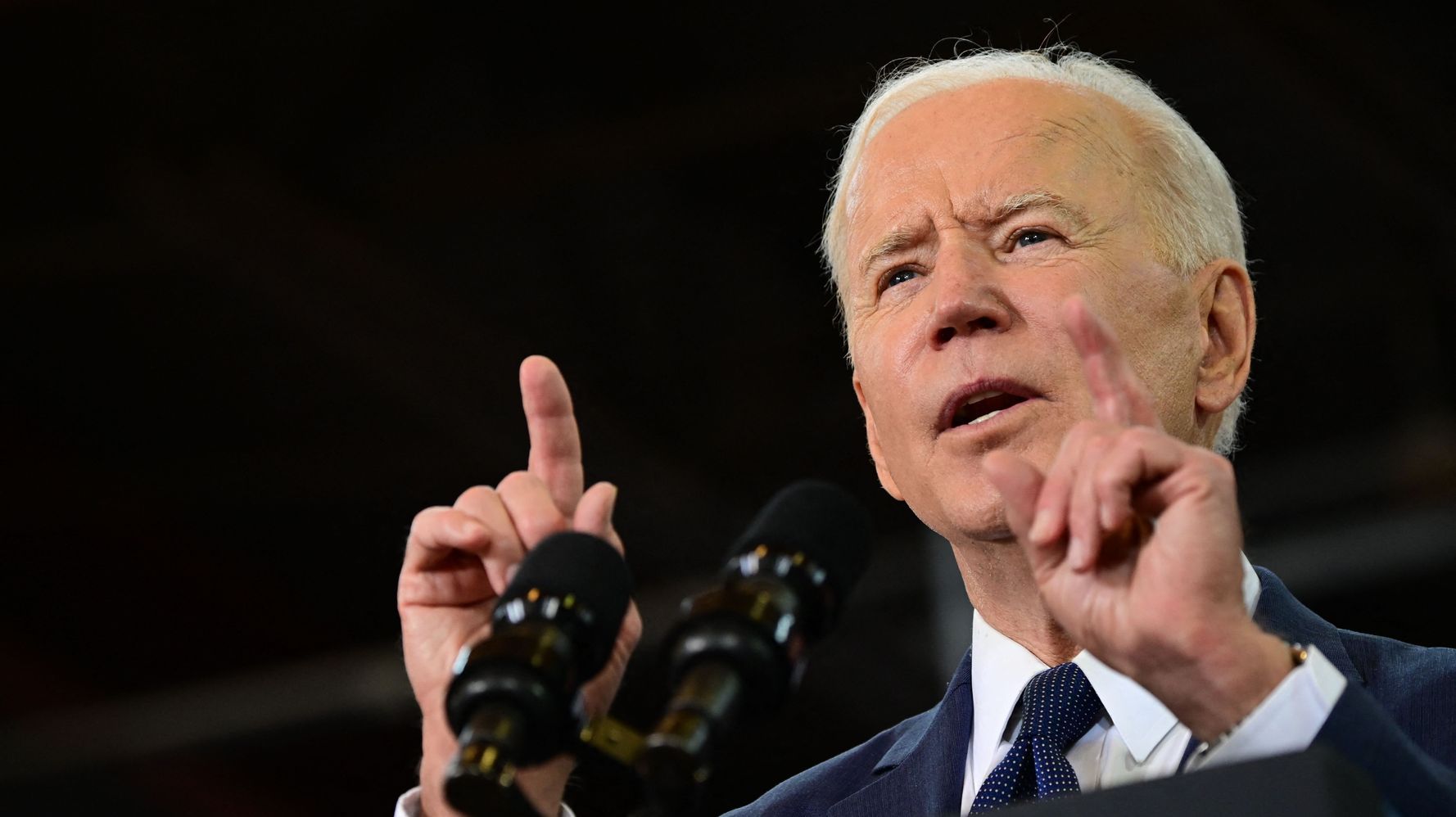 Biden’s Jobs Plan Includes $10B For A Civilian Climate Corps. Is It Enough? 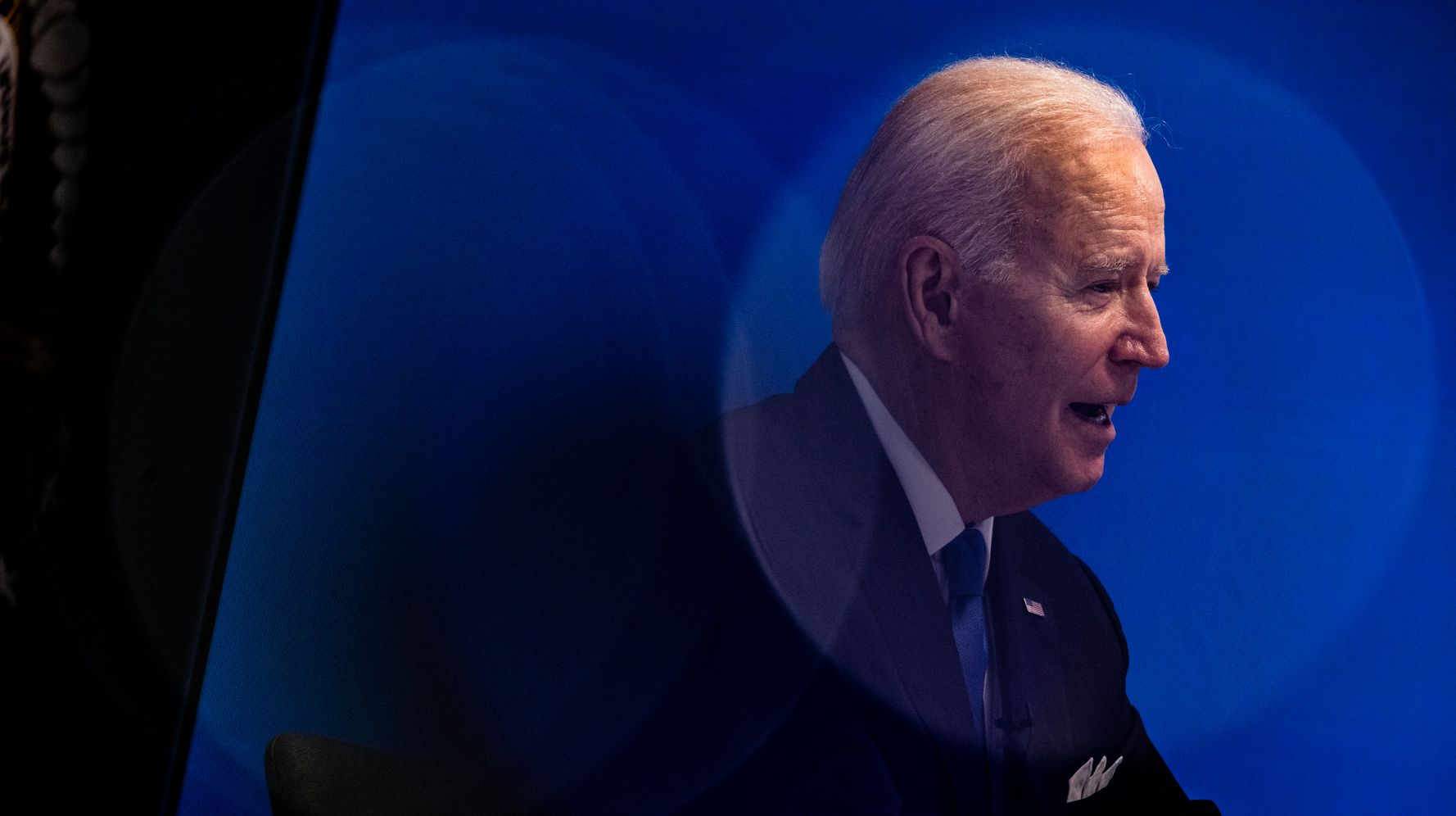