WASHINGTON (AP) — The Democratic-controlled House on Tuesday easily approved a wide-ranging defense policy bill, defying a veto threat from President Donald Trump and setting up a possible showdown with the Republican president in the waning days of his administration.

The 335-78 vote in favor of the $731 billion defense measure came hours after Trump renewed his threat to veto the bill unless lawmakers clamp down on social media companies he claims were biased against him during the election.

Trump tweeted Tuesday that he will veto “the very weak National Defense Authorization Act,″ or NDAA, unless it repeals so-called Section 230, a part of the communications code that shields Twitter, Facebook and other tech giants from content liability. Trump also wants Congress to strip out a provision of the bill that allows renaming of military bases that now honor Confederate leaders.

Congressional leaders vowed to move ahead on the hugely popular bill — which affirms automatic 3% pay raises for U.S. troops and authorizes other military programs — despite the veto threat.

The final vote represented approval from more than 80% of the House — well above the two-thirds support required to override a potential veto. A total of 140 Republicans joined 195 Democrats to back the bill, which now goes to the Senate.

Wyoming Rep. Liz Cheney, a member of the House Republican leadership, urged Trump not to follow through on his veto threat, but added that if he does veto it, “We should override.″

If Trump vetoes the bill, “we will come back to vote to override,” said Rep. Adam Smith, D-Wash., the chairman of the House Armed Services Committee.

But with Trump pressuring Republicans to stand with him, it was unclear until the final tally whether the bill would receive the two-thirds support needed to override a veto. The House Freedom Caucus, a bloc of roughly three-dozen conservatives, backed Trump’s position Tuesday and opposed the bill.

“We stand with the president,″ said Rep. Andy Biggs, R-Ariz., the group’s chairman. “This particular NDAA bill is filled with flaws and problems,″ including limitations on troop withdrawals ordered by Trump in Afghanistan and Germany, Biggs said.

Smith and other lawmakers noted that many defense programs can only go into effect if the bill is approved, including military construction. The measure guides Pentagon policy and cements decisions about troop levels, new weapons systems and military readiness, military personnel policy and other military goals.

Troops should not be “punished” because politicians failed to enact needed legislation to ensure their pay, said Rep. Mac Thornberry of Texas, the top Republican on the Armed Services panel. The $731 billion measure increases hazardous duty pay for overseas deployments and other dangerous job assignments, hikes recruiting and retention bonuses and adjusts housing allowances.

The dispute over social media content — a battle cry of conservatives who say the social media giants treat them unfairly — interjects an unrelated but complicated issue into a bill that Congress takes pride in having passed unfailingly for nearly 60 years. It follows Trump’s bid to sabotage the package with an earlier veto threat over Confederate base names.

Measures approved by the House and Senate would require the Pentagon to rename bases such as Fort Benning and Fort Hood named for Confederate generals, but Trump opposes the idea and has threatened a veto over it. The fight erupted this summer amid widespread protests over police killings of unarmed Black men and women, and Trump used the debate to try to appeal to white Southern voters nostalgic about the Confederacy.

Smith and Thornberry said in a joint statement last week that lawmakers had “toiled through almost 2,200 provisions to reach compromise on important issues affecting our national security and our military.”

For 59 straight years, they added, the NDAA has passed because lawmakers and presidents agreed to set aside their own preferences “and put the needs of our military personnel and America’s security first. The time has come to do that again.”

The powerful Republican chairman of the Senate Armed Services Committee, Sen. James Inhofe of Oklahoma, said he had spoken to Trump and explained that the defense bill is not the place for the big tech fight.

“I agree with his sentiments — we ought to do away with 230,” Inhofe told reporters. “But you can’t do it in this bill.”

Trump’s veto threat in the final months of his administration is his latest attempt to bend the norms. From redirecting money intended for military bases to build the border wall with Mexico to installing acting nominees in administrative positions without Senate confirmation, Trump has chipped away at the legislative branch throughout his term.

If he does veto the defense bill, Congress could cut short its Christmas recess to hold override votes, senior House members said.

“I think we can override the veto, if in fact he vetoes,″ House Majority Leader Steny Hoyer, D-Md., said Tuesday before the vote. “I hope he does not veto, I hope he reconsiders. And I think he will get substantial pressure, advice (from Republicans) that, you know, you don’t want to put the defense bill at risk.″

“Twitter has become a publisher, choosing to fact-check content,” she said. “And when you’re a publisher, there are certain responsibilities with that and you should not be immune from liability.”

Past presidents have certainly threatened to veto defense bills, which set annual policy with troop levels, equipment priorities, pay raises and other matters.

The defense bill is typically a widely bipartisan measure, one of the few areas of common ground. Over the summer, the Senate approved its version, 86-14, while the House similarly passed its effort, with opposition coming mostly from the liberal and conservative flanks.

Trump’s allies on Capitol Hill, including House Minority Leader Kevin McCarthy, have railed against the social media companies, especially during the heated November election. McCarthy, R-Calif., voted for the bill Tuesday but said he would not support overriding the veto.

Some Democrats, including Senate Democratic Leader Chuck Schumer, agree the Section 230 provision could be revisited, even as they disagree with Trump’s tactic of attaching it to the defense bill. 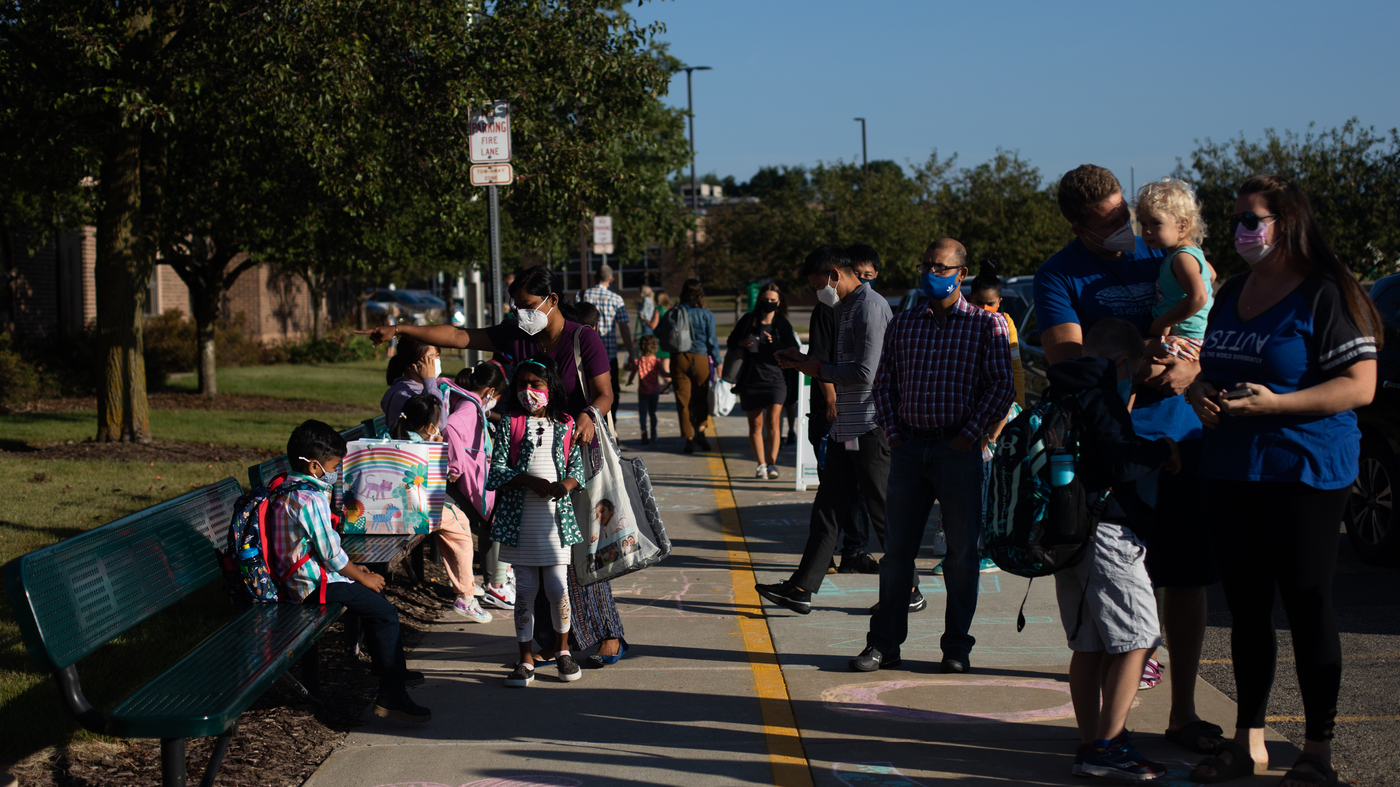 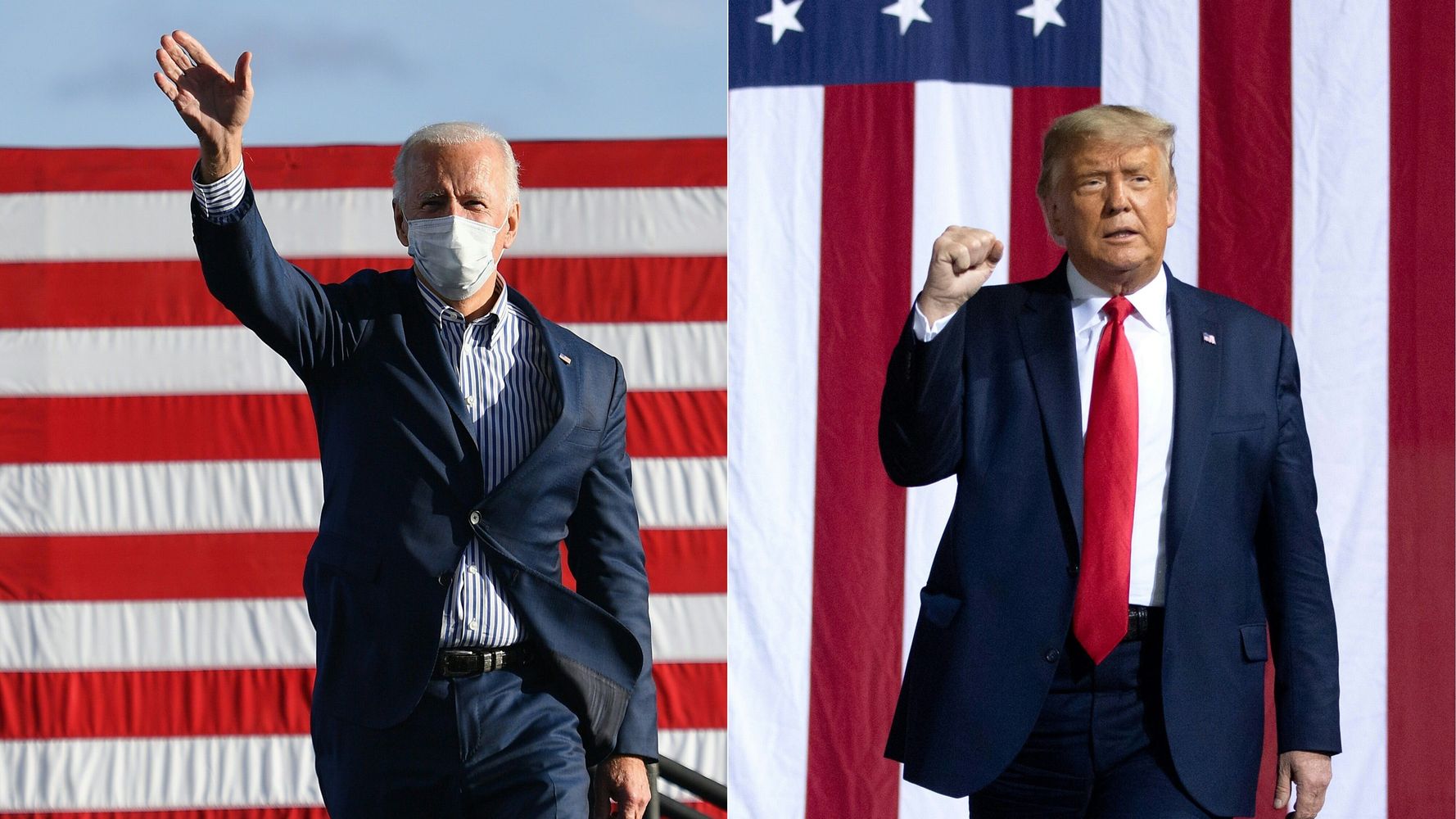 The Road To 270: Biden Has Options, Trump Walks A Narrower Path 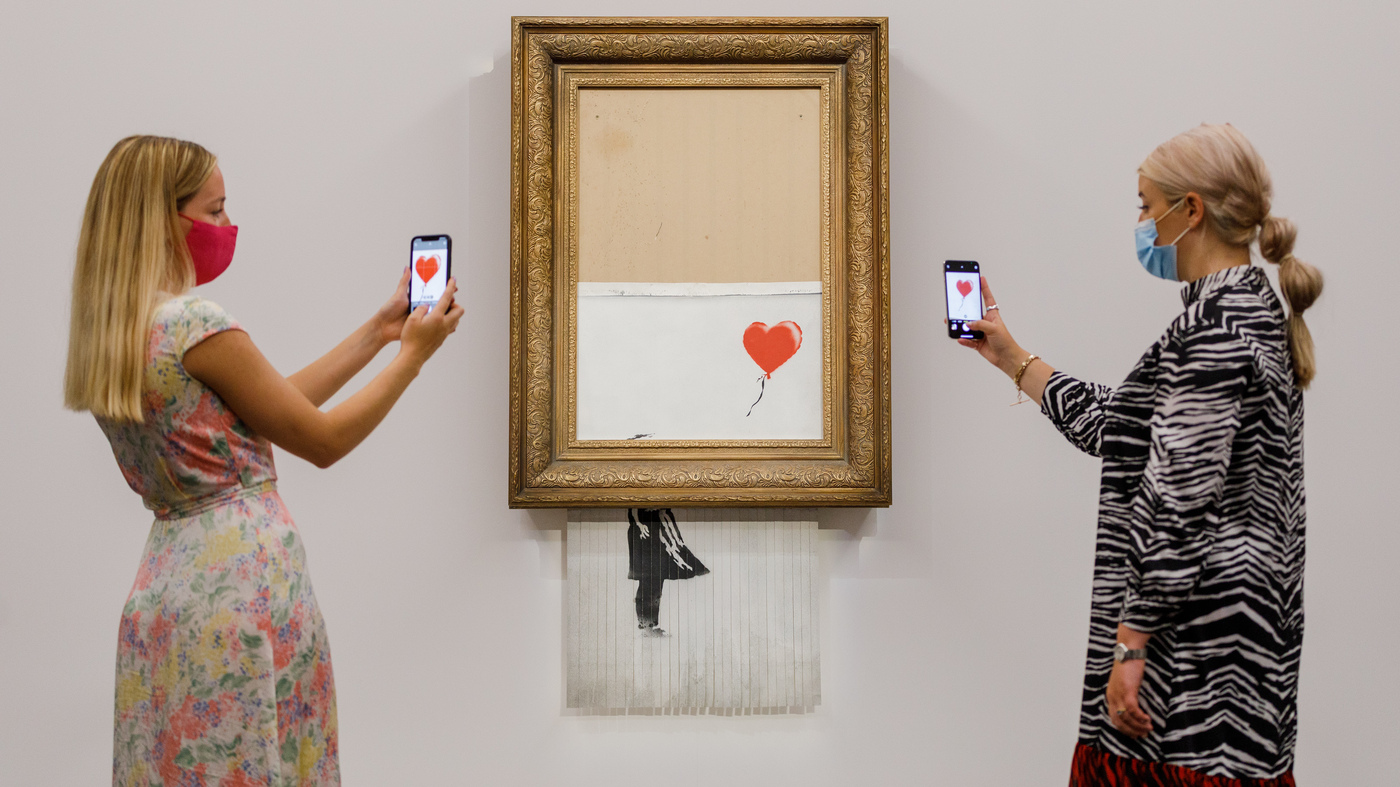 A half-shredded Banksy piece is auctioned for $25.4 million, a record for the artist