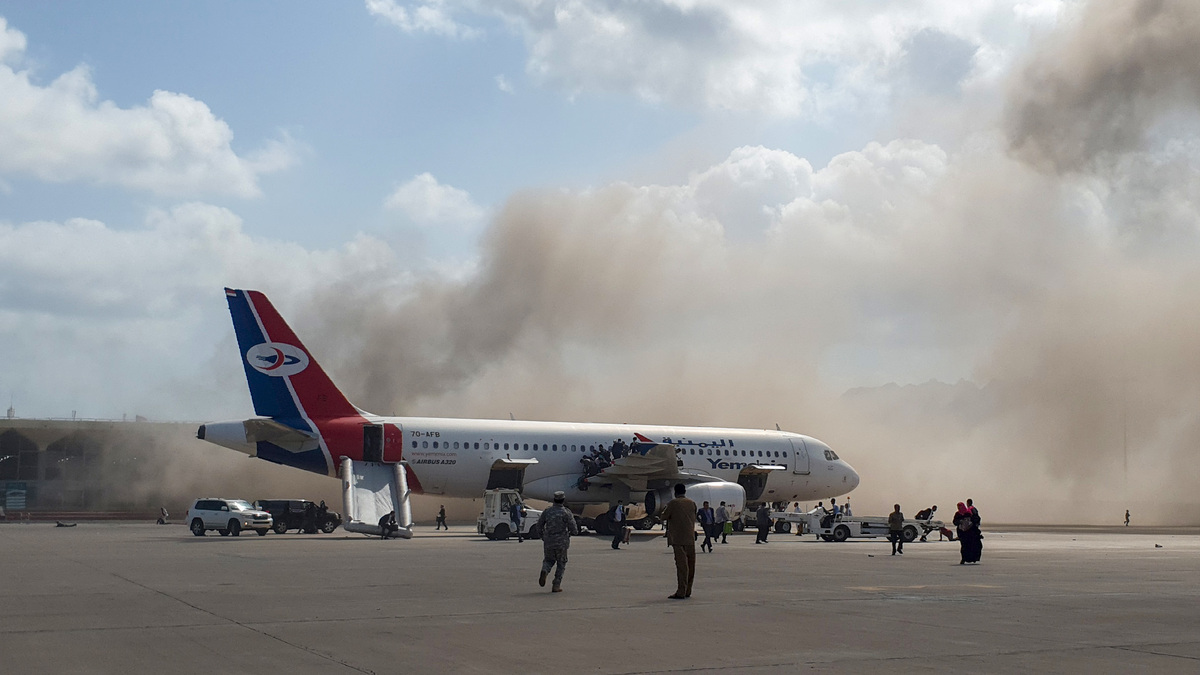 A large explosion rocked the airport in Aden on Wednesday, just after a jet landed carrying officials of Yemen’s Saudi-backed government. Dozens of casualties are reported. Video from the scene shows hundreds of people were gathered on the tarmac when the blast struck.

People were still disembarking from the plane carrying members of the new government when the explosion hit, causing the large crowd to scatter as they rushed for cover. At least 22 people are dead, The Associated Press reports.

News crews were filming the politicians’ long-anticipated arrival — heralded as an important step in bringing stability to Yemen, where Saudi Arabia and Iran are locked in a proxy war. Aden has been adopted as Yemen’s temporary capital because Iran-backed Houthi rebels control the capital city, Sanaa.

There has been no claim of responsibility for the blast.

Prime Minister Maeen Abdulmalik Saeed — a holdover from a recent cabinet shakeup — condemned what he called a cowardly terrorist act, saying that he and other members of the government remain in Aden and are unscathed. But local news outlet Aden al-Ghad later reported that at least one junior official was killed and several officials were wounded.

Doctors Without Borders says its hospital in Aden has received 17 people who were wounded in the attack, adding that the cases were referred by another local hospital.

This was meant to be a day to mark the success of more than a year of negotiations to end a power struggle between two groups ostensibly on the same side in Yemen’s war.

Saudi Arabia leads an alliance of countries and local factions against Yemen’s Houthi rebels. But fractures in that alliance have resulted in fighting between supporters of Yemen’s exiled president and the separatist Southern Transitional Council. The ministers landing at Aden airport from Saudi Arabia are part of a cabinet meant to represent both these groups.

President Abed Rabbo Mansour Hadi, who did not travel with the cabinet, has directed the military to mount a special investigation into the attack, which he said targeted the arrivals terminal of Aden International Airport. Hadi said he spoke to the government entourage to make sure they were safe.

In response to the blast, U.N. Special Envoy for Yemen Martin Griffiths said, “I strongly condemn the attack at Aden airport upon the Cabinet’s arrival and the killing and injury of many innocent civilians. My sincere condolences and solidarity to all who lost loved ones.” 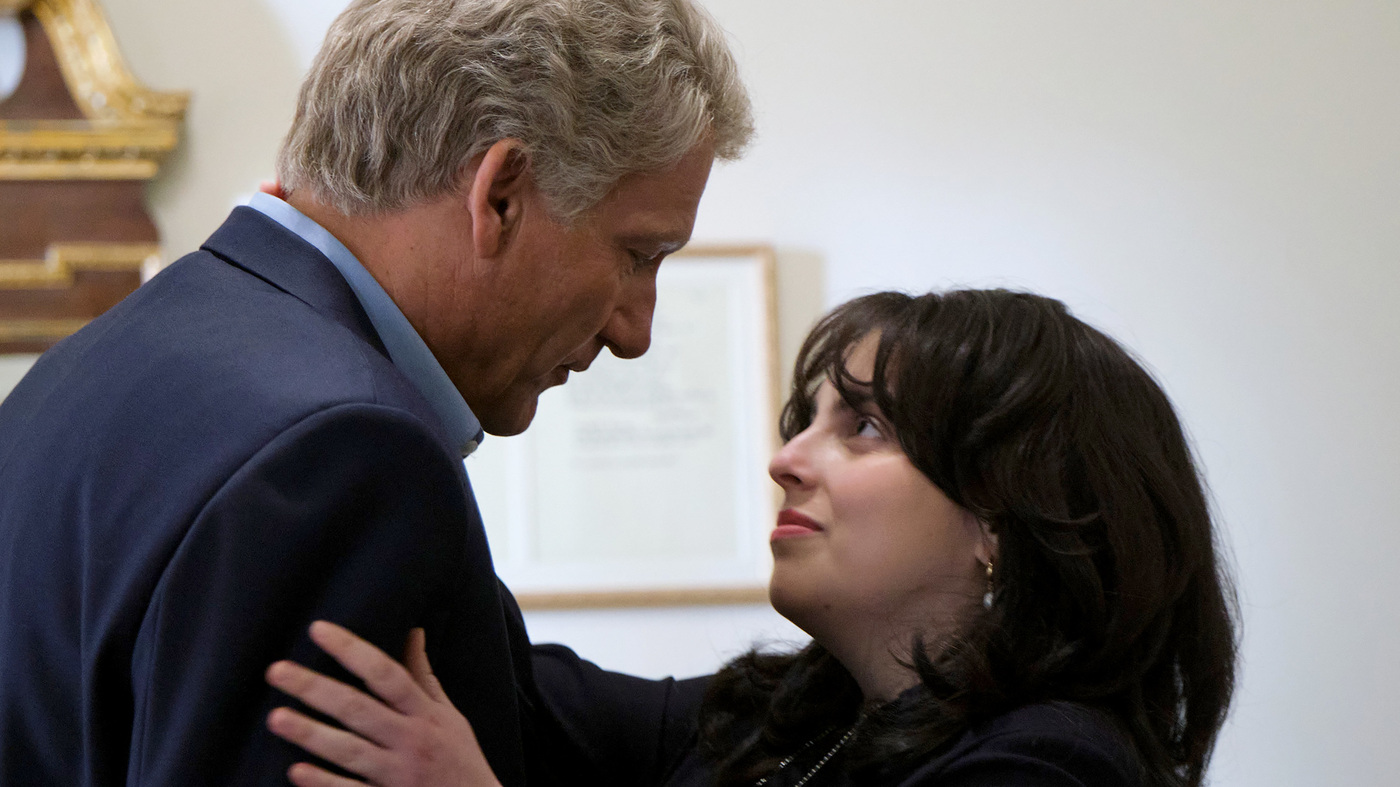 Should The Lewinsky Affair Define Bill Clinton? Ask The Woman Behind FX’s Impeachment

Donor In Trump’s Election ‘Fraud’ Fight Sues To Snatch Back His $2.5 Million Contribution 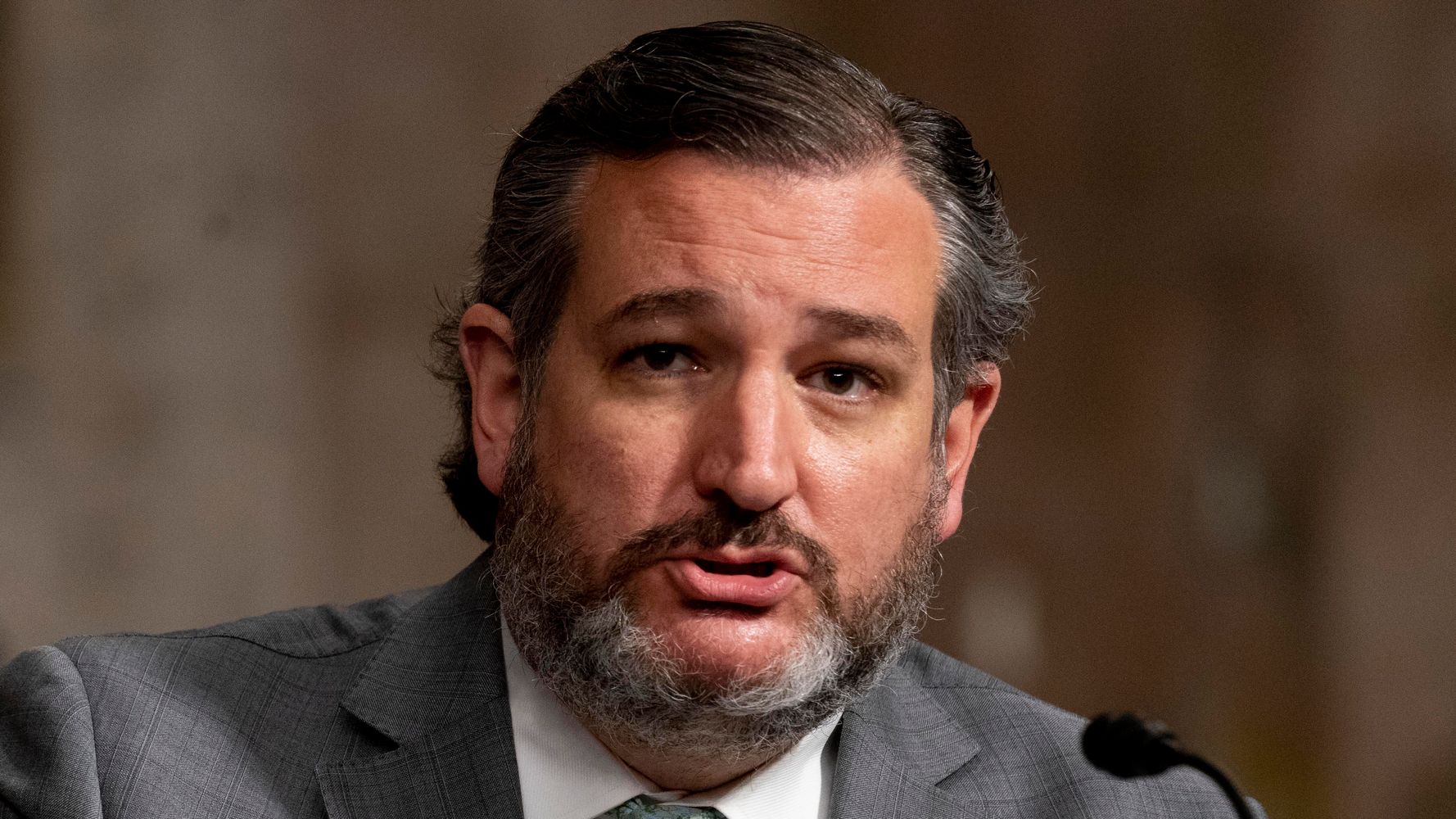 Ted Cruz Raises Money By Signing, Selling Copies Of Dr. Seuss Book He Did Not Write