WASHINGTON (AP) — The latest deadly breach of the Capitol’s perimeter could delay the gradual reopening of the building’s grounds to the public just as lawmakers were eyeing a return to more normal security measures following the Jan. 6 insurrection.

Capitol Police officer William “Billy” Evans, an 18-year veteran of the force, was killed Friday when a man rammed his car into a barrier outside the Senate side of the building. The driver, identified as 25-year-old Noah Green, was shot and killed after he got out of his car and lunged at police with a knife.

The deaths came less than two weeks after the Capitol Police removed an outer fence that had temporarily cut off a wide swath of the area to cars and pedestrians, blocking major traffic arteries that cross the city. The fencing had been erected to secure the Capitol after the violent mob of of then-President Donald Trump’s supporters attacked the building Jan. 6., interrupting the certification of President Joe Biden’s victory. The violence lead to the deaths of five people, including a Capitol Police officer.

Police, who took the brunt of the assaults that day, have left intact a second ring of fencing around the inner perimeter of the Capitol as they struggle to figure out how to best protect the building and those who work inside it. That tall, dark fencing — parts of it covered in razor wire until just recently ― is still a stark symbol of the fear many in the Capitol felt after the mob laid siege two months ago.

Lawmakers have almost universally loathed the fencing, saying the seat of American democracy was meant to be open to the people, even if there was always going to be a threat.

But after Friday’s attack, some said they needed to procced with caution.

“It’s an eyesore, it sucks,” Democratic Rep. Tim Ryan of Ohio said about the fencing in the hours after the two deaths. “Nobody wants that there. But the question is, is the environment safe enough to be able to take it down? In the meantime, maybe that fence can prevent some of these things from happening.”

Ryan, chairman of a House spending committee that oversees security and the Capitol, stressed that no decisions had been made, and that lawmakers would be “reviewing everything” after the latest deadly incident. His committee and others are looking at not only the fence but at the staffing, structure, and intelligence capabilities of the Capitol Police.

“The scab got ripped off again here today,” Ryan said. “So we’ve got to figure this out.”

Despite the fencing, Friday’s breach happened inside the perimeter. The driver slipped through a gate that had opened to allow traffic in and out of the Capitol and rammed a barrier that had protected the building long before Jan. 6. And there was no evidence that Green’s actions were in any way related to the insurrection.

Still, it was a reminder that there is always a target on one of the country’s most visible public buildings, especially as political tensions have risen since the insurrection and there has been broad public scrutiny of the security failures that day.

“This may just cause everybody to pump the brakes a bit on taking the fence down entirely because of the sense of security that it provides us,” said Democratic Rep. Jennifer Wexton of Virginia, another member of the spending panel that oversees the legislative branch.

As a lawmaker who represents the suburbs of Washington, Wexton said she wants to see the Capitol open again to visitors. While the indoor parts of the building have been closed to the public for the last year because of the coronavirus pandemic, the plazas, roads and sidewalks that surround the Capitol were only cut off after the riot, keeping the public completely away from the area.

“I would like to see it come down at the earliest possible moment,” Wexton said of the fencing.

While lawmakers were initially supportive of the fencing to secure the area, and the thousands of National Guard troops sent to the Capitol to back up the overwhelmed police force, they soon said they were ready for a drawdown.

“I think we’ve overdone it,” said Senate Republican leader Mitch McConnell of Kentucky last month. “It looks terrible to have the beacon of our democracy surrounded by razor wire and National Guard troops.“

Missouri Sen. Roy Blunt, the top Republican on the Senate Rules and Administration Committee, said the fencing should come down because the next security problem is “highly unlikely to be a carbon copy of the last problem.” Republican Rep. Carlos Gimenez of Florida told Fox News he believed Democrats were keeping the fence up for “political reasons.”

But abhorrence of the fence is a rare issue on which the two parties can agree.

“It’s just ghastly, it’s an embarrassment,” said Illinois Sen. Dick Durbin, the second-ranking Democrat. “If there’s a better way to protect us, I want to see it. I want to work to get it.”

Security officials, though, say that the Capitol cannot return to what had been status quo.

A security review requested by House Speaker Nancy Pelosi, D-Calif., in the aftermath of the riot and conducted by a task force recommended eventually replacing the barrier with mobile fencing and “an integrated, retractable fencing system” that could be used as needed. But it is unclear whether such an expensive proposal could win approval from Congress.

Ryan said his committee was doing extensive research and even had a recent call with Israeli security officials to learn how they keep their government secure.

“We’ve got to figure out what the sweet spot is with the security,” he said.

This story has been corrected to reflect that Illinois Sen. Dick Durbin is the second-ranking Democrat, not Republican.

Thousands Rally In England And Wales Over Police Legislation 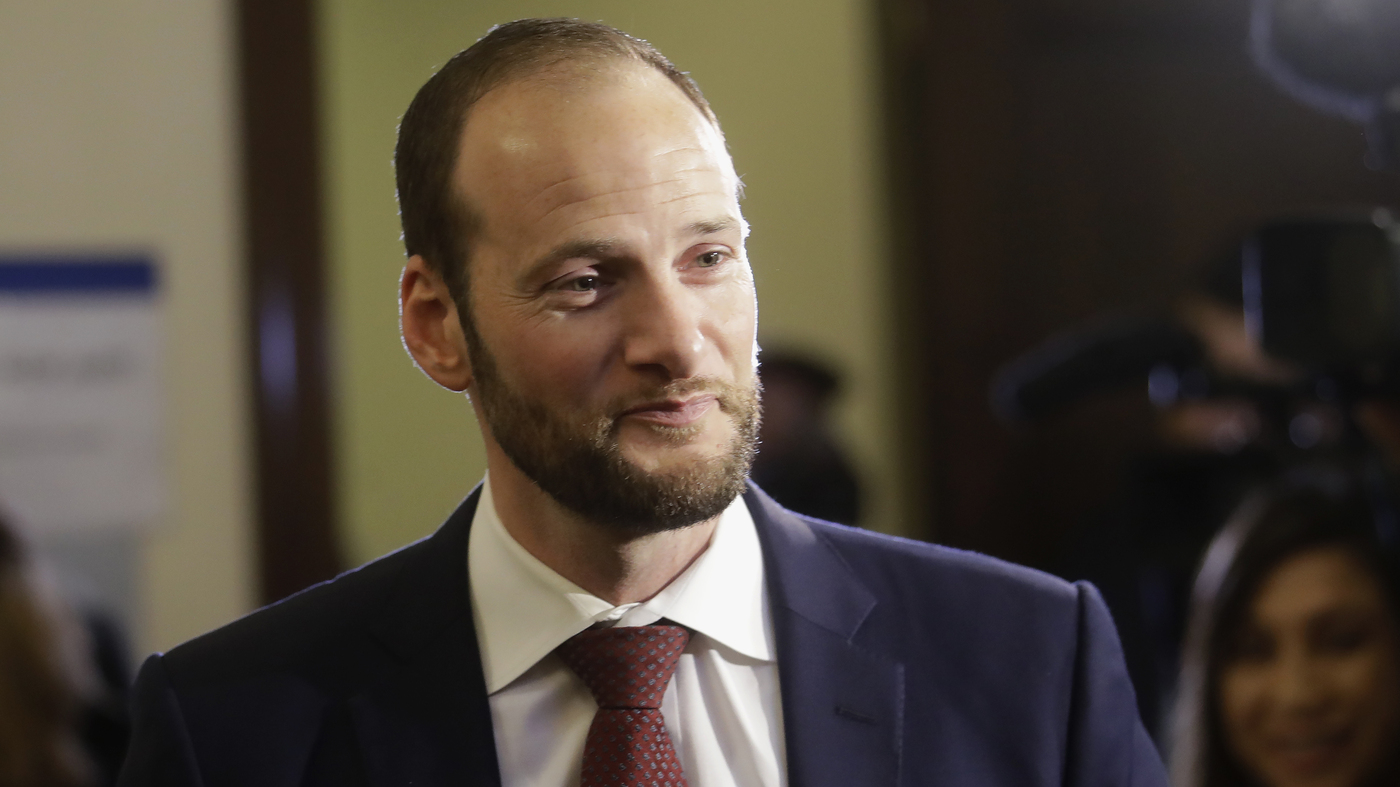 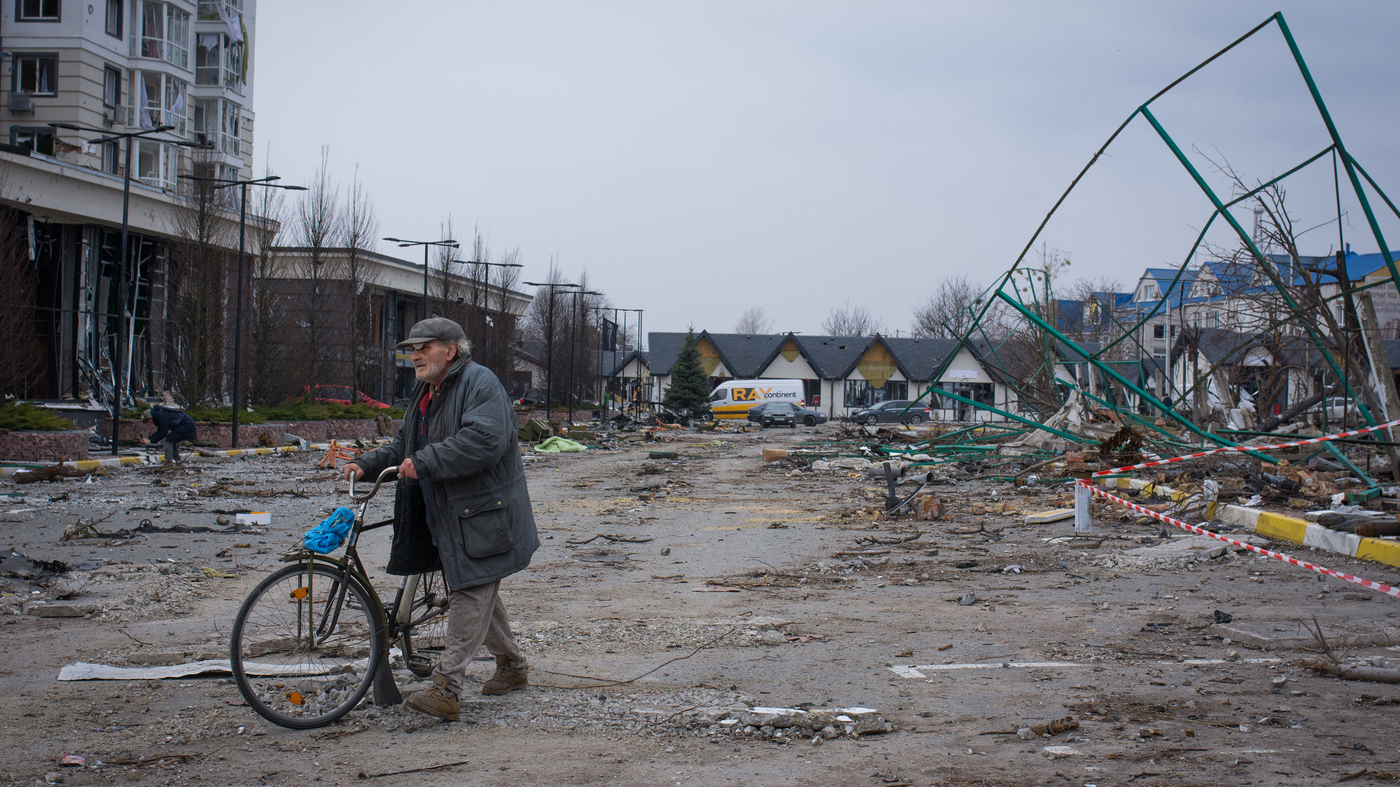 In Bucha, death, devastation and a graveyard of mines 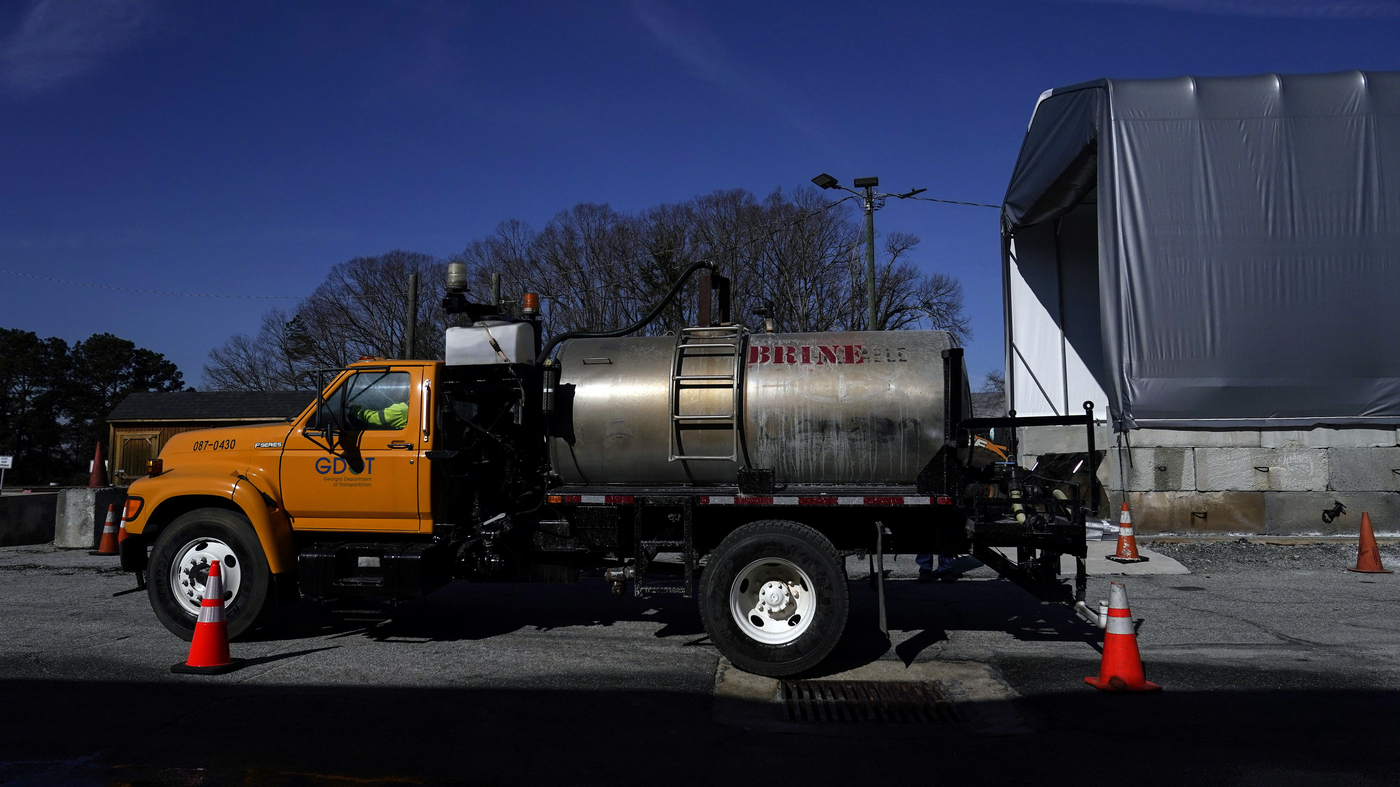