The theme of the 2021 Conservative Political Action Conference is “America Uncanceled.” But this week, just days before CPAC was set to kick off in Orlando, Florida, conference organizers announced they’d had to cancel one of their own scheduled speakers.

“We have just learned that someone we invited to CPAC has expressed reprehensible views that have no home with our conference or our organization,” CPAC organizers tweeted Monday, referring to right-wing social media figure Young Pharaoh. Media Matters had surfaced deeply anti-Semitic tweets he made calling Judaism a “complete lie” and “made up for political gain.”

“The individual will not be participating at our conference,” CPAC said in its tweet.

And although Young Pharaoh — who responded to his cancellation by reasserting that he did not “BELIEVE IN THE VALIDITY” of Judaism — will no longer be featured at this year’s CPAC, a murderer’s row of other bigots, extremists, insurrectionists and disinformation peddlers are still slated to speak.

Every year CPAC does a delicate public relations dance to determine which white nationalists and conspiracy theorists are forbidden from attending the event, and which ones will be given coveted spots speaking on panels or even from the main stage. (At least one of last year’s CPAC panelists has since been arrested for his role in the Jan. 6 insurrection at the Capitol.)

This year’s top-billed speaker is former President Donald Trump, who will be making his first big speech since inciting the insurrection, getting impeached and then finally leaving office.

The conference, the premier annual gathering of the American right, where Republican lawmakers mingle with activists and journalists, is being held in person in Orlando despite the ongoing coronavirus pandemic. Last year’s CPAC, held in a Maryland suburb of Washington, occurred just as the virus landed on U.S. shores. Afterwards organizers had to email attendees warning them that an infected New Jersey doctor had been in attendance, taking selfies with GOP congress members, dining with mega donors, and shaking hands with CPAC’s leader.

Over half a million Americans have since died of the virus, yet one of CPAC’s featured speakers on Friday is Alex Berenson, a spy novelist and former New York Times reporter who has found an attention-getting grift in downplaying the severity of the coronavirus, spreading dangerous disinformation during appearances on Fox News and across right-wing media. Berenson will be speaking on a CPAC panel about the FIrst Amendment.

A short time later on Friday, Rep. Mo Brooks (R-Ala.) will speak on a panel about “Protecting Elections” — one of seven panels at the conference aimed at perpetuating Trump’s lie that the election he lost was stolen. Brooks is facing a censure in the House of Representatives for his role in the deadly Jan. 6 insurrection. He gave a fiery speech to the MAGA mob before they stormed the Capitol building, imploring his fellow “patriots” to start “taking down names and kicking ass.”

He’s among multiple Republican members of Congress speaking at CPAC who either had a role in helping incite the insurrection or who have extensive ties to the extremist groups who ransacked the Capitol.

Arizona Reps. Paul Gosar and Andy Biggs, both of whom helped organize the Jan. 6 “Stop the Steal” rally, are CPAC panelists this year.

Gosar has ties to the far-right militia Oath Keepers, whose members were deeply involved in the storming of the Capitol. The leader of an Arizona chapter recently claimed Gosar once told Oath Keepers that America was already in a civil war. “We just haven’t started shooting yet,” Gosar allegedly said. (The congressman has yet to respond to this claim.)

Gosar’s extremist resume is long. He once traveled to London to speak at a rally in support of a jailed anti-Muslim activist; he went to Nevada to support far-right militiamen in an armed standoff with federal authorities; and he’s posed for a photo with a member of the neo-fascist Proud Boys, another group with a large presence at the insurrection. Gosar will be speaking on a CPAC panel Saturday called “Sell Outs: The Devaluing of American Citizenship.”

Biggs, the other Arizona congressman, has spoken at events hosted by multiple extremist groups, including a 2015 gathering of the Oath Keepers where a member called for hanging the late Sen. John McCain. Biggs will speak on a panel Friday about the Second Amendment.

Joining him on that panel is Rep. Lauren Boebert (R-Colo.), the pistol-carrying freshman lawmaker with a history of associating with far-right militia groups, including the Three Percenters, another organization implicated in the insurrection. (“I am the militia,” Boebert tweeted last year.) Boebert also supports the QAnon conspiracy movement, which believes there’s a globalist cabal of pedophiles, many of them Democrats, waging war against Trump. Many QAnon faithful participated in the insurrection on Jan. 6.

“Today is 1776,” Boebert tweeted that morning before the storming of the Capitol, a reference to the Revolutionary War.

Elsewhere at CPAC, Rep. Matt Gaetz (R-Fla.) will appear on two panels, one about foreign policy and another titled “The Left’s Assault On A Free People: How Government, Big Tech, and Media Are Colluding to Deprive Us Of Our Humanity.”

Gaetz has used the Proud Boys as security at a political event; once invited a notorious Holocaust-denying far-right troll to be his guest at the State of the Union; and has appeared as a guest on InfoWars, the deranged far-right conspiracy website.

One of Gaetz’s staffers cheered on the insurrectionists as they stormed the Capitol on Jan. 6. Gaetz himself attempted — like many other GOP officials — to falsely blame the violence that day on “antifa,” or leftist-anti-fascists.

Rep. Madison Cawthorn (R-N.C.), the youngest member of Congress at just 25 years old, will be on a CPAC panel about college tuition. Cawthorn spoke at the Jan. 6 rally that led to the insurrection. He was on the House floor when the mob of Trump supporters — the same ones he helped incite — stormed the Capitol building. “Fortunately, I was armed, so we would have been able to protect ourselves,” he told a reporter afterwards.

Cawthorn came into office amid a flurry of controversy last month. (“Cry more, libs,” he wrote after winning his election.) His campaign had created a website that criticized a North Carolina reporter for working for “non-white males, like [Sen.] Cory Booker, who aims to ruin white males running for office.”

Sen. Josh Hawley (R-Mo.) — who raised a fist in support of the MAGA mob on Jan. 6 before they stormed the Capitol — will give a speech on the main CPAC stage on Friday.

Other extremists at CPAC this year — who are not elected officials — include James O’Keefe, founder of the fraudulent far-right media outfit Project Veritas. O’Keefe, who has spent the last year releasing selectively edited videos in an attempt at delegitimizing mail-in balloting, and who is closely affiliated with the Proud Boys, will be giving a speech on the main stage.

Scott Presler, who used to work for the anti-Muslim hate group Act for America, will appear on a panel called “Front Porch Politics: How To Talk About Issues Without Starting A Back Alley Brawl.” Presler was one of the foremost “Stop The Steal” rally organizers and called the Jan. 6 insurrection in Washington, which he attended, the “largest civil rights protest in American history.” He says he did not breach the Capitol property itself.

Right-wing radio host Wayne Dupree — who once claimed that the 2015 Sandy Hook massacre was a “hoax” and that the parents of the young victims were “crisis actors” — will be on a panel called “Tolerance Reimagined: The Angry Mob and Violence In Our Streets.”

Some of the extremists who were fixtures at CPACs over the last two years weren’t invited to this year’s event, but have decided to hold their own gathering in Orlando this weekend.

Fuentes, leader of the so-called “groyper” movement, attended the deadly white supremacist rally in Charlottesville, Virginia, in 2017. He was also one of the main instigators at the Jan. 6 insurrection, speaking to a crowd of supporters over a megaphone. (He says he never entered the Capitol itself.)

Finally, Brandon Straka, another extremist who spoke at last year’s CPAC, was also not invited to this year’s event — perhaps because he was arrested for storming the Capitol on the Jan. 6. Straka, a MAGA influencer and QAnon promoter, faces charges of interfering with police during civil disorder, and illegal entry and disorderly conduct on restricted Capitol grounds.

CPAC kicked off Thursday night and concludes with Trump’s speech on Sunday. 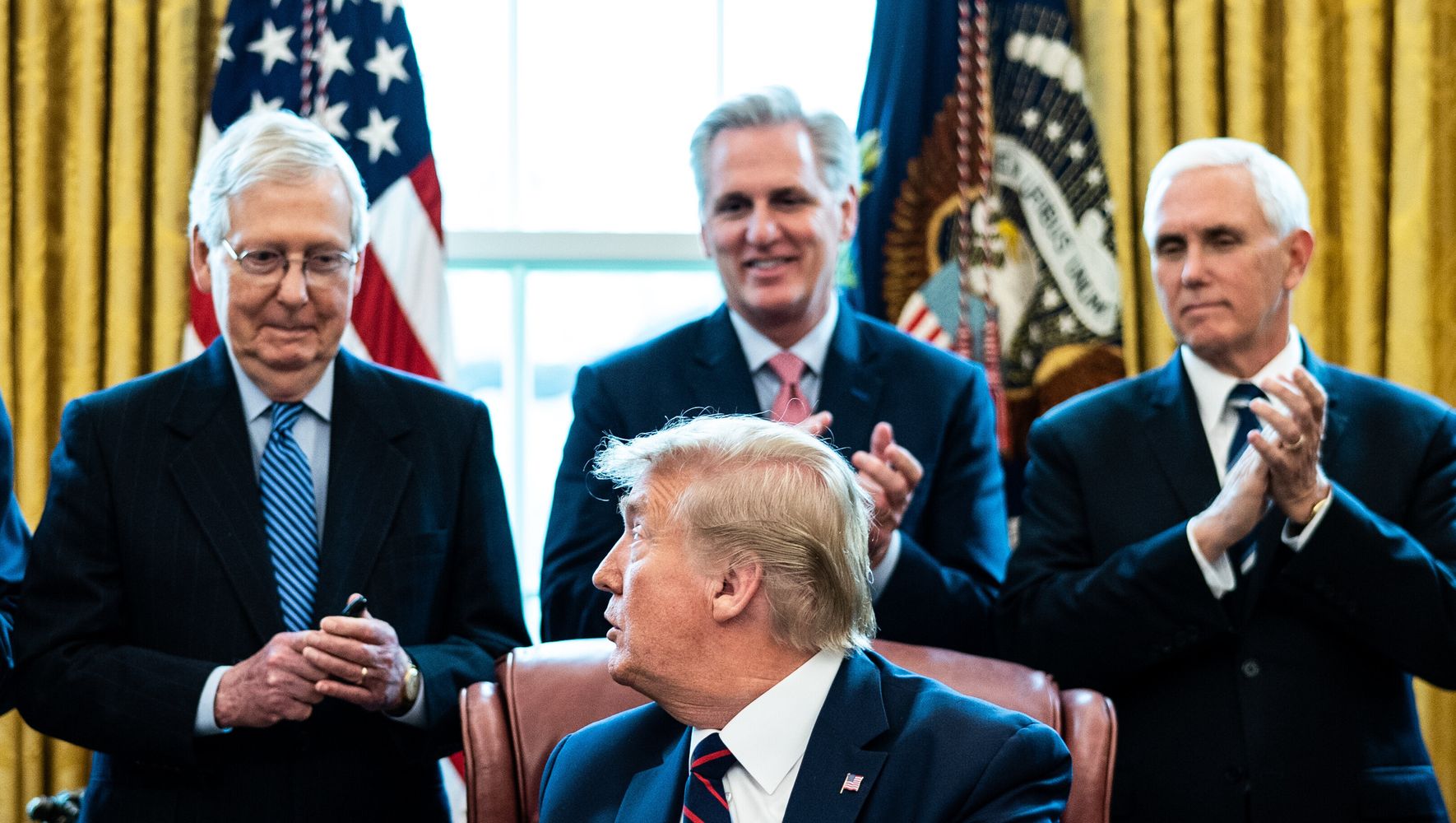 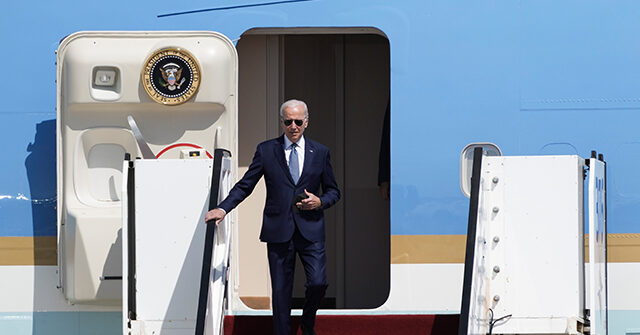 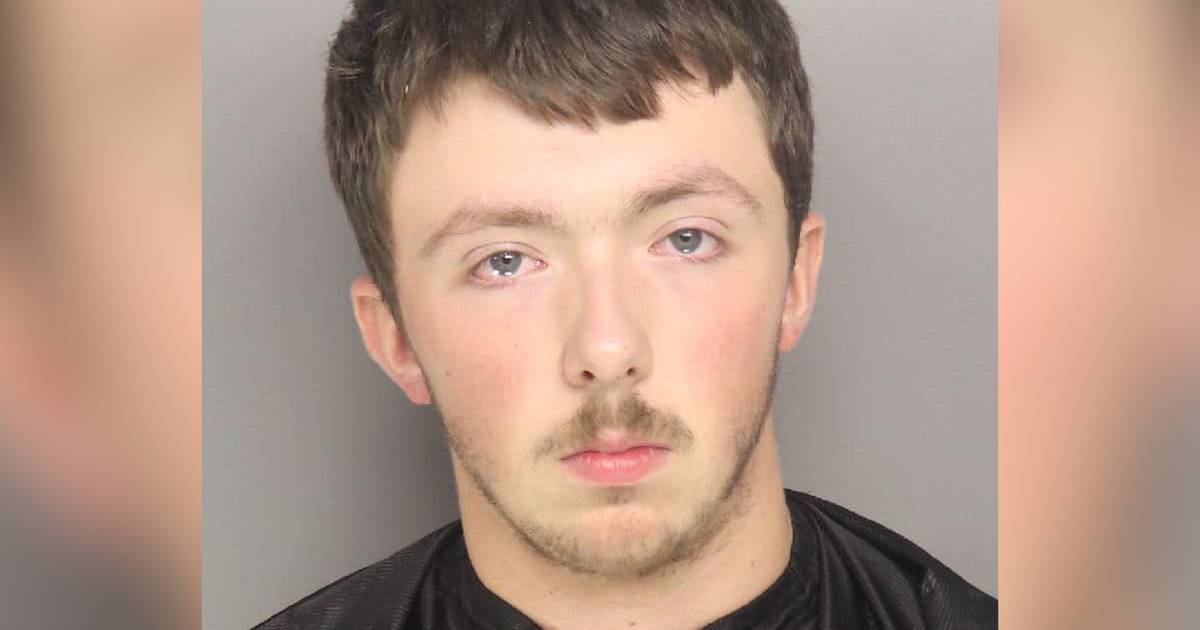