April will be “open season” for vaccinations in the U.S. and any adult will be able to get vaccinated, Dr. Anthony Fauci predicted Thursday.

Fauci, speaking on NBC’s “Today” show, said the rate of vaccinations is already accelerating. As production speeds up of the two authorized vaccines, from Pfizer and Moderna, and more come online, vaccines will quickly become more readily available, Fauci said.

“By the time we get to April it will be … open season, namely virtually everybody and anybody in any category could start to get vaccinated,” Fauci said.

He said it will take several more months to logistically deliver injections to adult Americans but predicted herd immunity could be achieved by late summer. Fauci’s comments come amid a slow and chaotic vaccine rollout that has seen vaccination sites shut down because of a lack of supply and waiting lists of tens of thousands across the country who are unable to get an appointment for a shot.

►Japan could waste 12 million Pfizer vaccine doses because of a shortage of special syringes capable of extracting more of the vaccine from vials. Japan secured doses for 72 million people based on the assumption that each vial could provide six shots. Health officials are scrambling to acquire more of the required syringes.

►Researchers at the Scripps Research Institute, Tulane University, LSU Health Shreveport and several other institutions said in a pre-publication report that 2020 Mardi Gras was responsible for tens of thousands of coronavirus cases after a single person likely brought it to New Orleans.

►The World Health Organization is recommending that the vaccine developed by AstraZeneca and the University of Oxford should still be used in countries where new variants of the coronavirus are circulating, even as South Africa halts use of the vaccine because of it ineffectiveness against the variants.

►About 1 in 3 Americans say they definitely or probably won’t get the COVID-19 vaccine, according to a new poll that some experts say is discouraging news if the U.S. hopes to achieve herd immunity and vanquish the outbreak. Many expressed doubts about the vaccine’s safety and effectiveness.

📈 Today’s numbers: The U.S. has more than 27.2 million confirmed coronavirus cases and 471,000 deaths, according to Johns Hopkins University data. The global totals: More than 107.4 million cases and 2.35 million deaths. More than 65.9 million vaccine doses have been distributed in the U.S. and about 44.7 million have been administered, according to the CDC.

📘 What we’re reading: How much rent relief will you get amid the COVID-19 pandemic? You’re more likely to get help if you’re white and live in rural America. Read the full story.

President Joe Biden on Thursday announced completion of a deal to purchase an additional 200 million coronavirus vaccine doses, fulfilling an agreement he outlined two weeks ago.

“We’ve now purchased enough vaccine supplies to vaccinate all Americans,” Biden said during a visit to the National Institutes of Health. “Now we’re working to get those vaccines into the arms of millions of people.”

In addition to finalizing contracts with Pfizer and Moderna for 100 million more doses each that will be delivered by the end of July, Biden said 100 million other doses that were supposed to arrive in June will now be delivered in May.

“That’s a month faster,” Biden said. “That means lives will be saved.”

To fulfil his promise of administering 100 million vaccine shots in his first 100 days, Biden has taken steps both to increase production of vaccines and improve vaccination rates.

Biden said Thursday that goal will be surpassed.

“My predecessor, to be very blunt about it, did not do his job,” Biden said. “We won’t have everything fixed for a while. But we’re going to fix it.”

Administration officials have said that the vaccine supply was far lower than they were led to believe before Biden took office.

“What I was upset with was not having all the facts that were available to the last outfit,” Biden said while touring a lab at NIH before delivering his full remarks. “We were under the distinct impression there were significantly more vaccines available to begin to be distributed.”

California has reported more COVID-19 deaths than any other state, the first time in 11 months that New York’s toll hasn’t been the worst.

New York state had the worst tally of deaths since March 19, when its 88 deaths topped that of Washington state.

On a per-person basis, New York’s tally is far worse than California’s. About 1 of every 868 Californians have died, compared to 1 in 428 people in New York, a USA TODAY analysis of Johns Hopkins University data shows. New Jersey has the worst rate of deaths: 1 in 398 people reported dead of COVID-19.

Other states where more than 1 in 500 people have died include Massachusetts, Mississippi, Rhode Island, South Dakota and Connecticut. Most states have reported at least 1 out of every 1,000 people dead.

Ohio will add as many as 4,000 previously unreported COVID-19 deaths to the state’s tally during the next week after the Ohio Department of Health discovered reporting errors dating back to October.

Most of these deaths occurred in November and December, already the deadliest two months of the pandemic with 1,574 and 2,859 deaths, respectively, the agency said in a news release.

The correction will result in a few days of higher-than-average death totals, the agency warned.

Instagram has shut down Robert F. Kennedy Jr.’s account for sharing discredited claims about COVID-19 vaccines. The nephew of late President John F. Kennedy has also spoken out against COVID-19 vaccines on his Facebook and Twitter accounts, which are still active. Kennedy claims the vaccines cause severe allergic reactions and are linked to several deaths, including that of baseball star Hank Aaron. Aaron died Friday morning after suffering a massive stroke.

“We removed this account for repeatedly sharing debunked claims about the coronavirus or vaccines,” Facebook said in a statement.

Fully vaccinated people who meet certain criteria will no longer be required to quarantine following an exposure to someone with COVID-19, the Centers for Disease Control and Prevention says.

The eased rules announced Wednesday start 14 days after the final vaccination dose and last for three months after that dose for people who show no symptoms. The latter timeframe could be extended as more is learned about the long-term impact of the vaccines. CDC notes that, although the risk of transmission from vaccinated people is still uncertain, vaccination has been demonstrated to prevent symptomatic COVID-19.

“Individual and societal benefits of avoiding unnecessary quarantine may outweigh the potential but unknown risk of transmission,” the CDC said. Vaccinated people should continue to wear a mask, stay at least 6 feet away from others, avoid crowds and poorly ventilated spaces and follow other guidelines for travel and other activities, the CDC said.

Thousands of workers in New York City’s beleaguered restaurant industry hoping to begin getting back to a semblance of normal when indoor dining returns on Friday. Last month, Gov. Andrew Cuomo announced that restaurants and bars could allow guests back inside at 25% capacity on Valentine’s Day. On Monday, Cuomo moved up opening day to Friday. Governors and mayors elsewhere in the U.S. have also recently reopened or loosened restrictions on indoor dining, including in Philadelphia, Chicago, the Portland, Oregon, area, Maryland’s Montgomery County and New Jersey.

“Unemployment does not scratch the surface of the money we used to make,” said Billy Swenson, a server in New York. “Sitting here making a quarter of what we used to make &mldr; that has been very stressful and there’s been not much relief.”

Minnesota Timberwolves center Karl-Anthony Towns, who lost his mother and six other family members to the coronavirus, on Wednesday played in his first NBA game since testing positive for COVID-19 less than a month ago.

“I had a lot of underlying conditions that didn’t play in my favor genetically,” Town said of his illness. “The amount of virus I had in my body was not healthy whatsoever.”

Towns said he shared similar genes to his mother, Jacqueline Cruz, who died on April 13 after receiving treatment in a medically induced coma and being connected to a ventilator. Towns, who donated $100,000 to the Mayo Clinic to support coronavirus testing efforts, expressed gratitude to front-line workers and described his survivor’s remorse. He said he felt “very guilty about the treatment I got. I feel it should be more widely available to Americans and anyone in the world.”

About 40% of the nation’s 470,000-plus coronavirus deaths could have been prevented if the United States’ average death rate matched other industrialized nations, a new report found. While the Lancet Commission on Public Policy and Health in the Trump era faulted former President Donald Trump’s “inept and insufficient” response, its report said roots of the nation’s poor health outcomes are much deeper. Commission co-chairs Dr. Steffie Woolhandler and Dr. David Himmelstein, longtime advocates for a single-payer health system such as Medicare for All, said the report published Thursday underscores decades of health, economic and social policies that have accelerated the nation’s disparities.

“The overriding thing that we need to do in our country is to decrease the huge and widening inequalities that have emerged in our nation,” Himmelstein said.

The United States reported 19,453 COVID-19 deaths in seven-day period ending Wednesday, the first time deaths were under the 20,000 mark in more than a month, a USA TODAY analysis of Johns Hopkins University data shows. Deaths peaked at 23,541 in the week ending Jan. 14.

Cases in the United States have fallen to less than half of what they were in last month’s peak, and deaths follow case trends. But even with the declines, cases and deaths remain at high levels. The United States is still reporting more than one case every second, and cases are being reported about three times faster than they were in the relative lull before the fall surge. Deaths are still being reported four times faster.

Los Angeles will temporarily close a majority of its vaccine sites on Friday and Saturday, including the megasite at Dodger Stadium, because of a shortage of shots. Mayor Eric Garcetti announced the move in a video conference Wednesday, saying the city, among the hardest hit by the pandemic, only received 16,000 doses this week from the federal government.

“That is down 90,000 from the week before,” he said. “That is unacceptable.” The city expects to use all available Moderna vaccines for first-dose appointments this week by Thursday.

The White House did announce three new mass vaccination sites at sports stadiums in Texas that could deliver a total of 10,000 shots per day. The sites in Dallas, Arlington and Houston will be operated by local health officials supported by federal troops starting Feb. 22. The action comes days after the National Football League said it was working with public health officials to allow use of its stadiums for mass vaccinations, and Biden’s activation of the Federal Retail Pharmacy Program as part of the coronavirus vaccine effort, enabling distribution to retail locations throughout the country.

Helena Christensen, 52, Braves The Snow While Barefoot In A Strapless Bikini — See Pic

A Degree of Justice 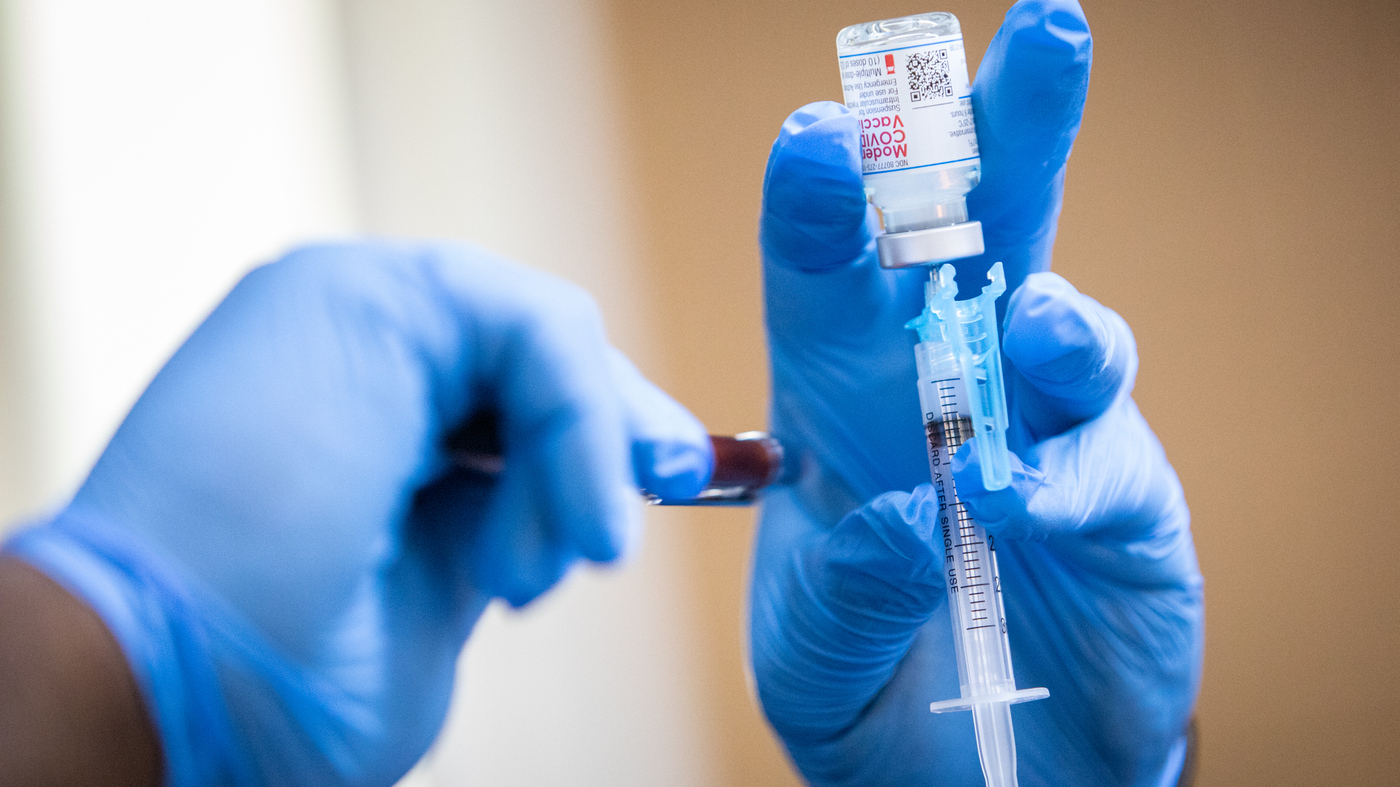 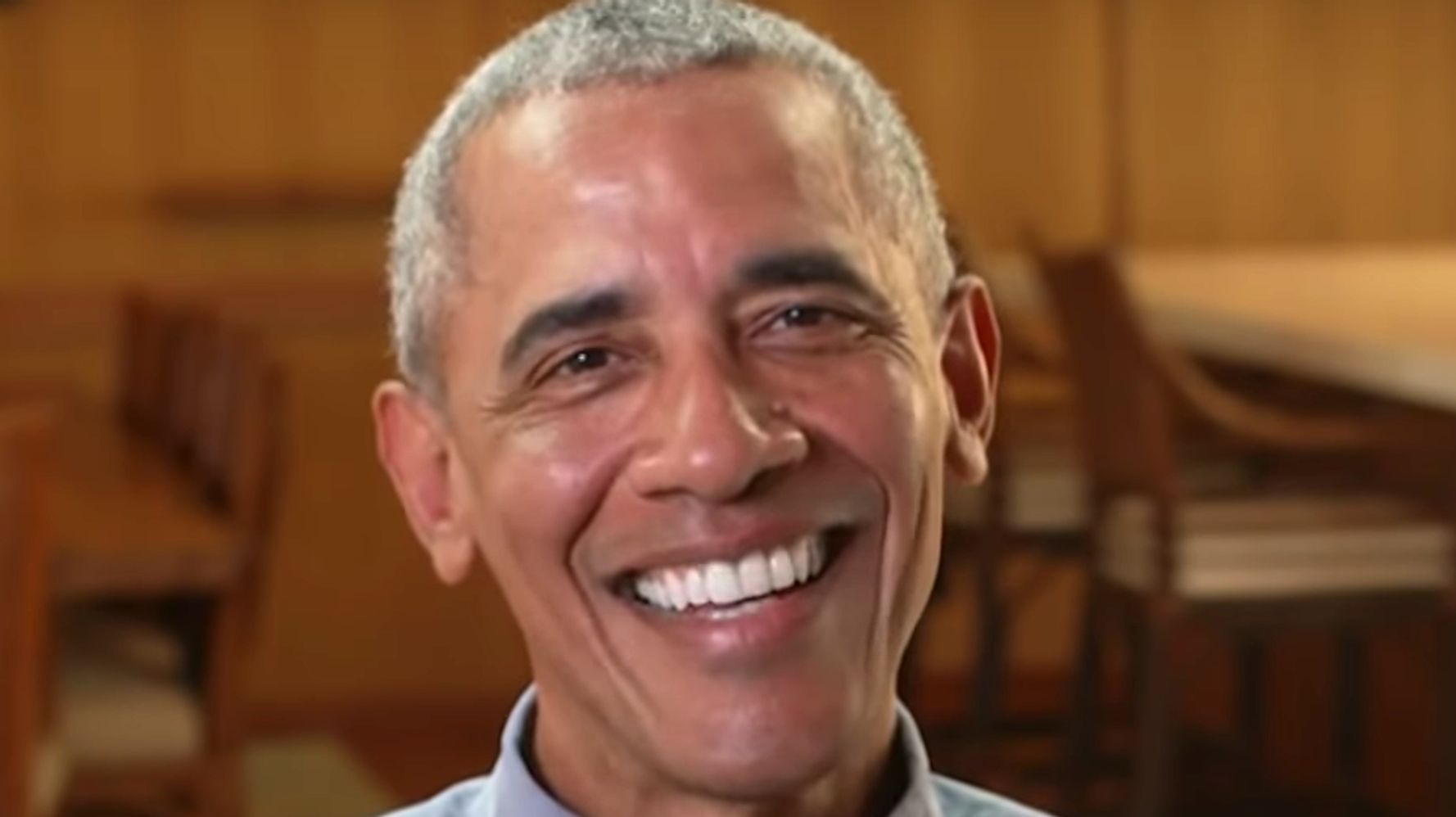 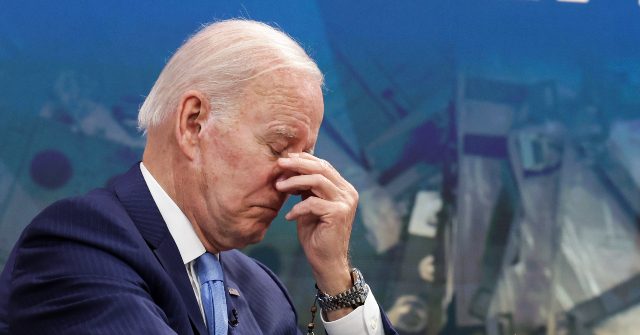 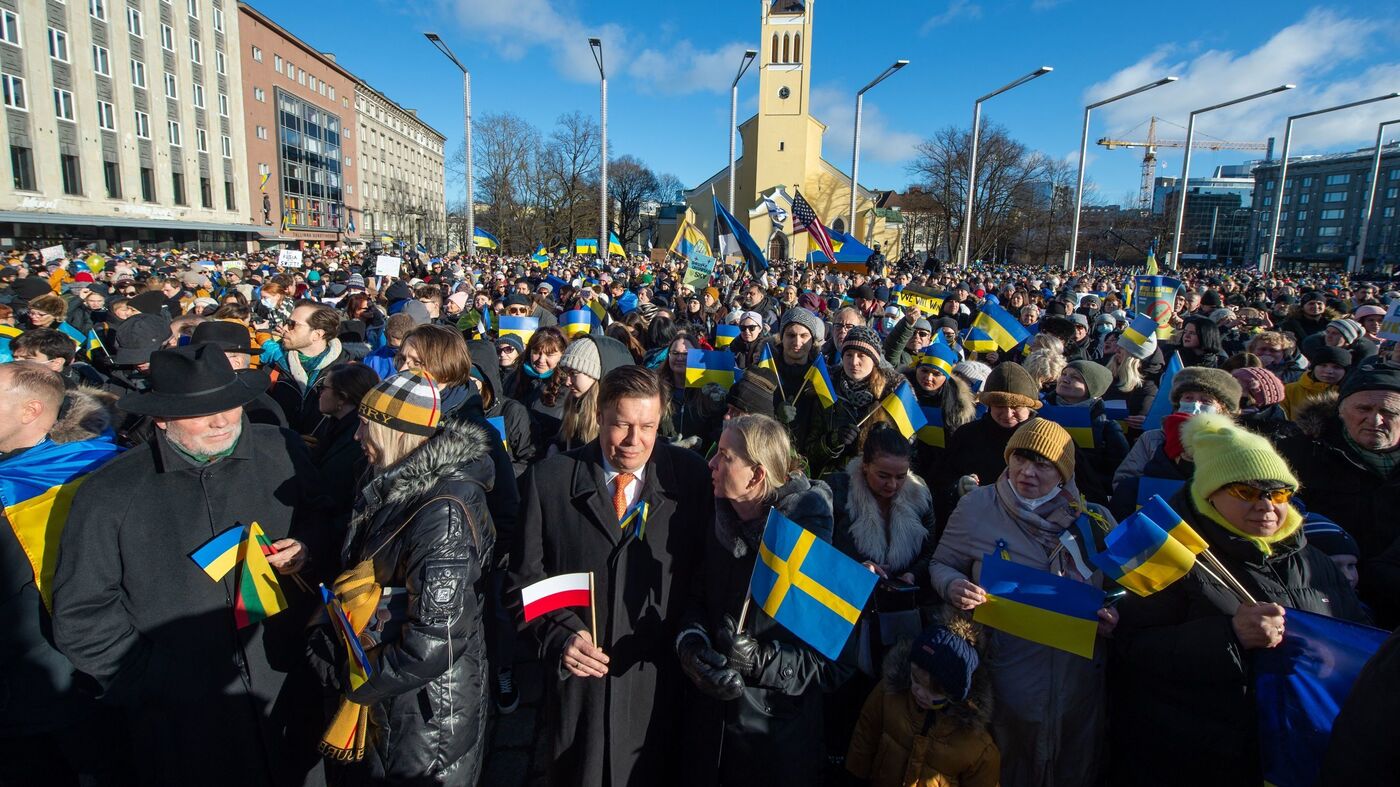