Many Democrats in Congress acknowledge that National Security Agency whistleblower Edward Snowden exposed vast government surveillance overreach. They demonstrated their concern with their actions: When key provisions of the Patriot Act were up for reauthorization earlier this year, progressive Democrats led the charge to strip the law of language used to justify mass surveillance programs uncovered by Snowden.

But now, as President Donald Trump considers whether to pardon Snowden for his alleged crimes, only one Democratic member of Congress has pushed the lame-duck president to do it. The federal government has charged Snowden with three felonies: one count of theft and two violations of the 1917 Espionage Act.

Trump said in August that he was going to “start looking at” the idea of pardoning Snowden.

The most concerted, public effort to push Trump toward pardoning Snowden has come from a handful of conservative lawmakers. Three Republican members of Congress and one Republican-turned-independent encouraged Trump on Dec. 12 to pardon Snowden.

The appeals on Twitter from Sen. Rand Paul (R-Ky.) and Reps. Matt Gaetz (R-Fla.), Thomas Massie (R-Ky.) and Justin Amash (I-Mich.) were part of a coordinated initiative by surveillance critics on the right to leverage Trump’s hostility toward the intelligence agencies, which he calls the “deep state,” to exempt Snowden from prosecution for revealing the extent of the NSA’s spying programs on American citizens.

But thus far, outgoing Hawaii Rep. Tulsi Gabbard is the only Democratic member of Congress to call on Trump to pardon Snowden. And some civil liberties advocates are disappointed.

“Lawmakers should celebrate and protect the brave people who expose government abuse and corruption, regardless of who is in the White House when it happens,” said Evan Greer, deputy director of the digital freedom group Fight for the Future.

This is a test of principle over partisanship, and Democrats are woefully failing it.
Glenn Greenwald

Twenty House Democrats signed a letter to House Judiciary Committee Chairman Jerrold Nadler (D-N.Y.) in October 2019 to warn that they would withhold support for the reauthorization of Section 215 of the Patriot Act absent major reforms. That section provided the supposed legal justification for the first and most prominent mass surveillance program that Snowden uncovered with his 2013 leaks: the NSA’s collection of virtually all Americans’ phone records without a warrant. (Thanks in part to this pressure from progressives, Congress reached a stalemate on reform that prompted Section 215 to expire altogether in March; this past September, a federal appeals court also ruled the original phone data collection program unconstitutional.)

Aside from Rep. Alexandria Ocasio-Cortez (N.Y.), who addressed the matter in an interview with The Intercept, HuffPost reached out to all of the letter’s signatories about whether they would join the call for Trump to pardon Snowden.

As of Monday evening, only the office of Wisconsin Rep. Gwen Moore replied to HuffPost’s inquiry.

“Rep. Moore has been extremely troubled about Trump’s frequent and flagrant misuse of the pardon power throughout his presidency and believes that the pardon process should be normalized and go through the Dept of Justice vetting process like other presidents have undertaken for pardons in the past,” Moore’s chief of staff Sean Gard told HuffPost in a statement.

Leahy, Durbin, Heinrich, Khanna and Jayapal, who chairs the Congressional Progressive Caucus, did not respond.

Wyden, whose 2013 hearing question to then-Director of National Intelligence James Clapper prompted Clapper to lie about the existence of mass surveillance of U.S. citizens, provided a statement praising the impact of Snowden’s actions without endorsing a pardon.

“I’m not going to sit in judgment on pending criminal charges, though I certainly don’t think there should be a double standard where defenders of particular programs can leak classified information and get off scot-free, while critics of those programs go to prison,” Wyden said.

“Mass surveillance was never going to end until the public found out about it, and in fact, after The Guardian and Snowden revealed dragnet government surveillance, Congress ended that unconstitutional program,” he continued. “That’s why I spent years urging the Bush and Obama administrations to be straight with the American people and why I’m continuing the long fight to protect Americans’ rights.”

Other progressives sympathetic to Snowden have stopped short of whole-heartedly embracing his pardon. Sen. Bernie Sanders (I-Vt.), who has repeatedly praised the effect of Snowden’s leaks, called in 2016 for the federal government to grant Snowden “clemency” by promising a lighter sentence in exchange for Snowden’s return to the U.S. And Ocasio-Cortez, who is the most famous left-wing member of the House, told The Intercept that Snowden “should be considered” for a pardon by either Trump or President-elect Joe Biden.

There are, of course, many outspoken opponents of pardoning Snowden in the still-dominant, hawkish wing of the Republican Party, from Sen. Lindsey Graham (S.C.) to Rep. Liz Cheney (Wyo.).

But the absence of Democratic participation in the push to pardon Snowden is notable because it runs counter to the Democratic Party’s historic commitments. From the 1975 Church Committee investigations into domestic spying to the post-Snowden scramble to curb the government’s surveillance powers, left-leaning members of the Democratic Party have been some of the national security establishment’s boldest opponents and most successful reformers.

Glenn Greenwald, an independent journalist who first published Snowden’s leaked documents and is an outspoken advocate for his pardon, accused Democrats of being more protective of national security leakers like Daniel Ellsberg who reveal classified information during Republican administrations than of Snowden, who acted while Barack Obama was president.

“This is a test of principle over partisanship, and Democrats are woefully failing it,” Greenwald said.

One reason that progressive Democrats have traditionally been vigilant about federal government snooping is the frequency with which such tactics have been used to undermine social movements associated with the left. The FBI spied not only on more radical elements of the Black civil rights, antiwar and Puerto Rican independence movements in the 1960s and 1970s, but also on mainstream figures like Martin Luther King Jr., infamously using evidence of King’s adultery to encourage his death by suicide.

This legacy, and the more recent, bipartisan fight to allow the expiration of the key Patriot Act provisions, should make pardoning Snowden a progressive cause, according to Greenwald and some other civil liberties activists.

“Democrats who oppose the Patriot Act, who think that Bush-era warrantless wiretapping and other mass surveillance programs were wrong … need to understand that the possibility of pushing back against the surveillance state is in large part a function of Snowden’s good deeds, and his work in the public interest should be defended,” said David Segal, executive director of Demand Progress, a liberal group that opposes mass surveillance. “He should be defended and protected with a pardon.”

They’re letting Republicans pretend to be the party of liberty and basic rights. It’s depressing.
Evan Greer, Fight For the Future

“It’s frankly outrageous that Democrats have been so silent, or even worse have falsely labeled [Snowden] as a traitor,” Greer told HuffPost in a statement. “By doing so they’re letting Republicans pretend to be the party of liberty and basic rights. It’s depressing.”

The American Civil Liberties Union and the Electronic Frontier Foundation ― groups that have called for Snowden’s pardon ― declined to comment when asked whether lawmakers from both parties, including sympathetic Democrats, should join the calls for Snowden’s pardon. (An ACLU attorney leads Snowden’s legal defense team.)

The editorial board of The New York Times, which appealed to Obama to offer Snowden clemency, has stayed out of the push to encourage lenient treatment from Trump.

HuffPost also reached out to Free Press, a digital rights group that also supports pardoning Snowden. “We tend not to play pardon politics and don’t see much value in engaging with the Trump administration on any issue,” said Tim Karr, a Free Press spokesperson.

But, Karr added, “We’d certainly be supportive of any push in Congress.”

These groups’ quietness on the matter reflects a tactical consideration to let Republicans do the heavy lifting, according to a prominent civil liberties advocate, who requested anonymity so as not to jeopardize the prospects of Snowden’s pardon. Civil liberties groups associated with the left worry that appeals from lawmakers and institutions that have been critical of Trump could undermine the appeal of a possible pardon by speaking up more vocally, according to the advocate.

Greenwald, who has appeared on Fox News to make his case for a Snowden pardon, maintains, by contrast, that progressive encouragement of Trump would, at the very least, do no harm to the cause. It might even help, Greenwald ventured. “I think Trump does like the idea of being applauded across the spectrum,” he said.

Some progressives have called for Democrats to prioritize the pardoning of Reality Winner, a former NSA translator who is serving a five-year prison sentence for leaking official documents showing that Russia tried to interfere with voting systems in 2016. Unlike Winner, Snowden lives freely with his wife in Moscow, where the Russian government continues to provide him with asylum. (Contrary to some people’s misconceptions, Snowden is a critic of the Russian government who sought protection there as a last resort.)

While presidents tend to defer to the intelligence agencies, which argue that no leak of sensitive national security information should go unpunished, Trump’s impulsive style and personal grievances with federal law enforcement agencies, some of which are legitimate, make him a unique target for the campaign to pardon Snowden.

“In this moment, for a variety of reasons there are ideologues in both parties who support the same legislative vehicles to constrain surveillance, to constrain war, and who recognize that an unchecked national security and military industrial complex is not in the interests or wellbeing of the broader public and want to do something about it,” Segal said.

In addition, it is clear that many Democratic lawmakers’ silence about a Snowden pardon does not spring from tactical concerns about the best way to influence Trump. In 2016, when liberal civil liberties groups were conducting a more public campaign pressuring then-President Obama to pardon Snowden, there was no comparable fear that Democrats’ endorsement of the cause would undermine the political case for a pardon. But no Democratic member of Congress embraced that call to pardon Snowden either.

“Some leading Democrats have led efforts to rein in the illegal mass surveillance programs that Snowden exposed,” Greer said. “The least they can do is support a pardon for the person who provided the information they are basing their reforms on.”

In California: State lifts stay-at-home orders for all regions 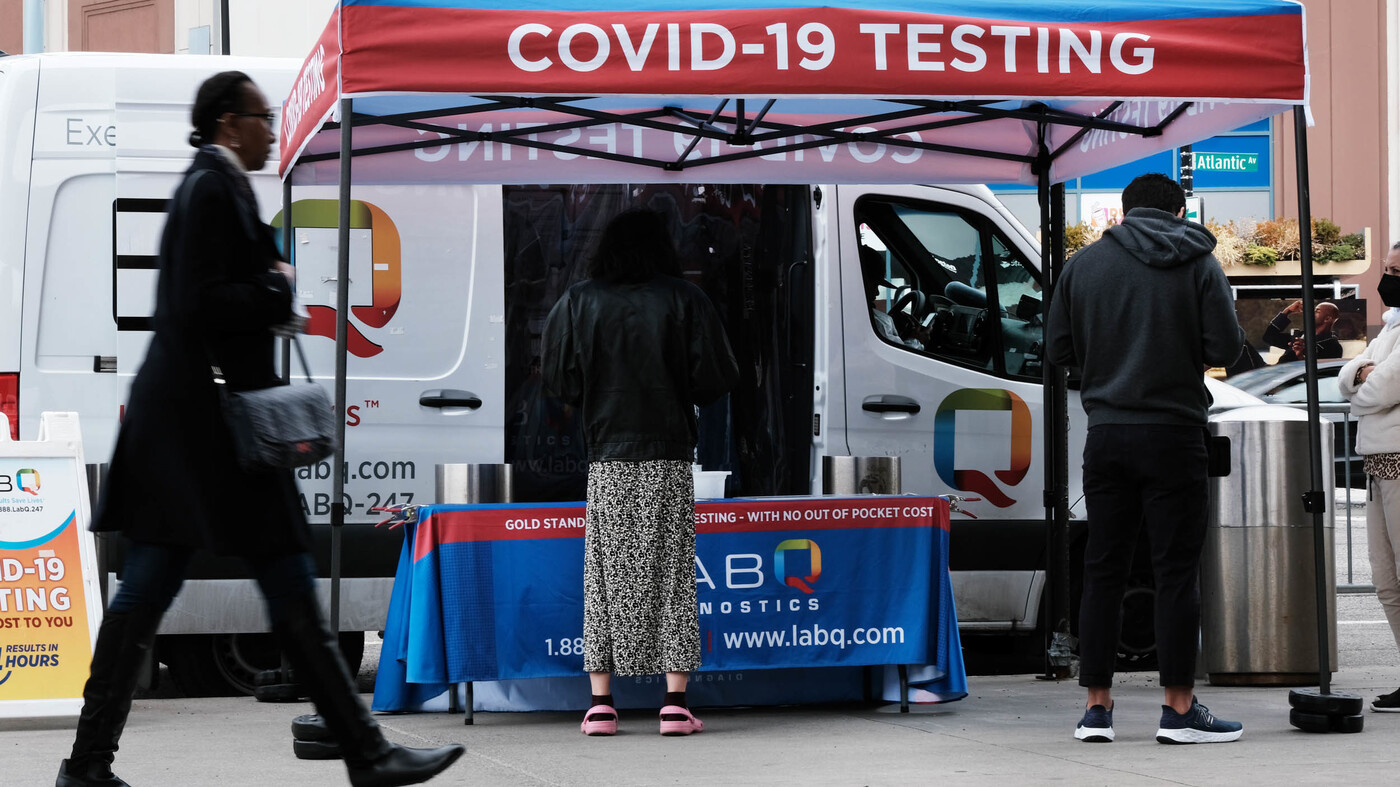 Omicron poses about half the risk of long COVID as delta, new research finds 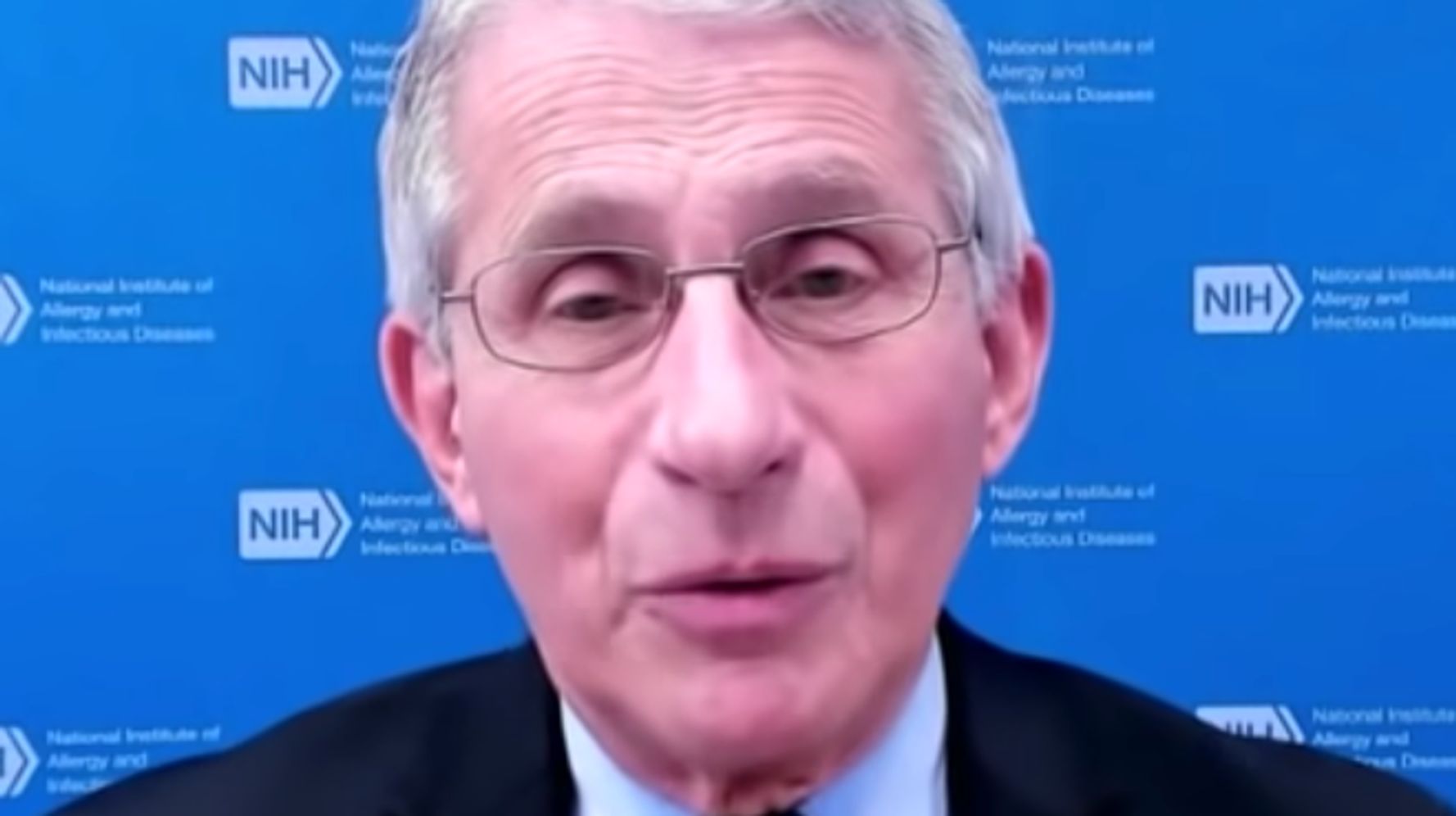 Fauci Reveals What Still Baffles Him About The COVID-19 Pandemic