Federal investigators have signaled some of the defendants in the attack on the U.S. Capitol could be charged with seditious conspiracy, a law enacted to target those who attacked the federal government during the Reconstruction era.

An indictment filed on Jan. 27 charges three of the riot suspects with conspiring to impede Congress’ certification of the Electoral College vote for the 2020 presidential election. The filing alleges those three are members of the Oath Keepers, “a loosely organized collection of militia who believe that the federal government has been co-opted by a shadowy conspiracy that is trying to strip Americans of their rights.”

Friday, prosecutors added six more alleged Oath Keepers as defendants in that conspiracy case. The indictment alleges that one of the suspects, Florida resident Kelly Meggs, 52, wrote Facebook posts referring to a tweet by then-President Donald Trump about the Jan. 6 protest in Washington, D.C.

Speaking generally on the day after the attack, Michael Sherwin, the acting U.S. attorney for the District of Columbia, said charging some riot suspects with seditious conspiracy is one option “on the table.”

But winning a seditious conspiracy case isn’t easy. Federal prosecutors have brought few cases to trial since the mid-1950s, and they’ve had mixed success.

But in 1988 an Arkansas jury acquitted white supremacists of seditious conspiracy. Massachusetts jurors reached not guilty verdicts in 1989 against three defendants accused of conspiring against the U.S. government. And a judge granted acquittals in 2012 for members of an armed, anti-law enforcement extremist group in Michigan.

Many attorneys say it would be appropriate to charge some of the Capitol rioters with seditious conspiracy or with violating another federal law that criminalizes insurrection and rebellion against the United States.

Those laws “seem tailor-made to cover the precise course of conduct engaged in by a number of the defendants who either have been or might still be charged in the attack on the Capitol,” said Laurence Tribe, a constitutional law expert at Harvard Law School.

A conviction can carry a 20-year prison sentence. The statute prohibiting rebellion or insurrection carries a 10-year sentence.

Most of the 198 people charged so far by federal prosecutors in the District of Columbia have been accused of less-serious crimes, such as disorderly conduct. But 17 have been charged with conspiracy to commit an offense against the United States, obstruction of an official proceeding, and entering and remaining in a restricted building.

Filings in some of those cases note that the attack forced a hasty adjournment of the House and Senate, which were meeting in joint session to formalize Joe Biden’s presidential victory over Donald Trump.

Others say attackers’ actions “did in fact impede and disrupt the orderly conduct of government business and essential functions” — language similar to the seditious conspiracy statute.

“I don’t see any reason why it wouldn’t be the right charge” for some of the suspects, said Andrew McCarthy, a former assistant U.S. attorney and current National Review columnist who was the lead prosecutor in the Rahman case.

Conspirators or people ‘along for the ride’?

The portion of the seditious conspiracy statute prohibiting an attack on government could apply to many people at the Capitol on Jan. 6, McCarthy said. But it may be tougher to prove a conspiracy.

“Can you sort out the people who were the conspirators versus those who were just along for the ride?” McCarthy asked.

Phone calls and electronic communication among the rioters could prove crucial to proving seditious conspiracy. The indictment against the three suspected Oath Keepers alleges that they used social media and messaging apps to recruit a large crowd for the Jan. 6 riot. That day, the suspects communicated via a “Stop the Steal J6” channel on a walkie-talkie app called Zello, the indictment alleges.

“Anything that you could establish that shows planning around an attack is potential evidence,” McCarthy said.

However, Ronald Kuby, a civil rights attorney in New York City who was one of Rahman’s attorneys, warned that seditious conspiracy charges “can be based purely on speech, often political speech, that is constitutionally protected.”

Some people in the crowd on Jan. 6 simply rallied in support of Trump’s false claims that the election had been stolen. They didn’t enter the Capitol, clash with police, or try to disrupt Congress.

Norm Olson, who co-founded the Michigan Militia in the mid-1990s, said he did not support the assault on the Capitol. (His group was not the one prosecuted for seditious conspiracy in 2012.) However, Olson said he believes prosecutors would have a hard time proving seditious conspiracy.

“I don’t know what the government has, but what I saw there was a lot of people getting caught up in the moment,” Olson said. “I didn’t see an organized plot to overthrow the government.”

A court filing alleges that Thomas Edward Caldwell, one of the indicted Oath Keepers, received a Facebook message during the riot that said congressional members were “in the tunnels under capital seal them in . Turn on gas.”

Other court documents show that two suspects charged with conspiracy were seen that day with leaders of the Proud Boys, an extremist group with ties to white nationalism.

Tribe said it is difficult for outsiders, even legal experts, to forecast the appropriate charges against riot suspects “without knowing the detailed evidence that a thorough Justice Department investigation is likely to uncover.”

A 1954 seditious conspiracy case against Puerto Rico nationalists also involved an attack on the Capitol.

A small group took a train from New York, entered the Capitol, made their way to the House gallery, and opened fire on the floor below. “Bullets rained down from German Lugers and other pistols” as the suspects called for their homeland’s independence, The New York Times reported at the time.

The indictment alleged the years-long conspiracy included a violent uprising in Puerto Rico, a botched effort to assassinate President Harry Truman, and the Capitol attack.

Four defendants pleaded guilty and received suspended sentences. The remaining 13 were convicted, and each was sentenced to six years in prison.

After reviewing the case, a federal appeals court ruled that trial evidence had established the scope of the alleged conspiracy and linked it to each of the defendants. Citing a Supreme Court decision, the appeals court rejected arguments that the prosecution had violated defendants’ First Amendment right to free speech.

The appeals court concluded: “The record shows that the Nationalist Party of Puerto Rico, once a political party, had abandoned hope of achieving Puerto Rican independence through legitimate political processes in favor of overthrowing American authority in that commonwealth by force of arms and by violence.”

They were found guilty of plotting Fourth of July bombings of a Marine training center and an Army Reserve center in Chicago in 1983. The bombings weren’t carried out. Jose Luis Rodriguez, the only defendant represented by an attorney, received a suspended sentence. His co-defendants, who represented themselves at trial, each got a 35-year prison term.

“These acts would intimidate and demoralize law enforcement, diminishing their ranks and rendering them ineffective,” the indictment charged.

Part of the case relied on testimony by Stephen Haug, an FBI agent who had secretly embedded in the Hutaree group. He testified about an alleged conspiracy to attack police officers and use bombs and other weapons of mass destruction.

Federal prosecutors said the case was not focused on freedom of speech or association, but rather on the planned attacks. However, U.S. District Court Judge Victoria Roberts noted that much of the trial evidence focused on speeches.

Defendant David Brian Stone Sr. “frequently made statements describing law enforcement as the enemy, discussing the killing of police officers, and the need to go to war,” the judge wrote. Roberts concluded those statements weren’t enough to support the conspiracy charge.

“While the Government presented evidence of vile and often hateful speech, and may have even shown that certain defendants conspired to commit some crime — perhaps to murder local law enforcement — offensive speech and a conspiracy to do something other than forcibly resist a positive show of authority by the Federal Government is not enough to sustain a charge of seditious conspiracy,” Roberts wrote.

The judge granted acquittal petitions submitted by defense lawyers without requiring them to present the rest of their case.

The trial of Rahman and his co-defendants involved foreign terrorism, not domestic. Prosecutors alleged the suspects planned attacks, but didn’t charge them with carrying out any bombings.

Yet the trial, conducted amid fresh memories of the 1993 bombing of the World Trade Center that killed six and injured more than 1,000, ended with convictions on nearly all counts, including seditious conspiracy.

Rahman, known in the U.S. as the Blind Sheik, railed in sermons against the totalitarian government of his native Egypt. In one exhortation, prosecutors alleged Rahman urged followers to “do jihad with the sword, with the cannon, with the grenades, with the missile &mldr; against God’s enemies.” The cleric called for the U.S. to end its support of Egypt and Israel.

McCarthy said he and other prosecutors turned to the seditious conspiracy law in part because few federal criminal statutes at the time applied to foreign terrorism and carried long prison sentences.

The trial represented the largest U.S. terrorism case at the time. Prosecutors alleged the group plotted to blow up the United Nations headquarters in New York City and other landmarks in pursuit of their cause.

Because the group never carried out its attacks, the prosecution relied in part on testimony about the alleged plotting provided by Emad Salem, an FBI informant and former Egyptian army officer who had ingratiated himself with Rahman’s followers.

A jury returned guilty verdicts on all but two of the 50 charges. Rahman was sentenced to life in prison. The cleric, who coped with diabetes and other ailments along with blindness, died in prison in 2017.

In 1987 federal prosecutors filed a seditious conspiracy case in Arkansas against 14 suspects with alleged linked to a neo-Nazi group known as the Aryan Brotherhood and another far-right group called The Order, an organization that had declared war against the U.S. government.

Among the defendants were Louis Beam, a former head of the Texas Knights of the Ku Klux Klan, and Aryan Nations leader Richard Butler. The suspects wanted to establish an all-white nation in the Pacific Northwest, prosecutors alleged.

Along with an alleged conspiracy to topple the U.S. government, charges against the group included plotting to kill government officials and interstate transport of stolen money.

In part, prosecutors built their case on evidence from James Ellison, a convicted racketeer and former leader of an Arkansas paramilitary group called The Covenant, the Sword and the Arm of the Lord. Defense lawyers argued that Ellison concocted the conspiracy allegations.

Criticizing the prosecution, supporters of the defendants argued the trial was an anti-free speech case. Beam called it “the McCarthyism of the ’80s,” a reference to federal investigations of suspected Communists decades earlier.

An all-white jury acquitted the defendants in April 1988.

Thomas Robb, a trial spectator identified by the Southern Poverty Law Center as the head of the Knights of the Ku Klux Klan, derided the prosecution after the verdict. 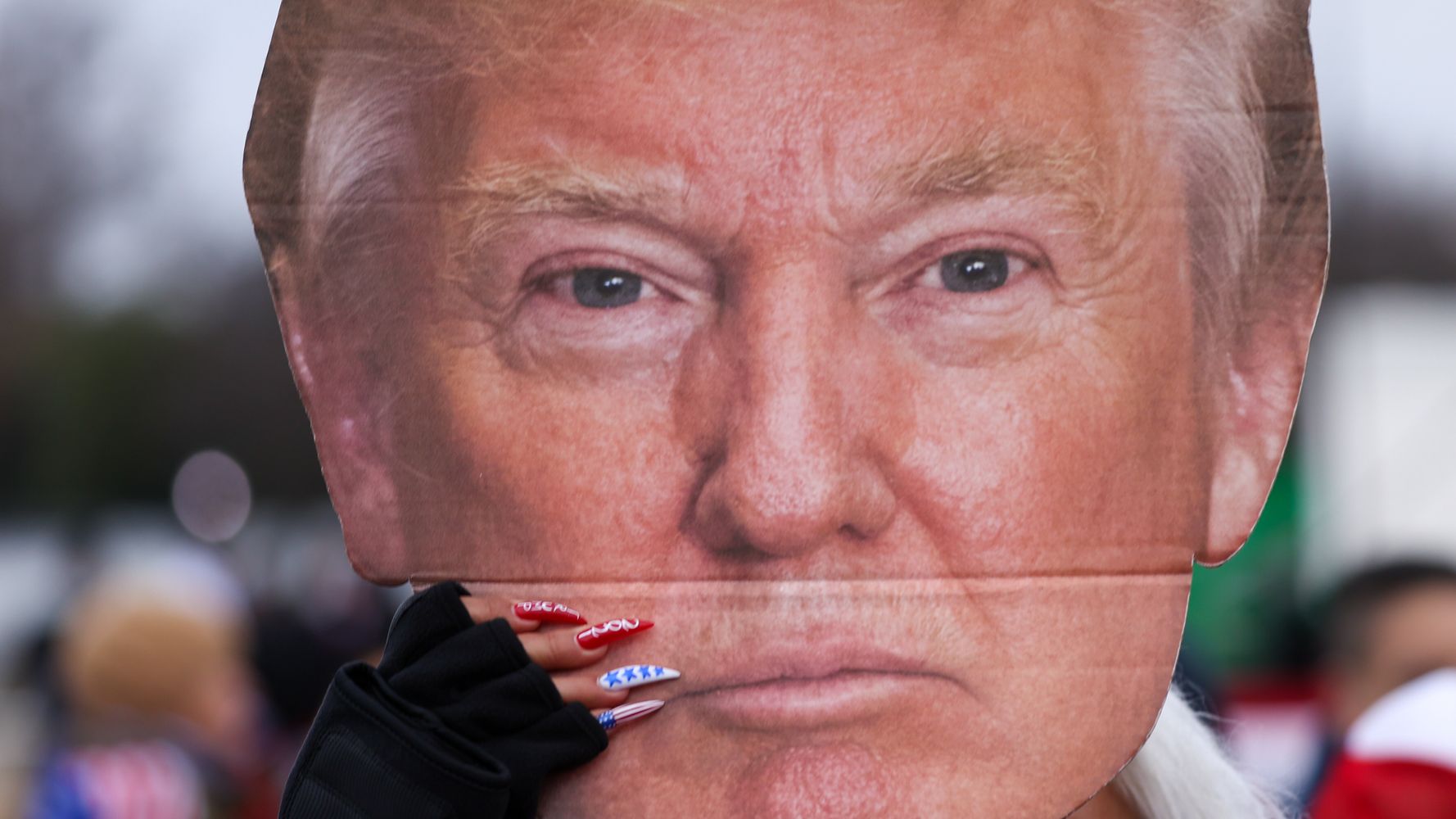 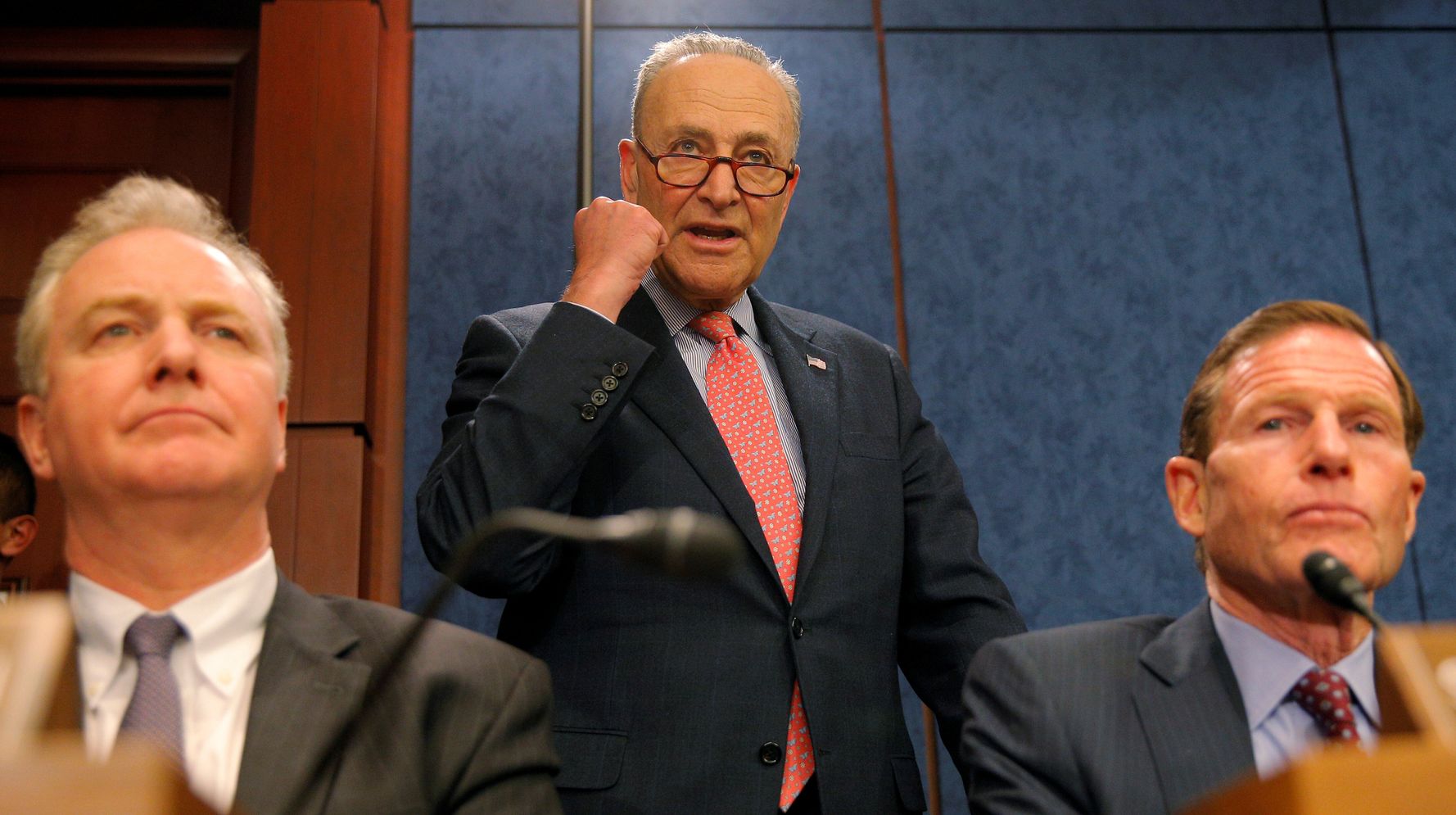 How Democrats Can Disappear Some Of The Trump Legacy Pretty Quickly