Jose Gonzalez and his wife Maria, wait for customers in their corner shop that he remodeled, stocked and extended with money he earned over a decade working in the United States, in the Purepecha Indigenous community of Comachuen, Michoacan state, Mexico, Wednesday, Jan. 19, 2022. (AP Photo/Fernando Llano)

Jose Gonzalez and his wife Maria, wait for customers in their corner shop that he remodeled, stocked and extended with money he earned over a decade working in the United States, in the Purepecha Indigenous community of Comachuen, Michoacan state, Mexico, Wednesday, Jan. 19, 2022. (AP Photo/Fernando Llano)

COMACHUEN, Mexico — In Comachuen, a Purepecha Indigenous community of about 10,000 inhabitants nestled high in the pine-clad mountains of the western state of Michoacan, the whole town survives because of the money sent home by migrants working in the United States.

That money, known as remittances, kept families fed after local woodworking sales dropped off a decade ago when pine lumber started to become scarce. The money has allowed their families to remain in Comachuen rather than moving to other parts of Mexico for work. That — and the fact kids spend much of the year with their mothers and grandparents — has helped preserve the Purepecha language among almost everyone in town.

The traditional textiles, woodworking and construction live on, largely because such enterprises are funded by migrants who send money home to build houses here. Many things here — the church, the bull ring, the charity donations — are paid for by migrants.

The Mexican government believes remittances last year will surpass $50 billion for the first time. But whether the remittances allow families to just survive or progress enough so their kids won’t have to emigrate varies, reflecting a person’s plans and outlook.

The cold winter mornings in Comachuen are a throwback to another era. The men are back in town because of the seasonal lull in agricultural work in the United States.

Many workers from Comachuen get H2A temporary U.S. work visas, while others go without documents. Hundreds of men here work at the same vegetable farm in upstate New York every year, planting onions, harvesting squash, cabbage and beans. Porfirio Gabriel, an organizer who recruits workers to go north, estimates that one farm alone has brought $5 million into the town over three years, by far its largest single source of income.

Inhabitants exchange greetings in Purepecha as they pass each other in the narrow streets. At one end of town, three drovers head their teams of oxen through the streets and into the surrounding hills to haul down freshly cut pine trunks on narrow carts. The tree trunks are laid in the street in front of the homes of those who purchase them, to be sawn down in backyard workshops.

The whir of wood lathes mixes with the shouts of men hauling bricks and wheelbarrows of sand and gravel into half-built houses. Comachuen comes alive in winter.

Tranquilino Gabriel — it is a common last name here — is turning out decorative wood spindles on a primitive lathe. The 59-year-old does this only on his downtime from working in the U.S., to keep his decades-old family business alive. The 5 pesos (25 cents) he gets for each is just supplementary income.

He says wood is getting scarce and it’s unclear how much longer they will be able to do it. “More people are clearing land and planting avocado trees,” Gabriel says.

Gabriel is resigned to working in the United States as long as he can. He sends home about $7,500 each year from what he earns working the fields. That money is largely used to fund his children’s education, paying private college fees so his eldest son can be a registered nurse.

His hope is that his children will get university degrees and not have to emigrate. “I am paying for their studies, so that they don’t have to do what we had to do,” Gabriel says.

Apart from spindles, which are shipped to a nearby town to be assembled into bookcases and shelves, the economy here largely involves migrants selling to other migrants.

José González, 55, works at the corner shop that he remodeled, stocked and extended with money he has earned over a decade working in the United States.

González, who has the stern, thoughtful face of an Indigenous drill sergeant, says he used to do woodworking, “but it wasn’t enough to meet our basic needs.” After working the fields in Mexico for a while, he had to emigrate. Now his well-stocked store sells canned goods and food to the families of migrants.

Omar Gabriel, 28, sells sand, gravel, cement and rebar to migrants who are building or expanding their homes in Comachuen with money they earn in the U.S. Gabriel, one of the younger and better educated of the migrant workers, studied accounting at a university nearby. He has plans that don’t include forever going north to plant onions each spring.

His money from U.S. farm work goes to expand the family firm, Don Beto Materials, and pay for his younger brother’s university education as an architect. The family just bought a used bulldozer with money he earned in the north. Previously they bought a dump truck.

“My goal is to work for five more years (in the United States) to get together enough capital to get the company going right” as a full-services construction firm, from blueprints to excavation to building, he says.

But even if Gabriel will no longer have to migrate some day, it appears his business will probably always be dependent on a steady stream of migrant customers with dollars in their pockets.

The next generation is the key: Will the influx of remittances allow Comachuen’s young adults to build a life in Mexico, instead of doing stoop labor in U.S. fields?

Andrés Reyes Baltazar, 20, is studying business administration at a public university in the state capital, Morelia. On winter break, he was helping his father, Asención Reyes Julian, 41, in the family’s furniture workshop, where they’re building a huge wooden cupboard about six feet wide and eight feet tall. (Many Mexican homes don’t have closets.)

The father has been going north to work since 2011 because, he says, in the furniture trade “sometimes there are customers, and sometimes there aren’t.” Reyes Julian spends much of the money he earns in New York to pay for his son’s education.

Andrés has dreams of using his education to build the business, perhaps buying a truck to reach broader markets and get better prices for their furniture. Making finished pieces brings better profit margins than turning out furniture parts, and the Reyes family is one of the few here that still do it.

But when asked whether he too will someday go north to work in the United States, Andrés is evasive. “I might, perhaps. But first I’m going to finish my education.”

Andrea Sánchez, 21, speaks perfect English. She migrated without documents to California with her family as a young child in 2002 and studied at U.S. schools through the sixth grade.

When her family returned to Comachuen, she said, “it was a big shock … it was really different.” In the decade since, she has learned to love her hometown, even if it doesn’t have the large homes and well-kept yards she saw in her childhood. “This is home. This culture calls to me.”

Even though she is studying here to be a teacher, and helping her mother with the family’s traditional embroidered textile business, she still holds dreams of returning to the United States someday.

“If there is that possibility, I would,” she said, adding: “I would rather do things legally. That would be the goal.”

Digital millionaires: The rise of crypto influencers in Singapore

Relief efforts ramp up in Tonga after eruption, tsunami 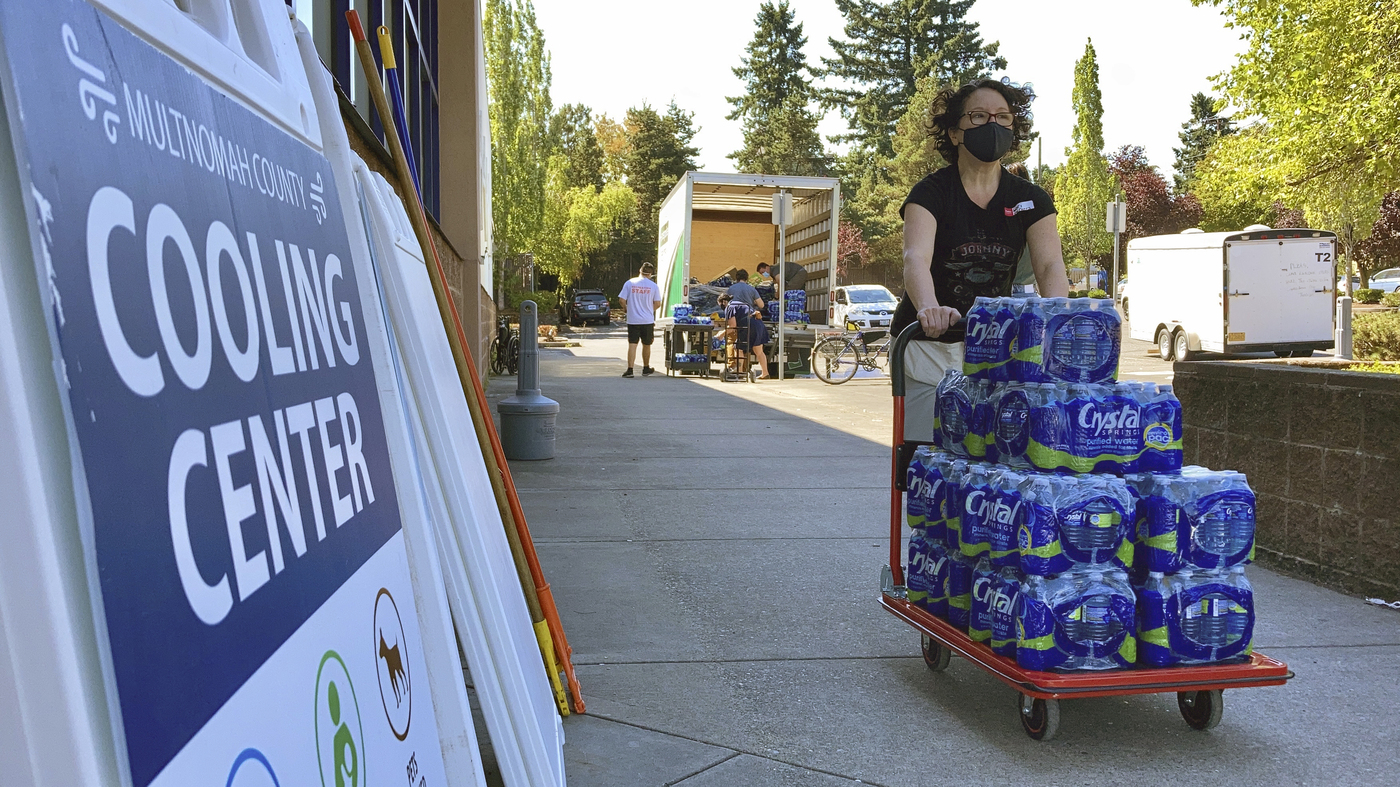 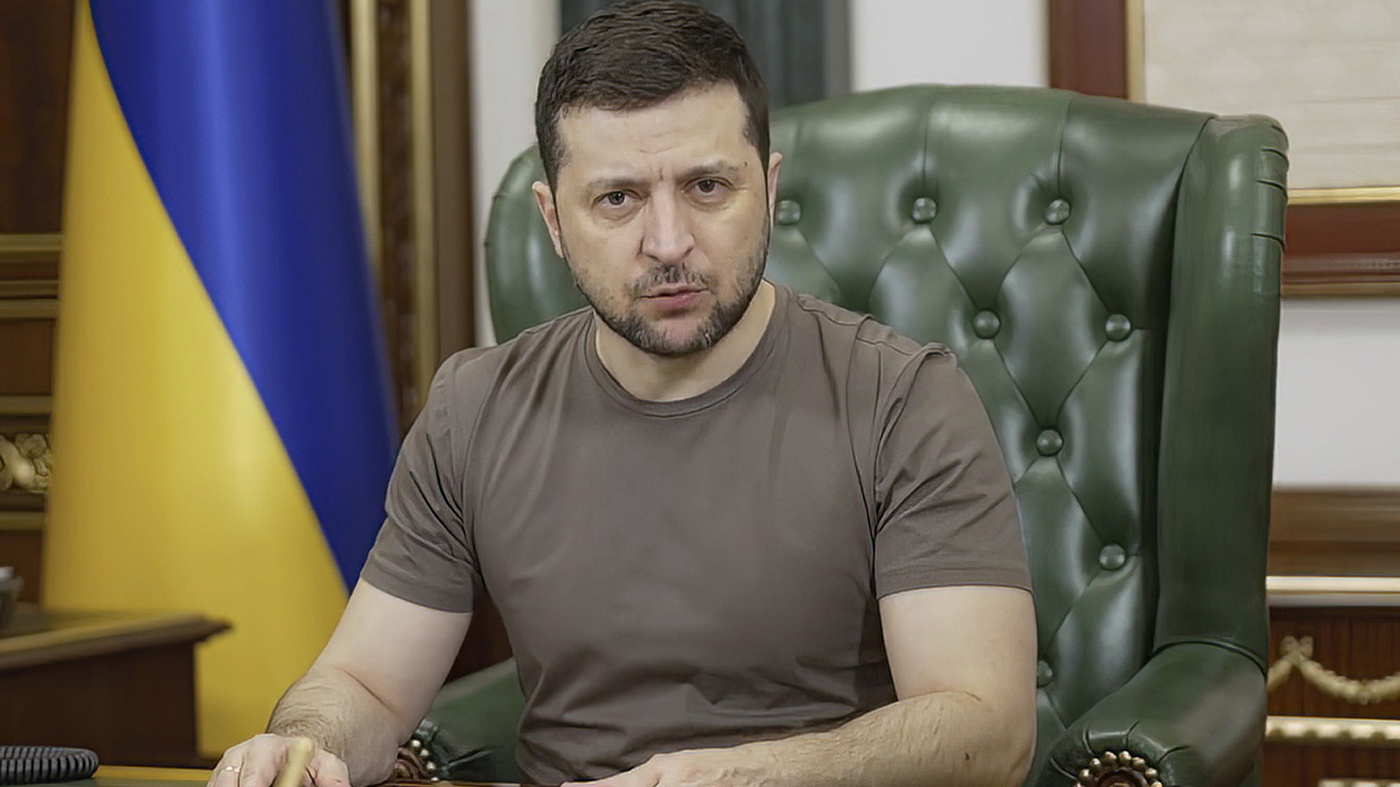 Zelenskyy will give a virtual address to Congress