The bear’s throaty growl starts to my right, then circles predatorily around to my left as I turn. But I stay calm, because the beast is not really there – it’s an illusion. I’m on a street corner in Leeds on a bright, chilly autumn morning and there are no bears for thousands of miles – or at least there haven’t been for well over a century.

Between 1840 and 1858, before Burley Park was all tarmac and terraced housing, the street where I’m standing was part of the short-lived Headingley Zoological and Botanical Gardens. I’m on a guided “sound walk” around the graffitied remnants of its walls, and I’ve just reached Bearpit Gardens.

A Garden Through Time, produced by community project 365 Leeds Stories, is an immersive, geo-located audio walk – one of about 50 UK routes available on the Echoes app. As I move about, the GPS on my phone tracks my exact movements and responds by triggering music, sounds and speech. At Bearpit Gardens, Pauline Mayers, a local artist and choreographer, talks about how the flora and fauna in Britain’s zoological and botanical gardens was an embodiment of empire and slavery in the Victorian era. It’s insightful, engaging and acutely rooted in the surroundings. The murmur of birdsong in my ear recedes as I walk on from Bearpit Gardens.

Like many people, I have struggled to come to terms with personal confinement during the pandemic, but sound walks have presented a new way to travel – physically, mentally and, occasionally, back in time.

A house built after the Headingley Gardens were closed, incorporating a section of the old wall. Photograph: Lorna Parkes

“The beauty of it is that we’re a very broad church,” says Andrew Stuck, who in 2017 cofounded what has come to be known as Sound Walk September. Each year, people from as far away as Japan, Belgium and Brazil submit sound walks – similar to A Garden Through Time – to the Walk Listen Create platform. Entries are whittled down to a shortlist in October by an independent panel and a winner is picked at the end of the year.

This year’s shortlist ranges from performative art to reportage and travelogue. Some, like Bath Workhouse Burial Ground: Walking the Names, are site-responsive. This piece involves layered readings from a burial register that kick in as you walk around the unmarked grave of 3,000 people who perished in a forgotten Bath workhouse between 1858 and 1899.

Some are more like sophisticated audio travel guides: The Last Eccentrics of Greenwich Village takes listeners on a walk around the New York neighbourhood via its 1960s counterculture roots.

Other sound walks can be done from the armchair. My favourite is The Ears May Travel, which describes itself as “a vacation for the senses”. One segment is a meditative swim from cave to city in Crete. Its creator, Carina Pesch, uses binaural recording (with multiple microphones) to create a 3D stereo experience: it feels like being sloshed about by waves between swimming strokes. “I am especially interested in the thin borderline between reality and fiction, because sometimes it can be moved,” says Pesch.

Despite the logistical challenges of creating sound walks during the pandemic, entries are up 44% this year, and the number of people registering to attend Sound Walk September events (which went virtual this year) quadrupled. Designed to be experienced in isolation, the sound walks experience feels like the perfect fit for the very deep hole we currently find ourselves in.

Improvements in technology have also helped encourage new producers. Creator apps such as Echoes and Gesso, and the geolocation and mapping tool CGeomap, have all made participation accessible and easy. “Loads of people have smartphones, which allow you to create all sorts of interesting walks, as well as follow, download and listen to them,” says Stuck. The global community of sound artists includes musicians, composers, radio producers and even screenwriters. The fruits of this eclectic fraternity are audible drama.

Our appetite for audio is on the rise, too. Last year Ofcom reported that 7.1 million people in the UK listen to podcasts each week – an increase of 24% on the previous year and double what it was five years ago. Similarly, a Deloitte report last December predicted that the global audio book market will grow by 25% in 2020, and be worth $3.5bn. Perhaps these trends have something to do with increasing recognition of the positive physiological and psychological possibilities of sound. The holistic discipline of sound healing is based on the idea that being bathed in sound can increase positivity, reduce anxiety and improve sleep. And the British Academy of Sound Therapy now offers diplomas in sound art therapy that “celebrate the human voice as a transformational, creative and therapeutic art form”.

At a time when many people are struggling to make it too far beyond their front door, being transported to another time or place may be the next best thing. So tune in: it feels good.

• Visit walklistencreate.org or download the Echoes app to browse sound walks from around the world

Furious reaction as Brits urged not to book holidays 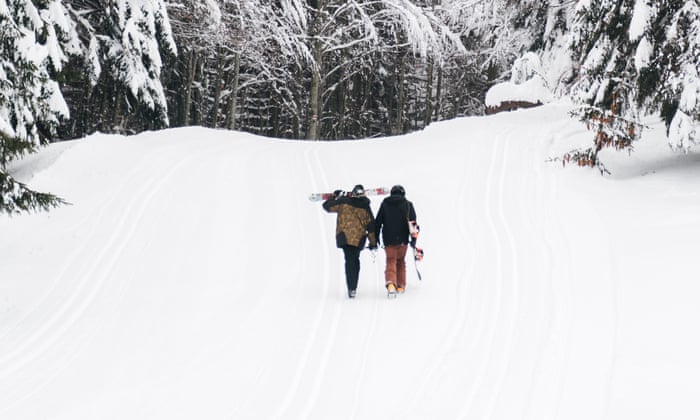 ‘Skiing is part of our love story’: I so miss our romantic wintry escapes 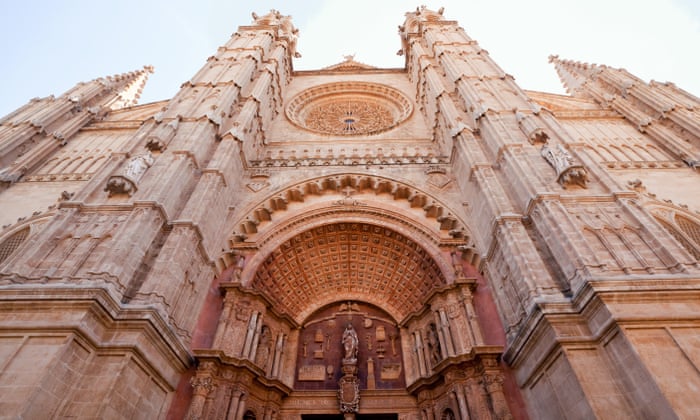 Castles, coves and caverns: the cultural and natural beauty of Majorca