The Boeing 777X drew plenty of attention at the recent Farnborough International Airshow. This was the UK debut of Boeing’s latest widebody. Following its display at the Dubai and Singapore Airshows, Boeing brought the new jet to the UK. And, of course, we were keen to take a look inside as it continues flying the test program.

The 777X at Farnborough

Farnborough, along with other international air shows, are important events in the aviation calendar. This is where airlines unveil new aircraft and airline sales deals are announced. Although quieter than in previous years, there was plenty of sales activity at this year’s show.

The 777X was a star attraction at Farnborough. Photo: Justin Hayward / Simple Flying

For new aircraft, the Boeing 777X certainly stole the show. Boeing brought the widebody 777-9 as well as the new Boeing 737 MAX 10 to Farnborough. Both of these are prototype aircraft currently taking part in testing and certification programs.

Embraer also had the E195-E2 on show as an experimental aircraft. Airbus brought the A350-900 – with both a flight demonstration aircraft and a static display of ITA Airways’ latest A350 aircraft.

Of course, the show was not just about displaying aircraft on the ground. The 777X also took part in the flight program, demonstrating some incredible turns and a very steep takeoff.

Sales are what it’s all about, though. Not a huge amount was expected from the 777X, with ongoing delays to the program and delivery. There were no new orders for the 777X, but Cargolux indicated it would buy the 777X freighter later. There was also an indication from Qatar Airways Group CEO Akbar Al Baker that he intends for the airline to be the first customer for the 777X – likely in 2025.

Boeing’s 777X on display was one of four test aircraft currently flying as part of the test program. This is N779XW – the same aircraft that Boeing brought to the Dubai Airshow in November 2021. N779XW was the first 777X aircraft delivered. It performed the first flight of the type, and is now involved in testing electronics, avionics brakes, flutter testing, icing, stability, control, and low-speed aerodynamics. It has since been joined in the test fleet by:

Simple Flying took a full tour of N779XW at the Dubai Air show, and was able to do so again at Farnborough. The aircraft has been busy continuing with the 777X test program. It has seen many flights from its Seattle Boeing field base. Most of these are short two-to-three-hour flights – often involving landings at Moses Field airport. The last test flight before the aircraft left Seattle for Farnborough was on July 6th, and it was back in the air on test flights from Seattle on July 27th.

The flight crew confirmed that much of the testing in the past months had been aircraft flutter testing. This involves examining the structural behavior of the aircraft under different aerodynamic forces. Going forward over the next months, there is testing planned for takeoff performance as well.

The 777X was at Farnrough for three days of the show. Photo: Justin Hayward / Simple Flying

A look inside the aircraft

Seeing inside any test aircraft like this is a real treat for aviation fans. While you can, of course, get a feel for the size and capacity of the cabin, it looks nothing like it will in airline service. The interior is equipped for fight testing – with plenty of kit for recording and analyzing in flight data from all parts of the aircraft.

The wording “Experimental” clearly reminds you are on a test aircraft. Photo: Justin Hayward / Simple Flying

For tours at the moment, Boeing has chosen to include plenty of markers inside to compare the aircraft against its Airbus competitor. Signs show and compare the cabin width, length, and size of the windows. The windows are an impressive design. They are larger than on the 777 (but not as large as the Boeing 787 allows with its composite fuselage) and placed higher in the cabin wall. This is designed to let more light further into the cabin.

It is interesting to note that the fuselage profile (and width) is the same as the Boeing 777. Boeing has made the 777X cabin around four inches wider, however, using thinner insulation and re-designed cabin walls. It is hard to see this yet, with test equipment, cables and open panels in many areas.

The cabin remains full of test equipment – the same as it was when Simple Flying took a look in Dubai. There are workstations spread throughout the cabin. These are mostly for general use – staff can access all the onboard sensors and data feeds from any station, and their use will depend on the particular test flight.

There are also seats for the crew. These are nothing new or fancy – they are older seats recycled from other aircraft! There is no video system or any extras – but remember that most flights are short test flights. These long trips to airshows (and potential customer visits) are exceptional. There is a small galley cart with water and coffee (and a new coffee machine installed since Doha we noted!).

One very noticeable cabin addition is the water tank system. There are groups of water containers at the front and the rear of the cabin, with connecting pipes running the length of the cabin. These are important in test aircraft –especially with the role of N779XW in flutter testing and aerodynamic performance testing. They can be used to simulate different cabin loads and to change the aircraft’s center of gravity for different tests.

The water containers used by Boeing are supplied by Seattle-based company, Alaskan Copper Works. The test engineers explained to us how Boeing previously used beer kegs from the company for testing. They switched to aluminum kegs for 767 and 777 testing, and these newly designed ones for the 787 and now the 777X.

Of course, no tour of an aircraft would be complete without a look inside the cockpit. We were not allowed to enter the cockpit but could view from the entrance. The cockpit has a lot in common with the 777 and 787 and is designed for minimal conversion training. The big differences come with the fully configurable dual pilots displays and heads up display as standard.

At least one switch is new, though – the controls for moving the wingtips. This is located on the lower of the central upper panel and looks distinctly like a wingtip.

The 777X is an exciting new aircraft, and it’s good to get more of an up-close look at it. It will still, of course, be some time before it enters service. Feel free to discuss more about the design and changes we have seen in the comments. 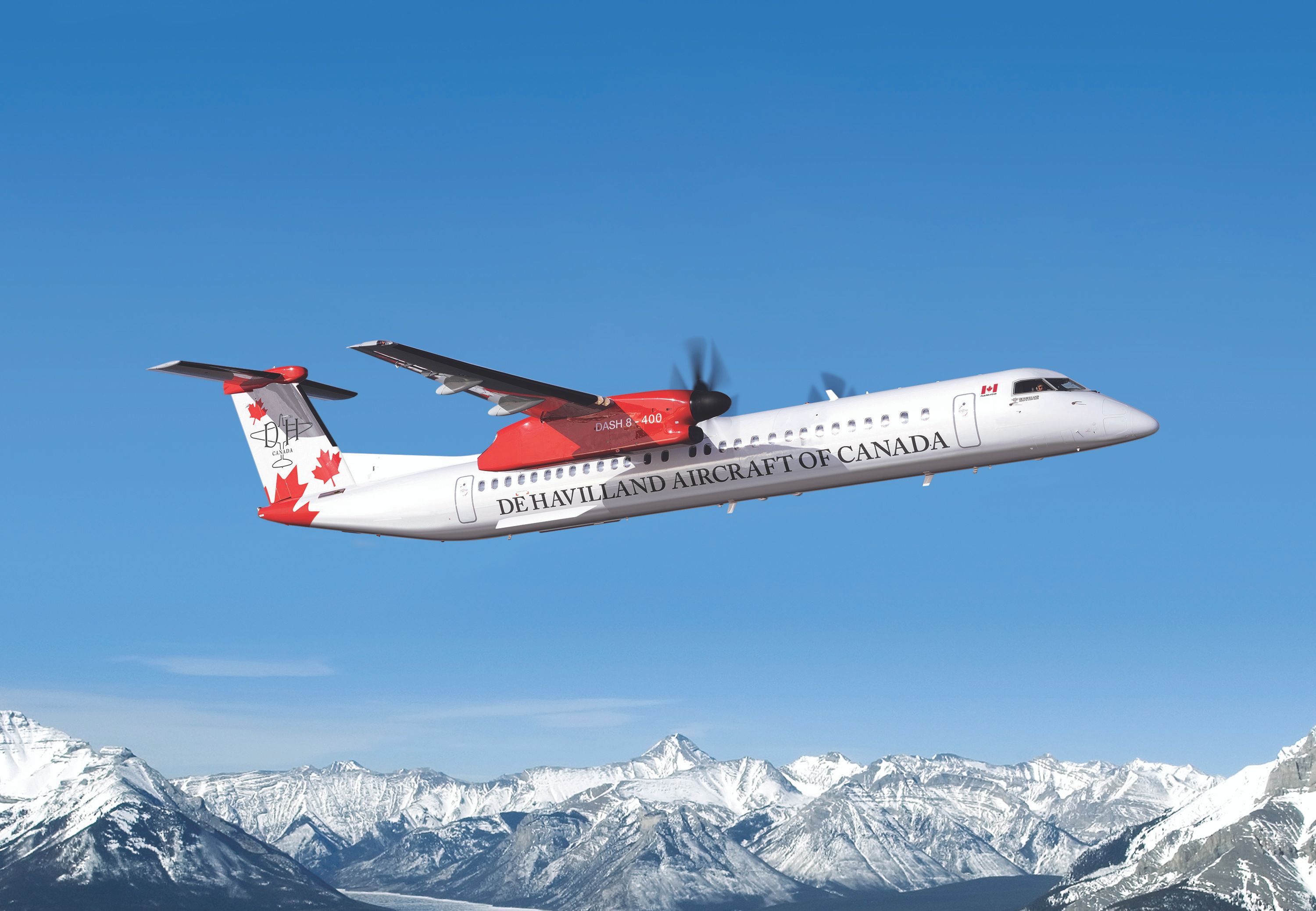 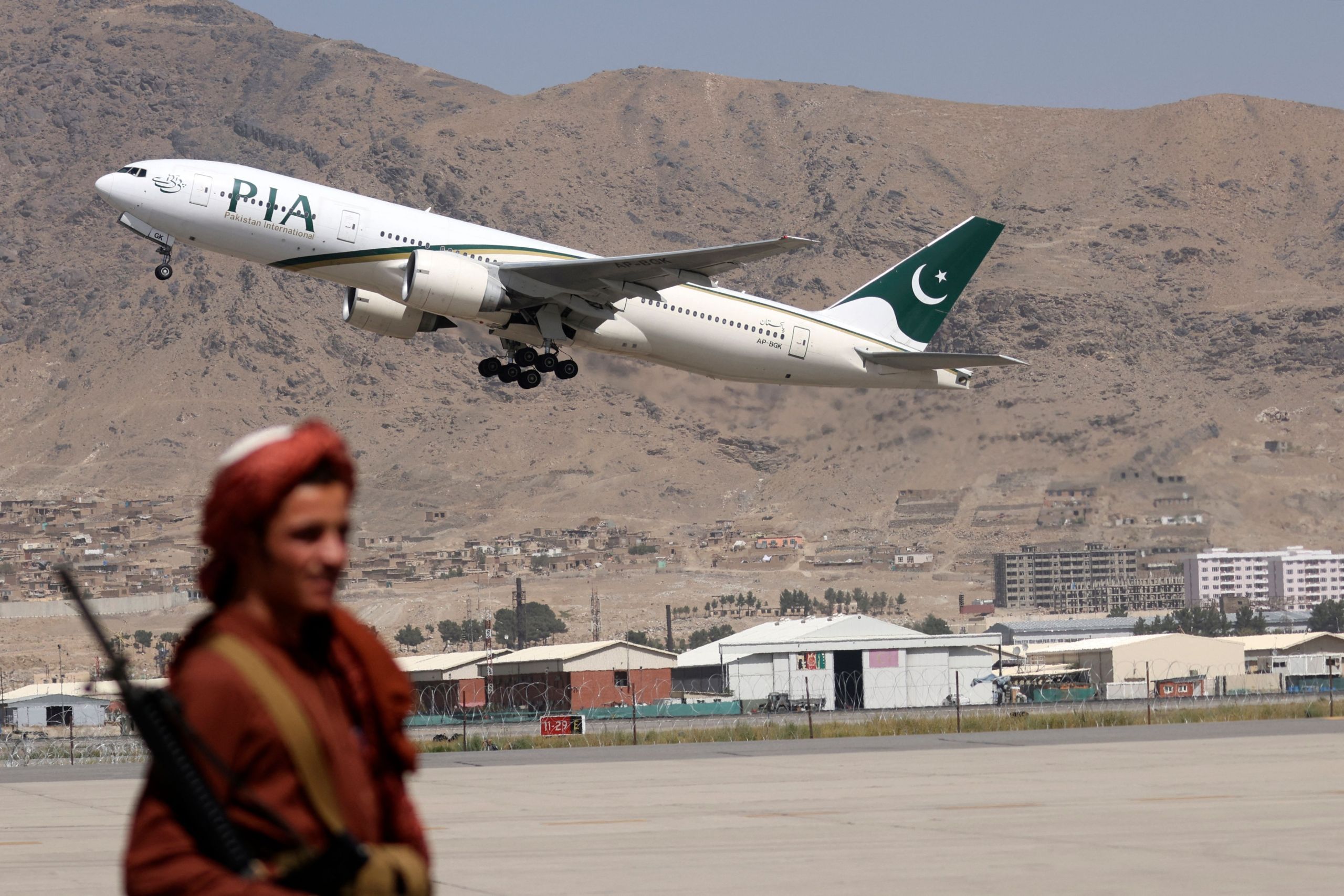 Could Pakistan Soon Get An FAA Category 1 Safety Rating?