It had been months since the six of us had got together for our weekly after work drink, typically in a crowded central London pub, where we’d be shouting to hear each other above the noise.

Nervous with excitement, and desperate to see my friends in the flesh again, I wandered the mile or so down to Greenwich. Unusually busy for a Monday evening, the park’s green areas were speckled with small groups of people who had all had the same idea. Waiting by the park entrance I heard a familiar sound – Annie’s laugh can always fill a room, even over Zoom. When I saw her face, followed by the four others bobbing towards me, it took all my strength not to run over and hug them.

On a high, with our picnic in hand, we followed the path up to Greenwich Observatory. As my social anxieties eased, I barely noticed the steep hills we were climbing, all of us completely distracted by one another’s company.

We exchanged long stories of doing nothing, weaving our way between budding oak trees and patches of yellow-white daffodils. Away from the crowds, we sat on a grassy bank to watch the sunset over our own view of the city – far better than any beer garden. With a pair of south London’s famous green parakeets chattering above us, we drank our wine, ate our snacks and savoured every word the others had to say.

For the first time in months, I forgot my stress and worries about the future. I was connected once again to those I love, and content with a little taste of the summer yet to come.
Find out about Elise’s adventures in the footsteps of pioneering women at womanwithaltitude.com

A walk to Egypt Bay, north Kent, by Carol Donaldson

It is the stories I have missed the most, I decide, as I head through the woodlands of the RSPB Northward Hill nature reserve en route to the marshes. Those tales that merge, one into another, like wind ripples on sand. Stories like this only happen, it seems, when a group of people walk together.

Bronach, Simon, Phoebe and I are on the Hoo peninsula in Kent, walking from the village of High Halstow to the isolated shores of the Thames at Egypt Bay. Villagers here once kept watch for revenue men, who patrolled this coastline on the lookout for smugglers. A light shining from a bedroom window would signal the all clear to the black-sailed ships waiting off shore with their cargoes of brandy.

I confess I was a little nervous at the thought of a group walk. I have grown used to the intimacy of two on lockdown strolls along night-time streets, but we must all emerge from the darkness, and the wide skies of the estuary are the place to do so.

We must all emerge from the darkness, and the wide skies of the estuary are the place to do so

We pass watery meadows where lapwings tumble in a spring frenzy across the skies, jostling with the geese flying north to their Arctic breeding grounds. At Egypt Bay, we stand on a beach of white shells where the “tubsmen” offloaded contraband goods while their women stayed home and fretted for their safety.

It is a world of contrast. Over the water, the cranes of the London Gateway super port stride across the skyline; here curlews call on the salt marsh and the shadows of the past peer over my shoulder.

Ships are heading out to sea, bound for foreign ports. I can’t follow them, yet, but walking with a group has brought with it new voices, fresh perspectives, travel for the mind. For now, at least, it is enough.
Carol Donaldson is the author of On the Marshes: A Journey Into England’s Waterlands (Little Toller Books, £10)

Running with friends in the Lakes by Eileen Jones

We’ve Zoomed every Saturday to keep the spirit of parkrun alive, my friends and I from Fell Foot. And with one I’ve done a 5k not-parkrun every week, our own version of the real thing. But there’s nothing like the atmosphere of a packrun, even if we were only six in number. We’re back on home ground at Fell Foot, beside Windermere, where our group helped set up a parkrun seven years ago.

It’s not particularly hilly by Lake District standards; we call it Cumbrian flat, those of us who train on the higher fells. But we’re proud and happy to be back here, even if the going is “soft”, as they say in racing. Yesterday some of the paths were underwater.

This is about much more than running. It is shared enjoyment, being part of a community once again

We head south to the meadow, remembering our friend and colleague John Nettleton, 92, a regular marshal here, who died at Christmas. Then turn and head back along the lakeside with the moored boats a flotilla-at-ease, looking north to the Fairfield Horseshoe and west to the Coniston range of hills. It’s not a race, even though I wonder once more why I can’t keep up with Cecilia. Margaret, run-marshal in chief, shouts her familiar urging to keep us moving up the hill from cafe corner.

Andy’s been training for ultra-marathons and puts in more miles in a week than I’ve managed so far this year. But he’s happy to go at the pace of the slowest. I’m at the back with Kevin – a fellow Man United supporter – discussing his latest book recommendations – Grayson Perry and John Cooper Clarke.

Running is about much more than putting one foot in front of the other. This is fellowship, the shared enjoyment of the simplest of pleasures, a sense of being part of a community once again.
Eileen Jones’ new book is How Parkrun Changed Our Lives (Gritstone, £9.99)

An outdoor swim in Surrey by Ella Foote

If it hadn’t been for his dog, Beano, I wouldn’t have recognised my friend Jonny under his mass of strawberry blond curls – never have I seen him with so much hair. It is the first thing everyone notices as we gather in a car park on Chobham Common in Surrey. We do that awkward resistance dance of fighting our instincts to embrace each other. I make hug shapes with my arms out wide and internally groan at the embarrassment of it all. We laugh and sort of stand for a minute not saying anything.

After the first lockdown it was a huge relief to see people outside again. This time round, after a year of various restrictions, it feels totally different – a lot clumsier and more uneasy. This week’s mini heatwave is welcome as we head towards a pond. We are a small team of swimming journalists, and being stuck inside really doesn’t suit us.

We all live in different counties near the M25, so Surrey is a sort of midpoint. Our swim destination is a random pond on heathland: it has peaty amber water and is best in spring or deep winter (in summer it dries up). It looks a little bleak since a wildfire destroyed much of the surrounding common last year, but it doesn’t deter my fellow swimmers and me.

In our recent virtual meetings you could hear a pin drop, but within minutes of being in each other’s company we can’t stop chatting. Some of us have managed to swim a little through winter; others haven’t been in the water since before Christmas. We laugh and whoop. One swims circles, another widths. Beano wags his tail, flicking pond water over strewn clothes and towels. Someone pours the coffee. We are connected again.
Ella Foote is a contributing editor to Outdoor Swimmer magazine and runs guided swims as the Dip Advisor

Nightwalking on the South Downs by Dixe Wills

One of the benefits of nightwalking during a pandemic is that there are typically so few other people about that social distancing is a given. Last year, friends and I took advantage of this during the rule of six periods, so found the curtailing of such activities during this lockdown particularly wearisome. I’ve been out by myself on many nights this winter but, pleasant though the experience usually is, it’s not quite the same.

So, as soon as restrictions were lifted this week, a few of us set off on a nocturnal jaunt on to the South Downs from our various homes in Lewes, East Sussex.

The brightness of a nearly full moon turned the chalky path so white it seemed like snow beneath our feet. We climbed through fields where the Battle of Lewes was fought over seven centuries ago and, more prosaically, by the spot where we sometimes see badgers. Getting into our stride, we hiked on beside the broad track of the old racecourse, dipping into a tunnel of high hedges flecked with tiny pinpricks of white – a declaration that the hawthorns were waking from their winter sleep. And at last we came to Mount Harry. This high point offers fine panoramas across the Sussex Weald by day, and a festival of lights marking villages, hamlets and farms by night.

Seeing friends’ faces blanched by the moonlight, rather than pixellated by my poor wifi connection, was joyous

Finding a sheltered spot in the lee of some gorse bushes, we toasted the night in sweet, fizzy, bright blue moscato (admittedly, standards have slipped somewhat during the lockdown). This simple act, with friends whose faces were blanched by the moonlight rather than pixellated by my poor wifi connection, was joyous.

The pole star that pointed us towards the distant North Downs was soon eaten up by clouds. However, trusty Orion shone on us for most of our walk, a comforting reminder that what we’re going through now is but a mere stumble in the long, long march of time.

Op-Ed: A chilling pandemic message for all of us from 'The Twilight Zone' 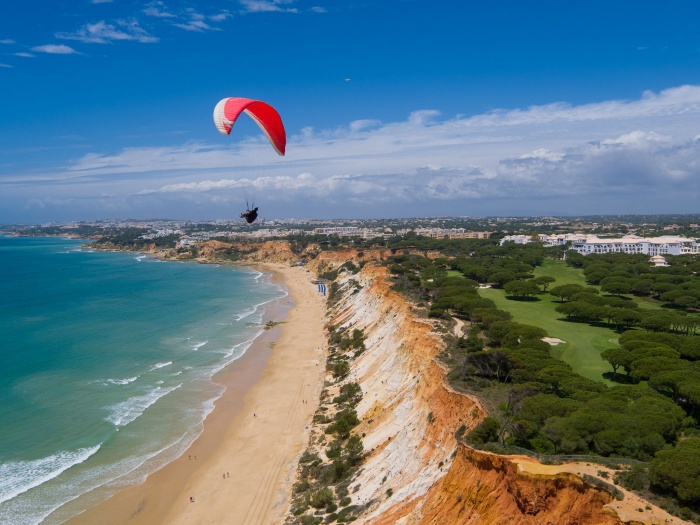