The irony of visiting a 17th-century plague chapel in the midst of a 21st-century pandemic wasn’t lost on me when I donned my mask, sanitised my hands and stepped into the cool of a tiny church. It was built in 1628 so the afflicted could come and pray separately from the villagers of Saint-Haon-Le-Châtel, but if it served the same purpose for Covid-suffering villagers now, it was a relief to find it empty.

The same went for this area of the Auvergne: Le Roannais was peaceful and empty of tourists. And, as this summer will be the first foreign holiday for many after two years of limitations, it is the perfect place to get away from it all, especially of the lingering threat of Covid make crowds unpalatable.

The Auvergne is one of the most sparsely populated areas in Europe, and Le Roannais is a tapestry of gold and green vineyards and villages between the cities of Roanne and Vichy. I knew that Auvergne was a land of volcanoes, dramatic regional parks and very few people, but in 16 years of writing about France, this slice of gentle rolling countryside and high wooded hills almost in the centre of France was a complete revelation.

After we’d settled into our Airbnb near the town of Renaison – a house belonging to probably the most welcoming and generous family I have ever met in France – we ventured out to the local reservoir to see its biggest claim to fame: the tallest tree in France. “How do they know it’s the tallest?” quizzed the kids. “No idea,” we admitted, as we wandered along the sun-dappled path under lofty Douglas firs to the famed arbre, a towering 66 metres tall. It was planted as recently as 1892,when the Chartrain dam had been built to create the reservoir. Sure, it wasn’t a 700-year-old, 100-metre California redwood, but to have gained an average of 27cm a year wasn’t bad going; perhaps it just quietly flourished in these heavenly surroundings. After scrambling down the bank to gaze up its trunk, we walked on to cross the top of the dam as martins swirled overhead and the reservoir reflected the surrounding forest like a mirror.

A giant tree may win the record-breaker title, but it was the area’s medieval villages that won the beauty contest, with their crooked timber-framed houses, abundant flowers, and churches boasting the colourful tiled roofs you also see in Burgundy. We fell for Le Crozet and Ambierle, as well as Saint-Haon-Le-Châtel, where we strolled the narrow streets, the buildings’ amber hue glowing warm in the late-afternoon sun. We stood out by the ramparts looking across the undulating landscape, stretching towards Burgundy’s Morvan national park, and I felt baffled as to why nobody comes here.

Though the beauty of the villages and the landscape had been a surprise, I’d had an inkling we would eat and drink well. France’s gastronomic capital is Lyon to the east, and the Auvergne’s main town, Roanne, is home to the Troisgros culinary dynasty: the family run a three-Michelin star restaurant and two more casual restaurants. They support dozens of local suppliers, including Renaison’s Domaine Sérol vineyard – one of many vineyards in La Côte Roannaise– now run by the eighth generation of the Sérol family. The region’s gamay grapes create easy-drinking wines similar to those from the Beaujolais. We toured the Sérols’ estate, which is high on the hill above Renaison, then lowered our masks to sip their light reds and rosés before snapping up bottles for about €8 a pop.

We stocked up for alfresco dinners at Les Halles de Renaison, a tiny but excellent food market with everything from a technicolour array of fruit and veg to succulent meat. For fromages, we picked from Mons Cheesemongers, which has a global reputation and its own outlets in London. Our mouths watered at the stall of chocolatier François Pralus, a local whose boulanger father invented the decadent praluline, a buttery brioche copiously studded with the area’s signature pink-sugar-coated pralines. The much-awarded Père Pralus thought his son would ruin them when he became a chocolatier – but he proved him wrong. He now has shops all over France and his Barre Infernale in various flavours is the most delicious confection I’ve ever tasted.

The hills that look over Le Roannais – Les Monts de la Madeleine – were perfect for walking off the calories. On the hottest day, we walked in the shade of oak and beech trees into the Gorges du Désert, following a waterfall that usually gushes with water but was just a trickle in the summer heat. We emerged from the trees on the peak to take in fabulous views as far as the Alps (on a clear day), then descended into the village of Saint-Alban-les-Eaux, famous for its mineral water. Another day, we ventured further into the Livradois-Forez regional park, to walk through purple heather and past donkeys in paddocks. The viewpoint promised sight of Mont Blanc on the horizon, and though it was lost in the haze, the panorama was still breathtaking.

While Le Roannais has been tamed by its vineyards and farms, the Livradois-Forez regional park is an altogether wilder prospect, its dense pine forests dotted with meadows and moors and tiny hamlets. Its largest town, Thiers, has a population of just 11,000, halved since the early 20th century, but it is the knife-making capital of France. En route, I stopped for lunch to tuck into a delicacy closely linked to the trade: the cabbage sausage of Arconsat. At the cosy Auberge de Montoncel, Jean-Louis Garret – Grand Master of the Brotherhood of the Cabbage Sausage – explained how, in the 19th century, half the town’s working population peddled knives door-to-door. One of these hawkers made it as far as Greece, took a fancy to the local lamb-and-cabbage sausage and brought the idea back to make his own. In mid-November, the cabbage sausage festival attracts a whopping 1,700 people. Jean-Louis serves it with a sauce made from the park’s signature cheese, fourme d’ambert. It’s rich and filling, with the cabbage inside lending it some bite – ideal sustenance for both the knife-makers and the itinerant sellers of Thiers.

Famed for its mineral water springs, Vichy had its heyday during the reign of Napoleon III

In the early 20th century, there were 18 knife workshops in the Vallée des Rouets, their grinding stones powered by watermills over the Durolle River. To give themselves the best control over the fast-spinning stone wheels, the émouleurs – the men shaping rough-hewn pieces of metal into blades – lay on their fronts in rows. In winter their dogs would sit on their legs for warmth. From this position, they could shaped a blade a minute. Though mechanisation led to the end of this technique, Thiers still has a thriving knife trade, as well as a small museum and studios where visitors can watch today’s designers at work.

The town was buzzing with more people than I’d seen in a week, milling around the town’s dozen or so shops and buying pocket knives, chefs’ knives, hunting knives, razors and stylish cutlery. After a look in the most renowned shop, Coutellerie Chambriard, where the fourth generation of the family now advise customers on which knife exactly fits their requirements, I wandered through the narrow medieval streets under towering the crisscrossed timber facades. The end of the main street looks out across the valley towards the Chaîne des Puys, the row of extinct volcanoes for which the Auvergne is most famous. Down below, the Vallée des Usines was once a thriving hub of industry, but now the knife factories sit empty, and ripe for development. The most famous, the Creux de l’Enfer (“hell hole”) has already been transformed into a contemporary arts centre.

If knife factories are lacking in glamour, I found the opposite in Vichy, an hour away. Famed for its mineral water springs, the city had its heyday during the reign of Napoleon III. Its myriad architectural styles somehow combine to create a work of beauty – from the art nouveau frontage of the former casino, to the extraordinary dome and tower of the art deco church. When I arrived, there were just a few people sitting in the shade of the ornate covered walkways that run between the spa, opera house and former casino. But I couldn’t help wondering if, even in non-Covid times, its four-year stint as the seat of Marshal Pétain’s collaborationist government during the second world war did for its reputation. My guide Alla shakes her head vigorously at the suggestion: “We have 2,000 years of history here. Why would four years ruin that?”

She’s right. Vichy offers pure delight with every turn: as she led me to the riverfront, through parks overlooked by elaborate villas and into the spa to test out the fivemineral springs, I was entranced. Even the pavements are inlaid with a mosaic pattern of the city’s signature red, white and blue. But the opera house is the pièce de resistance – with its gold and ivory decor, exquisite ornate ceiling and cupola roof in the adjoining salon.

With fewer visitor numbers, we relished the peace and hoped – in an entirely selfish way – that next time we come to Vichy, and indeed Le Roannais, we might just have it all to ourselves again.

The holiday was booked through Airbnb. More accommodation and information on the area can be found at roannais-tourisme.com.The family took the Eurotunnel and on the way stayed at Bubble 8 in Epernay, (from €150 a night self-catering, sawdays.co.uk), and Les Chambres d’Aumont near Amiens (from €105 B&B, sawdays.co.uk). 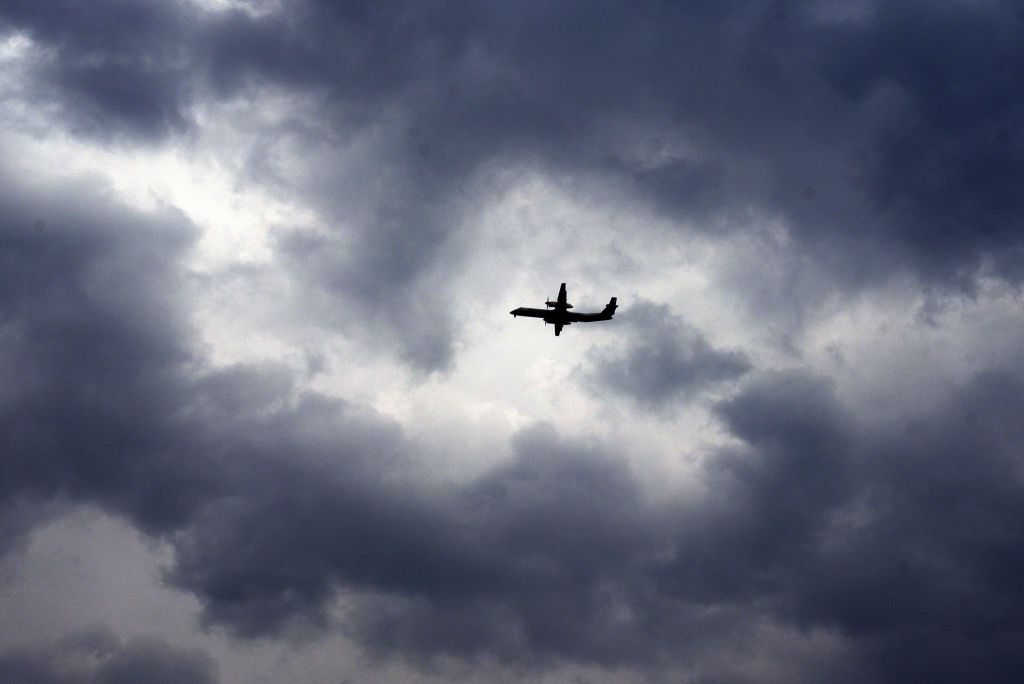 100 Years Ago Today: The Formalization Of UK Air Accident Investigation

Statue of Peace unveiled in Rajasthan by PMO of India – MacroTraveller