One of the showcase events of Coventry’s reign as the UK City of Culture is 2 Tone: Lives & Legacies exhibition at Coventry’s Herbert Gallery & Museum, which opens today and bills itself as “the first-ever major exhibition in the UK devoted to the 2 Tone music sensation”. A statement that must have raised a few eyebrows over at the volunteer-run Coventry Music Museum, which has been flying the 2 Tone flag for nearly a decade, and has just opened its own exhibition, from Ghost Town to Host Town, celebrating the Specials number one hit and most famous song ever to come out of the city.

2 Tone was the Coventry record label and music movement started by Jerry Dammers in the late 70s that combined upbeat Jamaican ska and its rude boy look with the energy of punk, and launched local multiracial bands the Specials and the Selecter, as well as Madness and the Beat.

It’s perhaps no coincidence that 2 Tone was formed in 1979, the year Margaret Thatcher came to power

In truth the two exhibitions complement rather than rival each other. Though very different, both are bursting with local pride for the music that put the provincial Midlands city on the world’s music map. I start my 2 Tone tour at the Music Museum, behind the wheel of the 1961 Vauxhall Cresta the Specials roamed the deserted streets of London in, in the video for Ghost Town. It is one of two star exhibits among the hundreds of pieces of archive memorabilia – the other is the Hammond organ that Dammers, leader of the Specials, wrote his masterpiece on.

The exhibition’s title, from Ghost Town to Host Town, is a nod to the City of Culture but there’s also a display on the Boom Town era of the 1960s and 70s (“Do you remember the good old days before the ghost town?”), when Coventry was thriving car manufacturing centre. The museum’s founder Pete Chambers worked with his father at British Leyland, “only to be made redundant and on the scrapheap at 23”.

Like the rest of the UK’s manufacturing sector, the Midlands’ car factories were laid to waste by Margaret Thatcher’s economic austerity policies, and it’s perhaps no coincidence that 2 Tone was formed in 1979, the year she came to power. Although its ska rhythm was uplifting and impossible not to dance to, the lyrics reflected the urban desolation, mass unemployment and racism of Britain at the time.

Ghost Town was the Special’s apotheosis, and with its references to “government leaving the youth on the shelf”, “no job to be found in this country” and “people getting angry” could not have been more prescient, reaching number one in July 1981, the month that racial tension and inner city deprivation boiled over, sparking some of the most violent riots ever seen in Britain, on the streets of London, Birmingham, Liverpool and Manchester.

“Ghost Town is much more than a pop song, it is a work of art,” says Pete. “It took Jerry about year to create, and the doom-laden lyrics and haunting music juxtaposed with the jaunty melody … it was an important cultural moment. And next month will be the 40th anniversary of its release, so the museum had to celebrate it.”

The love Pete and the other volunteers have for the museum and the city comes through in the thousands of historical artefacts they’ve curated in this tiny space. There’s obviously loads of 2 Tone memorabilia (including every 45 the label ever put out), but it covers every local event and musician. My favourite was the realistic recreation of BBC’s Radiophonic Workshop, in which the Coventry heroine and under-appreciated pioneer of electronic music Delia Derbyshire created the incredible Dr Who theme tune in 1963. Another masterpiece.

The museum is in the 2 Tone Village east of the city centre, a close-knit community of fan-run places including the 2-Tone Café, Simmer Down Caribbean restaurant, memorabilia stores, Coventry Music Wall of Fame, and a small live venue that features, yes, a lot ska bands. Sadly, most were still closed when I visited.

The precursor to the museum and the village was Pete’s 2 Tone Trail, which he created in 2005 in response to the fact that there was no physical legacy of 2 Tone and the music he loved. On my way back into the city centre I visited some of black and white chequered plaques that now adorn key buildings, including Lanchester Poly (now Coventry Uni) where Dammers and the Selecter’s Pauline Black attended, and the then dilapidated (now refurbished) canal basin where the Specials first album cover photo was shot.

Ghost Town isn’t actually about Coventry, it was about the whole country falling apart under Thatcher – but it came to define the city nonetheless, to the annoyance of many Coventrians at the time. But four decades on, 2 Tone is centre stage in the UK City of Culture, and the Herbert has done it proud in its new exhibition.

The city’s main museum and gallery (which sits in the shadow of the must-see Coventry Cathedral, still one of the country’s finest and most moving pieces of modern architecture) commissioned three installations for the exhibition. A giant illuminated comic strip tells the early history of the record label, and there’s a immersive video of all the 2 Tone bands’ appearances on Top of the Pops – which at the height of the new ska craze in 1979, featured the Specials, the Selecter and Madness all on the same show.

But pride of place goes to Dammers’ extensive personal collection, on show for the first time, including his hand-written lyrics to Ghost Town, one of his two-tone suits, and original sketches of the 2 Tone man that became the movement’s logo. In a video clip he talks about his epiphany of combining ska with punk attitude. On another exhibit, the back of a fag packet, he scribbled down his ideas for the 2 Tone rude boy look: “bluebeat and ska … reggae and soul … trilbys, bowler and pork pie hats … pinstripe suits, button-down shirts and checked scarves” What a visionary: the music, the look, the renegade record label with it’s DIY collective approach – it all came from Jerry Dammers.

This is the first of three important events at the Herbert this year. It will also host the Coventry Biennial (October-January 2022) and present and exhibit the Turner Prize (from September), which is a bit of a coup. The line-ups and details for the City of Culture’s music events are still a little sketchy but they include the Specials lead singer Terry Hall curating a three-day event in July; Jamaican sound systems playing throughout the summer; and the CVX arts and music festival (12-15 August) curated by young local people.

From boom town to Ghost Town to host town, Coventry has come a long way. 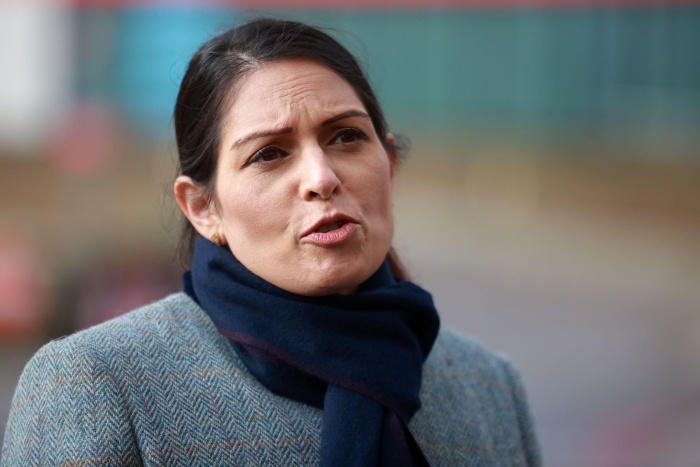 Russia and India to enter into Air Travel Bubble – MacroTraveller