At first glance, Bovey looks too swanky to be properly family-friendly, but behind the imposing facade it is as welcoming to children as adults. There’s an excellent kids’ club, the chance for them to meet chickens and ferrets on the estate farm, or try their hand at archery, croquet or just roam the 275-acre estate. Adult-friendly activities include mixology classes and horse-drawn carriage rides and the Elan spa offers a wide range of indulgent ESPA treatments. Dinner choices range from a seven-course, wine-paired tasting menu in the beautiful Tasting Room to family favourites in the informal Brasserie.
Doubles from £224; boveycastle.com

Rich in history and intrigue, Thornbury was built in the early 1500s by Edward Stafford, before Henry VIII found him guilty of treason and took over the castle. Henry stayed with Anne Boleyn for 10 days after their marriage as part of their Royal Progress tour in 1535. Almost 600 years later, after an extensive renovation overseen by Historic England, guests can stay in the same suite, or any of 25 other rooms that marry 21st-century comfort to Tudor turrets, crenellations, arrow slits, ornate chimneys and oriel windows. One of the loveliest is the Jane Seymour suite, reached via a spiral stone staircase, with a four-poster bed and views across the beautiful walled gardens and beyond, as far as Wales. If you want to find out more about the castle’s extraordinary history, you can book a tour with a local historian. On sunny days, the 15-acre gardens are a wonderful place to relax, particularly the fragrant rose garden. Spa treatments, including massage and reflexology, take place in a wood-panelled room at the top of the castle. Dinner is served in the atmospheric dining room by well-informed, friendly staff. The food itself is exquisite: imaginative and delicious.
Doubles from £229, B&B; thornburycastle.co.uk

Hidden away in lush woodland and just a stone’s throw from the sea, Glenapp offers sumptuous bedrooms and 36 acres of gardens, tennis, croquet and a slap-up six-course menu at dinner, with most of the fruit, veg and herbs coming from the estate garden. Beyond the grounds, there are Hebridean sea safaris, fishing trips, whisky tastings and stargazing on offer.
Doubles from £267, B&B; glenappcastle.com

Built in 1350, Langley is a complete medieval fortified castle, with suits of armour flanking the arched doorways and portraits of former residents set against the original stone walls. With just nine bedrooms it has a more intimate feel than some of the grander castles. Guests can join daily, free battlements tours and discover areas usually off-limits.
Doubles from £169; langleycastle.co.uk

Tucked away in the picturesque village of Amberley,, surrounded by the rolling South Downs, this is one of the country’s ultimate castle stays. There are 19 bedrooms, with many original features still in place. The castle dates back more than 900 years and there is an old-fashioned elegance, from the velvet-chaired dining room to the suits of armour. Families are welcome, with cots and highchairs available, and croquet, tennis and a putting green on site.
Doubles from £275, B&B; amberleycastle.co.uk

One thing you never need to worry about if you stay inside Pendennis Castle is the security. The ancient castle door is like a prison gate replete with padlocks and a heavy iron bar. Once the drawbridge is raised, you’re completely cut off from the outside world. It’s just you and the seagulls inside a Tudor castle built by Henry VIII.

Set on a stunning headland looking out to sea, Pendennis was built around 1540 to protect England against the power of Catholic Europe, and also played a vital role in both world wars. Thanks to English Heritage you can stay in one of two cottages – one-bedroom Custodian House or recently revamped Callie’s Cottage which during the First World War served as the seargants’ mess. Now it’s a perfect family base with two bedrooms, one a double, the other two singles, and a sitting room in tasteful midcentury furnishings. The kitchen is brand new and well equipped and there’s also a nice back garden where you can spot a friendly buzzard circling the castle wall as well as a row of ancient canons. Make the most of one of the free daily tours of the castle with one of the knowledgable guides, and don’t forget to try the tea and gift shop with a handy 10 per cent discount if you’re staying.

If you can tear yourself away, Falmouth is easy to lose an afternoon in with its independent shops and bohemian cafes. A ferry from the harbour takes you to St Mawes, a picture perfect fishing village just across the estuary.

Back safely behind the castle gate, the place really comes into its own when the visitors leave and you have it all pretty much to yourself. Gaze out across Falmouth harbour and the sweep of sea beyond knowing the view has barely changed since Henry VIII’s troops nervously scanned the horizon for signs of a French invasion.

Callie’s Cottage in Pendennis Castle sleeps 4. Prices for a three-night stay start at £390. Prices include free entry to all English Heritage properties and events during your stay. For more details, contact English-heritage.org.uk

Steeped in 900 years of history, Cardigan Castle combines Regency grounds, medieval walls and an elegant Georgian mansion, all overlooking the tranquil river Teifi. Rooms are in the east wing of the Castle Green House, with self-catering houses and apartments scattered through the grounds. Restaurant 1176 is currently not open for dinner, but its Sunday roasts are legendary, and as the castle is in the heart of town, there are plenty of restaurants right outside the door.
Two nights from £150, B&B; cardigancastle.com

Small (for a castle) and informal, Augill has just 13 rooms, suites and estate houses; those in the castle feature original leaded windows and turrets for wardrobes, while the garden suites have a more contemporary feel. Surrounded by a working country estate, the hotel’s newly opened restaurant, the Music Room, sources most of its ingredients from the farm, while the Great British Bar focuses on small-batch distillers, with everything from cider to spirits sourced from artisan producers.
Doubles from £180, B&B; stayinacastle.com

A 19th-century castle, inspired by the owner’s sketches of a French chateaux, Rhianfa looks as though it has been lifted from the Loire to the banks of the Menai Straits. Bedrooms in the castle are bright and quirky, with feature wallpapers and splashes of vivid colour in the fabrics and furniture, while those in the modern annexe, Rhianfa Lodge, are simpler and more contemporary. Dinner at Le Dragon Rouge focuses on traditional Welsh dishes and local produce, and the afternoon tea is to die for.
Doubles £189, B&B, chateaurhianfa.co.uk

The childhood home of Anne Boleyn, Hever dates back to the 13th century, and was rescued and restored by William Waldorf Astor in the early 1900s. The castle now offers B&B rooms, in the Astor and Anne Boleyn wings; feature rooms come with lavish four-poster beds and rolltop baths, while standard rooms have a simpler, more contemporary feel. Guests have access to the music and billiards rooms, with breakfast served in the Tudor Suite dining room. There’s no restaurant, but the King Henry VIII down the road does excellent pub classics.
Doubles from £110, B&B; hevercastle.co.uk

50 Of The Best Historical Fiction Books By Grade Level 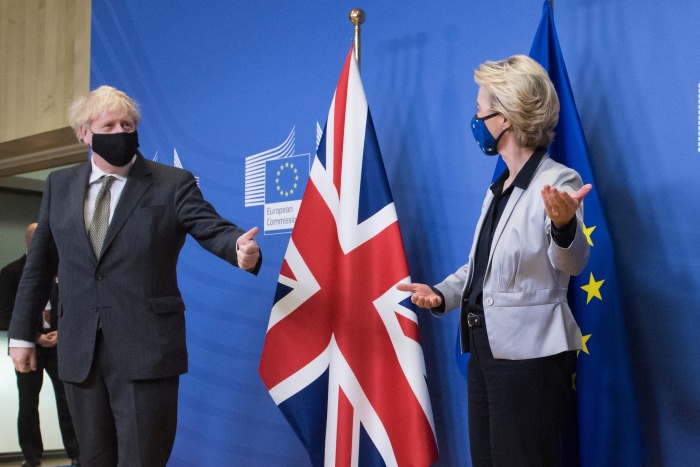 Abi Elphinstone: I found my own Narnia behind a blue door in Scotland