May has been a tough month for all cryptocurrencies, but especially for luna. While bitcoin and ether are down 25% and 30% respectively, the luna token cratered from $81 a month ago to a fraction of a penny as of Monday. Terralabs, the developers behind the Terra blockchain, UST and luna have a plan they hope will reverse the collapse.

The token’s fall was caused by the depegging of TerraUSD (UST), a stablecoin designed to retain a $1 value at all times. Unlike stablecoins like tether and USDC, UST is not backed by reserves of US dollars. Instead, it’s an “algorithmic stablecoin” that largely uses luna, which is the Terra blockchain’s native cryptocurrency, to retain its peg.

One UST could always be exchanged for $1-worth of luna, even if UST fell below its $1 value. The idea was that if UST depegged to 99 cents, arbitrage traders would buy up huge sums of UST and exchange them for luna. (Full explainer here.)

The system broke on May 8 when $2 billion in UST was extracted at once, with hundreds of millions of that sold. UST depegged to 98 cents, and the mechanism of exchanging UST for luna couldn’t keep up. That resulted in investors losing confidence in the system, and for both UST and luna to crash.

UST is currently trading at 13 cents, just over a tenth of its intended value, and luna at about a fiftieth of a penny. Over $15 billion in crypto was wiped from the crash.

The CEO of Terralabs, Do Kwon, thinks he has a solution. On Monday he proposed a plan to “fork” the Terra blockchain. In essense, this means the creation of a new blockchain that’s modeled on the previous one, with some key changes. The new blockchain would be created alongside a billion luna tokens, which would be distributed among current luna and UST holders, as well as fund development of new Terra apps.

The plan needs to be voted on by luna owners, with a vote scheduled for Wednesday. If passed, the fork would occur on May 27.

The creation of a billion luna would be a reset for the cryptocurrency, which is currently struggling with hyperinflation. Over 6.5 billion luna tokens are currently in circulation, up from 343 million the week before luna’s crash. The inflation is caused by luna’s relationship with UST: Owners exchanged billions worth of UST to luna, so that it could be sold for ether or put into a stablecoin that’s actual stable, causing billions of new luna to be minted in the process.

Perhaps conceding the foundational problem of tethering luna to UST, Kwon proposed removing UST, previously the main selling point of the blockchain, from the Terra ecosystem. “Terra’s app ecosystem contains hundreds of developers working on everything from DeFi to fungible labor markets, state-of-the-art infrastructure and community experience,” he said, proposing this should be preserved at the expense of TerraUSD.

Such a move has a precedent. The most famous fork in crypto history happened to Ethereum in 2016. After a hacker robbed 3.6 million ether from a DAO — then worth $50 million, now worth over $7 billion — Ethereum’s developers forked the blockchain, creating a new chain identical in all ways except the restoration of the stolen million ether. It caused a rift within the community, with some maintaining the original chain to this day, calling it Ethereum Classic.

Kwon’s plan is a nod to that fork. The proposal, if passed, will see the current Terra blockchain renamed to Terra Classic, while the new chain will simply go by Terra.

“UST peg failure is Terra’s DAO hack moment,” Kwon said, in reference to the aforementioned Ethereum hack. “A chance to rise up anew from the ashes.” 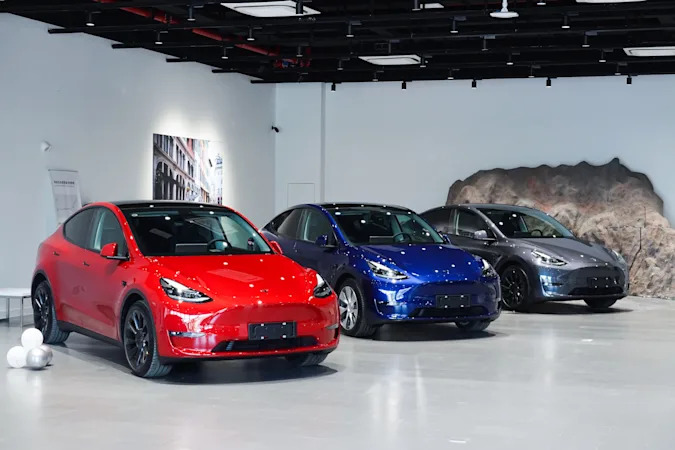 The Morning After: Volkswagen’s ‘Voltswagen’ rebrand can’t be real, can it? | Engadget

Kia’s EV6 pricing will start at $42,115 when it goes on sale in the coming weeks | Engadget