Carlos Hyde may have been among the top waiver wire pickups of the week, but it may be hard to trust the Seahawks running back in Week 8. He’s playing the 49ers, a tough run defense, and is dealing with a hamstring injury, to boot. Even if he plays, he may not be at 100 percent, which is why he’s among our top Week 8 bust picks. Fading Hyde along with the likes of Giants RB Wayne Gallman, Steelers QB Ben Roethlisberger, WR DeVante Parker, and Lions TE T.J. Hockenson could prove to be smart moves for fantasy owners even if the decision to “sit” these guys in start ’em, sit ’em decisions is difficult.

Our bust picks are, as always, just recommendations on players to avoid due to bad matchups (like the Giants vs. the Bucs), workload issues (Singletary), and potential injury issues. If you think we’re off-base with one of our projections, you can feel free to start a player listed here. Just know that their ceiling or floor may be lower than usual because of the previously listed factors.

Our busts were accurate again last week. We hit the nail on the head at RB, as Adrian Peterson, Le’Veon Bell, and Jerick McKinnon all had rough outings, with McKinnon (three carries, -1 yards) being the most frustrating. Cam Newton was a mega-bust at QB and put up negative points against the 49ers. At receiver, Robert Woods had just an okay day, while Julian Edelman couldn’t do much of anything with Newton struggling. We’ll try to keep finding players in suboptimal matchups to fade and help make some tough lineup decisions.

Wayne Gallman, Giants vs. Buccaneers (Jacob Camenker). Gallman may end up starting for the Giants depending on the health of Devonta Freeman (ankle). While he will get volume, this is a tough matchup for the former Clemson back. The Bucs allow a league-low 66 rushing yards per game in total and the Giants don’t block very well. It’s probably best to fade Gallman if you can, though you can play him and hope he scores a TD if you’re desperate at RB.

Carlos Hyde or DeeJay Dallas, Seahawks at 49ers (Vinnie Iyer). Chris Carson’s foot injury leaves a shaky situation for who’s starting against San Francisco with Hyde hamstrung, but you may want to avoid the situation anyway because no team gives up fewer fantasy points to running backs.

Devin Singletary, Bills vs. Patriots (Matt Lutovsky). Singletary continues to play noticeably more snaps than Zack Moss, but he had just one more carry and one fewer reception in Week 7. At this point, Singletary would likely need to rip off a big play to really have value. The Patriots run defense has struggled this year (particularly last week), but Singletary’s ceiling is low given the odds against him scoring a touchdown.

Ben Roethlisberger, Steelers @ Ravens (Camenker). So far this season, Ben Roethlisberger is averaging just 6.8 yards per attempt. That’s the lowest mark of his career (not counting last year when he played two games). Because Big Ben isn’t taking downfield chances, his potential is limited against a Ravens defense that will look to take away the quick passing game, pressure Roethlisberger, and make him uncomfortable.

Josh Allen, Bills at Patriots (Iyer). He’s looked awful of late, Bill Belichick knows how to attack him, and his top receiver is likely to be shut down by Stephon Gilmore.

Drew Brees, Saints @ Bears (Lutovsky). Brees has averaged 291.6 yards and 2.2 total touchdowns since the beginning of Week 2, so his floor is a little higher than most realize. But the Bears are allowing the fewest fantasy points per game (FPPG) to QBs, so this is a tough road spot for Brees, especially if Michael Thomas (hamstring) and Emmanuel Sanders (COVID) are out again.

Michael Gallup, Cowboys @ Eagles (Camenker). In two full games without Dak Prescott, Gallup has been targeted eight times and has two catches for 23 yards. The Cowboys are on to their third starting quarterback, seventh-round rookie Ben DiNucci, but he may focus on throwing shorter passes to bigger-bodied receivers like Amari Cooper, CeeDee Lamb, and tight end Dalton Schultz than stretching the field vertically with Gallup. Even in a good matchup, Gallup simply can’t be trusted.

DeVante Parker, Dolphins (Iyer). In 10-to-12 team leagues with some good depth, you can sit him with Jalen Ramsey looming to shut him down (see Allen Robinson’s meh night).

Darius Slayton, Giants vs. Buccaneers (Lutovsky). Sterling Shepard is back and figures to continue to steal targets from Slayton, who’s been remarkably inconsistent in his own right this year. The Bucs are allowing the eighth-fewest FPPG to WRs this year, so Slayton is a complete boom-or-bust play — without a lot of potential to “boom.”

Trey Burton, Colts @ Lions (Camenker). Burton has gotten consistent targets for the Colts, but it may be difficult for him to convert those opportunities against the Lions. Detroit has allowed a league-low 16 catches to TEs for just 164 yards and two TDs. Burton should still catch a couple of passes, but his ceiling is limited in this tough matchup.

Evan Engram, Giants (vs. TB). He’s on the trading block and this matchup is brutal, even with better wide receiver health helping him get open better for Daniel Jones.

New England Patriots @ Bills (Camenker). The Bills offense hasn’t played well in recent weeks and they couldn’t score a TD against the Jets. That said, Buffalo is 14-of-15 in the red zone against teams that are not the Jets, so the Patriots may have a tough time preventing them from scoring near the goal line, especially after they were gashed by Jeff Wilson Jr. and the 49ers run game last week.

Pittsburgh Steelers at Ravens (Iyer). They’re an every-week start in most leagues because of their floor, but they are likely to disappoint again with a couple sacks and limited points allowed but not a great chance at takeaways.

Chicago Bears vs. Saints (Lutovsky). New Orleans averages fewer than two sacks and one turnover allowed per game, so Chicago could easily limit yards/points and still not do much in fantasy leagues.

Abortion Is Under Threat After Amy Coney Barrett Confirmation. Donors Are Stepping Up. 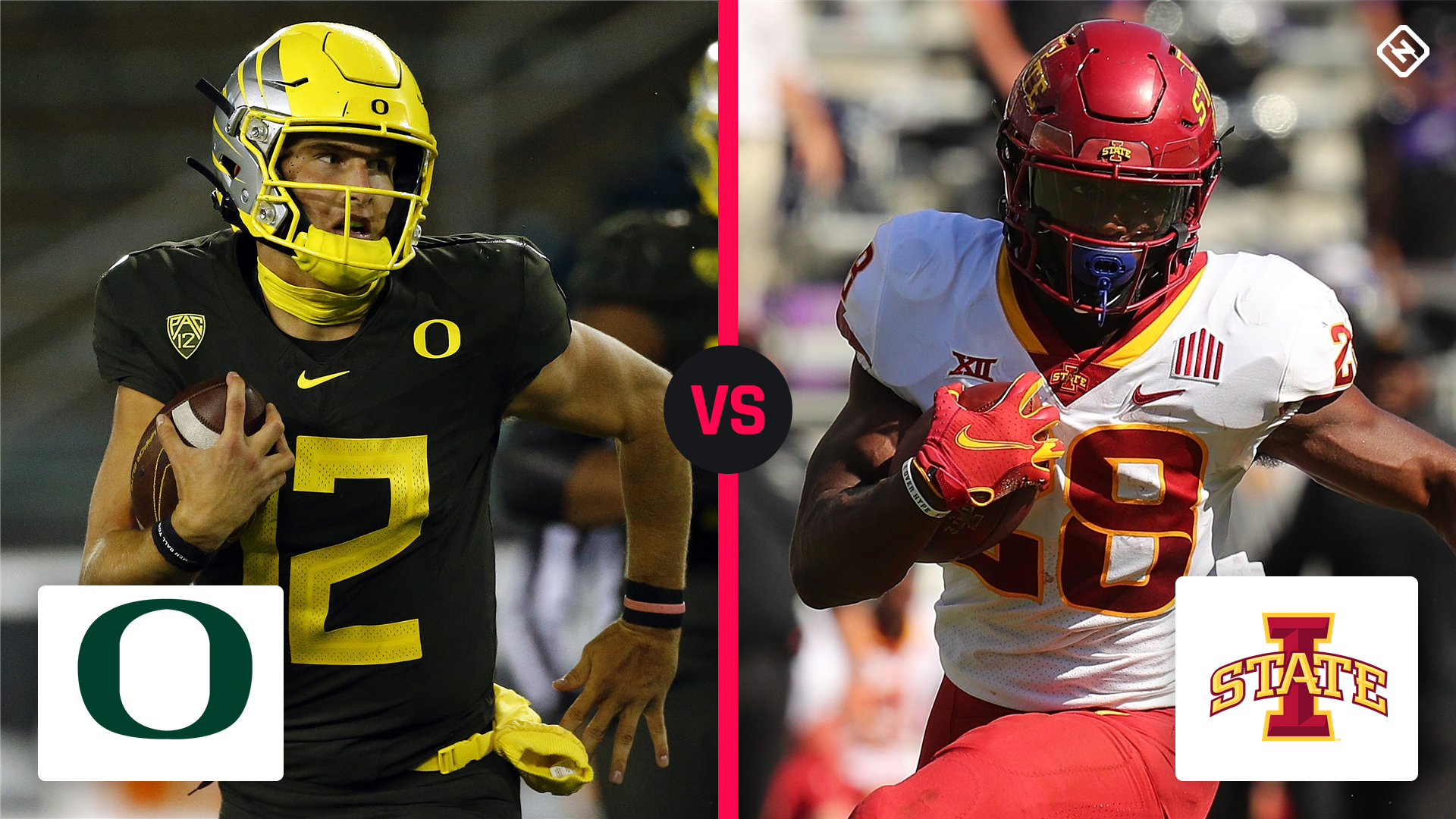 What channel is Oregon vs. Iowa State on today? Time, TV schedule for the 2021 Fiesta Bowl 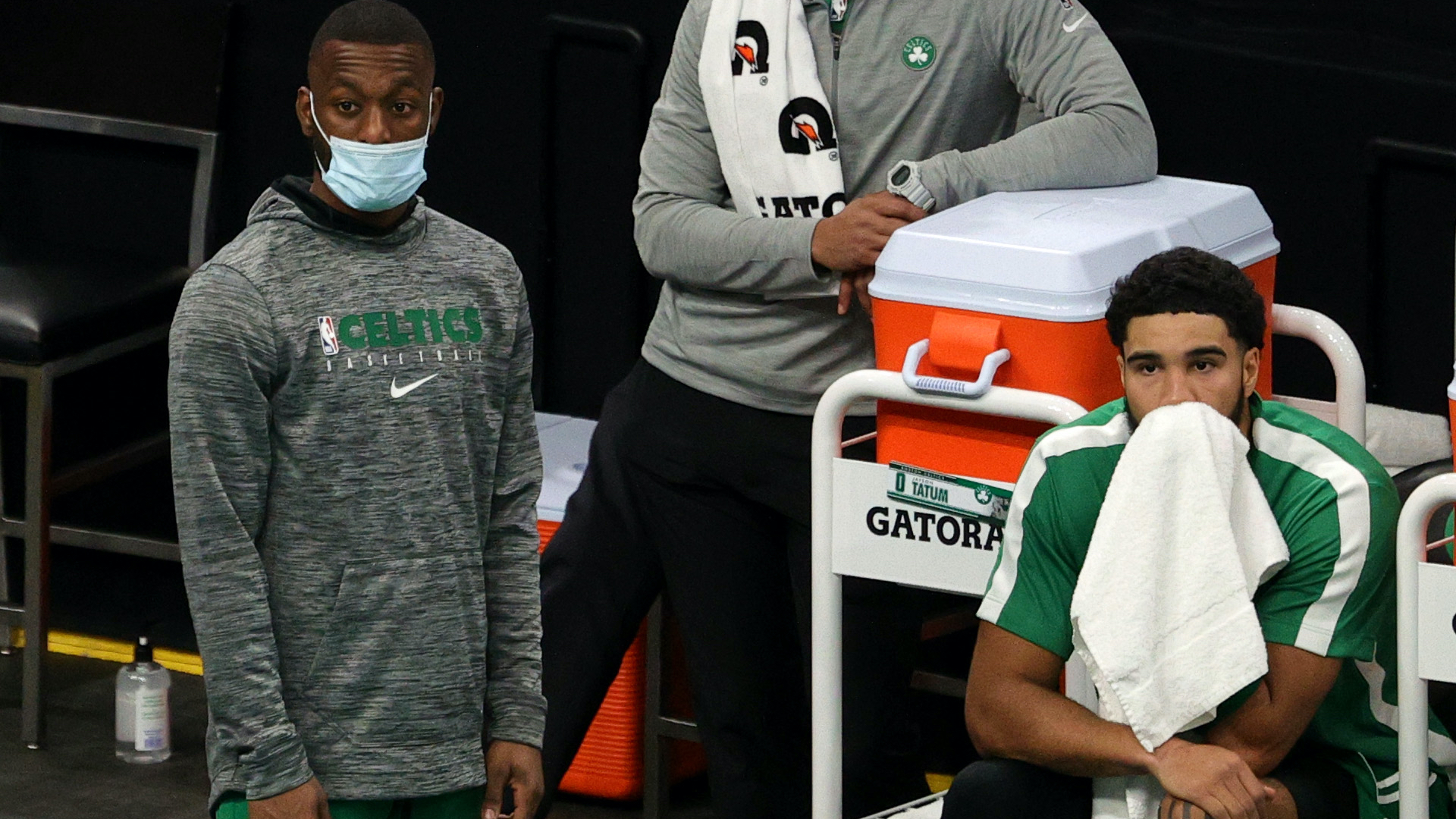 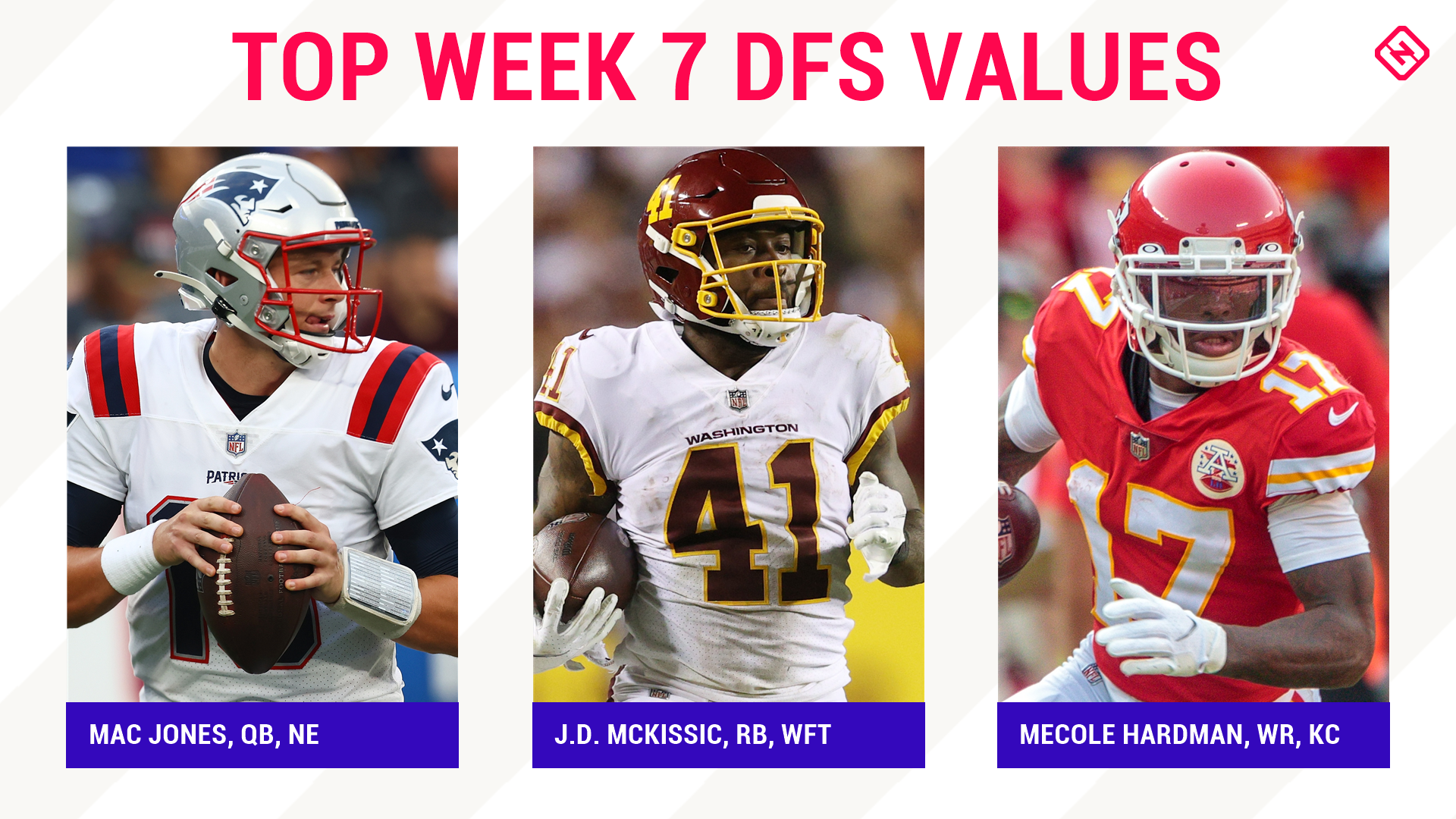 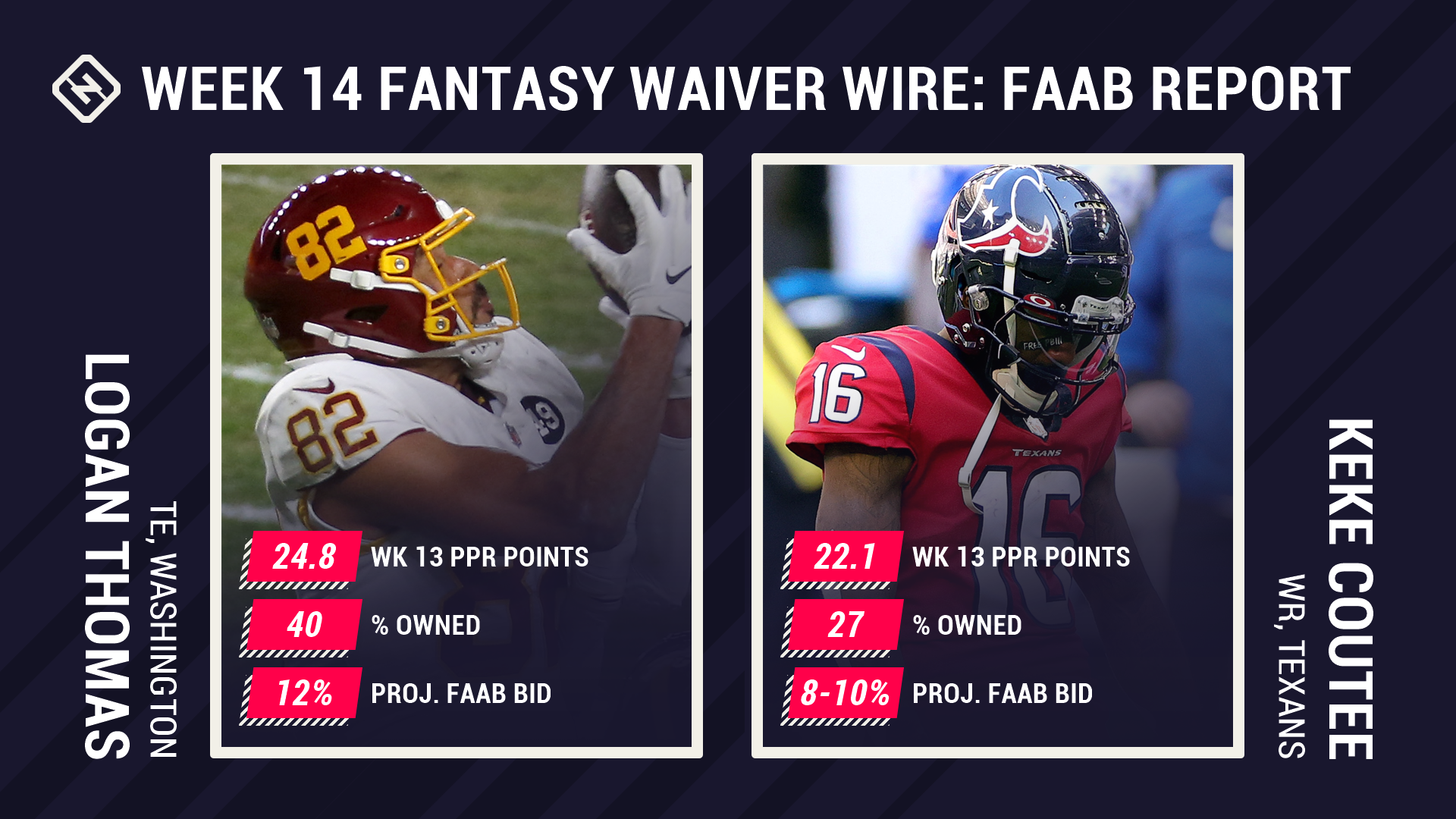