Rory McIlroy tapped at his last putt in an early morning pro-am at TPC Potomac on Wednesday, and the serenade followed. “Happy Birthday, dear Rory,” sang the fans along the ropes and the players in his group.

On Father’s Day 11 years ago, at the course across the street from here — venerable Congressional Country Club — he won his first major, the U.S. Open, as a strutting, preening 22-year-old bachelor. As of Wednesday, he is 33, a husband and a father himself. He is not just the most significant star in a relatively weak field at this week’s Wells Fargo Championship. He is nothing short of the conscience of his sport.

“Like, if I had been asked that question 10 years ago, I would have been like, ‘What are you talking about?’” he said Wednesday. “I just want to go play golf and make birdies.”

TPC Potomac at Avenel Farm: Where to hit, how to watch for all 18 holes

So easy as a kid in your early 20s. Much harder as a man moving toward your mid-30s.

There is a full-circle nature to McIlroy’s appearance here that is obvious, because his accomplishment at Congressional seemed transcendent: a dominant, wire-to-wire victory in which he shot four rounds in the 60s all, posted the lowest total and lowest score in relation to par in U.S. Open history, and officially put behind a calamitous collapse at the Masters just two months earlier. It presented as a preview of what would surely be a run of majors thereafter.

“I still to this day think it’s the best week of golf I’ve ever played in my life,” McIlroy said. “The ball was on a string that week, and you wish you could bottle that every single week that you play. Unfortunately, that’s not the case, but I think that’s still the benchmark of how I can play.”

Even all these years on, McIlroy re-watches the broadcasts from that week. If an eight-shot victory in which he was never even remotely in danger of not losing the tournament can have a signature moment, it came Sunday at Congressional’s par-3 10th. Y.E. Yang, McIlroy’s partner in the final group, struck his tee shot to maybe six feet. Rory’s response: Throw it behind the flag, have it trickle back past Yang’s ball, and nearly hole it. Ballgame.

But in those reviews of that week, there’s not a single swing or hole on which McIlroy puts his focus.

So in those viewings, there’s some searching for that freedom that came with youth. McIlroy could retire before Thursday’s first round here — he’s the defending champion at a tournament that is normally held in Charlotte — and have a career résumé that is unassailable: 32 wins around the world, including four majors. But he remains a Masters short of the career grand slam, a point that was driven home when he closed with a 64 last month to finish second to Scottie Scheffler at Augusta National. It’s still stunning to think that his most recent major came eight years ago, his second PGA Championship.

So as he has evolved and matured — a natural process for anyone between 22 and 33, be they golfer or greenskeeper — there’s a pursuit to rediscover what made him who he was that week at Congressional. Wednesday afternoon, he was headed back over to see the Blue Course, because the club gave him an honorary membership and he wanted to get his eyes on the renovations.

“As a member, I think it’s only right I go over and at least show my face,” he joked.

Maybe just being on the grounds would rekindle something within. McIlroy spoke before the Masters of going through a stretch where he was “playing golf swing rather than playing golf.” Watch those old swings from Congressional, and there was nothing even remotely technical or mechanical about them. The best version of Rory McIlroy is fluid and flowing, instinctual and creative.

A Howard star will make his PGA Tour debut, and Stephen Curry is loving it

So he is straddling two worlds, trying to find the best golf of his youth while being one of the game’s statesmen, even if he’s not yet elder. He, more than anyone, spoke critically of Phil Mickelson’s crass remarks regarding using the Saudi-backed league as leverage against the PGA Tour, even as Mickelson acknowledged the murderous regime of Saudi Crown Prince Mohammed bin Salman. He has scolded the sport’s governing bodies — the U.S. Golf Association and the R&A — for wastefully and narrow-mindedly investigating how to control how far the golf ball flies, a report that pertains to “0.1 percent of the golfing community.” He played his pro-am Wednesday with four Black golfers who came up through the grass roots First Tee program and played at historically Black colleges and universities, and understood the significance in a mostly White sport. His word carries weight, no matter the subject.

What he thinks, as he turns 33, is far different than what he thought at 22.

“It is something I’ve had to learn,” McIlroy said. “It’s not something I’ve always been interested in, but I think it’s something that is pretty important — especially where the game is right now, making sure it’s headed in the right direction.”

That’s both the sport as a whole, and his game specifically. Rory McIlroy’s best week of golf came as a kid on a course right across the street from where he’s playing this week. As he pursues that feeling and form again, he does so as the sport’s deepest, most developed and most eloquent voice. There’s accomplishment in that, whether he wins zero or 10 more majors. 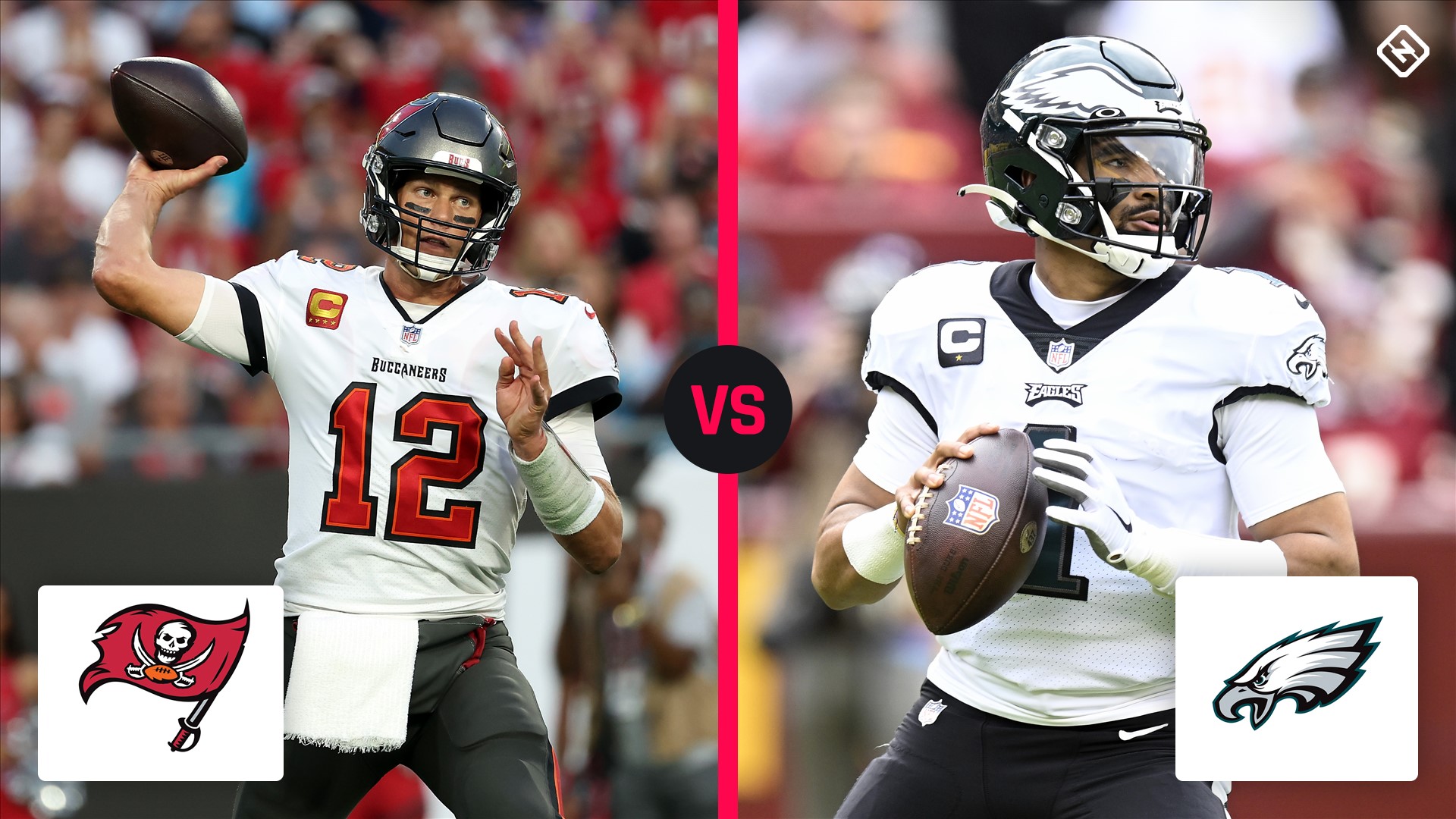 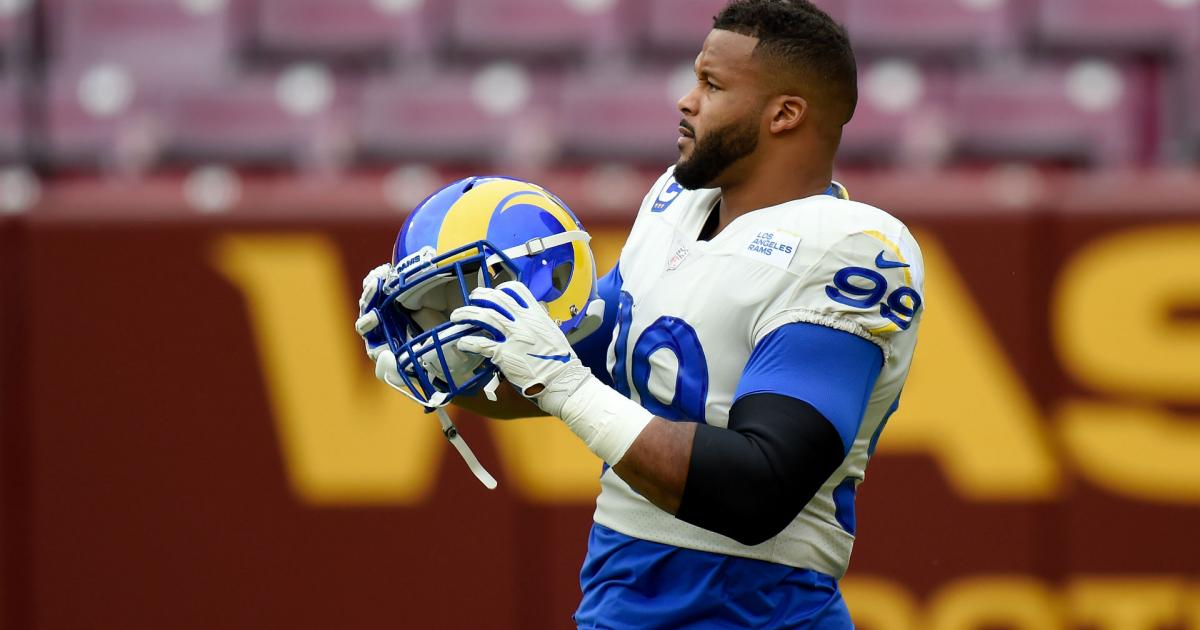 Will Aaron Donald retire? Rams defender ‘in the moment’ after Super Bowl 56 victory despite speculation

Dodgers need a closer, so they get a closer