As Nazi U-boats plagued the open sea in late 1940, the U.S. government launched an emergency shipbuilding program. In the first year, the program ramped up production at a breathtaking rate of 20% per month, supplying allies ― and eventually its own combat forces ― with about 6,000 vessels by the time World War II concluded five years later.

Today the world faces a different kind of global threat, similarly metastasizing after years of failing to confront it. Keeping the planet from warming beyond recognition requires an unprecedented economic effort to halt climate-changing emissions. But even the most optimistic scientific projections call for not only stopping the output of carbon dioxide but also removing the vast concentrations of the gas already in the atmosphere, where it will continue to trap heat for more than a century to come.

New research set to publish Thursday in the journal Nature outlines how the U.S. government could once again conjure the full force of its industrial might to build and deploy a massive fleet of machines to suck CO₂ from the sky.

Known as direct air capture, such technology could eventually extract roughly half the atmospheric CO₂ that United Nations forecasts show needs to be removed to keep the planet’s temperatures from surging to catastrophic levels. The machines essentially function like giant vacuum fans that pull carbon from the air and magnetically attach it to calcium or potassium molecules, transforming the emissions into a substance that can be injected underground for permanent storage, to prevent its return to the atmosphere.

Like waging war, doing so will be extremely expensive and energy-intensive. But the University of California, San Diego, researchers set out in their peer-reviewed study to model what a wartime budget could do to boost a technology that today remains nascent and controversial.

The findings offer something of a thought exercise ― and a warning: Either jump-start the carbon removal industry with generous government support now, or risk playing desperate triage in the hotter, chaotic decades to come. At the moment, the technology is primarily produced by two companies ― Carbon Engineering, based in Canada, and Climeworks, headquartered in Switzerland ― that depend on investments from major polluters. Carbon Engineering took money from oil giant Occidental Petroleum. Climeworks raised funds from the Coca-Cola Co., the world’s biggest source of plastic pollution.

The result has been a negative reputation among environmentalists and “minuscule” investment in a technology that most serious climate models suggest will be necessary in the years to come, said Ryan Hanna, an assistant research scientist at UC San Diego’s Center for Energy Research who was the study’s lead author.

“If you look at the very basic growth numbers that would be required to deploy this kind of technology, you really need to start yesterday,” Hanna said. “It’s time that we’re working against, beyond just the amount of funding we can throw at the problem.”

President-elect Joe Biden vowed to inject $2 trillion into programs to convert the nation’s electricity supply to 100% zero-carbon sources by 2035, fund mountains of new research and build a massive network of charging stations for electric vehicles. A fraction of that funding would go to researching negative-emissions technologies like direct air capture.

Yet momentum is growing for a greater effort. On Thursday, a vast coalition of researchers from some of the nation’s top universities is set to publish a new website laying out a book-length primer on the need for carbon removal. And even some on the political left, where skepticism of direct air capture has been most pronounced, are now arguing that the technology could be used to “decolonize the atmosphere.”

This study envisions spending about $1 trillion per year on direct air capture alone. That amounts to roughly 5% of the United States’ annual gross domestic product, a percentage the researchers gleaned from the average budget the country has spent fighting every major conflict since the Civil War. Then Hanna and his team looked at the maximum rate at which various technologies have been developed and deployed in times of crisis, including U.S. warships in the 1940s and French nuclear power plants in the aftermath of World War II, and arrived at 20% as a usable average.

“What’s being done in this paper is looking at the upper extreme for what we think would be possible, even if it’s a stretch,” Hanna said. “It truly is an upper bound, because upper bounds are instructive for showing what a crisis response could plausibly produce.”

By 2050, the study found, a direct air capture program expanded with that kind of money could remove 2 to 2.5 gigatons of CO₂ per year. Estimates from the U.N. Intergovernmental Panel on Climate Change, the leading global climate forecasting body, vary on how much CO₂ needs to be removed from the atmosphere annually to keep warming in check, but most models suggest a figure close to 6 gigatons per year by midcentury. The rest would need to be made up with newly planted forests and styles of soil cultivation that trap carbon underground. (There is some debate among carbon removal researchers about whether that much will, in fact, be necessary.)

The conventional wisdom on negative emissions has so far been to focus on what can be done cheaply while directing government spending toward arresting the growth of emissions by replacing fossil-fueled transport and energy production with zero-carbon alternatives. But reaching those levels of emission removals by 2050 means going through a lot of costly trial-and-error in the next few decades. And though direct air capture requires prodigious amounts of energy to work ― demanding, at the scale modeled in the study, up to 25% of the nation’s electricity production ― existing sources of reliable, 24-hour power could render the technology affordable to run at present prices.

The study points to hydropower, nuclear and natural gas as the best options to run direct air capture plants at present, noting solar and wind will remain too intermittent until battery technology improves enough to sustain a powerful baseload of electricity.

“If you have a long-term view that you want a fleet of direct air capture scrubbers to scale up and operate over the century, you actually shouldn’t be too concerned about what energy supplies are connected to initial deployments,” Hanna said. “In the grand scheme of things, emissions from the first few percent of plants don’t matter that much.”

The burden wouldn’t necessarily need to fall on the U.S. alone. The European Union, given its similar size to the U.S. economy, could take a lead role. The U.S. could also marshal its allies in the Organisation for Economic Co-operation and Development, the 37-nation club of rich democracies, to aid in the effort.

If you look at the very basic growth numbers that would be required to deploy this kind of technology, you really need to start yesterday.
Ryan Hanna, scientist at UC San Diego’s Center for Energy Research

Committing to remove some of the centuries of carbon emissions that countries such as the U.S., United Kingdom and France have produced since the dawn of the industrial revolution could prove a powerful tool in global climate negotiations. Developing nations such as China, India and Vietnam, whose emissions make up the bulk of those that could push the world over its climate threshold, have complained it’s unfair to demand they sacrifice fossil-fueled economic growth that lifts their populations out of poverty at the behest of countries that grew wealthy exploiting coal and colonizing their ancestors.

“Funds need to be invested today to accelerate the deployment of this technology, improve its technical performance and reduce the cost associated,” said Giulia Realmonte, a Milan-based researcher who has authored past studies on direct air capture for the Department of Energy. “We need to start talking about the climate crisis and getting ready to face it with all the ‘weapons’ we have.”

But other studies suggest governments should focus first on transitioning electricity production to zero-carbon sources that could make direct air capture cheaper and less likely to add carbon pollution.

“Large-scale decarbonization of the power sector, as well as direct and indirect electrification of other industries and technologies, should be prioritized as a cheaper climate change mitigation solution,” said Mahdi Fasihi, a researcher at Finland’s Lappeenranta-Lahti University of Technology who published a 2019 paper on the issue in the Journal of Cleaner Production.

Another issue would be maintaining such enormous government budgets over the course of decades.

“It’s important to make very clear where the government funding is going,” said Andrew Bergman, a doctoral student in applied physics at Harvard University. “It can go into the hands of folks like Occidental and Exxon who will make money managing the same waste they’ve created, or it can go to folks at the municipal level and union workers who work in a collective.”

Samantha McCulloch, an analyst at the International Energy Agency, said finding ways to commercialize the technology could “offer an important backstop or hedge.” But markets have been slow to develop. The biggest commercial use of capture carbon dioxide at present is for enhanced oil recovery ― shooting captured CO₂ at high pressures into nearly exhausted oil wells to extract what remains. Houston-based oil giant Occidental Petroleum has invested heavily in direct air capture in a bid to ultimately reposition itself as a “carbon management” company that difficult-to-decarbonize industries, such as airlines or cement makers, may someday pay to remove CO₂ emissions from the atmosphere.

But so far Occidental’s business remains primarily extracting fossil fuels to be burned.

“Look at what Carbon Engineering says when they’re criticized by environmental groups for working with oil companies,” Hanna said. “Their response is simple: If there were incentives from the government to do this without the oil and gas industry, to do it as a public good, we’d do it. But it’s just not there, so we need to go forth by any means possible to develop this technology.”

India is using two different COVID-19 vaccines. Uncertainty surrounds one of them 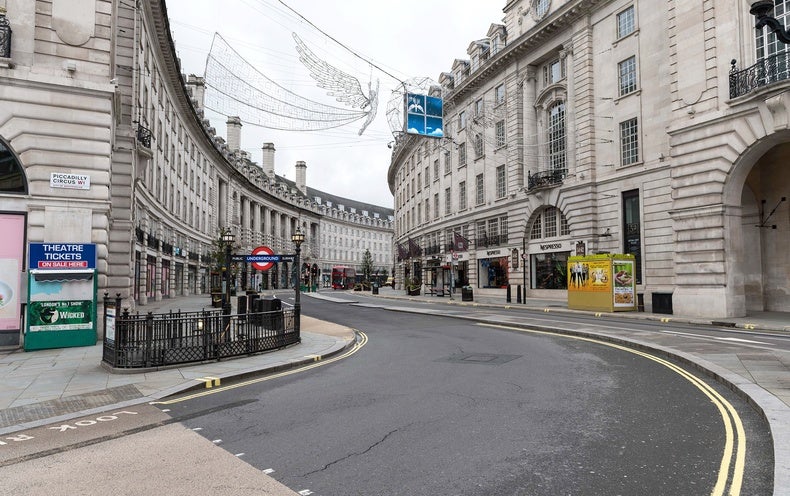 The U.K. Coronavirus Mutation Is Worrying but Not Terrifying 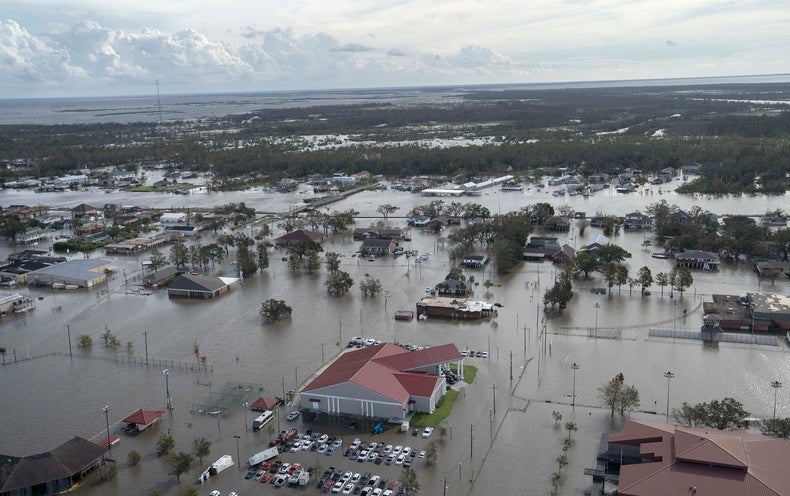 As 2022 Hurricane Season Looms, A Current that Fuels Monster Storms Is Very Warm 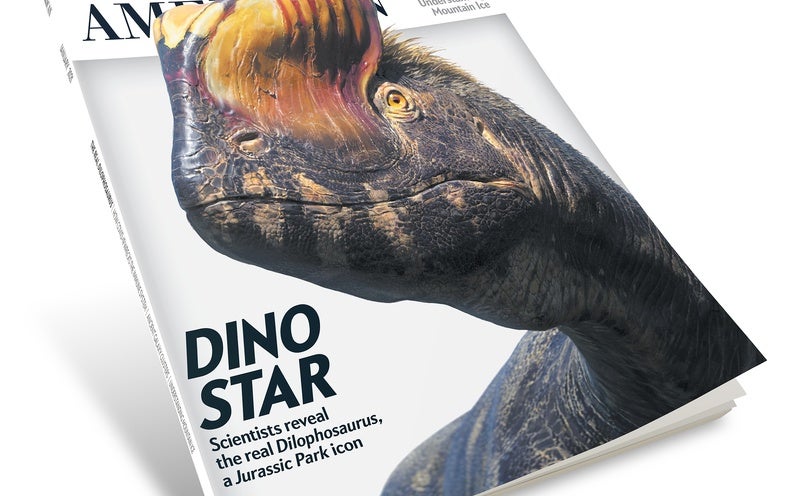 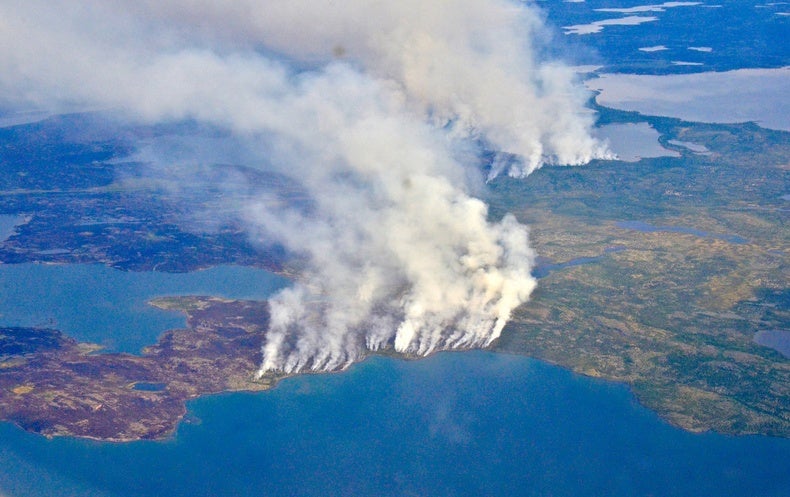