Not all planets orbit stars. Some are instead “free-floating” rogues adrift in interstellar space after being ejected from their home systems. For decades astronomers have sought to study such elusive outcasts, hoping to find patterns in their size and number that could reveal otherwise hidden details of how planetary systems emerge and evolve.

Of the handful known so far, most free floaters have been massive gas giants, but now researchers may have found one small enough to be rocky—smaller even than Earth. If its rogue status is confirmed, the roughly Mars-to-Earth-mass object would be the most diminutive free-floating planet ever seen. Yet finding such small worlds could soon become routine, thanks to NASA’s upcoming Nancy Grace Roman Space Telescope, set to launch in the mid-2020s.

Most planet-hunting methods rely on observing subtle changes in a star’s light to discern any orbiting companions. But free-floating worlds, of course, have no star. Instead astronomers use a quirk of Einstein’s general theory of relativity to locate these lost planets: All massive objects warp spacetime around themselves, similar to how a bowling ball stretches a rubber sheet, and can act as lenses to magnify far-distant sources. When a “lensing” foreground planet is properly aligned with a background star, it amplifies that star’s light, causing a slight brightening. This technique is known as microlensing, and astronomers first pioneered it to find black holes.

Of the approximately 100 worlds found to date by microlensing, only four have been identified as free-floating. All the rest are planets that spin around their stars on orbits that are stretched out so long that they typically elude detection through other standard planet-hunting techniques. It is possible that the newfound wee world, known as OGLE-2016-BLG-1928, could be attached to a star. But if so, its orbit would place it at least eight times as far from its stellar host as the Earth is from the sun. Confirming the planet’s likely free-floating status will require a few more years—time enough for any potential parent star, should it exist, to shift its position so that its light can be separated from that of the background star.

“It’s really a very exciting result,” says Andrew Gould, an astronomer at the Ohio State University and an author of the preprint paper describing the result. That study, which was led by Przemek Mróz of the California Institute of Technology, has been submitted to Astrophysical Journal Letters, where it is currently under review. “It’s a huge milestone to get this planet,” Gould adds.

“This is a very robust result and almost certainly a low-mass planet,” says astronomer Scott Gaudi of Ohio State, who is leading the science team working to determine the best observing strategy for NASA’s Roman telescope and was not part of the group that found the new world. “This gives us the first little peek at the likely distribution of a population of Earth-mass planets in the galaxy,” he says.

At the “Hairy Edge”

Most planets form from the gas and dust left over after a star is born. Under the leading planetary formation model, called core accretion, the gas and dust gradually and incrementally combine to form larger and larger pieces that eventually coalesce into planets. A competing theory, disk instability, instead proposes that small segments of the disk rapidly collapse to form planets, and it favors the creation of larger worlds over smaller rocky ones.

Not all planets in a family get along. Gas giants can act as bullies, flinging their smaller siblings into elongated orbits or tossing them out of their system completely. These ejected worlds may continue to fly through space on their own as free-floating planets.

The Optical Gravitational Lensing Experiment (OGLE) has been scanning the skies for the faint stellar flickers caused by microlensing events since 1992. But the new world was not spotted until Mróz and his colleagues reviewed some of OGLE’s archival data. By combining OGLE’s results with contemporaneous observations from the Korea Microlensing Telescope Network, as well as data from the European Space Agency’s Milky Way–mapping Gaia satellite, the team was able to better estimate properties useful for gauging the putative free-floating planet’s mass, such as the distance between the world and the background star. Mróz and his colleagues ultimately pegged the world’s mass at somewhere between that of Mars and Earth—making it one of the smallest objects ever found by microlensing.

“It’s really at the hairy edge of what we can do,” Gaudi says.

This discovery hints that rocky worlds are common in the space between stars. Detecting something like this at the limits of astronomers’ current capabilities suggests OGLE was either incredibly lucky or that small free-floating planets wander the Milky Way in astronomical abundance.

The discovery of a single free-floating terrestrial planet demonstrates that such objects do, in fact, exist, whereas before they were only theorized. And as more low-mass drifters are found, they can help scientists narrow down how worlds are born. Core accretion models suggest planets should form in bunches, while a star might form a single world under disk instability. Because of their isolation, single-world systems would have no planets to eject. If astronomers find very few free-floating worlds as technology improves, disk instability might gain stronger support as the dominant mode of planet formation. At the same time, finding terrestrial worlds drifting through deep space provides more support for the core accretion model. “It’s very difficult to form such low-mass planets” under disk instability says Wei Zhu, a research associate at the Canadian Institute for Theoretical Astrophysics, who was not part of the new discovery. The newfound drifter instead provides strong support for the core accretion model. “That’s a good sign,” he says.

But ejection caused by planetary interactions is not the only way to wind up with worlds flying through stars, which theorists will have to take into account in their studies. Most stars form in clusters, surrounded by their own stellar siblings, and they might be much better at sharing than planets are. Worlds in the outskirts of their system could be pulled away completely by the gravity of a passing star, either joining that other star’s collection of planets or being tossed aside into space. Some castaway worlds may even find themselves bouncing from star to star, attaching to and being stripped from one sun after another. “They’re basically Ping-Pong planets,” says Susanne Pfalzner, an astronomer at the Jülich Research Center in Germany, who was not part of Mróz’s team.

Beyond its potential implications for planet-formation models, the newfound rogue planet is already having an effect on astronomers’ plans for future missions. According to Gaudi, it strengthens the case for changing Roman’s survey strategy. The OGLE observations only utilized a single light filter, but two different filters can help to disentangle the source star more easily, making stronger measurements of the stellar properties that help determine the mass of the free-floating planet. Roman originally planned to focus most of its observations on a single filter, only occasionally switching to a second, but Gaudi says the new study is making the planning team reinvestigate whether more two-filter observations would be worth the reduction in data quality that would occur.

Regardless, current best-guess projections suggest Roman should reveal more than 200 free-floating Mars-sized planets—enough to potentially determine whether most are products of planetary interactions or of stellar encounters in clusters, Zhu says. In contrast, Gould is skeptical that Roman will detect sufficient numbers of small worlds to robustly discern between these two possibilities, but he remains sanguine about the future observatory’s transformative effects.

“Roman will find more free-floating planets at a higher rate than we are finding today,” he says. “It’s going to be a huge leap.” 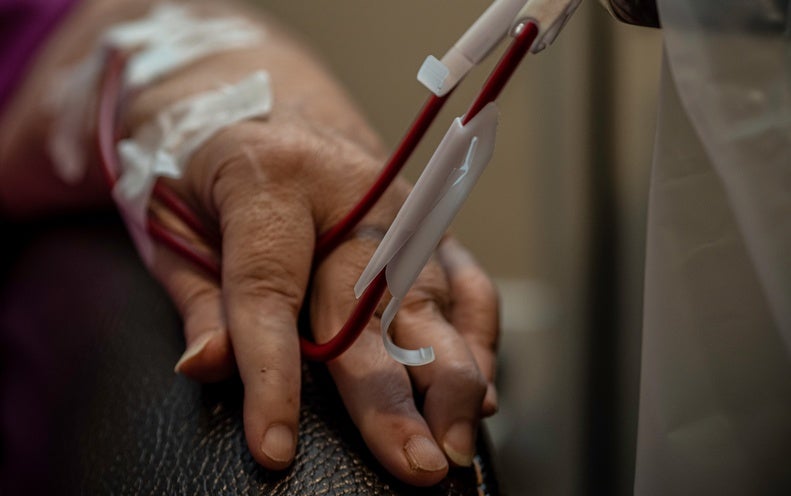 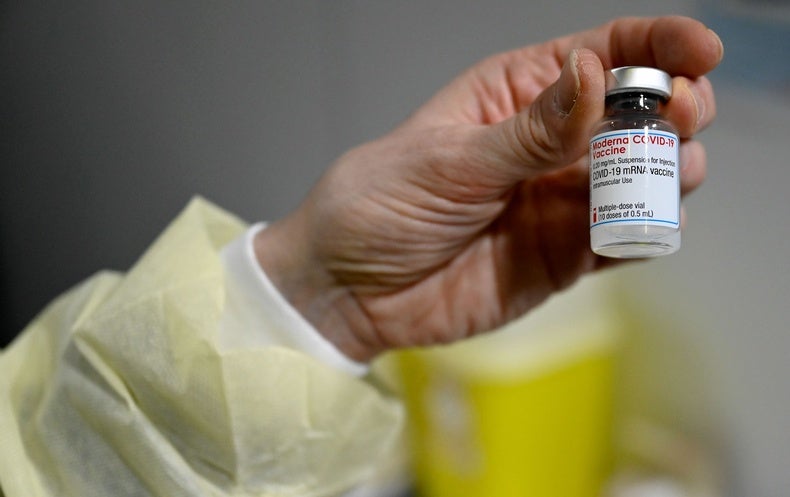 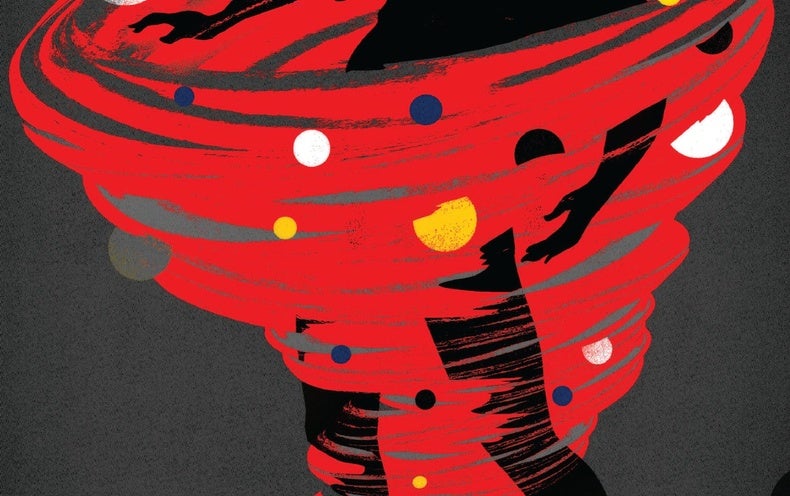 The Immune Havoc of COVID-19 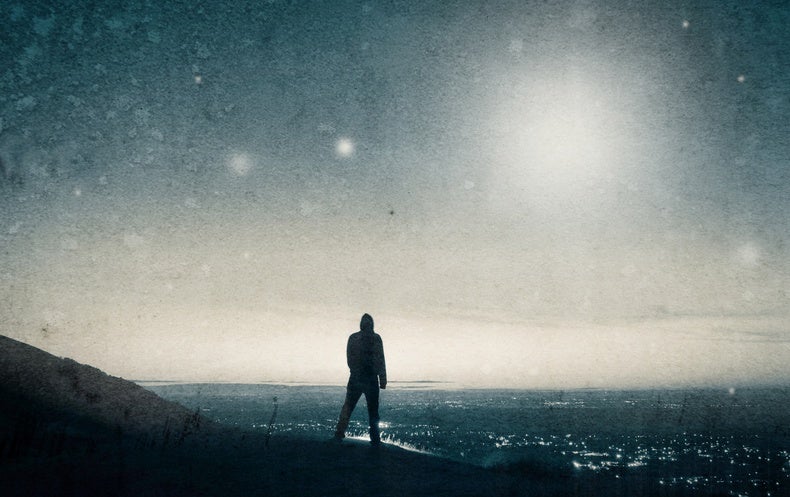 Why Do We Assume Extraterrestrials Might Want to Visit Us?