Across his years of studying auroras, University of Calgary physicist Eric Donovan had periodically seen pictures and data showing something strange: a curve of purple light swiping across the sky, linear green features glowing beneath. It was atypical, but he didn’t give it too much thought. “I put it into some bucket that I understood,” he says.

That changed when he found himself at a bar with a group of amateur aurora photographers after a science talk. Over beers, members of the Alberta Aurora Chasers were showing off their pictures. Following a discussion, one attendee showed him a shot of the same sort of purple arc that Donovan had noticed over the years. Images of it look otherworldly—the sort of thing one might see in an alien planet’s sky.

Looking at the photograph, Donovan realized the lights actually lived in an “unidentified” bucket that he didn’t understand. They also didn’t have a name. So he and the aurora chasers started calling the phenomenon Steve, after a name a group of animals give to shrubbery they don’t understand in the children’s movie Over the Hedge.

Soon Donovan and his scientific colleagues teamed up with the aurora chasers to try to track down more apparitions of Steve—to observe it, attempt to understand the mechanism behind it and change an unknown into a known.

That’s also the thrust of a new NASA project that aims to study UFOs. The narrative of Steve—people notice something strange in the heavens above and dig deeper—could someday play out similarly in the space agency’s efforts to learn more about unidentified things in Earth’s atmosphere.

In early June, spurred by a series of highly publicized UFO sightings documented by U.S. military personnel, NASA announced that it was initiating a modest study of unidentified aerial phenomena (UAPs). For nearly a year—and on a relatively meager total budget of circa $100,000—eight to 12 experts will work on the UAP Independent Study. Its goal is to identify data—information that has already been gathered, or that could be in the future, from NASA and outside organizations—and analysis techniques that might advance the scientific understanding of UAPs. Both NASA and the scientist leading the study, Princeton University astrophysicist and Simons Foundation president David Spergel, declined to comment for this story.

But no official responses or endorsements are needed to affirm the obvious: the huge volumes of data from NASA’s sprawling network of past and present Earth-observation satellites could be a treasure trove for UAP research. One would be mistaken, however, to think this could only impact sci-fi-tinged searches for patrolling alien spacecraft. Quite the contrary: by seeking to flag anomalous, unexplained occurrences in NASA’s data, scientists are at least as likely to discover new, exotic-but-earthly atmospheric phenomena as they are to find any credible evidence of extraterrestrial visitors—especially if they also can leverage ground sightings from the general public, as Donovan ultimately did with Steve.

After naming the phenomenon, Donovan and his colleagues hoped to pin down Steve by seeing it cross their data streams from satellites and atmospheric sensors, then linking that same occurrence with pictures snapped by cameras on the ground.

In July 2016 they caught a break when one of Donovan’s panoramic “all-sky” cameras in Saskatchewan caught an instance of Steve in action. The next morning, Donovan posted to the aurora chasers’ Facebook group: “Did anybody see it last night?” he asked. Five minutes later, someone sent him two images.

Luckily, one of the European Space Agency’s Swarm satellites had been flying over the right place at the right time, and its sensors caught a big temperature increase and a fast-moving gas flow where and when Steve had appeared. The phenomenon was unquestionably real, and the specific details of its revelation led to yet another name. Steve became STEVE, a reverse engineered acronym, or backronym, for “strong thermal emission velocity enhancement.” “It was the most dramatic day,” Donovan recalls.

STEVE’s discovery wasn’t the only time when a scientist’s attention to people’s strange sightings led to new empirical discoveries—and an understanding of what some UFOs might be. In 2006 people across Queensland, Australia, saw airborne fireballs, in one instance followed by an enigmatic green sphere of light rolling on the ground. A local television station reported on the odd observations, eliciting the interest of Stephen Hughes, a physicist at Queensland University of Technology.

Captivated and curious, Hughes collected more eyewitness stories from that evening. Based on that anecdotal information (which one might call “anecdata”), he found a similar historical sighting, along with measurements that nearby astronomical observatories and infrasound instruments had taken on the night that it occurred. With all this information at hand, Hughes drew a potential connection between green fireballs—which can be caused by fast-moving meteors—and ball lightning. The meteors’ trails of particles, he postulated, might mediate an electrical connection between the atmosphere and Earth’s surface, charging the ground and sparking the emission of a tumbling orb of plasma.

Scientists can also use the crowdsourced power of everyday people looking at the sky to better understand other known-but-rare atmospheric phenomena, of which there are plenty, such as red sprites and hole-punch clouds. Collectively, these weird occurrences reinforce the notion that despite all our modern-day sky watching, air travel and globe-girdling networks of Earth-observing satellites and ground-based instruments, scientists’ catalogs of atmospheric phenomena are nowhere near complete.

“I don’t think we’ll ever run out of things to discover,” Donovan says. But there’s a complication, in his view, with research culture broadly. “We’re not in discovery mode,” he says.

Typically, scientists get grants to do their work, and to win that money, they have to thoroughly explain their research plan. This means they often already know a great deal about their object of study and only seek to make modest, incremental advances in knowledge. “Discovery is not really the big thing driving science,” Donovan says.

Maybe, with a line of research specifically pointing at the unidentified, such as NASA’s study, that could change.

But, alas, the historical output of UFO research has not been promising. Consider the sobering conclusion reached by a controversial 1960s government-funded study of UFO sightings led by Edward Condon of the University of Colorado Boulder. “Nothing has come from the study of UFOs in the past 21 years that has added to scientific knowledge…,” Condon wrote. “Further extensive study of UFOs probably cannot be justified in the expectation that science will be advanced thereby.”

Pennsylvania State University historian Greg Eghigian, who is writing a history of UFOs, can’t think of a time when studying them led to significant shifts in the physical sciences. Instead, he says, academic interest in UFOs has led to much more tangible progress in the social sciences and humanities, where reports of sightings, beliefs or alleged alien contact can be used for conducting psychological investigations or tracking the dissemination of ideas and large-scale changes in public perceptions. In particular, research on “the formation of so-called UFO cults and religions really did a lot for people who do religious studies,” he says, “and really served as a foundation for the study of new social movements.”

Eghigian nonetheless sees NASA’s new project as significant because most UAP research to date has come from the world’s militaries and intelligence organizations, which typically share a similar outlook—“which is ‘We’re not interested in this as a scientific issue. That’s not on our agenda,’” he says. NASA’s study represents a potentially profound break from that single-minded tradition.

To maximize the chances for NASA’s study turning up anything of value, though, the space agency will have to successfully attract the right sort of participants—eminent subject-matter experts, such as Spergel, who can strike a balance between open-mindedness and rigorous skepticism. Such a feat is made much harder by the lingering stigma that UFO research is pseudoscience. “Scientists need to feel safe,” says Steve Brumby, a remote-sensing and data-visualization expert who co-founded Impact Observatory, a company using machine learning to mine geospatial data for novel insights. “If they step up to be part of this anomaly study, [they need to know] they’re not immediately going to be branded as extremist UFO believers.”

Those hurdles aside, Brumby has fundamental doubts about the outcome of NASA’s study. Rarely, he says, does simply being alert for anomalies prove fruitful. Such “fishing expeditions,” he says, have “a pretty high likelihood of just wasting people’s money”— especially if they seek to pick out individual anomalous events from data sources that are scarcely suited for that task. “Most of the NASA missions are being done with spatial resolution that is far too coarse”to catch such relatively small and fleeting details, he says. Using NASA’s data to check out, say, the weather during a sighting and how that might have affected views from the ground or in the air, however, could prove more useful—as might higher-resolution data from other organizations.

Then again, despite not being as subject to secrecy and military applications as past defense-motivated UFO studies, perhaps NASA’s efforts are also driven by ulterior motives. Donovan suspects that one of the project’s priorities will be to convert and preserve the space agency’s voluminous Earth-observation archives into proper machine-readable formats from which scientists might eventually pry new insights with modern software. “My guess is this [project] is probably more about the data,” Donovan says, “and less about [searching for] unidentified flying objects.”

And from that data, other scientists might find their own “most dramatic” days, much as Donovan did with STEVE, uncovering phenomena for which they, too, can make backronyms. In the coming years, the biggest discoveries to emerge from NASA’s study may be called PAUL or EUGENE, not UAPs or UFOs. 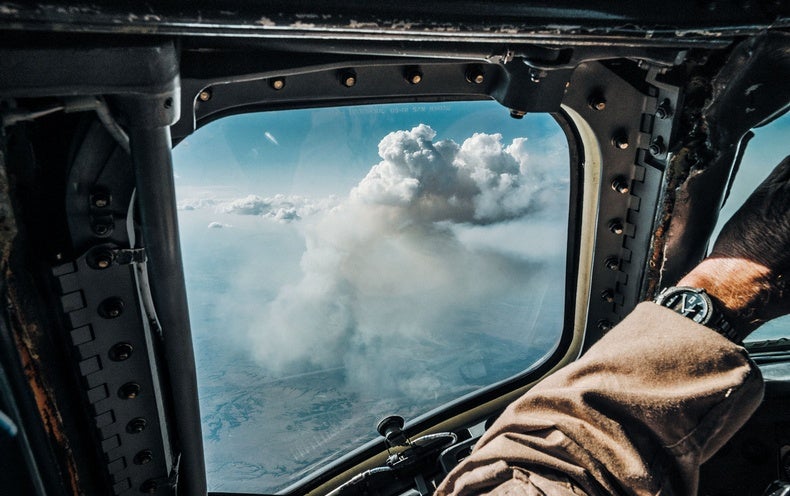 The Hidden Toll of Wildfires 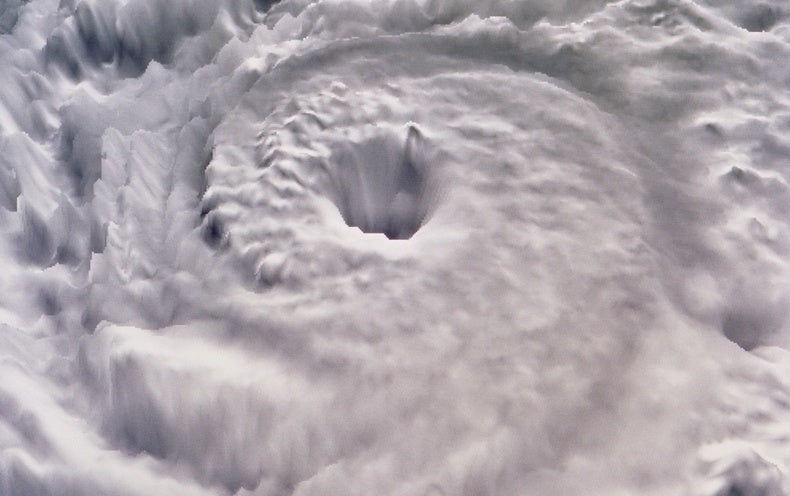 Solomon: Poem: ‘My Father Flies into a Hurricane’ 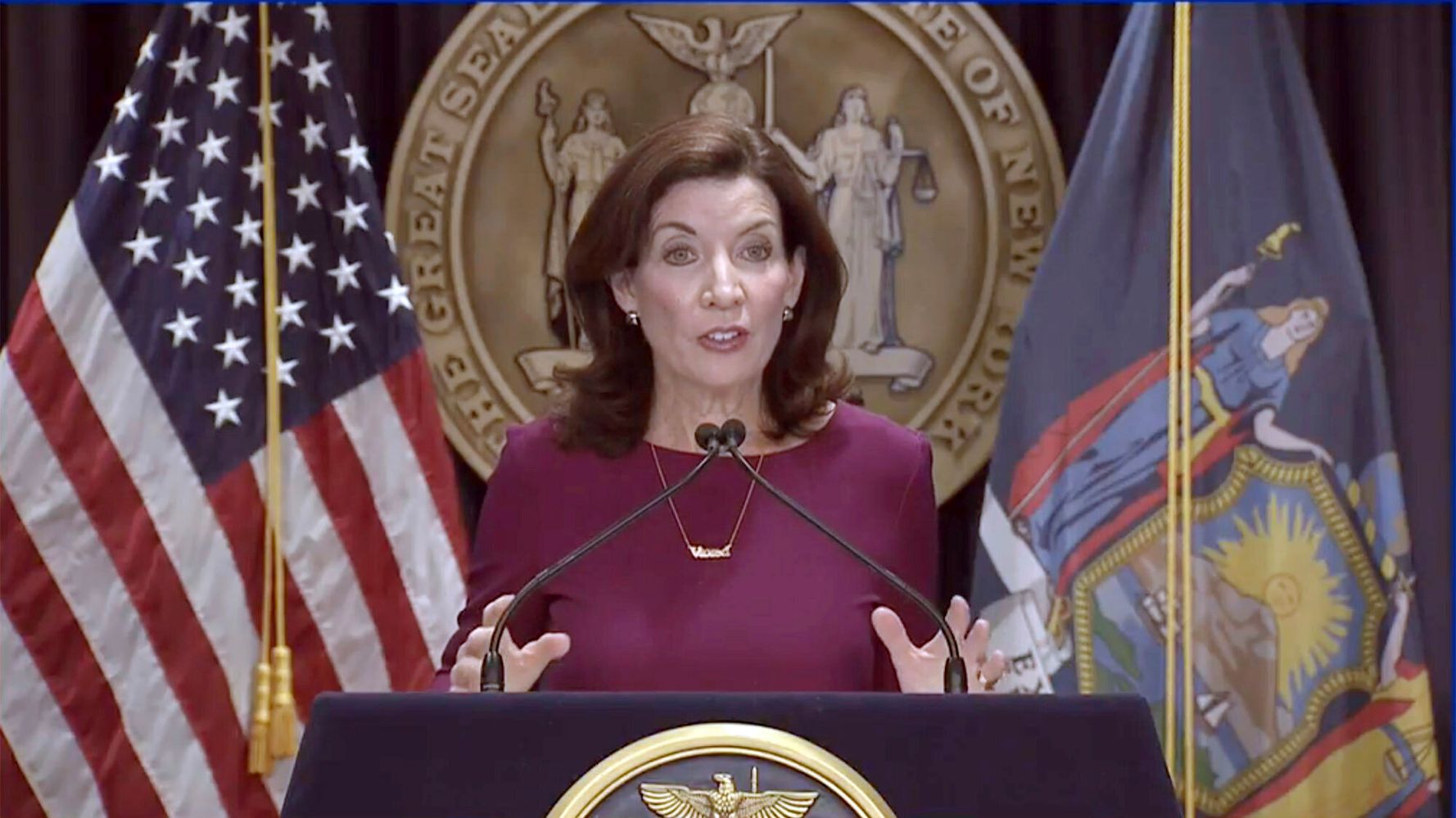 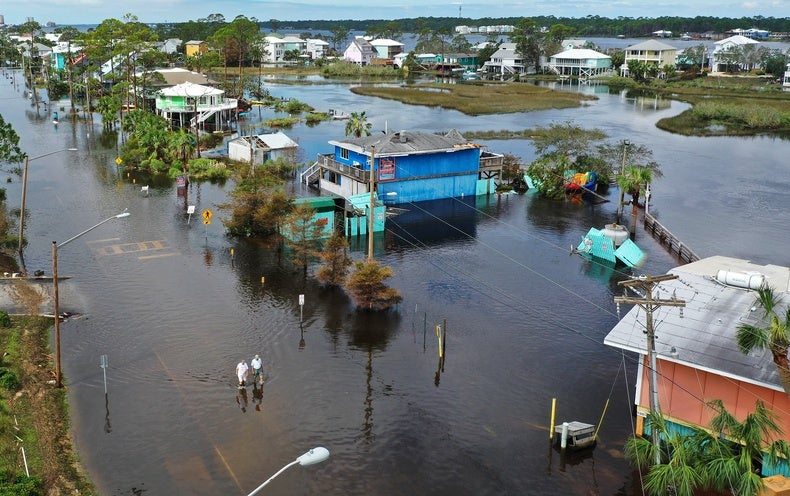