On June 13, at 6 A.M. ET, astronomers around the world descended on the Gaia Archive: the landing Web page for every last bit of data from the European Space Agency’s (ESA’s) Milky Way–mapping Global Astrometric Interferometer for Astrophysics (Gaia) mission. After years of calibrating and validating the spacecraft’s measurements of the motion, speed, brightness, composition and other properties of hundreds of millions of stars, mission officials finally unveiled Data Release 3 (DR3) to the public. Between reading press releases and posting pictures of telescope-themed cakes on Twitter, scientists began scouring DR3 for the next big discoveries in black holes, asteroids, galactic archaeology, exoplanets, and more.

Within minutes of the release, ESA unveiled updated three-dimensional maps of the Milky Way and unleashed a deluge of new information on the billions of stars around us—what they’re made of, which way they are travelling, and how fast and old they are—all in service of Gaia’s fundamental goal of surveying the sky to better understand our galaxy.

“I didn’t expect us to have such good coverage. All those maps—my jaw dropped,” says Ronald Drimmel, an astronomer at the Astrophysical Observatory of Turin at Italy’s National Institute for Astrophysics and a member of the Gaia Data Processing and Analysis Consortium (DPAC), who has been working on Gaia since the late 1990s.

Drimmel spent a couple of months before the release double-checking some of Gaia’s observations—just long enough to pull together a paper, one of the many papers the DPAC team wrote to demonstrate what is possible with DR3. With new measurements of the 3-D trajectories of more than 33 million stars—including their motion toward and away from us, not just across the sky—Drimmel and his colleagues mapped out the stellar motions of different parts of our galaxy, especially those for the Milky Way’s two trailing spiral arms and the flattened, bar-shaped center between them. Knowing how the stars in these disparate regions move today can help researchers reverse engineer the emergence of our galaxy’s distinctive spiral shape, as well as understand how such structures may arise in other galaxies.

“Now we’re in an era, at least for the Milky Way, where we can see all of this very dynamic stuff happening,” says Adrian Price-Whelan, an astronomer at the Center for Computational Astrophysics (CCA) at the Flatiron Institute in New York City, who co-authored a new paper that was posted to the preprint server arXiv.org just one day after DR3’s release. They used the updated stellar motions in DR3 to find signs of disturbances in the Milky Way’s structure that were caused by events such as near misses between us and the Sagittarius dwarf galaxy—a small remnant of a galaxy caught in a death spiral around our own. Studying this and other “satellite” galaxies helps researchers pin down key events in the Milky Way’s chaotic history, revealing the epic intergalactic collisions and close calls that gave rise to our familiar spiral of stars over billions of years. “The history of our galaxy is what things have fallen in and absorbed into the Milky Way over time—that’s both connected to the buildup of our galaxy but also has consequences for the structures that we see in the galaxy,” Price-Whelan explains.

The precise motions measured by Gaia are also key to identifying smaller-scale systems within the galaxy, including binary stars, as well as stars orbiting more exotic astrophysical objects such as neutron stars and black holes. These dense “stellar remnants” are essentially leftovers from the deaths of large stars. If those large stars are in binary systems, astronomers’ theories predict that the remnants will continue orbiting their not yet dead companion stars, so researchers expect to find a black hole in a binary from the Gaia data any time now.

“We’re all excited about the black holes; everyone’s champing to find the black hole,” says Katie Breivik, an astronomer at the CCA. Combing through the enormous new catalog of binary systems in DR3 in the days after the release, though, “we were like, ‘Really? There’s nothing? There’s not one single gigantic black hole screaming at us?’ But that’s okay. Our hopes are not dashed yet.”

Breivik has plenty more to work on. “In terms of the real ‘powerhouse’ science that I think the Gaia data is going to bring, it’s just being able to observe binary stars—binary stars of all different masses, kinds and phases of evolution,” she says. Since the data release, Breivik has been refining synthetic versions of the Gaia data for binary star systems. To do this, she uses mathematical models to generate artificial populations of stars for eventual comparison with the real Gaia results in order to look for where the holes are in our current theories.

The fun with stars doesn’t end with binaries. “One of the things that I’m doing with [DR3] right away is working on a very nearby sample of stars,” says Jacqueline Faherty, an astrophysicist at the American Museum of Natural History in New York City. She is hoping to unravel where stars are coming from and where they are going in the future. Faherty’s work is helped by a hotly anticipated addition in DR3: stellar spectra, which chart how a star’s brightness varies in accordance with the wavelength, or color, of its emitted light. Spectra convey information about stars’ temperature and chemical composition. The fingerprints of different elements identified in spectra can pinpoint stars that might have been born in the same regions. This helps astronomers “wind back the clock” to figure out how various stellar populations emerged and evolved over time while also hinting at what is to come and allowing research to predict when, where and how future generations of stars might form.

But it isn’t just star lovers who are excited about spectra. DR3 also contains spectra for around 60,000 asteroids. Investigators such as Federica Spoto of the Harvard-Smithsonian Center for Astrophysics can use these spectra to learn what distant asteroids are made of and find composition-based “families” to help link scattered space rocks to the original objects they splintered from. Using DR3’s detailed measurements of asteroid motions, as well as their spectra, Spoto wants to backtrack along the trajectories of asteroids to pinpoint the key impact events that formed them and when those events occurred. “If you follow the whole main [asteroid] belt, all the collisions, you can make a timeline of the early phases of the solar system’s formation,” she says.

Faherty, Drimmel, Spoto, Price-Whelan and Breivik all agree that there is enough science to work on in DR3 for generations of astronomers to come, yet the data only come from the first 3 months of Gaia’s observations. There are still years’ worth of untouched observations to look forward to as the mission continues, and astronomers know it. “There is no rest,” says Drimmel, whose colleagues in the DPAC team have been working on the next data release since late 2021.

By Data Release 4 (DR4), slated to come out in the next few years, we can expect to double the number of cataloged asteroids, says DPAC member and astronomer Paolo Tanga of the Côte d’Azur Observatory in France. There will be more massive stars to hopefully spot black holes around for Breivik and yet more precise stellar positions and trajectories to play with, something that exoplanet explorers are excited about.

“We are looking at Gaia data for evidence that a star is showing some tug from an unseen massive planet,” says Thayne Currie, an astrophysicist at NASA’s Ames Research Center in Moffett Field, Calif. By using Gaia to look for stars displaying telltale planet-induced wiggles in their path across the sky, he hopes to identify candidate star systems for follow-up studies with other telescopes that could confirm and characterize any worlds there.

The next batch of data Currie needs will come from DR4, but he and his colleagues are already confident that their planet-hunting method works, based on preliminary explorations of earlier releases—and they’re not the only ones. A group led by astronomer Aviad Panahi of Tel Aviv University has confirmed the first two exoplanets found in earlier Gaia data in a preprint paper that was recently accepted for publication by Astronomy & Astrophysics. The hot gas giant planets Gaia-1b and Gaia-2b were spotted when they passed in front of their respective host star, as seen from Earth orbit, which caused a momentary dip in each star’s brightness in Gaia’s optics. Based on the success of their technique—backed by follow-up observations of the planets using a ground-based telescope—Panahi and his colleagues plan to search for the same giveaway changes in brightness in the new Gaia data to find more exoplanets, which adds planet hunting to the long list of activities possible with DR3.

“Other people want sexier missions,” Faherty says, referring to projects such as NASA’s $10-billion James Webb Space Telescope and its similarly expensive (and expansive) proposed successors that plan to search for signs of life in on other worlds. But the fundamental nature of the Gaia mission—an all-sky survey of stars—underpins all of astrophysics. Its capability for precise measurements of the brightness and positions of the objects that pass through its line of sight makes the mission a powerful general-purpose tool for astronomy of all kinds. “It is the fundamental measurement of the universe: a distance measurement,” Faherty says. “And this is the greatest distance measurement observatory that’s ever existed.” 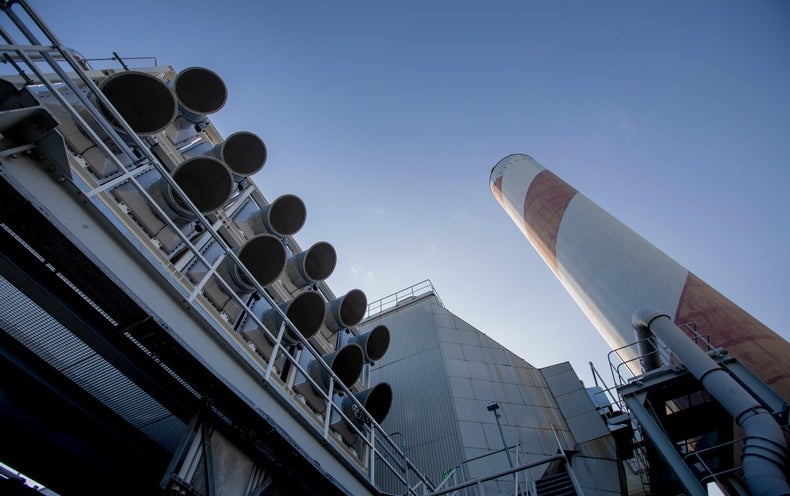 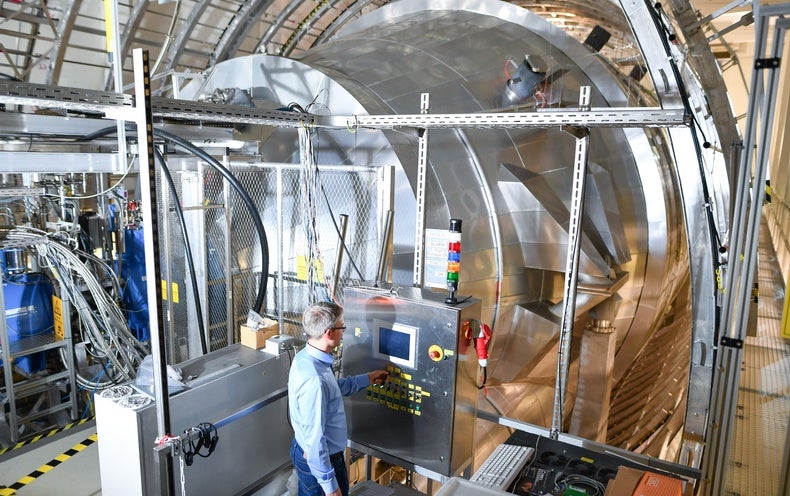 How Light Is a Neutrino? The Answer Is Closer Than Ever 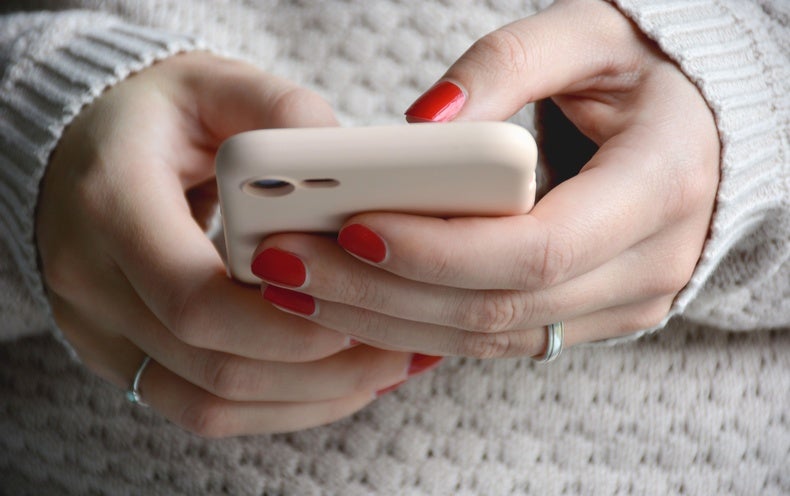 Yes, Phones Can Reveal if Someone Gets an Abortion 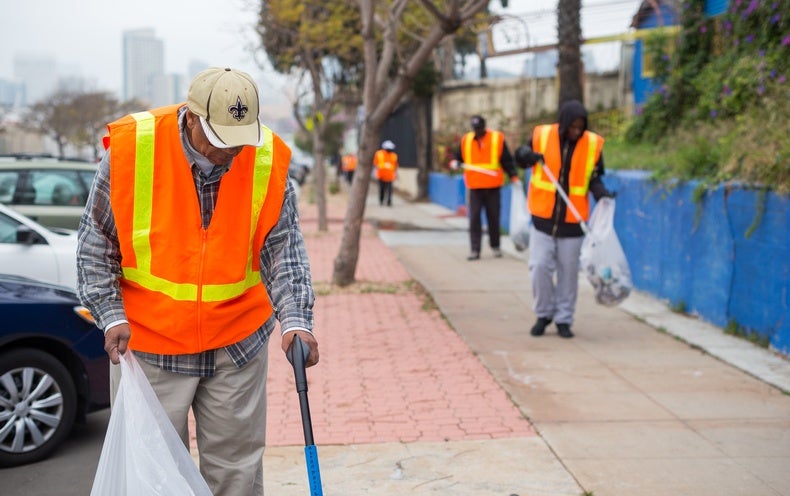 The Best Medicine Doesn’t Always Come in a Bottle