For anyone invested in NASA’s decades-long efforts to robotically explore Mars, now is the time for nail-biting. Launched last July and barreling toward the Red Planet and Jezero Crater is the space agency’s Perseverance rover, cocooned in heat-resistant shielding and set for a terrifying, technically audacious fiery nosedive through the planet’s atmosphere on February 18. That ferocious entry will be immediately followed by something many consider even more frightening: the automated lowering of the robot to solid ground on a tether from a hovering, rocket-propelled “sky crane” platform—the same technology that successfully brought Perseverance’s predecessor, the Curiosity rover, to the Martian surface in 2012.

Billed as the largest, heaviest, cleanest and most complicated roving robotic geologist ever shot into space, Perseverance is a multitasking extraordinaire.

“The Perseverance rover is a key next step in our exploration of Mars,” says Bruce Jakosky, an eminent planetary scientist at the University of Colorado Boulder who recently chaired a NASA working group tasked with scoping out the future of Red Planet research. Perseverance, with its emphasis on collecting material to someday be returned to Earth, is crucial to any such plans.

“Along with the science Perseverance will do on the surface in exploring Jezero Crater, by collecting samples from key locations on the surface it will be the first step in returning samples of the Martian surface to the Earth. Analysis of these samples is expected to revolutionize our understanding of Mars, its history, and whether there could be evidence for present-day or past life,” Jakosky says.

Among other key assignments is unleashing a Mars helicopter that reconnoiters the immediate environs around its chosen landing site, an ancient lake-delta system that might harbor signs of fossilized microbial life. Then there is its objective of operating a first-generation device to convert the carbon dioxide–saturated Martian air into oxygen. If built bigger, the technological progeny of that pathfinder could help sustain future human explorers on Mars by literally producing breathable gas and rocket propellant alike out of thin air.

Perseverance’s primary specimen-gathering objective is a Herculean task that will transform the rover from a one-off science mission into a linchpin for most if not all of what is yet to come in our ongoing relationship with the Red Planet. Collecting and storing precious samples for eventual return to Earth will be the opening shot in a complex, multipart and megadollar endeavor called Mars Sample Return (MSR). If successful, Perseverance will be the binder that unites multiple generations and subdisciplines of planetary-science planning into a cohesive, sturdy whole; if not, much of the painstakingly constructed edifice of Mars exploration could collapse into ruin.

Once safe-and-sound on the ground, the car-size rover is to gather specimens of rock and soil, and perhaps shall even siphon up a sip of Martian atmosphere. Those samples are to be carefully placed in dozens of cigar-size tubes that will be hermetically sealed and dropped onto the planet’s surface for later retrieval by additional robotic rovers. Perseverance carries 43 sample tubes; five of those are “witness tubes” exposed to Mars’ environment to spot any Earthly contaminants that may seep from the rover during sample collection. That leaves 38 tubes intended to hold carefully chosen portions of Mars for years on end as they await eventual retrieval.

Perseverance’s prime mission spans one Mars year, which equates to slightly less than two Earth years, although the machinery’s qualified lifetime is 1.5 Mars years, or about three Earth years.

Even before the rover is safely down and dirty on Mars, active discussion is underway for its eventual departure from Jezero Crater, with tentative plans emerging for Perseverance to wheel through rough terrain, drive over the crater rim and snoop around at another site within the adjacent Nili Planum region. Once there, the rover could perhaps establish a second depot of chosen samples—presuming, of course, the rover is healthy, that there are any tubes left over from its Jezero peregrinations, and that mission planners accept the complication of retrieving samples from an additional far-flung cache site. This “second depot” concept would maximize the mission’s science return beyond what is considered its minimal, baseline target for sample collection, but it is far from guaranteed.

However, given that the actual collection and caching of samples occurs, the next post-Perseverance steps are relatively rigid, involving several follow-on spacecraft built and sent to Mars in a partnership between NASA and the European Space Agency.

Firstly, a Sample Retrieval Lander mission would be launched in 2026 to plop down on the planet both a Sample Fetch Rover and a Mars Ascent Vehicle (MAV). Once unleashed, that speedy go-getter of a rover would pick up sample tubes and stow them inside a container built into the nose of the MAV for rocketing them off the planet back to orbit. In the event that the fetch rover somehow fails, any samples previously left on the surface by Perseverance are unlikely to be recoverable. To guard against this contingency, Perseverance’s planners are considering leaving a set of samples with high scientific value aboard the rover; provided the nuclear-powered rover stays healthy, it might then chauffeur those particularly precious samples to the MAV.

The final leg of the MSR crusade is to hurl an orbiter to Mars that snares the pristine Mars specimens circling the planet for a rocket trip back to Earth, dropping off the critical cargo in the Utah desert as early as 2031.

The price tag for this carefully choreographed robotic roundtrip was recently pegged by a NASA-established independent review board at between $3.8 billion and $4.4 billion – a figure that does not include the roughly $2.4 billion already spent on the Perseverance Mars 2020 mission.

To ensure this staggering figure results in the best bang-per-buck, more than 200 Mars researchers attended a virtual strategy workshop on January 21 dedicated to devising a clear strategy for exactly how Perseverance’s samples should be cached. On one thing, they all agreed: the high-stakes nature of the multipart MSR program made their discussions urgent and more than a little fraught.

Brandi Carrier, Mars Sample Return implementation scientist within the newly created MSR Campaign Science Office at NASA’s Jet Propulsion Laboratory (JPL), said that developing a coherent plan for sample caching “represents a crucial step in ensuring that the operations of the Perseverance rover and the planning for sample retrieval are optimized to reduce risk and result in the delivery of the best possible sample collection to Earth.”

Harry McSween, a planetary geoscientist in the University of Tennessee in Knoxville tells Scientific American: “It’s a very complex system of missions, each one challenging in itself,” he said, “so, we will have to cross our fingers.”

But the gamble is worthwhile, he maintains. Returned samples from the moon, a comet and the sun (in the form of captured solar wind), McSween says, have already revolutionized scientific understanding of those extraterrestrial objects, and “MSR will almost certainly do the same thing.” Samples, he adds, are “the gift that keeps on giving,” pointing to new discoveries that are being made now, more than a half century after the first Apollo lunar landings and sample collections, by applying new analytical methods to those carefully curated moon rocks.

As remote as the chance of interplanetary cross-contamination may seem, astrobiologists are keen to avoid bringing back any potentially dangerous Martian microbes in the samples. And so, a prerequisite of their ultimate return to Earth will be their placement in some sort of quarantine, until through analysis or sterilization they are deemed safe to release to outside laboratories.

Work is underway to define exactly what from a sample return facility must take to guard against inadvertent contamination of Earth’s biosphere. For years, and in report after report, the scientific community has wrestled with questions of how minimalistic such a facility could be, as its cost, capabilities and readiness can deeply influence the rest of the MSR effort. Ideally, the community of Mars scientists wants as many sample-related investigations as possible to occur in typical research labs outside of biosafety containment, where they could likely proceed faster, better and cheaper.

There is some study money to formulate what will be needed for such a facility, says Michael Meyer, lead scientist for NASA’s Mars Exploration Program at NASA headquarters. A MSR science planning group is developing a working list of requirements, primarily to help scope out costs, he says.

“As you might guess, having samples from Mars that we keep pristine and contained, while enabling fantastic science, poses a challenge,” Meyer says.

As the MSR initiative moves forward, there are those not in love with the plan.

Fran Bagenal, a professor emeritus and planetary scientist at the University of Colorado Boulder, hungers for other exploration destinations within our solar system, and worries about the price tag of rushing a specimen from the Red Planet back to Earth.

“Rather than the expense of bringing a single, small sample back to Earth, where indeed there are labs that could make extremely precise measurements, I would suggest that it makes more scientific sense to send multiple small spacecraft to a wide range of locations [on Mars] to ‘scratch and sniff,’” Bagenal says. “This would give a sense of the range of chemical environments. It would also allow a more informed decision on where to collect that one precious sample to bring back to Earth.”

Balancing cost across planetary exploration is vital for ensuring we gain a deep and holistic view of the entire solar system, Bagenal says, which should force us to confront the hard question of whether the focus on Mars is justified.

“I am appalled how little we know about our sister planet Venus that might have valuable lessons for Earth. Talk about global warming!” Bagenal says. “My research interests are very much in the outer solar system…. I worry that cost overruns in the Mars program will delay missions to Uranus or Neptune, [each] only once explored with Voyager spacecraft flybys in 1986 and 1989 respectively.”

Meanwhile, NASA’s longtime dance with distant Mars continues with the agency’s Perseverance rover cross-haired on its upcoming plunge to the Red Planet.

Needless to say, the MSR campaign could be upended by a Perseverance crash landing. The past is peppered with failed spacecraft at the planet, prompting and verifying the credo: “Mars is hard.”

“I think in the case of a failed Perseverance mission, MSR would have to go back to step one and the planning for the retrieval missions would go on pause until there is another opportunity to collect samples,” responded JPL’s Carrier. “We are currently planning for success, though, so that things can keep moving forward if all goes as planned. Luckily, we will know in just a few days whether Perseverance has landed successfully and is operational on Mars!” 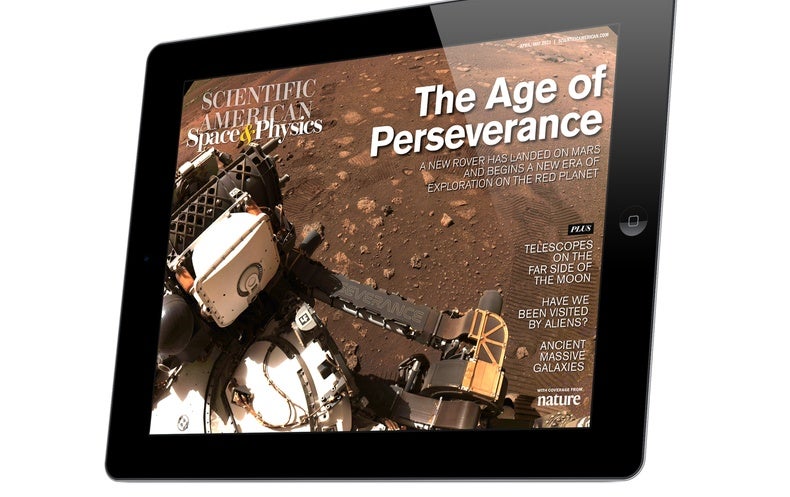 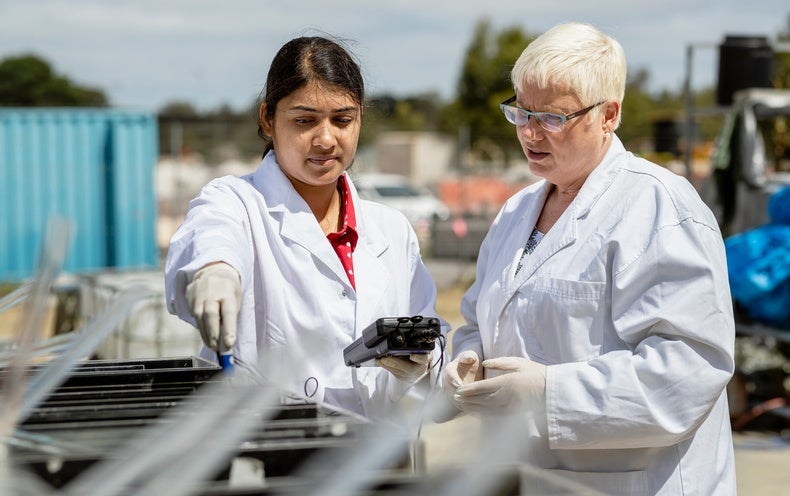 We Need STEM Mentors Who Can Reduce Bias and Fight Stereotypes 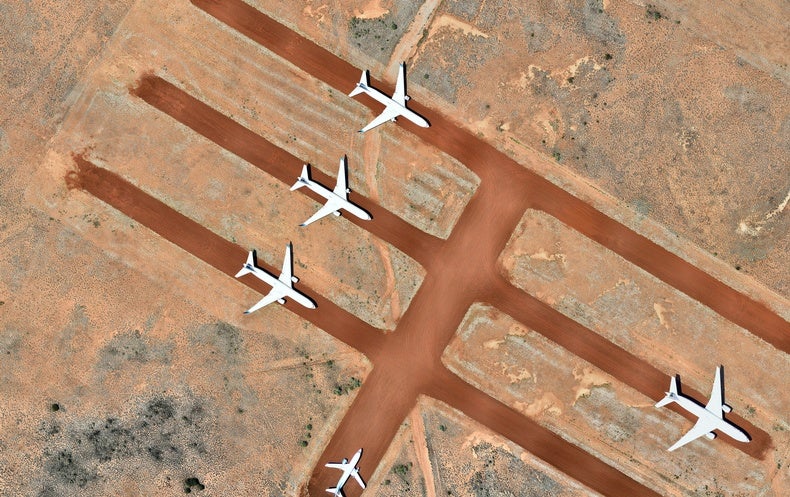 Record Drop in U.S. Emissions Is No Cause for Celebration 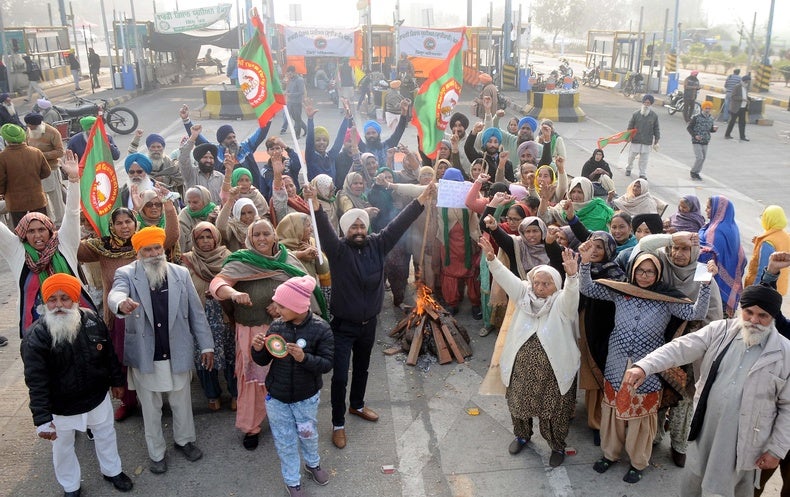 Farm Protests in India Are Writing the Green Revolution’s Obituary