The space industry is growing and innovating at a pace not seen since the days of the moon landings. Fifty years ago, nearly everything related to space was a government-sponsored project. In 21st-century space, launch vehicle and satellite finance are most often bottom-line corporate investments or public-private partnerships.

Untethered from government leashes, the global space industry looks and operates increasingly like global aviation. Reusability. Regular flight cadence. Mass production of spacecraft and launch vehicles. Analysts predict that the space industry’s contribution to global GDP could cross the 1 percent threshold by 2040. We can reasonably construct future scenarios where the space and aviation industries have comparable economic clout.

A great deal of aviation’s remarkable airframe and propulsion developments since World War II have been guided by sustainability concerns, mainly focused on jet engine emissions. Modern jet engines emit much less soot and gas pollutants than engines emitted 50 years ago. The pressure to reduce jet emissions has been good for aviation because honing turbine combustion to near theoretical maximum efficiency has had the benefit of reducing fuel consumption. Good for corporate bottom lines, and good for the Earth.

Sustainability has not much been a concern for space systems development. Just like their jet engine cousins, rocket engines emit a variety of gases and particles into the atmosphere that can have regional and even global consequences. Even so, launch vehicle environmental impacts are typically disregarded by comparing jet and rocket fuel consumption in an overly simplified way.

The argument goes like this: Rockets burn only 0.1 percent of the fuel that aircraft burn each year and are therefore only 0.1 percent of the emissions problem that aviation presents. But this is a case of false equivalence. Careful understanding of every phase of space flight shows that space emissions can impact the atmosphere in ways that are wholly different from, and in some cases larger than, aviation emissions.

Unlike with aviation, every layer of the atmosphere sees space industry emissions. While jet emissions into the troposphere are quickly washed away to the surface by precipitation, rocket emissions into the stratosphere clean away only slowly. Stratospheric emissions accumulate year over year, adding up exhaust from all of Earth’s launches and reentries over the past four or five years. In fact, the fragile ozone layer resides in the stratosphere, near where rocket emissions accumulate.

Prospects for space travel have never been more thrilling. Space industry advances, including high-performance smallsats, low-Earth-orbit megaconstellations, new rocket propellants, and lunar resource extraction, are driving the 21st-century New Space growth. Expectations are high that these developments will bring forth the long-held ambition to make space travel as commonplace as air travel. But are these new space technologies on path of sustainable growth?

Solid rocket motor (SRM) oxidizer, ammonium perchlorate, contains chlorine, the most serious threat to stratospheric ozone. Direct plume sampling 20 years ago by NASA aircraft showed that SRM plumes create dramatic ozone “miniholes” that persist for several days after a launch. The miniholes disappear however as the chlorine-laden plumes mix into the global stratosphere, and all the chlorine emitted by SRMs each year is small and short-lived compared to the chlorine released by the notorious chlorofluorocarbons. Chlorine from SRMs is most likely not a serious threat to the ozone layer.

Scientists well understand how the CO2, H2O and Cl gas emissions from rockets affect climate and ozone. And all this research indicates that these impacts are insignificant compared to other pollution sources and buried in the noise of the global atmosphere. Even if these launch emissions increased by an order of magnitude, their impacts would be small. However, there is another component to rocket exhaust that could be significant: particles of soot (black carbon) and alumina (Al2O3).

Rockets famously display brilliant exhaust plumes. Hydrocarbon-fueled rocket engine “flame” is mostly the incandescent glow of soot particles oxidizing in the hot plume. Soot production in rocket engines is complicated and not very well understood. Soot forms in fuel-rich combustion chambers, fuel-cooling nozzle walls and turbopump gas generators, and is partly consumed in the hot plumes. Jet engines have none of these complexities and burn very clean compared to rocket engine. Some types of hydrocarbon-fueled rocket engines emit hundreds of times more soot for each kilogram of fuel burned than do their jet engine cousins. And jets only occasionally fly in the stratosphere; rockets fly there every launch.

What is the concern about soot in the stratosphere? Black carbon soot (BC) very efficiently absorbs sunlight. The absorbed energy is transferred to surrounding air so that BC acts as a heat source, warming the stratosphere, which can in turn slightly change the circulation of the global atmosphere. And since ozone concentration is inversely proportional to temperature, a warmer stratosphere equates to depletion of the ozone layer. Is the BC emitted by the current global fleet of rockets great enough to have a significant impact on the global atmosphere? We do not yet know. The required climate models are only now being assembled. BC soot emission by hydrocarbon-fueled rockets, and its global impacts remain a mystery.

SRM plumes are even more brilliant than hydrocarbon-fueled plumes. White hot alumina droplets leaving the nozzle are the source for the SRM “flame. As with the chlorine gas emission, SRM plumes diffuse and eventually mix into the global atmosphere so that rocket alumina particles are found in random stratospheric air samples from equator to poles. In the 1990s, researchers discovered how ozone-destroying chemical reactions occur on the surface of SRM alumina particles, but alumina’s significance as a source of ozone depletion is not known. SRMs emit ozone-destroying chlorine gas, too, of course, and the double-sided nature of SRM ozone depletion remains poorly described. The 2018 World Meteorological Organization (WMO) Ozone Assessment acknowledged the large knowledge gaps and noted that further research is “warranted.”

The space shuttle SRMs were the largest ever flown, and it is often mistakenly assumed that the use of large solid rockets ended when the space shuttle retired. In fact, SRMs are finding increasing launch applications around the planet. The Space Launch System’s 144-inch diameter SRMs will be the most massive ever flown. Even SLS will be eclipsed by a Chinese 156-inch SRM planned for 2025 debut. SRMs present a growing and poorly known hazard to stratospheric ozone.

Contrary to many media stories about the latest space junk reentry spectacular, space junk returning to Earth does not “disappear” upon reentry. Some parts of derelict spacecraft will survive reentry and reach the surface. However, most of the reentering mass vaporizes into a hot gas that quickly condenses into a spray of small particles. Thus, as with launch, bright plumes mean particle production. Unlike the chemically simple particles from launch, particles from reentering space junk will be a zoo of complex chemical types. Particles from vaporizing propellant tanks, computers, solar panels and other exotic materials will form around an 85-kilometer altitude then drift downward, accumulating in the stratosphere along with launch’s soot and alumina. Reentry is as much of an “emission” as launch.

The growing LEO megaconstellations, with thousands of satellites in each constellation, use reentry vaporization as the satellite end-of-life disposal mechanism. Once these constellations are deployed, hundreds of tons of nonfunctioning satellites will be “brought in” for disposal every year. Most of this mass will become particles in the middle atmosphere. Very little is known about reentry dust production, the microphysics of the particles and how reentry dust could affect climate and ozone.

Space has entered a growth phase reminiscent of aviation’s early days. Once a technology becomes normalized into the market economy, there is no limit to potential new applications. And like its aviation industry big brother, the space industry emits gases and particles into the atmosphere from propulsion systems. But a comparison between aviation emissions and space emissions must account for the vastly different ways that the two industries affect the Earth’s atmosphere.

CO2 emissions from jet engines will be much larger than CO2 emissions from rocket engines for any foreseeable future. This is reflected in well-meaning but misguided calculations of a conventional “carbon footprint” for space. But CO2 is not where the action is for space pollution. The particles emitted by rocket launches and space debris reentries cause much larger changes in atmospheric chemistry, dynamics and radiation than rocket CO2 emissions. For the space industry, the “carbon footprint” is a complicated story that is yet to be appropriately defined.

The recent controversy over the brightness of LEO satellites illustrates like a spotlight how sustainability needs to become a fundamental aspect of space system development. It will be easier to guarantee unimpeded use of space systems if the environmental impacts of every stage in a system’s life cycle are evaluated ahead of time. This is how aviation contemplates sustainability. Environmental concerns that appear after deployment encourages regulation. Full and complete analysis before deployment inoculates against regulation.

Ironically, only space can provide the global perspective required to manage humanity’s stewardship of the Earth. Apollo 8’s view of Earthrise is often associated with the beginning of global environmentalism. And yet space industry emissions themselves are too poorly known to answer fundamental questions about space’s global impacts and sustainability. Space has some work to do regarding environmental impacts. Looking to aviation, an appropriate scientific program would include measurements of launch and reentry plumes, detailed modeling of plumes from fresh emissions to steady state global mixing, and laboratory measurements of the microphysics of all the different particle types generated from launch to reentry. The effort would be a government and commercial partnership.

The space industry is poised to become a more significant part of the global economy just at a time when sustainability is becoming a common goal across the economy. What would a sustainable space industry look like? What are the future regulatory threats to space development? We will not know the answers to these questions until a sustained program scientific research program, globally coordinated, on space industry emissions is carried out.

USA Basketball is recruiting for a national esports team

Kylie Jenner’s Romantic History: From Tyga To A Baby With Travis Scott & More 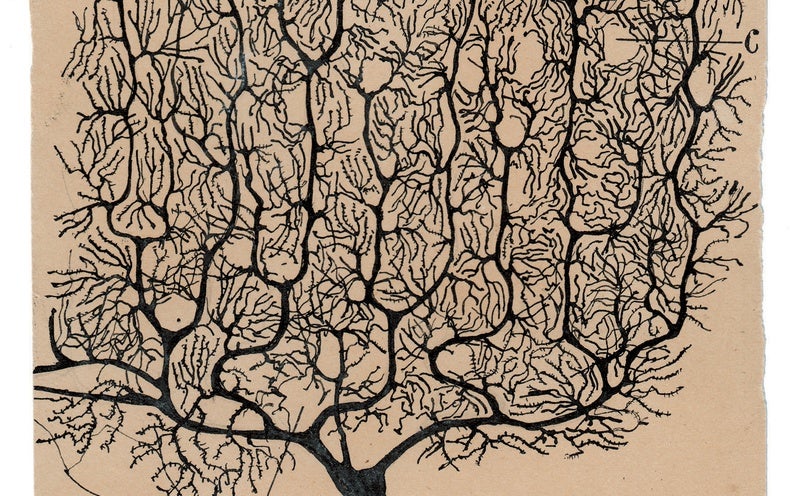 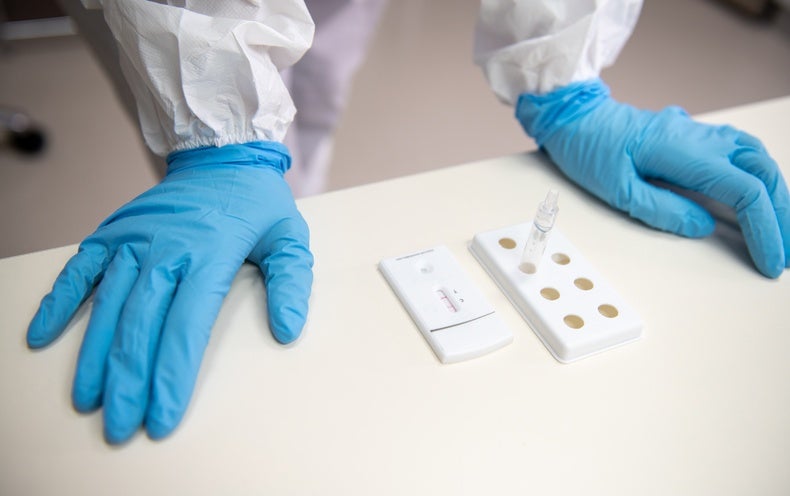 Rapid COVID Tests Are Coming to Stores Near You 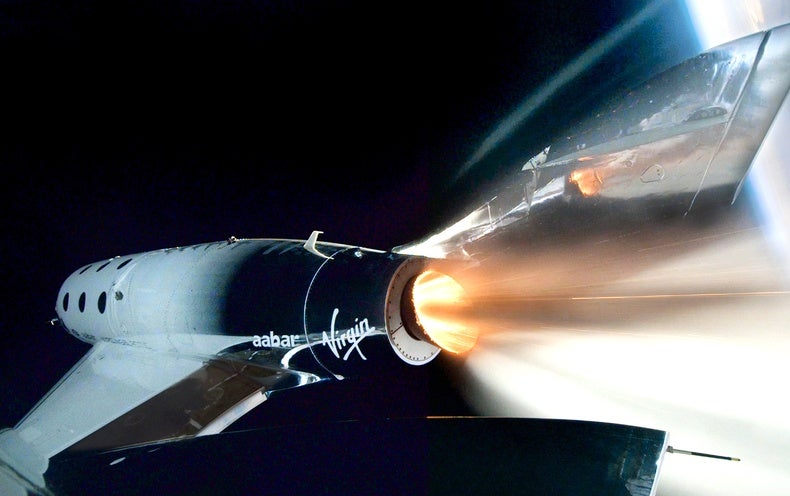