WASHINGTON ― After worse-than-expected election results, House Democrats are searching for someone to blame ― and progressives and moderates seem certain that the other one is the culprit.

When all the ballots are counted, House Democrats will have lost between six and 14 seats, with current projections giving Democrats a 226-209 majority. Although that’s certainly not the worst-case scenario for Democrats, it’s also not what they were expecting.

The Democratic Congressional Campaign Committee and outside pollsters all thought the party would add to its House majority. So it was quite the unwelcome surprise when Democratic lawmakers started losing on election night. And it wasn’t just that members lost. Across the board, most Democrats ended in a closer contest than anticipated.

On a now-infamous conference call two days after the election, moderate Democrats blasted their progressive colleagues for pushing slogans like “defund the police” and ideas like fracking bans. Rep. Abigail Spanberger (D-Va.), who won a tight race, said the No. 1 issue that voters brought up to her was the “defund the police” policy, and she said if Democrats really meant redirecting funds toward other community programs, they should say that.

“And we need to not ever use the word ‘socialist’ or ‘socialism’ ever again,” Spanberger said, according to a recording of the private Democratic caucus call. “Because while people think it doesn’t matter, it does matter. And we lost good members because of that.”

She added that if Democrats were classifying this election as a success, “we are going to get fucking torn apart in 2022.”

Rep. Conor Lamb (D-Pa.), another moderate who had an unexpected scare on Election Day, told HuffPost that Republican attacks on Democrats who want to ban fracking particularly resonated in his district, saying those calls from some in the caucus make Democrats “seem unserious.”

He added that Democrats need to focus on delivering actual results for people, whether it be through lower prescription drug costs or higher wages, and not just on messaging with “the most Twitter-friendly proposal.”

“I don’t think we will beat Trump and the people like him on style. I think we have to beat them on substance,” Lamb said.

To be real, it sounds like you are saying stop pushing for what Black folks want.
Rep. Rashida Tlaib (D-Mich.)

Progressives, meanwhile, had their own issues with moderates.

Rep. Rashida Tlaib (D-Mich.) said she felt like moderates were asking her to be quiet. “To be real, it sounds like you are saying stop pushing for what Black folks want,” Tlaib said, according to a New York Times account of the conference call.

Rep. Pramila Jayapal (D-Wash.), leader of the Progressive Caucus, also took issue with the doom and gloom of some moderates, saying that the election was still a “huge win” for Democrats and that they were able to turn out large numbers of Black, brown and young people.

“Don’t be so quick to blame the members who have been responsible for energizing these groups, who will ultimately save the day in the race for the White House,” Jayapal said on the Nov. 5 call.

That was a perspective other progressives echoed repeatedly ― on and off the conference call.

Rep. Ro Khanna (D-Calif.) told HuffPost this week that “if it weren’t for Black Lives Matter and the George Floyd protests and the activism, Trump would be on his way to a second term.” And he took issue with some moderates trying to erase slogans like “defund the police.”

“You can’t benefit from that activism and that turnout, and then expect to script the language of activism,” Khanna said.

Tlaib told HuffPost on Thursday that her constituents have waited a long time for change and that it would be offensive to the people fighting for that change to dictate how they express their ideas. “Our goal shouldn’t be turning our backs on our base to appeal to conservatives,” she said.

“Maybe I need to put an ‘R’ next to my name for me to really be heard in my own caucus,” Tlaib added.

Rep. Alexandria Ocasio-Cortez (D-N.Y.) has been a vocal critic of the way many moderates ran their campaigns. She’s been a Twitter pundit all week, noting that “almost all” of the Democrats who lost had “awful execution on digital. DURING A PANDEMIC.”

She also criticized the lack of door-knocking, which many Democrats abandoned because of the coronavirus, and said it was a myth that Democrats couldn’t win in tough districts by running on progressive platforms.

We have tried their way repeatedly and lose every single time. Don’t get offended that we don’t want to try it again.
A Democratic strategist

The reality, however, as many Democratic strategists pointed out, is that Democrats have tried running unabashedly liberal candidates in swing districts. It almost never works.

Perhaps the most famous example is Zephyr Teachout.

Teachout ran in 2016 with money, name recognition and an audaciously progressive platform. She lost to Republican John Faso by more than 8 percentage points in an upstate New York district, which then flipped in 2018 to a more moderate Democrat, Rep. Antonio Delgado.

This year, progressives Kara Eastman and Dana Balter ran in swing districts of Nebraska and upstate New York, respectively. In Eastman’s case, Joe Biden won her district, but she lost by nearly 5 points to Republican Don Bacon. In Balter’s case, she lost to vulnerable Republican incumbent John Katko, in a district that the Cook Political Report rates as D+3, though the official margin in the race could be close once all the absentee ballots are counted.

“This isn’t some theoretical or hypothetical debate to be waged on Twitter,” a Democratic strategist told HuffPost. “We have tried their way repeatedly and lose every single time. Don’t get offended that we don’t want to try it again.”

This strategist said the actual problem for the Democratic Party is that its brand has been damaged in a lot of areas where Democrats need to win. “And if we’re just going to continue making ourselves feel better that the majority of Americans are with us, well, too fucking bad,” this strategist said. “We have an Electoral College system. We have a U.S. Senate. That’s how it works in the Constitution.”

Another Democratic strategist, Monica Klein, expressed nearly the same thought, telling HuffPost that the fact that progressive policies poll well, and yet that candidates with those positions often fall short, points to a significant challenge for the progressive movement.

“We can sit around and just be pleased that our facts are better than yours. But we also need to translate that into wins across the country,” she said.

Klein, who is a founder of the progressive group Seneca Strategies, said one of the issues liberals have is fighting the right battles at the wrong time. “There’s a campaign strategy to win, there’s governing, and there’s movements in the streets. And we often conflate all three of them,” she said.

Aligning yourself with AOC is a good way to become a Twitter celebrity. But it’s a bad way to stay a member of Congress.
A moderate Democratic lawmaker

Democratic lawmakers granted anonymity to discuss the quarrel between progressives and moderates were clear that the tension between the two sides wasn’t likely to resolve itself anytime soon.

“There’s a reason AOC was noting how few members actually asked her for help,” this Democrat said. “And the reason is she would do more harm than good in most districts.”

“Aligning yourself with AOC is a good way to become a Twitter celebrity,” the lawmaker added. “But it’s a bad way to stay a member of Congress.”

Another swing-district Democrat said the standoff between moderates and progressives could be a real problem in the upcoming Congress, as the margin between Democrats and Republicans will be so tight that small coalitions could stymie legislation from passing the House. “If we don’t figure this out now, it’s going to tear us apart,” the member said.

I would never tell anybody to sit down and shut up.
Rep. Conor Lamb (D-Pa.)

Lacking in much of the conversation of how Democrats “figure this out” has been a discussion of changing their leadership. House Speaker Nancy Pelosi (D-Calif.), Majority Leader Steny Hoyer (D-Md.) and Majority Whip Jim Clyburn (D-S.C.) are all expected to retain their positions for now, despite the Democratic losses and nearly two decades at the top of the caucus.

Pelosi told Democrats on the conference call last week that they did not win every battle. “But we did win the war,” she said.

However, with a slim and volatile majority, Pelosi could be fighting factions from both ends of her caucus as they try to fashion legislation that can get through a likely GOP-controlled Senate and onto then-President Biden’s desk.

One element in her favor is that, for as much rancor as there is in the Democratic Caucus right now, there’s agreement on a host of issues.

For one, progressives and moderates both stressed to HuffPost that they have shared goals. The lawmakers all want to help people, all want to elect as many Democrats as possible, and all would like to work together to deliver results.

For another, both factions seemed to recognize some legitimacy in the other side’s complaints.

Progressive Rep. Jared Huffman (D-Calif.) told HuffPost that Spanberger ― “even in her caustic, fresh remarks” ― is offering a valid perspective. “But so is AOC and her reminder that a whole bunch of communities of color and progressives turned out and were part of our victory,” he said.

Lamb also felt that liberals had legitimate concerns about ignoring the Democratic base and wanted to be clear that he had great respect for his progressive colleagues.

“I would never tell anybody to sit down and shut up,” he said.

And Tlaib was passionate that Democrats could win through a combination of increased voter contact and an agenda that makes government about people.

“We are equally elected,” Tlaib said. “People want government to really, truly care about them. That is how we come together.”

Daniel Marans contributed to this report. 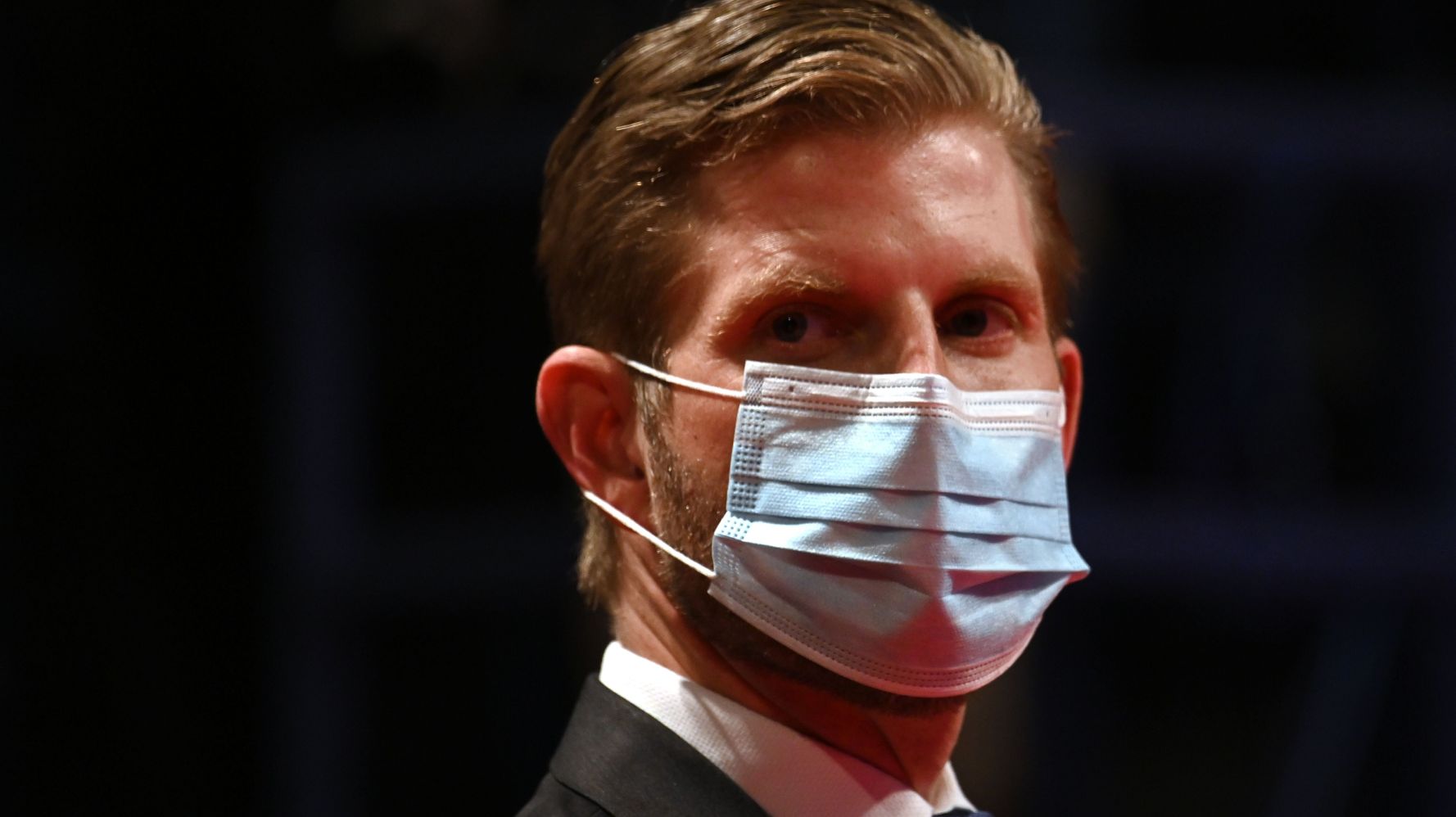 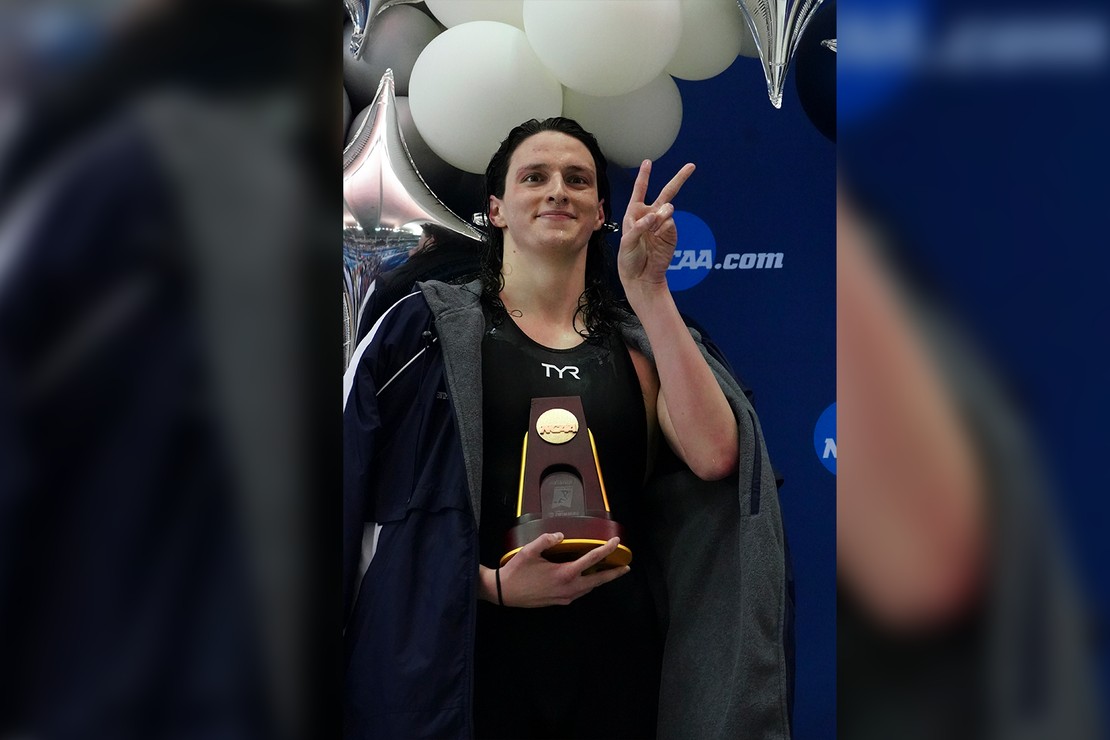