As reported by my RedState colleague Nick Arama here on December 30, Missouri Senator Josh Hawley announced publicly that he would join one or more members of the House of Representatives in making an “Objection” under the “Electoral Vote Act”, 3 United States Code, Section 15, to the counting of electoral votes from states with what Hawley believes are suspect voting results from the November 3 election.

Any such objection, made in writing, where both a member of the House and a Senator join, triggers a procedure where the two chambers of Congress would convene separately and debate the merits of the objection under whatever rules shall be adopted for doing so.  The “EVA” states:

Upon such reading of any such certificate or paper, the President of the Senate shall call for objections, if any. Every objection shall be made in writing, and shall state clearly and concisely, and without argument, the ground thereof, and shall be signed by at least one Senator and one Member of the House of Representatives before the same shall be received. When all objections so made to any vote or paper from a State shall have been received and read, the Senate shall thereupon withdraw, and such objections shall be submitted to the Senate for its decision; and the Speaker of the House of Representatives shall, in like manner, submit such objections to the House of Representatives for its decision; …. the two Houses concurrently may reject the vote or votes when they agree that such vote or votes have not been so regularly given by electors whose appointment has been so certified.

Nothing in this process as laid out by the EVA (which I believe is unconstitutional but that is a different story) prevents Congress from recessing while such objections are under consideration.  That is what Cruz and 10 other Senators have proposed in a statement issued today, with the suggestion that a bipartisan commission of representatives from each chamber conducting some unspecified form of “audit” to review the allegations of fraud or election process irregularities in the “disputed states.”

Sen. Cruz posted a lengthy statement today on his website and identifying 10 other Senators who have committed to joining him in his effort.  Those Senators are:  Johnson (Wisconsin), Lankford (Oklahoma), Daines (Montana), Kennedy (Louisiana), Blackburn (Tennessee), Braun (Indiana), as well as Senators-Elect Lummis (Wyoming), Marshall (Kansas), Hagerty (Tennessee), and Tuberville (Alabama).  All but Johnson come from relatively safe GOP states, and as noted, 4 are newly elected so if there are to be any “adverse” electoral consequences for their actions, it would not come until 2026.

Interestingly, the Statement does not list Hawley among those agreeing. That might be simply because Hawley has already announced his intention — or it could be that Hawley is a bit miffed that Sen. Cruz and the others have come along to the party on this issue 72 hours after he was the first to stick his neck out and defy the Senate Leadership which has tried to snuff-out suggestions that a Senator might join with numerous House members who have said they will make objections.

Clearly at issue in a big way is Sen. Cruz, a likely leading candidate for the 2024 GOP nomination, not wanting to let any other potential challenger — including Sen. Hawley — get between him and Pres. Trump and the MAGA base.  More than any other serious challenger from 2016, Sen. Cruz has done the most to support Pres. Trump notwithstanding the hostility between Pres. Trump and every other GOP candidate in the 2016 primary election contests.  He has been one of Pres. Trump’s strongest advocates on policy issues over the past 4 years and he clearly wants the support of Pres. Trump in 2024 if the President opts to not make an effort to recapture the White House.  Backing the effort to challenge Joe Biden’s victory in a fashion recognized by federal law is almost a necessity for any candidate in 2024 who would seek the support of Donald Trump.

I’m not sure Josh Hawley is really a serious candidate for 2024 — but a lot of experienced Democrat politicians felt that way about Barack Obama in 2004, only to later regret underestimating him later. Ted Cruz isn’t going to make that same mistake.

The statement put out by Cruz does not specify precisely which states the group of 11 are planning to make objections over.  Presumably one will be Arizona since it will be the third state announced during the joint session.  Presumably, another state will be Wisconsin since Senator Johnson is joining the effort and there is a strong case to be made that Wisconsin violated its own election statutes, and rejected legal challenges to those violations on the grounds of “laches”.  The same would be true of Pennsylvania.

In proposing a “Commission”, the Statement refers to the Presidential Election of 1876 between Rutherford Hayes and Samuel Tilden.   That election followed two terms in office by Pres. Ulysses S. Grant, who was elected after the end of the Civil War — after Pres. Johnson who was Vice President when Pres. Lincoln was assassinated.  Pres. Grant oversaw Reconstruction which included large numbers of Union/Federal troops stationed in the former Confederate States.

Hayes was the Republican Gov. of Ohio, and Tilden was the Democrat Gov. of New York.

There was no question that Tilden had won the popular vote, winning New York and sweeping the Southern States. Buy the original vote of the Electoral College had Tilden ahead 184 to 165, with the outcomes in three former Confederate States — Florida, South Carolina, and Louisiana all disputed even though it was widely believed that Tilden won all three.  But each state had a Republican-led state government that refused to send “certified” Electors to the Electoral College reflecting a win by Tilden.  Without those votes, Tilden lacked a majority needed to win, as those states combined to have 20 Electoral Votes, enough to make Hayes the victor.

In the “Compromise of 1877”, an informal agreement was reached by which the Democrats acceded to the awarding of the 20 Electoral Votes to Hayes in exchange for an agreement that he would withdraw federal troops from the Southern States, and end certain aspects of “Reconstruction” — many of which were aimed at protecting the rights of freed slaves.  For the Republicans, removal of the federal troops was thought to be necessary in order to preserve the Republican-led state governments in Florida, Louisiana, and South Carolina.

In the end, the Republican members of the Commission outnumbered the Democrat members 8-7, and the final vote on the “Compromise” was along party lines.  But the House and Senate went along with the Commission’s decision, Hayes was awarded the 20 disputed electoral votes, and prevailed over Tilden 185-184 in the Electoral College.

I do not think there is any conceivable set of circumstances by which the Democrats in the House would ever agree to any outcome of such a Commission-led effort that resulted in a second term for Pres. Trump.  The fact that the announcement today doesn’t include any details about how the commission would be constituted or what it’s goals would be, in addition to the lack of specificity as to what states would be “audited”, is a pretty strong indicator that this is not an effort intended to lead to the same outcome as 1876.

But, from a historical perspective, it seems to be a debate worth having.  Let’s hear the Democrat Senators — if they dare — try to justify the conduct of their state-level colleagues and some of the decision-making surrounding the election.  This is a necessary debate to have for purposes of changing election laws at the state level where the GOP has the political ability to do so and to prepare to pass federal election standards for the conduct of state elections to federal offices.

It will be a great loss to the Country if Sen. Majority Leader McConnell follows through with the suggestion made by others that the Senate not broadcast the debate over the Objections.

Allegations Against Weaver Puts More Attention on Old Lincoln Project Tweet, and Karl Rove Speaks on When He Knew 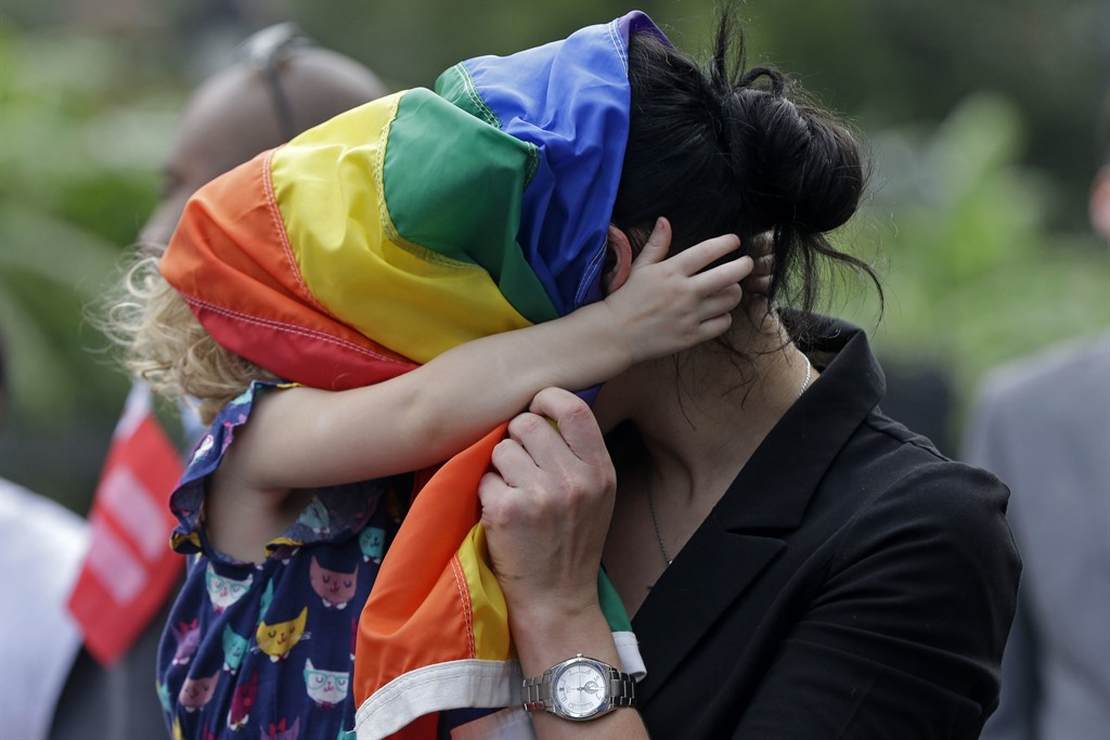 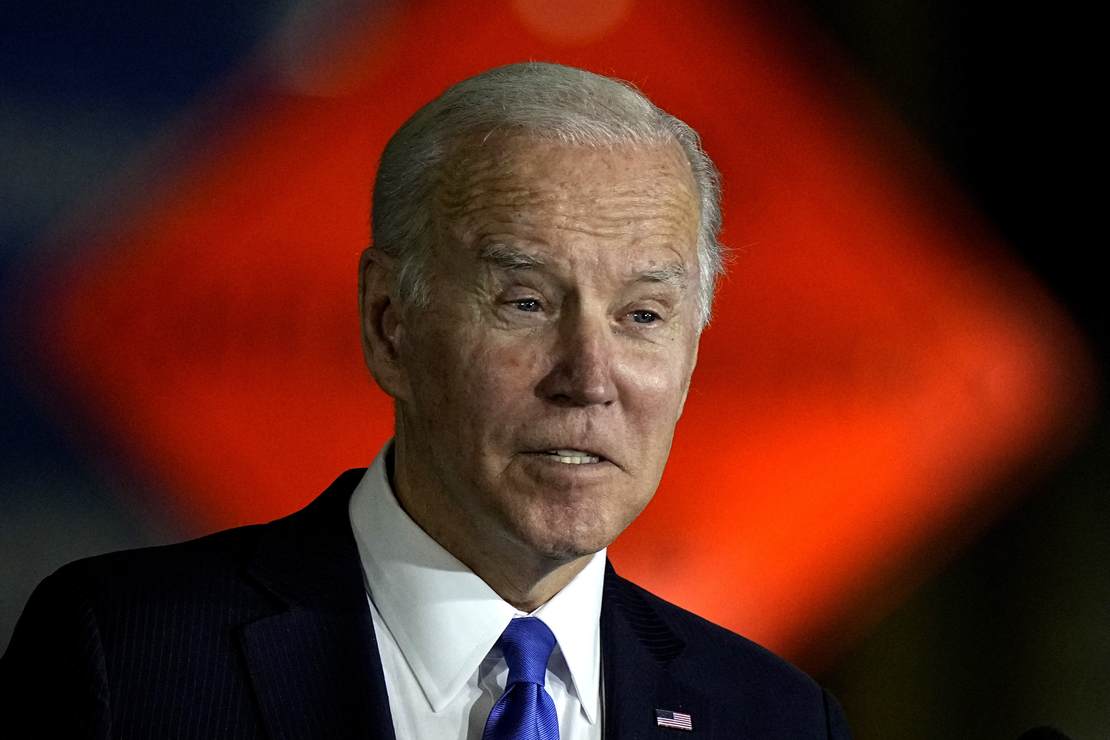 After a Year of Biden, Shocking Number of Americans Think Country Is on ‘Wrong Track’