The “modern” Democrat Party has, through the years, with few exceptions, been able to fight like cats and dogs throughout various time periods and primaries, yet close ranks and unite—if only superficially—behind a presidential nominee. The Republican Party has, also with few exceptions, not demonstrated the same level of resolve and determination.

Three recent periods illustrate this reality for the GOP:

Within the party itself, there exist Trump antagonists and Trump loyalists. This is not uncommon with any political party. However, while the depths of discord between the equally-committed Trump factions has ebbed and flowed over the last more than six years, make no mistake: The animus remains.

And it will grow in intensity as the primary season begins — whether Trump ends up getting challenged for the nomination or runs unchallenged.

So, the obvious question: Can — as in is it capable of — the Republican Party set aside differences and close ranks long enough to secure a win in the 2024 presidential election, regardless of the party’s nominee? I have my doubts. I hope like hell I’m wrong.

The answer lies, as we “speak,” with two main issues, moving forward:

One or both of the above issues could of course change between now and 2024; as the idiom suggests, a week is a long time in politics. That said, the underlying issues are likely to remain the same. And I suspect they will intensify, in lieu of a “peace treaty,” as it were.

As it relates to 2020, note what I said in the third paragraph: “set aside differences and close ranks long enough…” While those in the party who believe the 2020 election was “stolen” are not going to stop believing it, and those who believe the election wasn’t stolen are not going to have a change of heart either, if there were ever a time to pull a page out of the Democrat “wagon-circling” playbook, that time is now.

What does matter, as laid out in a single commenter in the comment section of a recent Wall Street Journal op-ed titled “The Republican Party’s Exhausting Obsession” (subtitled: “To rescue the country, Trump supporters need to refocus on rescuing the country from the left”) is the following.

This reader voted twice for Mr. Trump. I don’t regret my votes. What I do regret and decry is the abject refusal of so many Trump voters to acknowledge reality: Mr. Trump lost.

It’s way past time for Trump supporters to get over the election and focus on rescuing the country from the left, the woke, the identity-politics crowd, from liberal Big Tech, from all that ails our country.

That won’t happen if the GOP is hobbled by voters fixated on imaginary fraud in the last presidential election. In the forthcoming midterm elections, the country cannot afford more Georgias.

I’m that guy. I don’t mean I posted the comment, but I could have. The dude could not be more right.

Incidentally, the commenter’s “Georgia” reference pertained to Trump summarily dismissing two 2020 Georgia U.S. Senate runoff elections, in butthurt fashion, as “both illegal and invalid.” Regardless, both Republicans went on to lose, flipping control of the Senate back to the Democrat Party — with Kamala Harris as the tiebreak vote. Pretty effective for “illegal” and invalid.”

Being the anticipatory sort I am, I’m confident we’ll see the “Hell, yes — relitigating 2020 in 2024 is necessary in order to assure the validity of future elections” argument. Respectfully, no. Relitigating 2020 would only serve to alienate more potential GOP voters than the party can afford to lose. If changes to election laws, ballot box integrity, et al. are to be made, let that be the case — but the GOP primary and general election should not be dominated by and dragged down by looking out the rear window.

That is my view. Unlike the view of the crazy commenter on my Facebook page who called me a “stupid leftist” — leading me, of course, to damn near spitting cold brew all over my screen.

As Russia continues its brutal assault on Ukraine, “conservatives” are split into two basic factions. One faction condemns Putin and Russia out of hand, while the other all but blames Ukraine — or at least, attempts to minimize Putin’s actions. As noted by the New York Times, two Ohioans running for a Senate seat in 2022 illustrate the two factions.

In one corner, we have J.D. Vance, author of “Hillbilly Elegy.” In the other corner is Jane Timken, a former state party chair who represents the closest thing in the race to an establishment candidate. Via NY Times:

Timken has run a campaign focused on inflation, immigration, “parents’ rights” and crime. On Ukraine, she put out a statement Monday that was perfectly in tune with the Senate Republicans she hopes to join: supporting Ukraine’s sovereignty and calling for sanctions on Russia, while condemning Biden for what she called “weak and feckless leadership.”

But Vance, a Yale Law School graduate who served in the Marines in Iraq before becoming a venture capitalist, staked out a wildly different position. “I don’t really care what happens to Ukraine one way or another,” Vance said in a recent podcast interview.

“I don’t really care what happens to Ukraine one way or the other.” Interesting take. Do you share it? It has been vociferously debated — including on RedState — with Fox News host Tucker Carlson as the lightning rod of the Russia-Ukraine Republican throw-down. While Tucker apologists insist critics have taken his comments “out of context,” others see his rhetoric as clearly anti-Ukraine:

You can’t say it enough, Ukraine is not a democracy. […] In American terms, you would call Ukraine a tyranny.

Let’s assume for a nanosecond that every word in that statement is correct. What was the point? What purpose did it serve, other than to further fan the flames between those standing in support of Ukraine and those who continue to ride the “Well, it’s not like Putin attacked us, or anything” train?

And here’s where this goes off the rails: The sane among those who disagree with Tucker’s daily rhetoric are not suggesting we send troops into Ukraine or missiles into Russia, but rather that “we” stop bashing Ukraine at a very difficult time for a country that is fearlessly and tirelessly defending its land from a much larger foreign invader hellbent on swallowing it up — or destroying it.

We’re talking about strident differences of opinion here, for sure. But the question remains the same: Can Republican voters with diametrically opposed views set their differing views aside long enough to kick Biden the hell out of the White House, given that he decides to seek re-election, or whomever the 2024 Democrat nominee might be?

I cannot answer that question. But I can say, with a high degree of certainty, that a divided GOP in 2024 would play directly into the Democrat Party’s hands. Bigly. Why? Because a divided Republican electorate would generate more Democrat votes? No. Because disinterested or disgusted voters often stay home.

This is simple. And it is correct. The Republican effort to recapture the White House in 2024 will not be afforded the luxury of surviving Trump factions continuing to do as much or battle with each other as with the Democrat Party we hope to kick to the curb.

Will that reality stop it from occurring? Oh hell, no.

Moreover, the Democrat Party is eagerly counting on it continuing.

If OBJ didn’t work out in Cleveland, don’t expect Amari Cooper to either 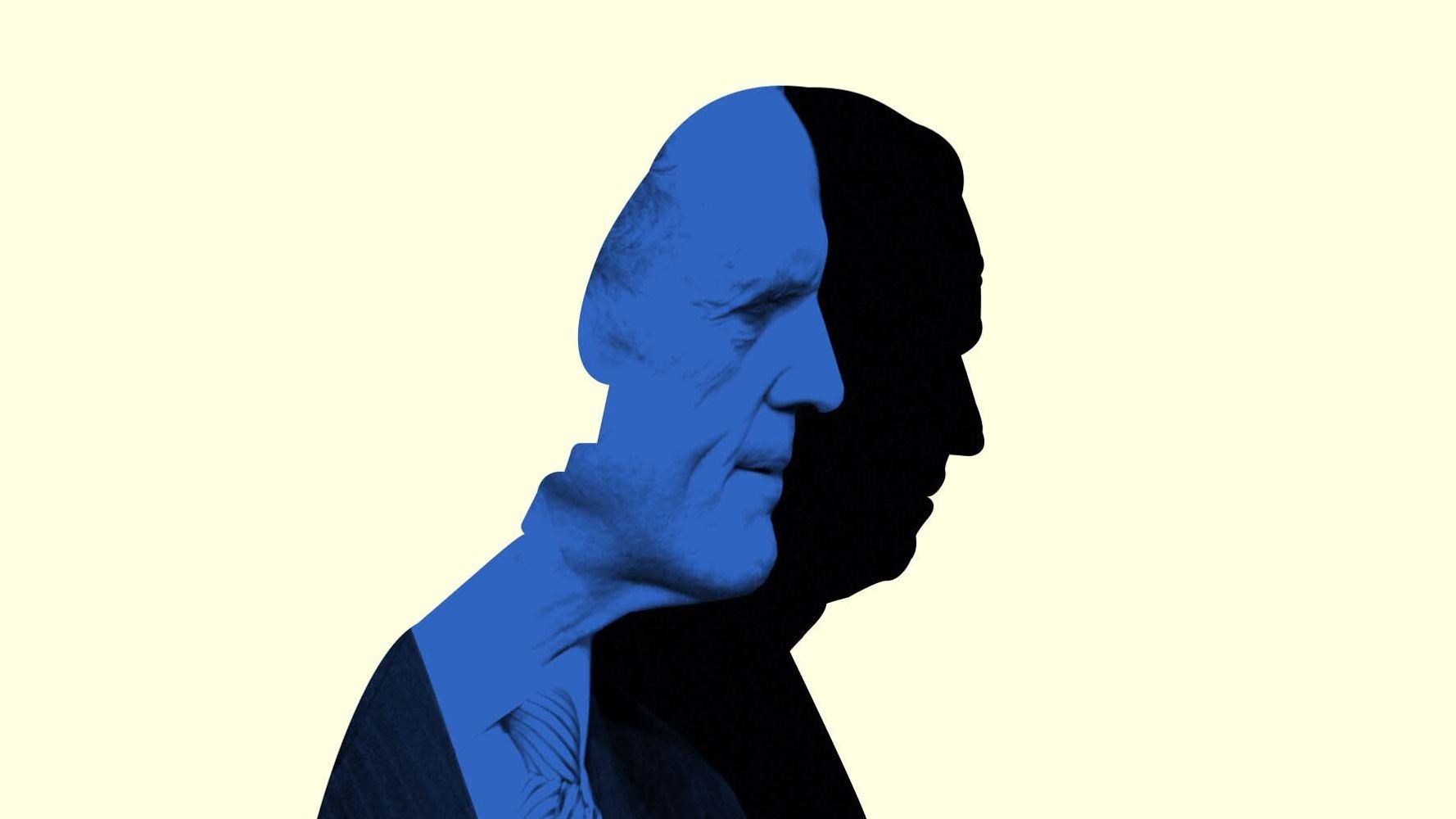 Report: Hollywood May Expel Trump From the Actors Union 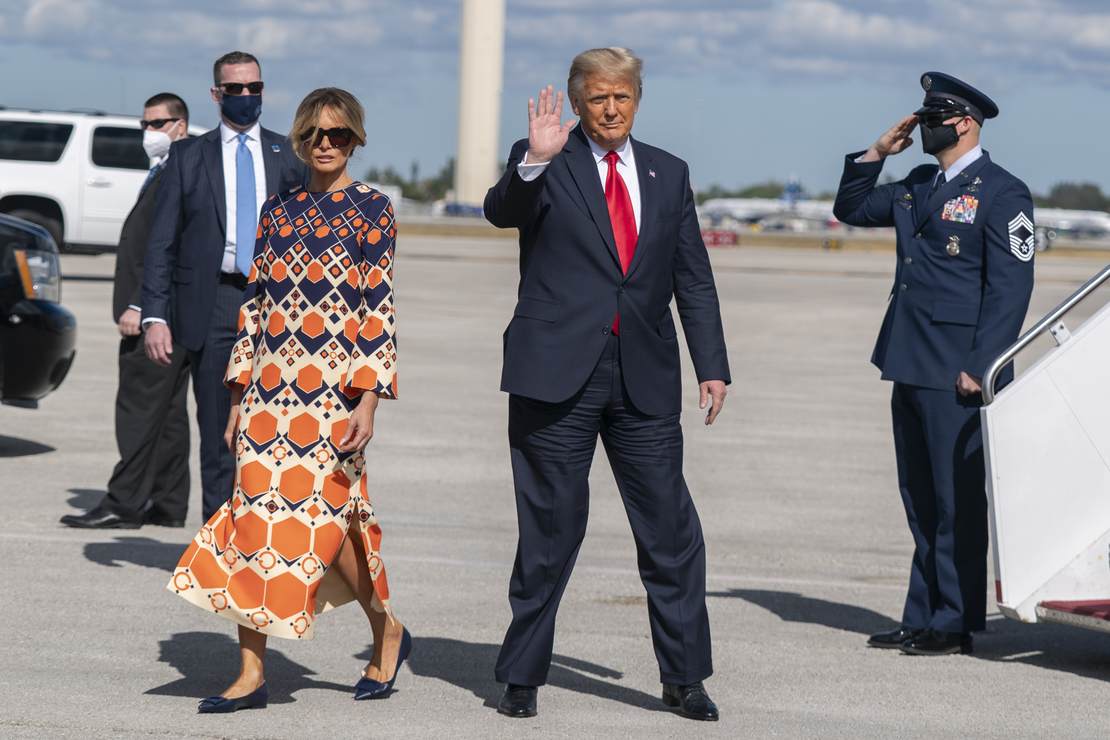 Trump on Why He Is Speaking out as an Ex President, ‘They Are Destroying Our Country’