Glenn Youngkin, a former CEO and Christian conservative who campaigned as a political outsider, on Monday night secured the Republican nomination for Virginia governor and will face off against Democrat Terry McAuliffe in the November election.

Youngkin formally declared victory after fellow businessman Pete Snyder conceded after a day of ballot counting that began with five top GOP challengers before being whittled down.

Back in March, Democrat media operative POLITICO tried to derail Youngkin’s candidacy by supposedly uncovering a non-scandal among the Republican Party ranks:

On Wednesday, a video was released that captured a door-knocker approaching the home of a voter and identifying herself as working on behalf of the state party. But when pressed further, the canvasser says she works for Vanguard Field Strategies, an affiliate of Axiom Strategies, a prominent political consulting firm that is working for Youngkin.

“I’m calling for a full and thorough investigation by the Republican Party of Virginia to determine the extent of the fraud that was perpetuated by the Youngkin campaign contractors at Vanguard Field Strategies and Axiom Strategies.

“Unfortunately, we do not know the extent of the fraud exposed this week,” adds Kurtz, who sits on the party’s central committee and is supportive of another Republican candidate, Pete Snyder. He added that the Youngkin campaign has “failed to address the fraud, the lies, and the fact that we don’t know the extent of this abuse of trust.”

This appears to have not cut into Youngkin’s momentum, as he came out the victor. Youngkin edged out fellow outsider and tech entrepreneur Pete Synder, as well as Sen. Amanda Chase, Republican Delegate Kirk Cox, and Pentagon official Sergio de la Peña.

I am prepared to lead, excited to serve and profoundly humbled by the trust the people have placed in me. Virginians have made it clear that they are ready for a political outsider with proven business experience to bring real change in Richmond.

Youngkin received the MAGA stamp of approval from President Donald J. Trump, and has also been endorsed by Sen. Ted Cruz. Youngkin’s defining qualities are that he is youthful and energetic, a businessman rather than a politician, and that he comes off as just a regular guy who wants to lead.

More of him all over the country, please.

“Friend of Bill and Hill” and former VA Governor Terry McAuliffe is already on the offensive, painting Youngkin with the tired, hackneyed Democrat talking points of the “Big Lie” and Insurrectionist.

Let me introduce you to Glenn Youngkin: Glenn’s a Ted Cruz and Corey Stewart-endorsed, self-funding, Big Lie believing Trump loyalist who’ll stop at nothing to advance the GOP’s extreme agenda.

What he’s definitely not? The next Governor of Virginia. I’ll make sure of that.

EA Play Live Dates Revealed For After E3 2021 In July 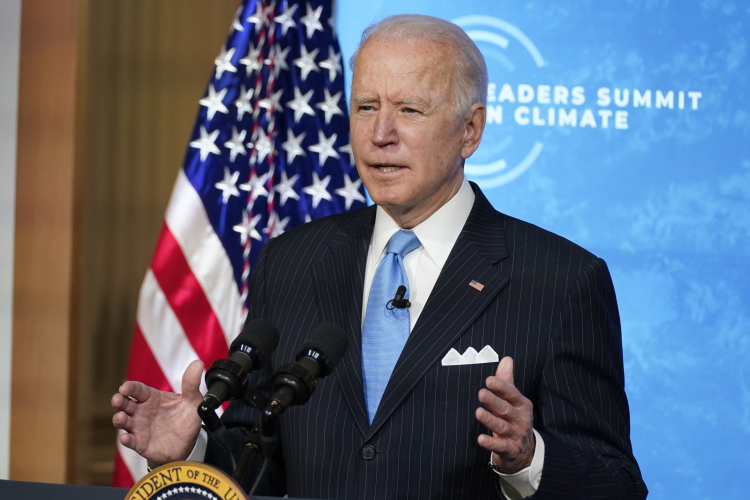 Biden Claims Nothing Men Can Do That Women Can’t Do Better, Ted Cruz Levels Him With a Terrific Question