In 2001, the Senate was evenly divided at 50-50, with Vice President Dick Cheney’s tie-breaking vote giving Republicans control. But in the spring, the White House and Senate Republicans thwarted Vermont Sen. Jim Jeffords’ attempt to fund education programs for children with disabilities. The most moderate member of the Republican caucus was so enraged he quit the party and handed control of the chamber to the Democrats.

In 1962, President John F. Kennedy was struggling to convince his party’s conservative members to support his bill establishing the Medicare program, especially Rep. Wilbur Mills of Arkansas, who chaired the committee that the bill had to clear. So Kennedy tried to apply public pressure with a May speech at New York’s Madison Square Garden, in conjunction with 45 other rallies in cities across the country. But, according to historian Julian E. Zelizer, the bully pulpit ploy “just annoyed [Mills] and made him dig in even more.” Kennedy congressional liaison Larry O’Brien lamented, “To get a vote on Medicare in the House, we had to persuade Mills, and you don’t persuade Mills with a rally in Madison Square Garden.” Despite lacking support from Mills’ committee, or the equivalent Senate committee, in July the bill was rushed to the Senate floor by the majority leader. He didn’t have to worry about a filibuster, and he thought he had 50 votes in hand, but ended up two votes short.

These episodes come to mind after Sen. Joe Manchin of West Virginia, the most moderate Democratic member in today’s 50-50 Senate, lashed out Friday at Vice President Kamala Harris. The previous day, Harris made an appearance on a West Virginia TV news show promoting President Biden’s $1.9 trillion pandemic relief package. While she didn’t mention Manchin’s name, the appearance looked like an attempt to pull him away from bipartisan negotiations and pressure him to support passage of the Biden plan. (Harris also appeared on a news show in Arizona, which is represented in the Senate by two moderates, Kyrsten Sinema and Mark Kelly.)

Manchin said of the Harris interview, “I saw it. I couldn’t believe it. No one called me.” He then insisted, “We’re going to try to find a bipartisan pathway forward. I think we need to. But we need to work together. That’s not a way of working together, what was done.” And he reiterated his earlier skepticism of the near-universal $1,400 checks in Biden’s plan: “We want to help everybody that needs help. But if a person is making $250,000 or $300,000, I don’t think they’re in as much need as a person making 40 or 50 [thousand]. … We’re going to target it.”

Manchin said all of this a few days before Democrats take the first step for a bill that would be passed by budget reconciliation, which is a procedurally complicated route that disallows use of the filibuster, effectively lowering the threshold for passage from 60 votes to 50. Since the reconciliation bill drafting process would take several weeks, there’s time for Manchin’s bipartisan group of 16 senators to strike a deal among themselves and try to bend the White House and the rest of Congress their way – as a similar group did to pass December’s pandemic relief bill.

Other Democratic caucus members in Manchin’s group are Sens. Mark Warner (Va.), Dick Durbin (Ill.)  Jeanne Shaheen (N.H.) Angus King (Maine), Maggie Hassan (N.H.) John Hickenlooper (Colo.) and Kelly. While it’s not clear if they will all act as a bloc to reduce the size of Biden’s proposal, King has said of the $1.9 trillion cost, “This isn’t monopoly money.”

Plenty of Democrats are skeptical that the bipartisan talks will go anywhere, and they may assume that Manchin and the other Democrats in his group wouldn’t dare block a bill designed to tackle a devastating health and economic crisis. But Manchin’s interview is a reminder that assumptions can be dangerous things. If Manchin won’t vote for Biden’s proposal, then the proposal will not pass unless it is changed to Manchin’s satisfaction.

Any individual Democrat in a 50-50 Senate could potentially throw his or her weight around, but Manchin is one of the few Democrats representing a deep red state and who has little obligation to remain a Democrat. The Jeffords case is a cold reminder: squeeze your most moderate senator too hard and that senator can squeeze back harder.

A disrespected Manchin could become a Republican, or an independent who caucuses with Republicans. He could toggle back and forth between the parties over the course of the next two years, depending on how he is treated. Or he could just quit.

Although Manchin puts Democrats in a delicate spot, they need not abandon the reconciliation option. In fact, the prospect of Democrats going it alone to pass what may well become very popular relief legislation creates an incentive for Republicans to cooperate, and claim some of the credit. And that may give Manchin useful leverage. Just as he is sending warning signs to Democrats about the size and scope of the package, he might also warn Republicans that if they are too obstinate, he will vote for a partisan bill and leave them out in the political cold.

But Democrats have to also be careful not to go too far out on the reconciliation limb without having 50 votes in hand. Barreling ahead without heeding the concerns of Manchin and any others could lead to an embarrassing episode, such as when Kennedy’s Medicare bill flopped in the Senate, or when Donald Trump’s attempt to repeal the Affordable Care Act via reconciliation met John McCain’s thumbs down.

Senate Majority Leader Chuck Schumer probably knows enough about counting votes to avoid such a debacle on the floor. But once you start the reconciliation process, not finishing it is its own embarrassment. If Democrats can’t agree among themselves, the public would question their capacity to govern.

From the Democratic perspective, failure is not an option. Either Manchin and his crew find other cooperative Republicans for a compromise package. Or they work to forge a compromise among their fellow Democrats. But no matter what, ultimate success runs through Manchin. Squeeze him at your own risk.

Hoover Poll: Amid Our Divides, Is Unity Attainable? | RealClearPolitics 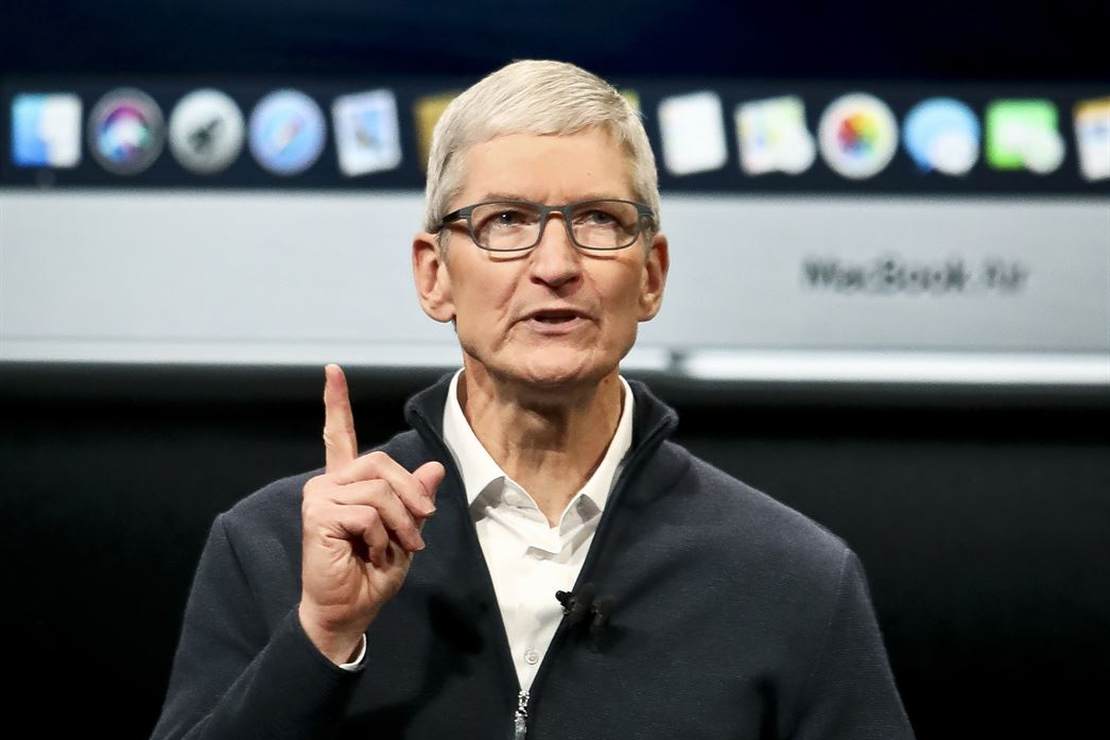 Apple’s Tim Cook Just Comes Right Out and Says It About Canceling Parler: ‘We Don’t Consider That Free Speech’ 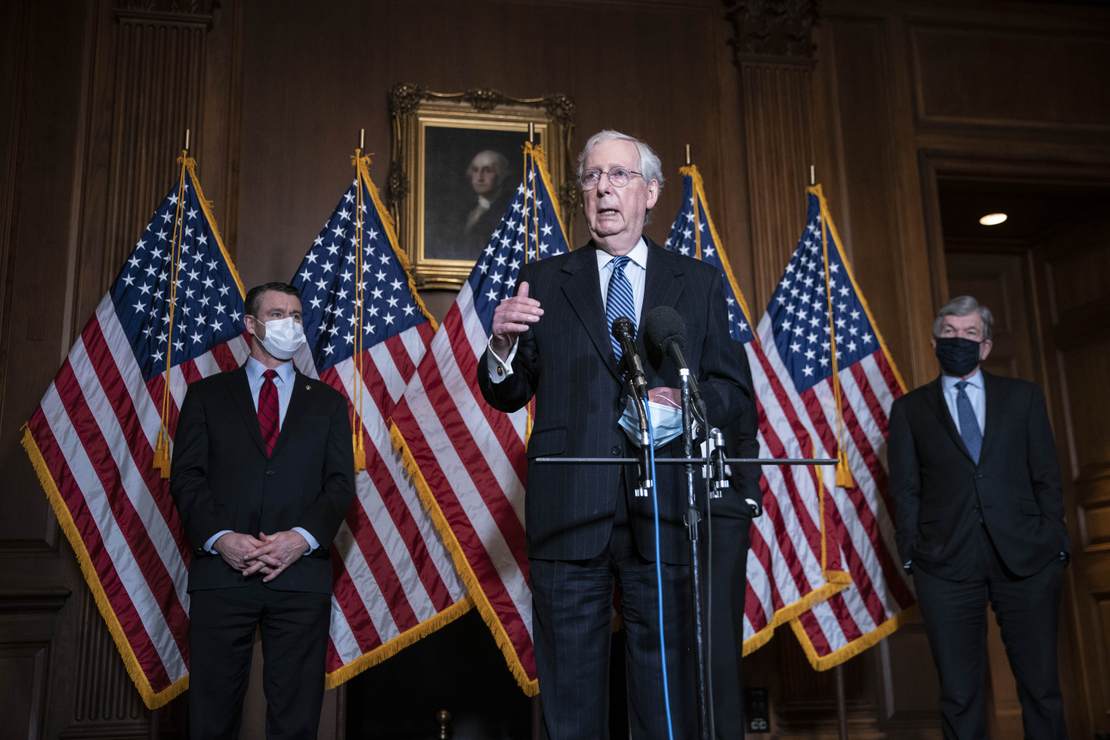 McConnell Counters Pelosi With His Own Virus Bill, With Voter Fraud, Section 230 Provisions 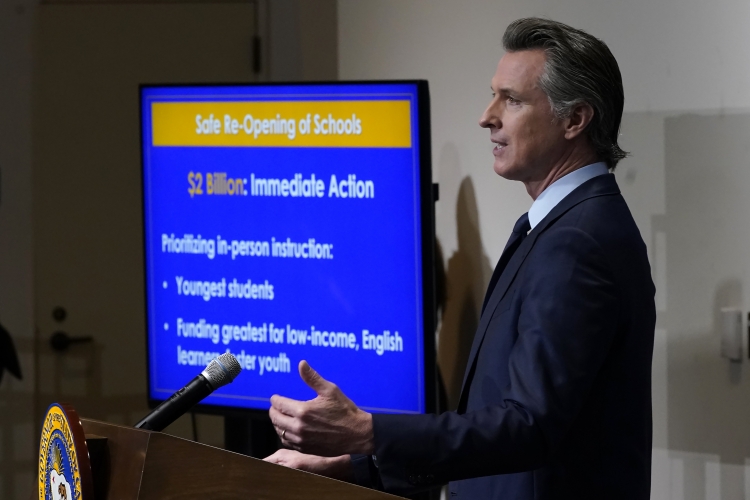 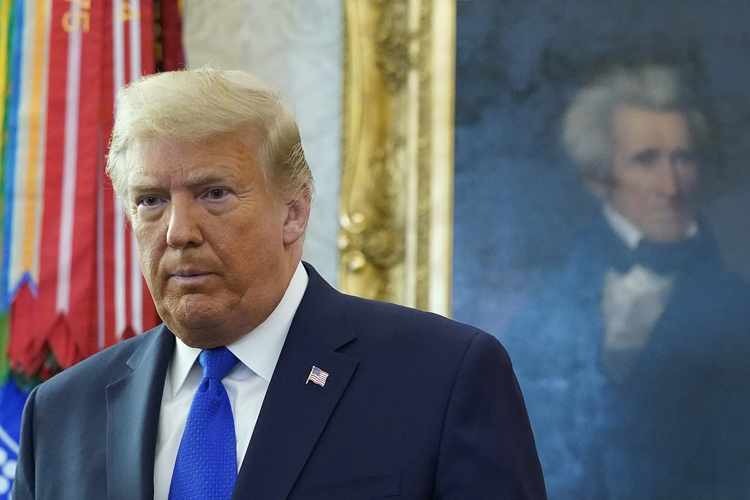