U.S. Lawmakers and veterans trying to evacuate 143 stranded Americans and many Afghan allies are growing  increasingly frustrated with the lack of action by the Biden administration, which is insisting the Taliban’s efforts to block flights from leaving the country is not a “hostage” crisis – that the militant group controlling Afghanistan simply wants the proper documents from those seeking to leave.

Nonprofits working to evacuate those left behind after the Aug. 31 exit of all U.S. troops have been waiting for more than a week with six chartered planes at Mazar-i-Sharif in northern Afghanistan ready to depart the country. But those aircraft have remained on the ground first as State Department officials put up roadblocks and then as the Taliban issued demands, sources with first-hand information have told RealClearPolitics.

Those organizing and funding the effort include the Nazarene Fund, a U.S. group dedicated to assisting Christians and other persecuted religious minorities in the Middle East, as well as Ascend, a U.S.-based women’s leadership organization that had worked in Afghanistan to empower young women through athletic training.

“Day 8 and our @afghan_ascend girls are stranded at #Mazar-e-Sharif,” Paul Stern, a former Justice Department attorney serving as general counsel to the Nazarene Fund, tweeted Tuesday morning, adding the Twitter handle used by Democratic Sen. Richard Blumenthal of Connecticut. “They fought for women’s rights and are at risk because of it. These planes need to take off now.”

Blumenthal issued a harsh rebuke of the Biden administration this week, saying he is “deeply frustrated, even furious at our government’s delay and inaction” in helping the planes leave.

“There will be plenty of time to seek accountability for the inexcusable bureaucratic red tape that stranded so many of our Afghan allies,” added Blumenthal. “For now, my singular focus remains getting these planes in the air and safely to our airbase in Doha, where they have already been cleared to land.”

A State Department spokesperson Tuesday afternoon told RCP that U.S. government officials have identified “a small number of Americans who we believe are seeking to depart from Mazar-e-Sharif with their families.”

“We have been assured that all Americans and Afghan citizens with valid travel documents will be allowed to leave and [we] intend to hold the Taliban to that commitment,” the spokesperson said, stressing that the department is “unaware of anyone behind held in aircraft or any hostage-life situation” at the airport in northern Afghanistan.

Instead of spending time disputing whether the grounded flights amount to a hostage crisis, the private groups would like more effort out of the State Department identifying Afghans who have applied for Special Immigrant Visa, or SIV, status and don’t have the documents proving their roles in helping the U.S. Many Afghans desperately wanting to leave aren’t carrying their documents either out of fear they will be searched by the Taliban and killed for having helped Americans — or because they never received proof from the U.S. government that they had applied.

“They want people only with passports to leave, but unfortunately many of the folks are with their families, and you have one passport holder and a bunch of family members – and others that have applied for SIV visa status that have not been cleared by the State Department and have been waiting 14, 16 months with no answer whatsoever,” said a source with direct knowledge of the situation playing out.

Secretary of State Antony Blinken, speaking in Doha Tuesday morning, said U.S. officials are “not aware of anyone being held on aircraft or any hostage-like situation Mazar-i-Sharif.” He did not acknowledge that Americans and Afghans slated to leave on the planes are staying in nearby hotels until they get clearance to board the aircraft, a fact widely reported over the past several days.

Blinken said the Taliban has “assured” U.S. officials that “all American citizens and Afghan citizens with valid travel documents will be allowed to leave” but that that U.S. officials cannot determine the accuracy of the identities of the evacuees, the flight plans or the “aviation security protocols.”

The problem, he said, is that U.S. passport and green-card holders are grouped together with Afghans who don’t have what the Taliban considers the proper travel documents. Those familiar with the impasse say the State Department has rebuffed their offers to provide the documents to evacuees who lack them, as well as provide the names and ID cards of Afghans claiming SIV status so they can run the information through State Department databases of those who have applied for the special status.

Some of those State Department databases may have been destroyed when U.S. officials shut down the embassy in Kabul, but it’s unclear whether the agency kept a digital back-up system.

The State Department did not respond to an RCP inquiry about the SIV applicant databases and how thorough or complete they are. During his Tuesday remarks, Blinken said the Trump administration stalled the SIV program and there were only 17,000 Afghans in the “pipeline” at the beginning of the year, but he and other Biden officials “worked aggressively” to process far more applicants starting in February.

At the time, President Biden issued one of the first executive orders of his tenure to reboot the SIV program, quadrupling the number of staff working on applications in the spring and assigning 50 more people to process them.

“And despite COVID … [which] really put a dent in operations in the June and early July period, we went from issuing about a hundred visas a week to nearly a thousand a week by August,” Blinken said Tuesday. “And we cut the time in processing the applications for SIVs in half.”

If that’s the case, the State Department should have records of all SIV applicants, critics assert. Those involved in trying to evacuate the group of Americans and Afghans say they are cross-checking the names of the would-be passengers against terror watch lists and performing other criminal background checks, as well as providing their names and any identifying documents to the state and defense departments to check.

They assert that only an estimated 10% of people the U.S. government evacuated before the Aug. 31 exit deadline were passport-holding Americans or Afghans with documents proving their SIV status. The rest, the vast majority of the estimated 118,000 Afghans the U.S. military evacuated, were granted instant parole status as a blanket way to admit at-risk Afghans to the United States by considering humanitarian concerns or reasons benefiting the U.S. national interest. Normally, getting SIV status can take 18 to 24 months.

During the Tuesday press conference, Blinken admitted that the U.S. government is vetting the tens of thousands of Afghans now housed on U.S. bases on “the back end” because of an “effort to get as many people out as fast as we can while we had the [Kabul] airport functioning” before the Aug. 31 deadline.

That relaxed U.S. vetting has human rights activists questioning why Blinken is now caving to Taliban demands that only those with proper travel documents will be allowed to leave the country.

“The Taliban said those with ‘proper documentation’ can leave. Who decides what’s proper documentation?” asked Nina Shea, an international human rights lawyer who directs the Center for Religious Freedom at the conservative Hudson Institute. “Everyone is telling Afghans who had any role in helping Americans to get rid of documents showing that they worked for the U.S. government after reports that the Taliban is shooting people on the spot with U.S. phone numbers in their cellphones. Carrying the documents could be a death sentence for them.”

Shea also took issue with the State Department portrayal of  talks with the Taliban as anything other than negotiations over hostages, with the Taliban upping their demands for documents and big payments from the U.S.

Former Force Reconnaissance Marine Chad Robichaux told RCP that many of the American citizens now waiting to leave Afghanistan on the private chartered planes were rejected by U.S. authorities at the Kabul airport before the exit deadline.

Robichaux, through Save Our Allies, a coalition of military veterans and former special operators he helped found, said the private group had helped get 12,000 Afghans, including  nearly 30 U.S. citizens, out of the country since mid-August. Robichaux, who initially was motivated to help save his own interpreter, said the group conducted much more thorough vetting of the Afghans they were ferrying out of the country than he personally saw the U.S. military providing.

“The U.S. military and State Department officials operating at the Kabul airport pretty much did … a pat-down for weapons and explosives and put them on planes, but there was no processing or vetting,” he said in an interview.

Robichaux also describes the extraordinary assistance his groups received from the United Arab Emirates to help the private evacuation efforts – as well as extensive help from another country, which provided thousands of empty hotel rooms to house evacuees. RCP is not naming the nation out of security concerns for those evacuated there. In one instance, Robichaux said Save Our Allies purposefully did not alert State Department officials to flights leaving Afghanistan so they wouldn’t step in to try to stop the evacuation.

Both Blinken and White House press secretary Jen Psaki, who several days ago rejected the notion that the U.S. was leaving Americans “stranded” in Afghanistan, on Tuesday insisted that the situation in Mazar-i-Sharif did not amount to a full-blown hostage crisis.

“That is not what we would characterize it as,” Psaki told reporters traveling with Biden on his trip Tuesday to survey Hurricane Ida damage in the Northeast. “… So let me be clear. We’re in touch with Americans. We’re working to get them out. There are four who were able to depart overland. Our secretary of state is in Qatar right now working on a range of options, including getting flights up and operational and going.”

Other prominent players involved in the private evacuation efforts are accusing the State Department of thwarting, not assisting, private evacuation efforts. Rep. Markwayne Mullin, an Oklahoma Republican, told Fox News Tuesday afternoon that he suggested the State Department negotiate with the Taliban for the release of at least one plane out of the six waiting to depart made up of only passport-holding American citizens and those with verified SIV documents.

Mullin said he personally told U.S. officials that he would provide all of the passports and documentation and State still wouldn’t agree. Separately, Mullin and others earlier Tuesday accused the department of trying to take credit for the escape over the weekend of four family members, American citizens from Texas, even though they said agency officials played little role in the rescue, which was conducted by a private team of military veterans funded in part by the Sentinel Foundation.

In fact, Mullin said, the State Department was telling its embassy staff before they left Aug. 31 not to help with the family’s evacuation through the Kabul airport, which is why the vets switched gears and planned an overland escape.

Mullin and several other members of Congress believe that the State Department is blocking safe passage for Americans and Afghans who helped them there over the last two decades in an attempt to pressure the international community — including the United States — to drop sanctions against the Taliban and recognize the government as legitimate.

The U.N. Times reported Tuesday that the newly announced government is made up of six top officials who are under severe international sanctions, including acting Prime Minister Muhammad Hassan Akhund and acting Deputy Prime Minister Abdul Ghani Baradar.

Lessons From the Ivermectin Debacle

Joe Rogan On His COVID Experience, Media's Ivermectin Claims: "Bro, Do I Have To Sue CNN?"

CNN Brian Stelter Goes Just a Little Too Far Trying to Sell the Border Narrative, Gets a Schooling by ABC’s Jon Karl

Tucker Carlson Delivers a Hilarious, and then Deadly Serious Response to Biden’s Speech 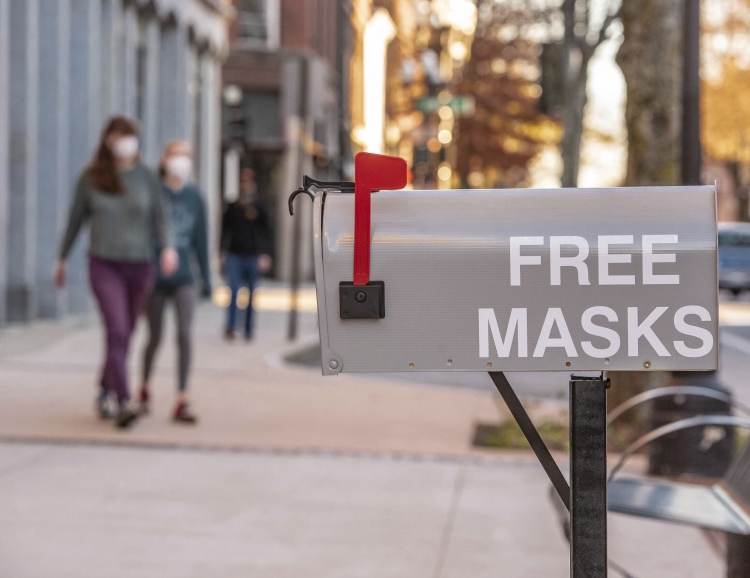 Will the Truth on COVID Restrictions Really Prevail? | RealClearPolitics 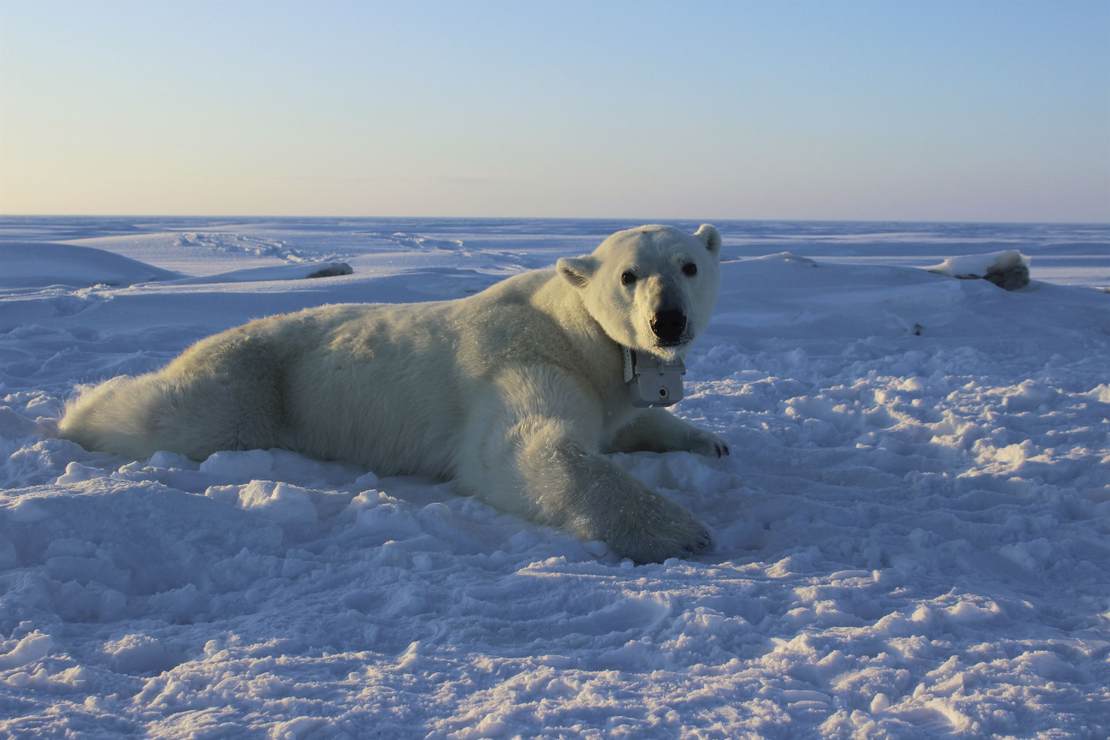