Joe Biden finally turned up the heat on climate change.

At his final presidential debate Thursday night, the Democratic nominee leaned into the issue on which polls show he’s most handily outmatching President Donald Trump, a fossil fuel hard-liner who has stubbornly clung to conspiracies and pseudoscience in the face of mounting climate disasters.

“Global warming is an existential threat to humanity,” Biden said. “We have a moral obligation to deal with it.”

Trump deployed a familiar playbook. Citing a narrow metric of greenhouse gas decline, he claimed the United States made significant progress on climate change during a first term in which emissions ticked upward and industry-friendly regulators swept away even modest rules to curb long-term heating. The president insisted that exiting the nonbinding Paris climate accord somehow put the country in a better position to pressure other major polluters to decarbonize. And he flung around bogus numbers about the cost of Biden’s popular plan to expand the manufacturing of electric vehicles and eliminate emissions from the electricity sector by 2035.

“We have done a wonderful job environmentally,” Trump said. “And we haven’t destroyed our industries.”

Biden hit back, keeping the focus on the economic opportunity of his proposal to spend $2 trillion over four years on renewable energy, electric vehicle charging stations and clean infrastructure.

“This plan has been endorsed by every major environmental group and every labor group,” the former vice president said. “Labor.”

The added emphasis on unions belied what has been a marked shift in climate politics over the past four years. For decades, Democrats envisioned putting a price on carbon emissions as the pinnacle of policy to address global warming. But the historic storms, fires and droughts of the past few years, coupled with the desperation borne of watching Trump gut even the most moderate regulations enacted under President Barack Obama, gave rise to a movement calling for the kind of government intervention in the economy not seen since the Great Depression.

That movement, loosely rallied around the slogan of a Green New Deal, mainstreamed calls for a federally-managed transition off fossil fuels, one that would guarantee high wages in new, non-unionized industries and rapidly scale demand for clean products.

“They know the future lies in us being able to breathe,” Biden said of unions. “And they know there are good jobs getting us there.”

Then came a question about the racial disparity in who suffers the worst pollution, particularly from the fossil fuel industry. Black Americans breathe 1.54 times more dangerous Particulate Matter 2.5, residue from burning fuels that lodges in lung tissue, than the population at large, according to the Environmental Protection Agency’s own research published in the American Journal of Public Health in 2017. Non-whites overall were exposed to 1.28 times more of the pollution. A landmark NAACP report that year found Black Americans’ air is 38% more polluted on average than than breathed by whites, and they are 75% more likely to live next to communities abutting industrial sites.

Trump dismissed the concern. “The families we’re talking about are employed heavily, and they’re making more money than they’ve ever made,” he said.

“Those people live on what are called ‘fencelines,’” Biden said, referring to the activist term for polluted neighborhoods next to industrial plants. “It doesn’t matter what you’re paying them. It matters how you keep them safe.”

He then launched into an anecdote about growing up near oil refineries in Delaware, and recalled watching his mother wipe toxic residue on from the car windows on cold winter mornings.

“When my mom would get in the car in the first frost, there’d be oil slicked on the window,” he said. “That’s why so many people in my state were dying and getting cancer.”

Biden identified the stakes. He also named the problem.

“I would transition from the oil industry, yes,” he said.

Trump leapt at what he called “a big statement.”

“It is a big statement,” Biden continued. “The oil industry pollutes significantly. It has to be replaced by renewable energy.”

Following the debate, the Biden campaign tempered the language, telling reporters: “We’re not going to get rid of fossil fuels for a long time.”

ButTrump called on voters in Texas and Pennsylvania to take heed.

By and large, they already are.

Sixty percent of likely voters trusted Biden to handle climate change better than Trump, an August survey the think tank Data for Progress found. That included 42% of Trump-leaning voters, more than on any other issue.

There’s a reason for the gap. Since taking office, the president has mocked climate science as a hoax, antagonizing researchers and environmentalists by conflating brief cold weather events with evidence that could somehow disprove the fact that 19 of the 20 warmest years ever recorded occurred since 2001.

He appointed fossil fuel lobbyists and allies to oversee the nation’s environmental agencies, opened pristine wilderness to industry and rolled back so many regulations to emissions from cars, power plants and drilling sites that conservation groups this year dubbed him “the worst president for our environment in history.” While tens of thousands died of the coronavirus pandemic and millions more lost their jobs and homes, his administration directed billions of dollars to prop up deeply indebted oil and gas companies. Federal scientists, meanwhile, notched a steadily growing list of new temperature records, declaring last month the warmest September in 141-years of measurements.

Even in the face of unprecedented wildfires in California last month, Trump insisted: “It will start getting cooler. You just watch.”

“I’m not denying climate change, but it could very well go back,” he said during an as-yet-unreleased interview with CBS’s “60 Minutes.” “Look, scientists also have a political agenda.”

We have done a wonderful job environmentally.
President Donald Trump

Americans don’t seem to think so. Fifty-five percent know most scientists believe the climate is changing, according to national survey data by the Yale Program on Climate Change Communication. Even more ― 72% ― recognize the effects of warming themselves, and 58% understand humans are the primary cause. Gallup pegged the latter figure even higher, last year determining that 66% of Americans “believe global warming is caused by human activities.” The Pew Research Center last year found that 67% of U.S. adults think the federal government is doing too little to combat the effects of climate change.

Throughout the election, the Trump campaign has pushed hard to make fracking a wedge issue. During the Democratic presidential primary, Biden was among the few top contenders who withstood activist pressure to commit to a total phaseout of the drilling practice, a position that, while signaling aggressive ambition on climate, would be complex and legally challenging to actually implement.

“I will repeat, and the American people know, that Joe Biden will not ban fracking,” Harris said during the lone Oct. 7 debate. “That is a fact.”

Yet Trump repeated the same claim throughout the debate. Biden stuck to his nuanced position. He said he’d ban fracking on federal lands and increase regulations to capture emissions, particularly leaks of methane, the super-potent greenhouse gas that is the main ingredient in natural gas.

Even in Pennsylvania, the country’s No. 2 fossil fuel producer and the key-swing state where fracking is considered a top issue, opinions are shifting. Pollster Franklin & Marshall’s January survey found Pennsylvania voters were split on banning the drilling practice. A CBS/YouGov poll of voters in the Keystone State in August found a slight majority opposed fracking, with 52% opposed and 48% in favor of the practice.

Environmental groups saw a stark difference between the candidates, despite Biden’s calls to keep fracked gas as a “transition” fuel. The anti-fracking group Oil Change U.S. said it looks “forward to finding solutions and common ground” with Biden, and called Trump “unhinged and desperate.” 350 Action said Biden “demonstrated the capacity for leadership our country needs and deserves.”

Sunrise Movement, the campaigners behind the Green New Deal, praised the Democrat: “Tonight marked a distinct shift in Biden’s rhetoric on climate: He went on offense.”

“We’re told by all the leading scientists in the world we don’t have much time,” Biden said. “Four more years of this man eliminating all the regulations that were put in by us to clean up the climate and eliminate emissions will put us in a position where we’re going to be in real trouble.” 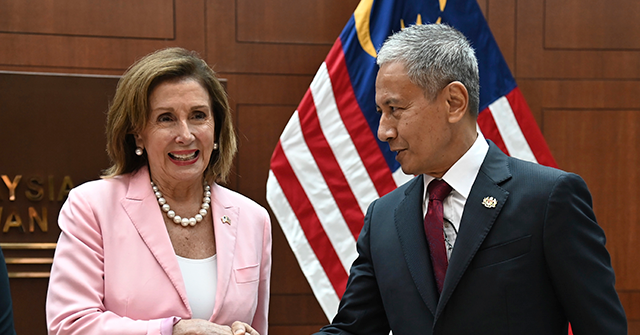 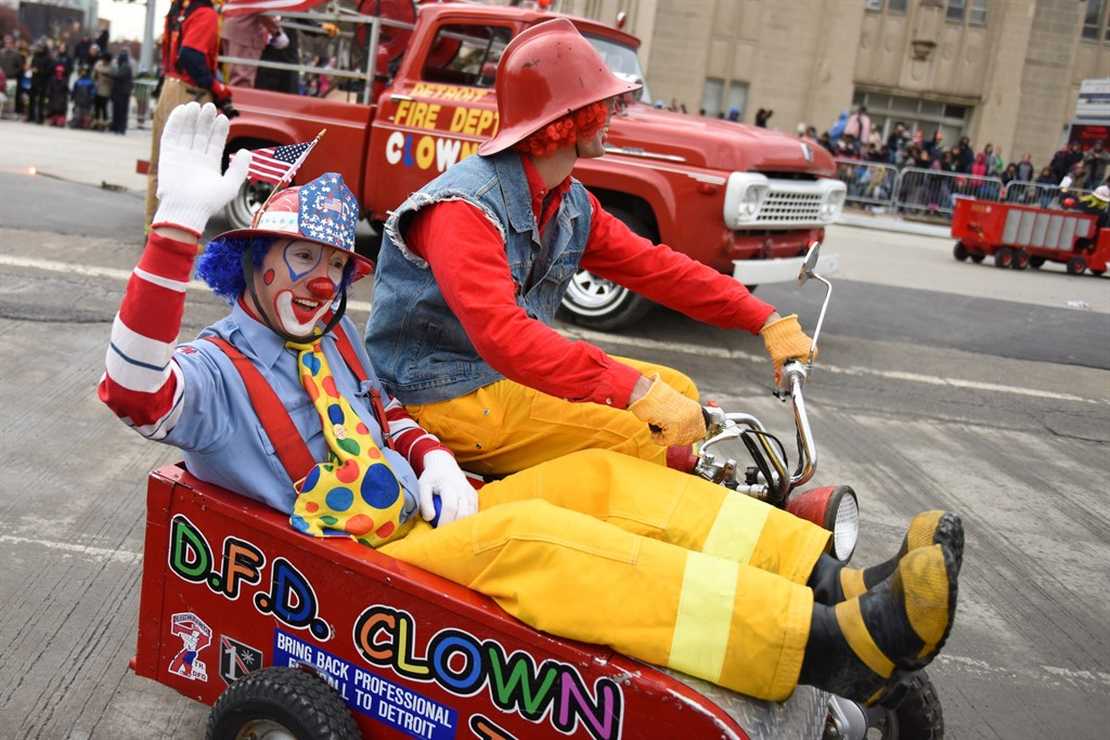 Instead of ‘Quit Digging,’ Advice for the Washington Post Should Be ‘Stop Pouring Gas on Your Tire Fire’ 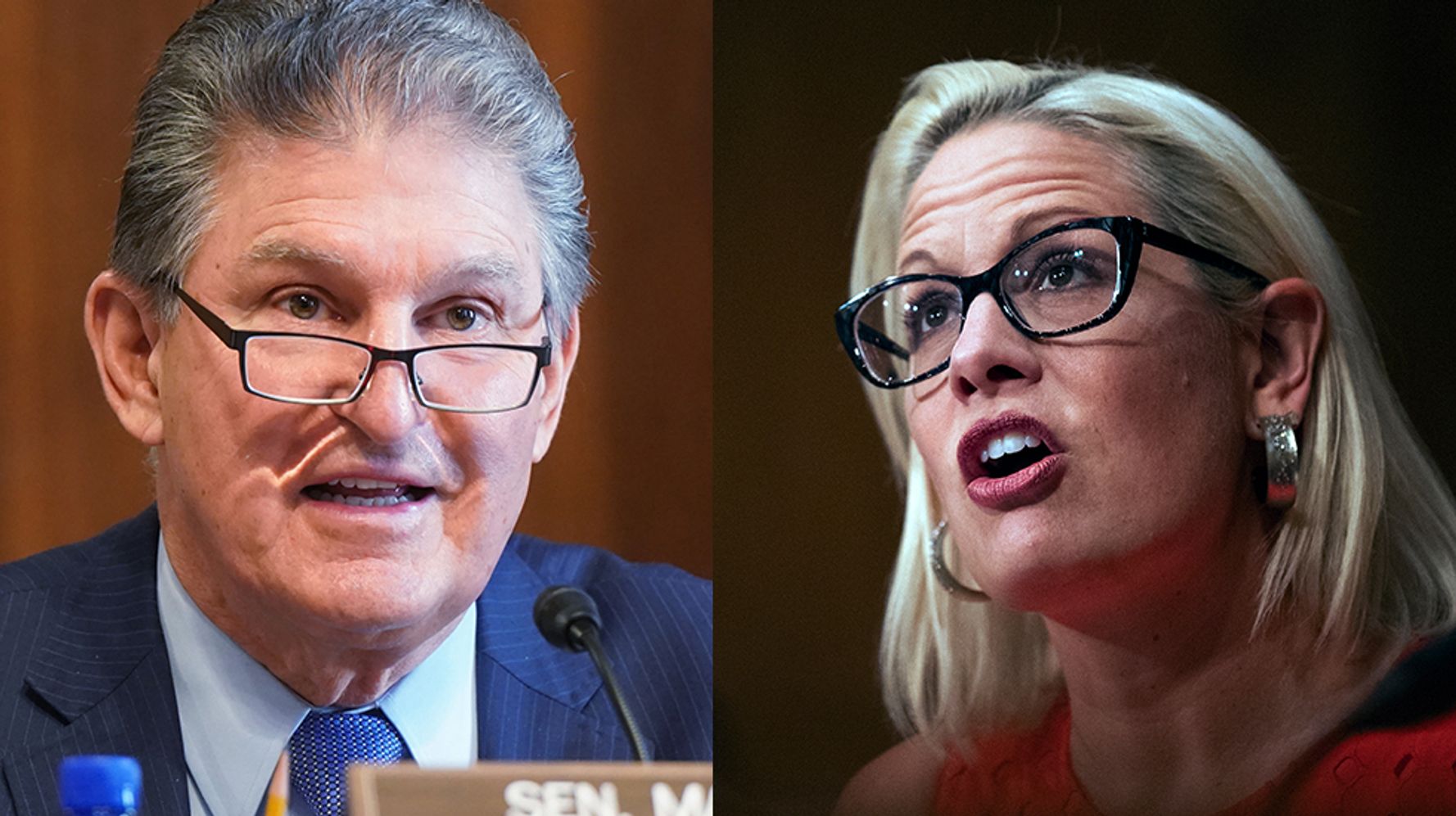 Democrats Have A Choice: They Can Enact Their Agenda Or Keep The Filibuster

Trump Has a Big Announcement About Being Back on Social Media