WASHINGTON ― Six months after their leader tried to overturn the election he had lost by more than 7 million votes, Republicans have settled on a message about the Jan. 6 riot at the U.S. Capitol: Insurrection? What insurrection?

From calls to let bygones be bygones, to punishing dissidents who dare criticize former President Donald Trump for instigating that day’s attack, to literally describing the mob as no different from everyday “tourists,” the Republican Party ― with notable exceptions ― has pushed the idea that the unprecedented attempt to overthrow American democracy was really no big deal.

And, if recent polling is correct, they appear to be succeeding. According to a recent Morning Consult survey, fully 41% of Americans believe that the riot of Jan. 6 has received “too much attention,” compared with 50% who do not. That figure is driven by 68% of Republicans who say that but includes more than a third of independents and even a quarter of Democrats.

Laurence Tribe, a Harvard law professor who believes the country barely dodged a constitutional crisis on Jan. 6, said many Americans simply would rather not think about that day.

“It’s human nature to suppress terrible forebodings that don’t quite materialize,” he said, adding that the barrage of Trump-inspired crises during his term likely laid the groundwork. “The cascade of terrible events and near-misses over the past four years has desensitized people if not entirely anesthetized them.”

Hans Noel, a political science professor at Georgetown University, said that Republicans also have an active interest in wishing Jan. 6 away.

“Generally, conservatives, particularly those who get their news from other conservatives, will come to downplay the attack,” Noel said. “Some of that is just believing it’s not a big deal. Some of it is not wanting to talk about uncomfortable facts as they come out. But this is the main thing: The partisan messaging on this has been to downplay it for Republicans, Trump supporters and others on the right.”

Whatever its causes, the process of memory-holing that day reflects Trump’s continued success at fashioning an outrageous lie and then browbeating Republican leaders into going along with him.

House GOP Leader Kevin McCarthy, for example, said on Jan. 13 on the House floor that Trump “bears responsibility for Wednesday’s attack on Congress by mob rioters.” Within weeks, he had gone to visit Trump at his Palm Beach resort and posed for a photo with him. And, at the six-month mark of the mob assault, he is attacking those few GOP House members, such as Wyoming’s Liz Cheney, who refuse to bend to Trump’s will.

McCarthy’s office did not respond to HuffPost queries. On Thursday, he said of Cheney’s acceptance of House Speaker Nancy Pelosi’s appointment to serve on a select committee to investigate Jan. 6: “Maybe she’s closer to her than us.” He had warned Republicans who would serve on that panel that they would be stripped of their committee assignments.

“If most Americans have indeed forgotten about Jan. 6, that is in part due to the tenacious efforts of the GOP to downplay it,” said Ruth Ben-Ghiat, a history professor at New York University. “For a party whose brand is law enforcement, Jan. 6′s murderous rage against Capitol Police could turn voters off. So they deny the violence ― Trump turned it into ‘hugs and kisses’ ― and block any investigation that would place the facts of it in the public realm.”

It Can’t Happen Here, But Almost Did

Working in Republicans’ favor is just how brazen Trump’s attempt to overturn the November election was.

In 232 years of presidential contests, there have been 16 incumbents who tried to win a second term but failed, starting with John Adams in 1800. Trump was the first to try to overturn democracy itself in an attempt to hang on to power.

“Americans are still somewhat uncomprehending that ‘it can happen here,’ in terms of the demise of their democracy,” said Ben-Ghiat, an expert on authoritarianism.

Though there was no legal way for Trump to undo Democrat Joe Biden’s victory after the Electoral College formally completed its tally on Dec. 14, Trump was not particularly interested in legalities. Instead, he spent weeks, according to Trump administration officials who spoke on condition of anonymity, pushing his vice president to simply reject enough electoral votes from states Biden had won to wind up with more and declare himself the winner.

And although Pence had no constitutional authority to do what Trump wanted, nothing prevented him from doing as Trump demanded anyway ― an action that would have unleashed unimaginable chaos, possibly including armed conflict in the streets, upon the country.

“Very few people ever understood what would have happened and where we would be as a nation had the vice president not certified the Electoral College vote,” said J. Michael Luttig, a former federal appellate judge nominated by President George H.W. Bush.

That lack of understanding played into the hands of Republicans whose greatest success has been to obfuscate Jan. 6’s uniqueness in American history by lumping it in with other violence, such as the vandalism and looting that at times accompanied protests last summer over the police killing of George Floyd and other Black Americans.

In fact, while mayhem at protests was typically carried out at its fringes by criminals and opportunists, the assault on the Capitol was organized by Trump’s most hard-core supporters and encouraged by Trump himself, who told his followers to gather in Washington, D.C., on that specific day and staged a rally asking them to “march” on the building minutes before the Electoral College tally began.

After his mob started assaulting police officers defending the building and broke doors and windows to enter, Trump did nothing to dissuade them for hours. Rather, at 2:24 p.m., with his vice president and his staff and family in hiding, Trump attacked Pence on Twitter, telling his followers that Pence “didn’t have the courage” to overturn the election as Trump had wanted.

His followers responded with rage, roaming the building looking for him while chanting: “Hang Mike Pence!”

A gallows had already been erected outside.

Six months later, Trump’s actions in the weeks leading up to Jan. 6 and on that day itself seem almost irrelevant ― even though they triggered a record second impeachment.

The Republican National Committee cites him multiple times per week in fundraising pitches, as do its Senate and House arms. “You’re one of President Trump’s TOP supporters, so we wanted to make sure that you had a chance to sign his Official Birthday Card,” the RNC wrote to its email list on June 14.

Trump last month resumed his rallies with one in Ohio, ostensibly to push a former White House aide running against one of the 10 GOP House members who voted to impeach Trump. But during the rally, he again continued with the same lies about the election that led to the Jan. 6 insurrection.

Recently, he has started openly defending the violent mob he incited to attack the Capitol. “By the way, who shot Ashli Babbitt? Who shot Ashli Babbitt? Who?” he asked at his Florida rally on Saturday, referring to the woman who was fatally shot by Capitol Police as she tried to climb through a broken window into an anteroom from which House members were being evacuated.

He followed that by conflating the domestic terrorists who wanted to overturn democracy on his behalf with civil rights protests and street crime. “And how come so many people are still in jail over Jan. 6 when nobody paid a price for the fire and carnage and death that took place in Democrat-run cities throughout our country, including Antifa and BLM?” he asked the crowd. “How come? How come?”

And, notwithstanding criminal investigations into his business practices in New York and his attempt to coerce elections officials in Georgia, Trump is the preferred choice among Republicans as their 2024 nominee, with the majority of them now believing that Biden’s election was illegitimate.

Rick Tyler, a top aide to Texas Sen. Ted Cruz’s 2016 bid for the GOP nomination, blamed the polarized nature of politics today. “So skeptical are Americans now about what passes the lips of a politician that nothing is believed. Efforts to examine Jan. 6 are viewed entirely through a political lens where understanding what happened is secondary to political objectives. That’s a dangerous road upon which we should not travel.”

But Amy Fried, a political science professor at the University of Maine and co-author of the forthcoming book “At War With Government: How Conservatives Weaponized Distrust From Goldwater to Trump,” said the polarization is not symmetrical between the parties and that conservatives in recent decades have actively worked to sow distrust of institutions. “There are a lot of issues where the parties are polarized or have become more polarized over time; climate change is one. But this is rather extraordinary because we could all use our own eyes to see the footage of the insurrection.”

And that denial of a reality that was available for all to witness on live television is good reason for alarm, former President Barack Obama told the American Library Association conference last week.

“The guardrails I thought were in place around many of our democratic institutions really depend on the two parties agreeing to those ground rules and … one of them right now doesn’t seem as committed to them as in previous generations. That worries me,” Obama said. “And I think we should all be worried.”

Letters to the Editor: I'm vaccinated. Why should I have to mask up for the unvaccinated? 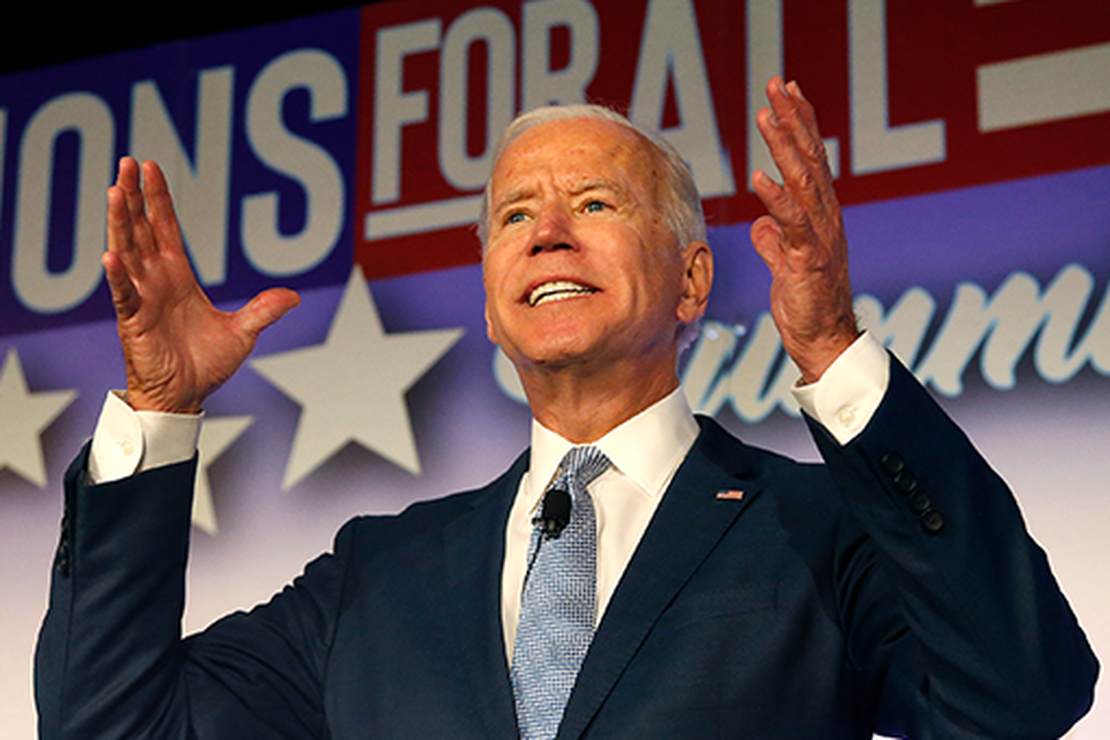 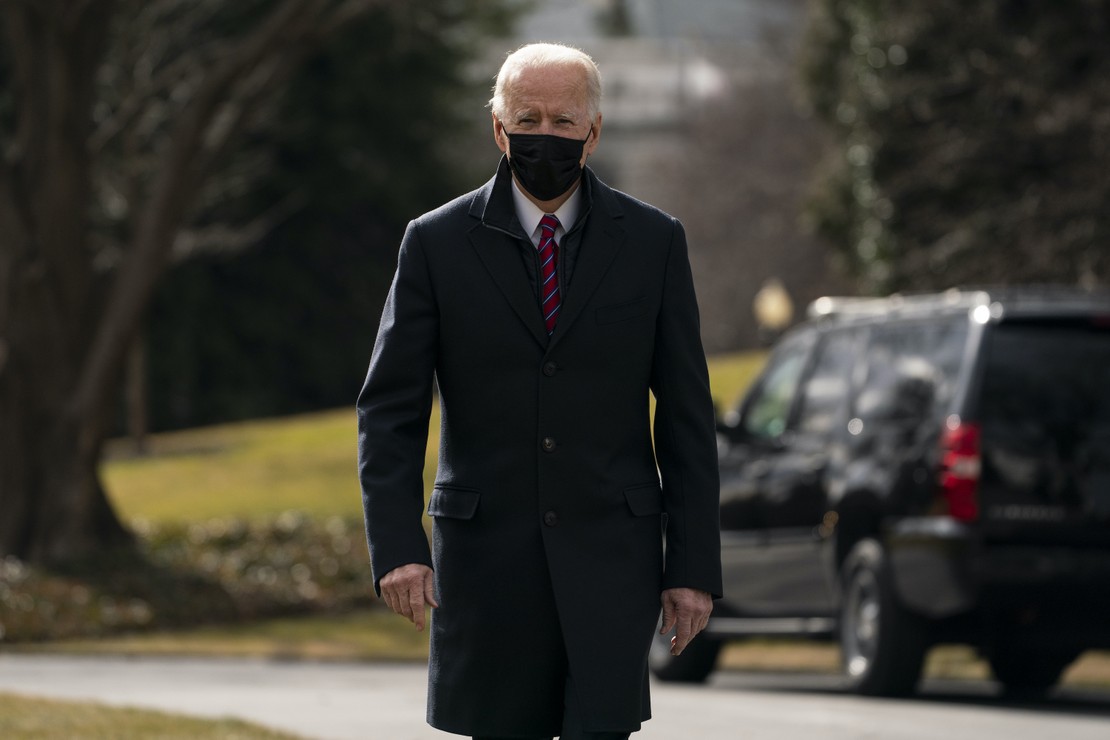 Don’t Foist Wisconsin’s Failures on the Rest of Us

Fox News Should Probably Fire Geraldo Rivera After This