The birth of the tech era, this might be what historians will call the 2000s in the future.

On the Forbes Singapore’s 50 richest list released in August, one-fifth or 20 per cent of the list members are self-made tech tycoons.

Notably, the pandemic has led to a mass consumption of digital goods and services, supporting tech-driven industries such as gaming, ride-hailing, and e-commerce. Singapore’s efforts to foster a culture of innovation to startups over the past decades has also paid off.

Here are 10 tycoons who are born with almost nothing and depended on their wit and tenacity to make it big to be among Singapore’s top 50 richest people:

The trio are the biggest gainers in percentage in wealth this year, compared to last year. They have more than doubled their individual wealth.

Collectively, the Sea trio have a collective wealth of US$29.3 billion, that’s a whopping 133 per cent increase from a year ago’s US$12.6 billion, according to the Forbes Singapore’s richest list released last month.

Ye and Chen arrived in Singapore when they were in their teens under a government effort to recruit foreign talent through scholarship programmes.

Ye went to Hwa Chong Institution and then to Raffles Junior College before going overseas to obtain a Bachelor degree in Computer Science while Chen studied Computer Engineering at the National University of Singapore.

Li, who was born and raised in China’s port city of Tianjin, followed his wife to Singapore after completing an MBA at Stanford University. He earned an Engineering degree from Shanghai Jiaotong University. Li had worked in multiple companies like Motorola Solutions, Corning Inc, and MTV Network.

Little did they know that their adopted city would lead them to create thousands of jobs and generate wealth for themselves and the economy.

The founders started the company in 2009, and Li roped in Ye and Chen. Garena, short for Global Arena, is an online games developer and publisher. It went on to develop popular mobile games like Free Fire, which hit 150 million daily active users in the second quarter of 2021.

According to Li, their big break only came in 2010 when they secured a distribution license in Southeast Asia with US game developer Riot Games, which had just released League of Legends at the time.

It helped Garena turn profitable within the next two years, and opened doors of opportunities for them to secure other game titles.

That was also how the company gained the attention of Tencent, which is the majority owner of Riot Games.

Sea is currently backed by Chinese tech giant Tencent Holdings and is listed in New York.

There are more than 3,000 Sea employees in Singapore.

Eduardo Saverin is best known as the co-founder of Facebook. The 39-year-old is now a venture capitalist, but still derives most of his wealth from his small stake in the tech giant. His net worth is at US$20.5 billion.

Saverin has been a Singapore resident since renouncing his US citizenship in 2012 ahead of Facebook’s public listing.

Originally born in Brazil, he attended Gulliver Preparatory School in Miami before attending Harvard University. He met fellow Harvard undergraduate Mark Zuckerberg during his junior year in the school and the two of them worked together to launch Facebook in 2004.

Saverin held the role of CFO and business manager during Facebook’s early days. It is said that he was cut off from Facebook and his stake was diluted due to Zuckerberg. Both parties managed to settle their differences in a settlement in 2009 in an undisclosed agreement.

Saverin signed a non-disclosure contract in the Facebook settlement.

In 2015, Saverin launched venture fund B Capital, with BCG and Bain Capital veteran Raj Ganguly to invest in Southeast Asia and India. The fund has $1.4 billion in assets under management.

Tan knew that he wanted to be a businessman from the age of six. His first venture was trading a good number of comic books that his parents bought for him from a Comics Convention in Singapore.

The 39-year-old has a Masters of Business Administration from Harvard University and obtained his Bachelor degree from the University of Chicago.

Tan got inspired to start Grab during his time at Harvard Business School. He then decided to quit the family business in 2012 to run Grab. He is the son of Tan Heng Chew, the president of Tan Chong Motor.

He started the taxi-hailing service – known as My Teksi then – with Harvard classmate Tan Hooi Ling.

Fast forward to today, Grab offers services in eight countries and has branched out into motorcycle taxis, delivery services, and software research and development.

The tech giant is working on listing on the public market via a special purpose acquisition company or SPAC deal as soon as the end of this year. The deal is set to value the company at S$54 billion (US$40 billion).

Anthony is listed on Forbes as a Singapore Citizen. The entrepreneur recently made the news with a purchase of a good class bungalow near Holland Village for S$40 million.

Forbes listed his net worth to be at US$790 million.

Tan is the youngest of four children in his family. His father is a real estate consultant while his mother is a homemaker. He has a Masters of Laws from the National University of Singapore.

Prior to founding Razer, Tan was an advocate and solicitor for the Supreme Court of Singapore. In 1999, Tan and Robert Krakoff met and worked together to design the world’s first gaming mouse.

They launched the Razer brand in 2005 and over the years, the company has acquired a huge global following and sold millions of gaming laptops, mice, fitness bands and tablets.

Following the launch of Razer’s first smartphone, Tan listed the firm in Hong Kong in November 2017, raising US$529 million.

The IPO then made him the youngest self-made Singaporean billionaire at the age of 40.

Tan also recently made the news with the purchase of a good class bungalow at Bukit Timah area for S$50 million.

Tan’s current net worth is at US$755 million.

45-year-old Zhao Changpeng goes by the nickname “CZ”, and is the founder and CEO of Binance, the largest cryptocurrency exchange in the world.

He grew up in Jiangsu, China, and both his parents were educators. Shortly after Zhao was born, his father who was a professor was labelled a “pro-bourgeois intellect” and the family was exiled from the country.

When Zhao was a teenager, he flipped burgers at McDonald’s and worked overnight shifts at a gas station.

After graduating from his Computer Science studies at Montreal’s McGill University, he spent time in both Tokyo and New York to develop trading systems for the Tokyo Stock Exchange and Bloomberg’s Tradebook.

He did well at the company and was in fact promoted thrice in less than two years, but he ended up quitting the job in 2005. He then moved to Shanghai to start up his own trading system company, Fusion Systems.

He later founded Binance in 2017, which is now a major player in the crypto-verse.

Zhao is temporarily based in Singapore. Binance has been facing regulatory scrutiny in several countries, and Zhao has said that he is working with the authorities for the betterment of the cryptocurrency industry.

Recently, Binance.com was ordered by Singapore’s central bank to stop trading payment options in SGD in compliance with local regulations.

His net worth, as of the month of August, was at US$1.9 billion.

The 46-year-old is the CEO of China-based Espressif Systems. Since he was eight years old, Teo has been tinkering with computers and has a lifelong passion for technology.

Teo worked in many engineering jobs for companies like Transilica, Marvell Semiconductor, and Montage Technology before the electrical engineering graduate founded Espressif in 2008.

Espressif manufactures the flagship ESP32 series of chips and software, as well as other cutting-edge WiFi and Bluetooth integrated devices and solutions.

Since 2017, the brand has ranked first in the Wi-Fi MCU market and has been listed in Forbes’ 20 IoT ranking as one of the most innovative firms.

In July 2019, Espressif sold 25 per cent of its shares in a public listing that valued the company at US$716 million.

Teo is currently listed on Forbes with a net worth of US$1.55 billion.

The former Amazon executive teamed up with friend Sachin Bansal in 2007 to found Flipkart as an online seller of books.

They pooled US$6,000 of their combined savings and operated out of their apartment.

Bansal has a Bachelor of Science Engineering degree from the Indian Institute of Technology. Flipkart grew over the years to become India’s leading e-commerce marketplace offering millions of products from categories including books, media, and consumer electronics.

After 11 years of toiling, Walmart bought a 77 per cent stake in Flipkart in 2018 for US$16 billion in what was then the largest deal for an internet company then.

Bansal has retained a small stake in Flipkart and now mentors startups from Singapore through his firm xto10x Technologies.

In 2019, Bansal relocated to Singapore to offer a good quality of life for his twin sons. He also chose the country because it is an ideal location for his act as a venture capitalist.

He is also an anchor investor in venture firm O21 Capital, which focuses on biotech, agri-tech, and internet startups.

His current net worth is at US$1.25 billion.

A former professor, 57-year-old Shi Xu founded Nanofilm Technologies International in 1999 with a start-up capital of US$225,000.

The company produces advanced coating materials and nanotechnology-based solutions used in electronic devices such as smartphones.

Xu and his wife moved to Singapore from China in 1991. His wife Jin Xiao Qun, is an assistant vice president at the company.

He was an Associate Professor at the Nanyang Technological University’s School of Electrical and Electronic Engineering, which provided seed funding to NanoFilm.

Xu had to deal with difficulties and setbacks during the initial commercialisation of the company’s innovative technologies. To solve all the different issues, he had to take a salary cut for years.

After a tumultuous and challenging beginning, the business started stabalising and picking up. In 2020, Xu listed the company on the Singapore Exchange.

Since then shares have roughly doubled on rising earnings and revenues—boosting Nanofilm’s market cap to S$4.3 billion.

The pandemic has fuelled an increasing appetite for technology as the number of internet users continues to grow.

In fact, as the pandemic is not showing signs of abating, people are going to rely even more on technology goods and services for their everyday lives, especially for gaming, video streaming, ecommerce, and financial services.

Singapore startups will tap on their capabilities and strength in Singapore, their homeground and launch their businesses into regional markets.

According to Golden Gate Ventures, deal activities in Southeast Asia continue to be led by Singapore, followed by Indonesia, Thailand, Vietnam, and the Philippines.

The region’s internet economy is set to grow by three times to reach US$309 billion by 2025, from US$105 billion in 2020, according to a report by Google, Singapore state investor Temasek Holdings, and business consultants Bain & Co. Southeast Asian nations include Indonesia, Malaysia, Vietnam, the Philippines, and Singapore.

Last year, 40 million new internet users were added, bringing the region’s total internet users to 400 million. There’s still room to grow, as only 70 per cent of the population is online.

How Do Advertisers Make Cars Look Like That? | Grit Daily News 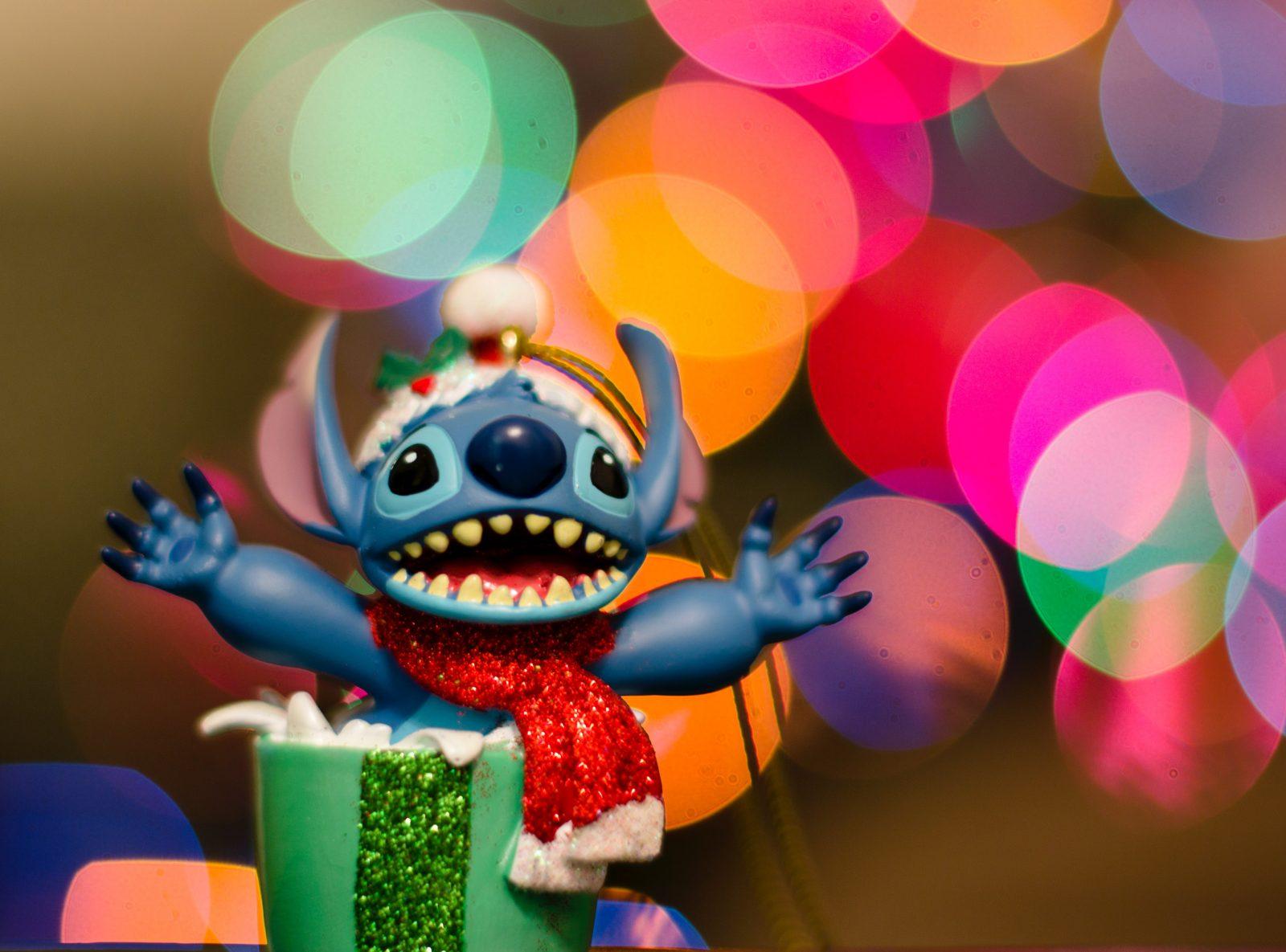