Paradise Valley is referred to as “The Beverly Hills of Arizona,” and when European real estate duo Maximilian de Melo and Patrick Niederdrenk visited in 2011, they fell in love with the area in Scottsdale. A few years later, they decided to move to the US permanently and went on to purchase and remodel a property for $100,000, which became a vacation rental. From there, they took on larger projects with multimillion-dollar price tags.

In 2017, Max and Patrick invested in a real estate brokerage called America One Luxury Real Estate. Earlier this year, they branched off to create MP Design and Development. Their custom built homes start in the $5M range and they boast myriad happy customers, who trust their instincts for seeing value and appreciate that they spend time on every detail to make sure the house becomes exactly what the client wants.

Max and Patrick’s success is due in part to their speculative developments, where they create a vision for an end buyer, and provide a one-stop shop for the project—from acquisition, design and development to resale. When scoping out new areas for development, Max and Patrick know what to look for. The most important things are that there are properties of comparable value in the area, good view corridors and some unique feature like being first roll on a golf course or alongside a lake. Paradise Valley does not have a lot of available land, so a lot of their job is envisioning something better for properties that already exist, tearing them down and making something beautiful to fulfill their client’s vision.

The Tech Side of Real Estate

The team is also utilizing their background in virtual reality to create digital renditions of the houses that allow clients to walk through a digital creative world. Max says, “for somebody that doesn’t build a house every day, it’s very difficult to visualize or envision something that’s not there yet, so that’s where those renders are really helpful, because it kind of shows them what they’re trying to build.” There have been attempts at this—the most commonly used is Matterport—but Max and Patrick’s use of VR software is meant to be reminiscent of the way a character moves through a video game like Call of Duty. The 3D renderings are very detailed, from furniture, finishes, placement and direction of tile, etc. On the 3D rendering software, Patrick says, “If you do something that nobody’s really done before it always creates some challenges, but once you figure it out, you also have something that nobody else has.”

The Future: Expanding Reach and Television

The team’s unmistakable success has them poised to expand. Patrick says, “We definitely want to get into different markets. We’re going to probably be in the Florida market within the next 12 months.” His hope is for MP Design and Development to be known for being able to turn a scrap of dirt into a place that leaves people awestruck.

Max and Patrick are also working with a production company documenting their real estate endeavors in the luxury market, and talking to networks about a possible television show that Max says is, “not going to be anything compared to what else is out there.”

To date, Max and Patrick have sold approximately $140M in real estate, both listed in the top 1% of agents in Arizona. Between their current projects, expansion across the country, the use of 3D image rendering technology and a possible television show, the non-stop European duo believes that their hard work has allowed them to truly live the American Dream. 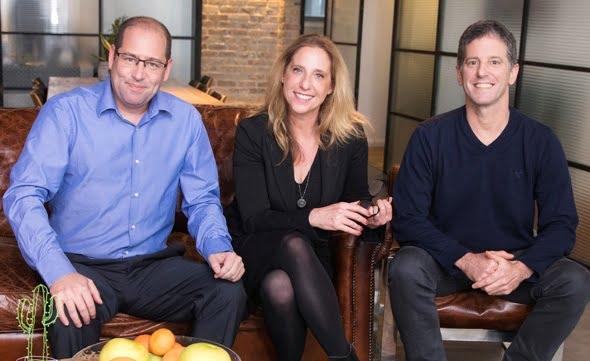