As Singapore doubles down on its effort to push for electric vehicle (EV) adoption by announcing its ambitions to install 60,000 charging points nationwide by 2030 — more than double its original target of 28,000 — EV automakers are expected to ramp up its presence here.

There are already a handful of EV automakers in Singapore vying for the automobile market. Tesla is now one of them, as it recently received the green light to start selling EVs in Singapore.

Tesla, the global leader in EV by market capitalisation, is set to dominate the industry for years to come.

While some expect their market share to slide once traditional car makers make the shift to electric, Tesla has a couple of advantages that will make it difficult to chase. Here are some reasons why.

The shift towards the production of EVs will mean the need to rebuild a whole new manufacturing capability, which is not an easy feat to achieve overnight.

Some carmakers like Volkswagen and Jaguar have already announced plans to go fully electric within this decade, but it’s going to take a lot of resources, time, and relationships with external suppliers, to make it happen.

Producing an EV is different from producing internal combustion engine (ICE) vehicles — you will need both hardware and software expertise on top of an intricate understanding of battery technology.

As these expertise are only being acquired now with the dawn of the EV industry, these car manufacturers are lagging behind in having the in-house capabilities to make breakthroughs in EV tech — either in battery innovation, AI and autonomous driving, or power storage; or all of these components together.

To save cost, most of these “legacy” car manufacturers will need to outsource at least one of these three key factors to be kept in the race. However, they may be at the mercy of suppliers and reliant on third-party product performances.

Tesla, which started its journey as an EV company much earlier than its ICE competitors, has vertically integrated their design, engineering, software development, research and production capabilities from the get-go.

At nearly every stage of manufacturing, Tesla’s teams are structured in a way so that the design of each component goes hand-in-hand with the design of the machines that make those components.

For example, to enhance efficiency at the manufacturing stage, Tesla’s design, engineering and production teams came together to develop a new casting method to make the battery a structural part of the car.

It not only saves space, but packs more batteries, strengthening the structural integrity of each car and ultimately saving time in assembly. Thus, it is way more efficient than what other car manufacturers may be doing.

In order to succeed in these three categories — battery innovation, AI and autonomous driving, and power storage — you need a lot of data to constantly improve, learn and upgrade.

When it comes to AI and autonomous driving, no other player comes close to the amount of data Tesla has collected, given that all Tesla 3s and Ys on the road today come with the autopilot function shipped.

This means that Tesla has more data than its competitors to learn from and improve on.

As mentioned by ARK Invest’s Cathie Wood on CNBC, the company with the most and best quality data of real-world driving will win the race in autonomous driving vehicles.

According to her, Tesla is far ahead of anyone else with data on real-world driving amounting to 30 billion miles. The next company that comes close is Google at 30 million miles.

This also has implications in the future when self-driving taxis become commonplace.

Once the legal hurdles of fully autonomous vehicles are passed, Tesla’s head start in the field means more accurate and reliable data, making its autonomous driving software the more likely candidate to be widely adopted.

Another reason why Tesla will emerge as the category leader for the EV space is its dedication in revolutionising how batteries are made.

EV cars use lithium-ion batteries — this is the same type of batteries used in our smartphones and laptops, but in much larger quantities.

The technology used to source and manufacture these batteries have largely remained unchanged since the early 90s. This is a process which needs to change in order to meet the growing demand of EVs in the coming years.

The tipping point for widespread adoption is largely dependent on the price of the vehicle, which can be significantly reduced once average battery prices fall beyond what is achievable on scale alone.

Tesla isn’t waiting for an electronics company to figure this out.

The company has already begun recreating and revolutionising, not just in terms of how batteries are made, but how they are sourced, and how each and every individual mineral to significantly reduce cost per battery.

During Tesla’s Battery Day, CEO Elon Musk spoke about how Tesla’s modus operandi is to never accept current processes of making materials and to reimagine new ways to achieve efficiency and lower cost per material at every level by doing so.

As an example, Tesla developed new methods of extracting lithium from the earth that reduce cost and increase efficiency, while reducing waste in a way that no one thought of before.

In doing so, we are likely to see more Tesla cars at affordable prices that do not compromise on performance, which is another key selling point of Tesla.

Range anxiety is a real problem and barrier to entry for many car buyers.

Knowing that you need to sit at a charging point for a long time is a huge lifestyle change compared to just five or ten minutes at a petrol station.

Therefore, to be a successful EV company or brand, you will need to address the problem of long charging time.

While there is a growing amount of EV chargers around the world, very few of them charge a car as fast as a Telsa Supercharger with a Tesla car.

For Tesla, it is already at its third version of the supercharger that can give you 250km in 15 minutes.

With the Shanghai factory pumping these out, there’ll be close to 10,000 new Superchargers a year, adding on to the 20,000 units already available worldwide.

Since these chargers are exclusive to Tesla cars, there will be a huge advantage to own a Tesla ahead of any other EV.

However, as many traditional power and oil & gas companies are investing heavily in charging technology, this is probably where competitors can gain most ground the soonest through partnerships.

Tesla Model 2: Its Cheapest Model Yet

Another huge factor that will contribute to Tesla’s growing dominance in the EV industry is the introduction of its cheapest model yet: the currently unnamed Tesla at US$25,000.

Dubbed the Model 2 by industry commentators, the car will be the most affordable Tesla to date. It is US$10,000 cheaper than the base Model 3, which is currently the best-selling electric vehicle worldwide.

Most rumours point towards a hatchback design for the Model 2, which will be manufactured at Tesla’s Shanghai factory.

While initially said to launch in 2023, rumours from China have industry commentators optimistic of a late 2021 announcement and a 2022 rollout for the new EV.

While prices have not been announced yet in Singapore, we can anticipate the price of the Model 2 to sit around the S$90,000 to S$100,000 range before COE.

The launch of the Model 2 will likely see an adoption explosion of Tesla vehicles around the world given its price point.

Rather than traditional car makers, the likely source of competition in the near future may come from other EV companies, most of them hailing from China.

For instance, state-owned SAIC Motor recently announced a US$4,500 EV called Hong Guang Mini, which is far cheaper than anything Tesla has to offer at the moment.

The car is being built in partnership with General Motors (GM) and may be the model for other ICE car makers to take on Tesla.

A Look At What Happened In Other Industries

Some believe that Volkswagen, Toyota, GM, Ford, and Hyundai are too big to let Tesla be the market leader in EVs for long.

However, if we look at the smartphone industry, the market looked different in 2010 compared to 2000. Nokia, Sony Ericsson, Siemens, HTC, O2, Blackberry did not survive the smartphone revolution.

While they had proprietary technologies and software, R&D facilities, long-term contracts with suppliers and the like, many of these companies either lost massive market share or are no longer in the consumer phone business.

Sure, Apple and Samsung were big companies already at the time. However, Apple wasn’t a market leader in computers when they launched the iPhone, and Samsung only released their first smartphone in 2008.

They had to learn many new things and develop new ways to build all their current products, the same way Tesla is doing so now.

Eventually, with all the competitive and technological advantages that Tesla is having now, they will be the category leader, far ahead of any legacy car manufacturers.

The Tesla Fandom Is Real

In addition to the comparison of Apple, I think what Tesla is enjoying is a fandom only comparable to Apple.

There is a growing group of people who revere Tesla and Elon Musk the same way Apple fanboys look at Apple and Steve Jobs.

Not everyone will become diehard fans, and buying behaviour is one every 15 years rather than buying a new iPhone every 2 years, but that’s the same time gap competitors will face.

Considering a Nissan Leaf will be like asking an iPhone user to switch to an Android, and as an iPhone user, I can’t bear the thought of it.

Rep. Jim Jordan's 'Trump Is The Leader’ Of The GOP Tweet Goes Awry

Biden's COVID Bill Includes a Provision That Will Have You Fuming 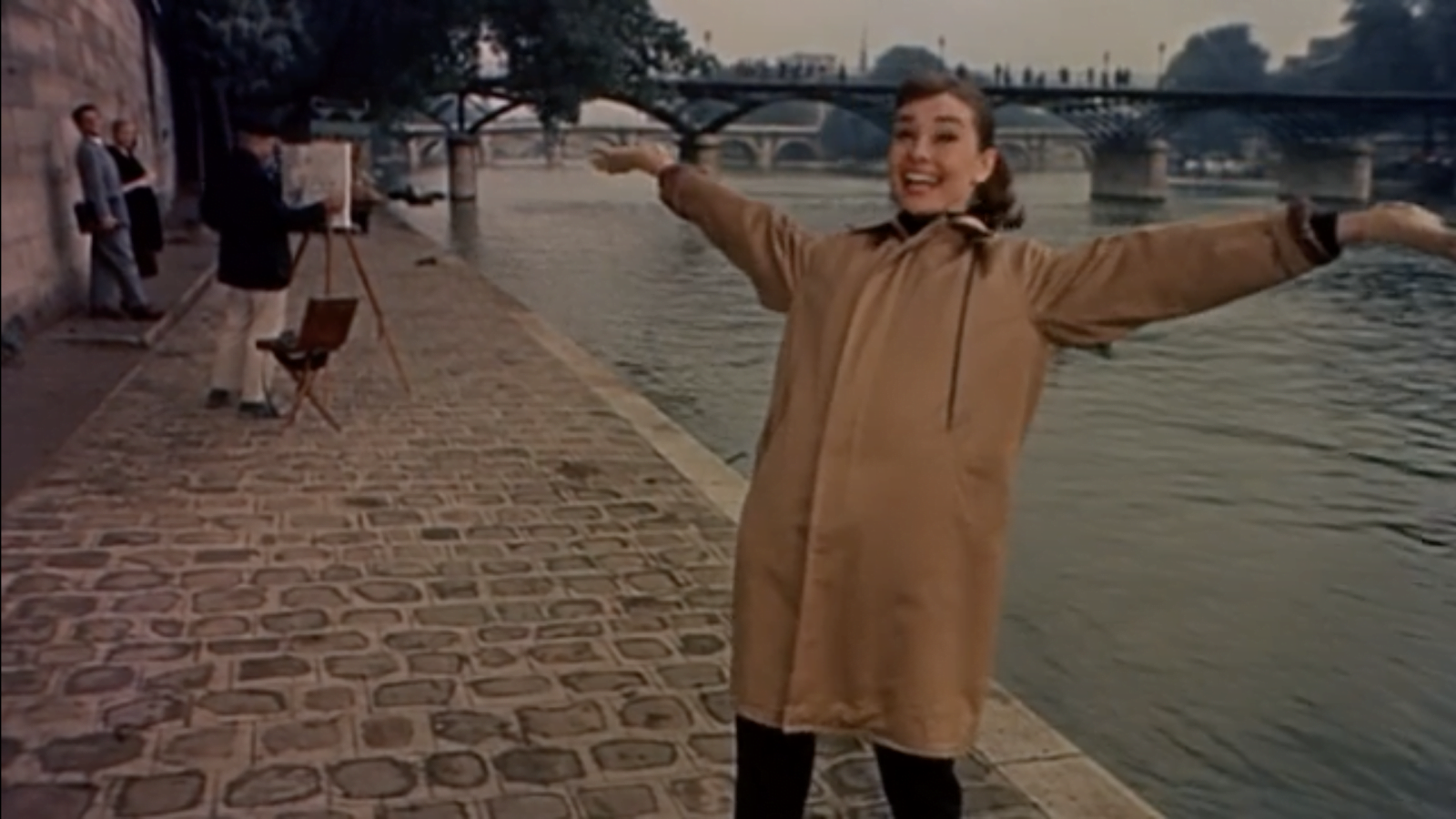 A guide to tahini, including tips on storing and using it