Like the Founding Fathers he wrote about, David McCullough stood for reason, enlightenment, education and incorruptible democracy. In our stone-crazy world of Donald Trump and Kim Kardashian-styled savage banality, McCullough, who died on Sunday at age 89, offered proof of just how reassuring a good American can be. As the dean of our nation’s historians, he was trusted by middle America on par with Walter Cronkite. And if America understood who McCullough was, he returned that favor, showing in his books just how well he knew his countrymen across the centuries. He was our dependable deep river oracle, the silver-haired sea captain navigating around the shoals of endemic narcissism to lead us to the promised port of the Declaration of Independence.

McCullough’s voice on PBS documentaries such as Ken Burns’s “The Civil War” resonated like Jesus Christ delivering the Sermon on the Mount. His very tone personified bedrock integrity. As a professional historian like myself, garnering a blurb from McCullough for your upcoming book was the cultural equivalent of a Good Housekeeping seal and Oprah’s Book Club selection combined. And his generosity to fellow tradesmen, myself included, was legendary.

McCullough was born on July 7, 1933, in the Point Breeze neighborhood of Pittsburgh. He had a fine childhood where sports, books and nature wanderings were all part of his life. There was no dysfunction in McCullough’s youth to mar him later in life, no dent in his armor that carried a hangover effect into adulthood. Imbued with civility from his parents, he saw Pittsburgh as a humming city of entrepreneurship and philanthropy serving the middle class. He never sought the seedy side of urban life like Nelson Algren or Upton Sinclair. Cheeriness and optimism were embedded in his personality. His college years at Yale did nothing to change that.

There was about McCullough the personification of the Boy Scout Handbook sprung to life. It would never have dawned on him to throw a rock into the plate glass window of Pittsburgh’s stately Duquesne Club to protest corporate corruption or mock the yacht set in Martha’s Vineyard for white privilege. Those were important American places to him and he wasn’t ashamed of their élan. If he thought change was needed, his modus operandi was more like, first let me join the private club, then put me on the steering committee, and then we’ll diversify memberships to address gender and ethnicity deficiencies. That is the quintessential way of the Yale gentleman scholar following the Civil Rights Act of the 1960s. It would be a mistake to think of McCullough as a Democrat or Republican. His instincts veered to our foundational documents like the Bill of Rights and leaders who sought to uphold them.

A few years back, I was part of a panel discussion at Boston College, with McCullough, Burns, and Don Henley (of the Eagles). It was a fundraiser for the Walden Woods Project in nearby Lincoln, Mass. All of us were serious admirers of Henry David Thoreau. At one point, Henley asked McCullough to name his Walden Pond, his personal sacred place in the outdoors. It was set up for dramatic answers such as California’s Yosemite or Maine’s Acadia. McCullough chose Pittsburgh for Mount Washington, a hill of the southern banks of the Monongahela and Ohio rivers. “Nowhere is more majestic to me,” McCullough said. “Pittsburgh is serene and sublime from that vista.”

Serene and sublime are good words to describe McCullough. Yet over the decades, as a friend, I saw him turn irate a few times. Once at a dinner in Dallas, I watched him tremble with indignation during a discussion about how geography wasn’t being properly taught in schools. Every young person, he believed, needs to develop a map mind.

I first worked with McCullough when he was at American Heritage, at the time, a sort of editor emeritus. Having studied with John Hersey and Thornton Wilder at Yale, he was the ultimate connoisseur of what constituted quality nonfiction writing. For McCullough, history needed to be written so readers were always leaning forward as if hearing a story told by Grandma on a frosty January evening in front of a Pittsburgh hearth. His books — all of them — were fresh and accessible without being breezy. His dazzling talent was on display in two Pulitzer Prize winners, “Truman” (1992) and “John Adams” (2001).

Conjuring the atmosphere of long past eras, McCullough made these presidents come alive as flesh-and-blood human beings. My favorite of his books was “Mornings on Horseback” (1981) because he made Theodore Roosevelt’s entire family jump off the page. That TR book was the antithesis of what today’s universities teach PhD candidates to do. McCullough put the personality of his subjects ahead of policy documents and data. Novelists such as Willa Cather, Conrad Richter and Thomas Wolfe had influenced him more than C. Vann Woodward.

This doesn’t mean the McCullough approach is the best way to study a president. Crucial policy documents may tell the true story of the Biden administration more usefully than how the family dogs Champ, Major and Commander brought comfort to the first couple in our troubled times. So McCullough’s familial style had limits. But out of modern-day narrative historians, only Doris Kearns Goodwin, T.J. Stiles and Barbara Tuchman jump to mind as his peers for making every page fascinating.

When word of McCullough’s death broke in the news, my cellphone lit up as friends offered condolences. Brian Lamb, the founder of C-SPAN, was one of them. Over the decades, Lamb and I shared McCullough stories in the way fans of the Beatles might talk about Paul McCartney. C-SPAN interviewed McCullough 77 times (with Lamb conducting 10 multiple-hour sessions in Maine, Massachusetts and D.C.). They’re wonderful to watch online. “At some point in his life,” Lamb told me, “McCullough decided to tell the world that American history mattered. It was his mantra. He was the nation’s schoolteacher. I love all of his books. But McCullough was also about his persona; he was the whole package of writing skill, resonant voice and grand presence.”

There was a fluidity to McCullough as writer and speaker that was comforting. His command of the past, the exacting details of Independence Hall in “1776” (2005) or Kitty Hawk, N.C., in “The Wright Brothers” (2015) or the Ohio River Valley in “The Pioneers” (2019) during the time of the first European American settlement of the Northwest Territory were mesmerizing.

Only occasionally would McCullough get involved in pressing, contemporary political affairs — as when he called Trump “a monstrous clown with a monstrous ego.” His comfort zone was with the ghosts of the past. If you ever saw McCullough walking down Newbury Street in Boston or Fifth Avenue in New York, you got the distinct feeling that his mind was imagining what these cities were like at the time of Valley Forge. In conversations, McCullough spoke about the need for biographies of the Liberty Bell, Hoover Dam and the Golden Gate Bridge. Nothing about our technological age interested him as a writer.

McCullough’s high school teacher-like enthusiasm for the past was combined with a watchdog attitude about protecting it. In the 1990s, when the Walt Disney Co. thought about building a theme park near the Manassas National Battlefield, in Northern Virginia, he went on high alert like a pointer dog on a hunting mission. I once jokingly told McCullough, in April Fools’ Day fashion, that Disney had just been approved to paint Mickey Mouse ears on a water tower higher than the Washington Monument in Fairfax County, Va. With his thick gray eyebrows rising and his body bristling, it took him a long minute to realize I was yanking his chain. For the next two decades, whenever I saw him, he teased me about the Mickey Monument with a twinkle in his eyes.

Douglas Brinkley is the Katherine Tsanoff Brown chair in humanities and professor of history at Rice University. He is the author of the forthcoming “Silent Spring Revolution: John F. Kennedy, Rachel Carson, Lyndon B. Johnson, Richard M. Nixon, and the Great Environmental Awakening.”

Splatoon 3 Preorder Guide: Get A Squid Plush For Free With Your Order

He started an unmanned store in KL for cheap, preloved books to foster a bookworm community 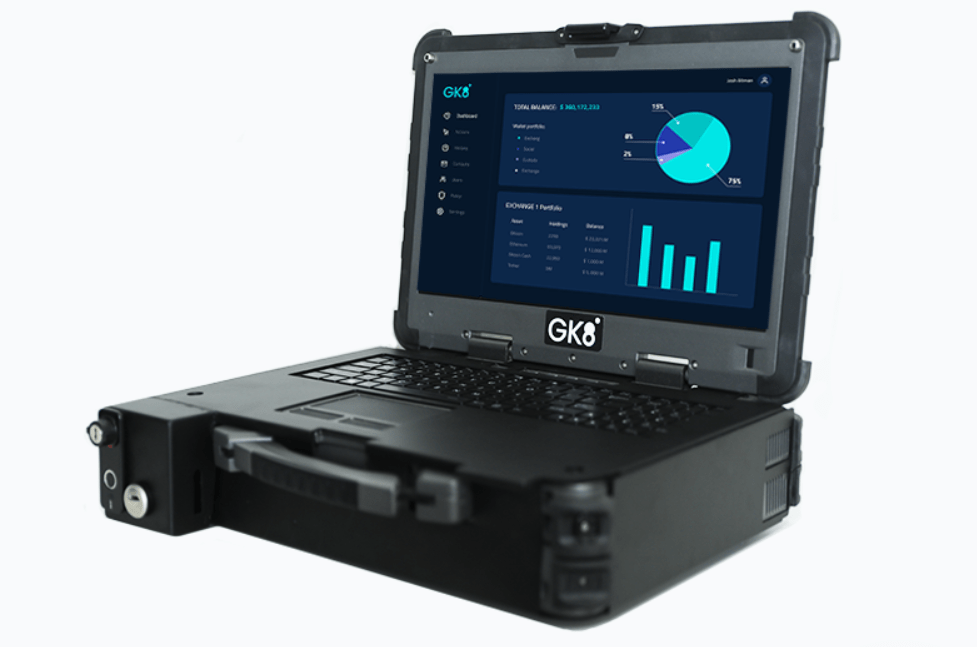 These single-mom friends joked about buying a house together. On a whim, they did it. Date Lab: An awkward exchange kicked off the evening