When Alif Adam was in junior college, he got distracted with his studies and ended up having to retain for a year before failing again in his second year.

He decided to give school another shot at Millennia Institute, but unfortunately failed to meet the passing grade for one of his subjects and was asked to leave.

Although he was upset and demoralised, he now sees a silver lining in the situation. Following his expulsion, he got the opportunity to pursue a diploma in Advertising and Public Relations in Ngee Ann Polytechnic, which became his “turning point”.

In his final year, he applied for The SandBox’s Kickstart Fund and was given S$3,000 to fund his Carousell business called Waistlab, which resells waist trainers.

“The grant did not cover my investments on inventory, and I had to take a small loan of S$2,000 from my parents to purchase stocks and packaging,” shared Alif.

A total of S$5,000 was invested into Waistlab and he managed to break even in a mere five days, way ahead of his forecasted four months.

Sold over 20,000 sets of his best-selling waist trainer

Growing up, Alif has always been close to his mother. After pregnancy, she felt conscious about gaining weight and turned to support undergarments, which made her feel happy and confident.

As he got older, he came to the realisation that there weren’t any existing local brands in the shapewear market so he wanted to fill the gap.

“Waistlab is a brand that seeks to support women practicing self-care, to invest in themselves to make them feel good and confident,” said Alif, who started the brand at the young age of 22.

He worked on developing the Classic 9 Waist Trainer, which is 2.5 inches shorter than the typical 11.5-inch waist trainers in the market, which are designed for women with longer torsos. The said Classic 9 has since become Waistlab’s signature and best-selling product to date.

The Waistlab Wear collection ranges from S$35 for a wireless sculpting bra, to S$89 for a super sculpting full body suit. Meanwhile, it’s suite of waist trainers ranges from S$85 to S$99.

Alif, who is now 26, describes his waist trainers as “helpful lifestyle aides”. They are designed to help women feel good about themselves with better postures, and serve as a physical reminder for them to develop healthier lifestyles and habits.

“Our customers commonly share that they feel less of an urge to eat large portions, and it also helps straighten their postures and even encourages them to be more active which results in weight loss,” he added.

Besides being his muse, his mum was also the one who pushed him to pitch for the entrepreneurship grant.

Having experienced multiple failures in his life, he did not expect to receive much support for his venture. It actually came as a surprise to him that both his parents strongly believed in him and his business idea.

“The support I received from them even translated into labour. When I was in Jakarta [for a six-month school internship], my mum helped me with some administrative work and order taking, while my dad helped with the delivery of parcels. [Meanwhile], I manage customer service, social media marketing, and website design remotely,” he said.

He started out on Carousell first

Waistlab started out on Carousell back in 2015. He received great response from customers, who openly shared with him feedback on how to improve the products.

The real challenge however, was when he wanted to cease presence on Carousell in mid-2017, and build a dedicated online presence with a business website and Instagram account.

Branding was basically non-existent and only consisted of the initial logo that I designed in five minutes on Photoshop. I was quite anxious that nobody was going to follow our social media accounts and were convinced enough to make a purchase via our own website.

This was coupled by the fact that the products I was initially selling were Original Equipment Manufacturer (OEM) in nature. I was very insecure of the branding and product development, and knew that I had so much more to work on.

Despite the insecurities, he went on to relaunch the business and trusted that he could improve on it along the way.

True enough, within the first three months, he managed to secure eight suppliers and finally found a manufacturer who could customise his own designs with a manageable minimum order quantity based on his cashflow then.

Today, he still works closely with his suppliers in China to research, design and manufacture the waist trainers.

“I have never learnt fashion design, but understanding my customer’s pain points — such as the need for a perfect fit and comfort — has helped me design a better product over the years,” said Alif.

He added that specialising in only waist trainers in the first two years of the business marked as an important decision as it helped establish them as a go-to brand for waist trainers.

Going from online to offline

Starting out, Alif knew that getting his brand name out there was crucial.

Thankfully, he was well-equipped with design and public relation skills, which he picked up during his diploma studies.

“[It] helped me during Waistlab’s infancy, from designing the logo, to the bags, and reaching out to influencers to help me spread word about my brand,” said Alif.

“I tapped on the [influencer] network that I had and also reached out cold to some [of them], who were very willing to support my small business, which I am ever so grateful for.”

As he built up his user base, Alif felt that it was the right time for him to adopt an omnichannel approach and extend the business presence with a physical shop.

In August this year, he launched Waistlab’s first physical boutique at Bali Lane.

Although Covid-19 has brought about the challenge of lower retail footfall, Alif strongly feels that a physical store is necessary for customers to be able to touch and feel the products.

I wanted to minimise anxiety within shoppers in choosing the right size when they shop online with us. We first began opening our office for offline purchases in May 2019 and was quite surprised to see the number of people who wouldn’t mind travelling all the way to our office in Woodlands.

This is why I wanted to properly expand into retail seeing its potential and have it in a central location where it is accessible for all. However, the business model will still rely on 90 per cent online sales.

Having a physical presence also meant that he could establish better relationships with his community of customers — affectionately called #WomenofWaistlab (WOW) — and get direct feedback from them to enhance the product or customer experience.

Interestingly, Covid-19 has also helped propel demand for waist trainers. Their research showed that since more are staying at home, they couldn’t exercise or frequent the gym as regularly, so they turned to waist training to help with their at-home exercises and control their appetite.

Alif also noted that although social media has become a “noisy and saturated place”, it still serves as a good tool to interact with his followers and provide business updates.

“We find it very important to engage with our followers, to reply to every comment and direct messages, repost customer reviews, and constantly reach out to some of our WOWs to follow up on their waist training progress and feature them on our Instagram.”

So far, Waistlab’s Instagram page has racked up over 14,000 followers.

On Instagram, Alif also often shares his entrepreneurial story in hopes of inspiring others. Initially, he was hesitant to do so because he was afraid that his female audience would feel uncomfortable knowing that a man is running an intimate garment brand for women.

“Surprisingly, I was proven wrong because they love hearing my stories and they really believed in the brand. I am very proud that some of my close friends now are actually my customers from the early years of Waistlab.”

He was once a “clueless” entrepreneur

A few months after the launch of Waistlab, Alif had tried applying for a spot in the Singapore Management University’s School of Business but got rejected.

“I thought that Waistlab was going to be a side project while pursuing a full-time degree. It was devastating, but I saw this rejection as a diversion to what I was meant to be doing, which is entrepreneurship. This lit the fire in me to channel all my attention to growing the business and run it full-time.”

However, funding the business is an ongoing challenge. Other than the S$3,000 entrepreneurship grant, Waistlab is pretty much a bootstrapped startup.

“This means that I had to solely rely on a healthy cashflow and consistent monthly sales to sustain and grow the business. It was very challenging when I had to plan where the money we made in the first few months should go. I was so afraid of investing too much on inventory [worrying] that it might not sell, or spending a lot on marketing but not having the stocks to support [the potential demand],” he lamented.

Looking back, Alif admitted that he was quite clueless in his entrepreneurship journey. Moreover, he had no mentor to help guide him and act as a soundboard.

Regardless, he was passionate to learn and conducted his own online research to learn about the ropes of running a business.

I proved to myself that everything can be learned if you are willing to look out for the answers. For every challenge that I managed to overcome, it motivated me to keep on going and find a solution for any problems I faced.

The challenges did not become easier, but this only meant that there are new things that I can learn. Having limited resources has helped me be a solution finder.

Sharing future business plans, Alif said that Waistlab is now making headway into the neighbouring Malaysia market, and have ambitions to also establish presence in Indonesia and the Philippines as well.

“Product-wise, we’re definitely looking to expand on our Waistlab waist trainer selection and are currently researching and developing a number of options and variations of our signature waist trainers in response to our customers’ response and feedback. We are so excited to launch it in the first half of 2022.” 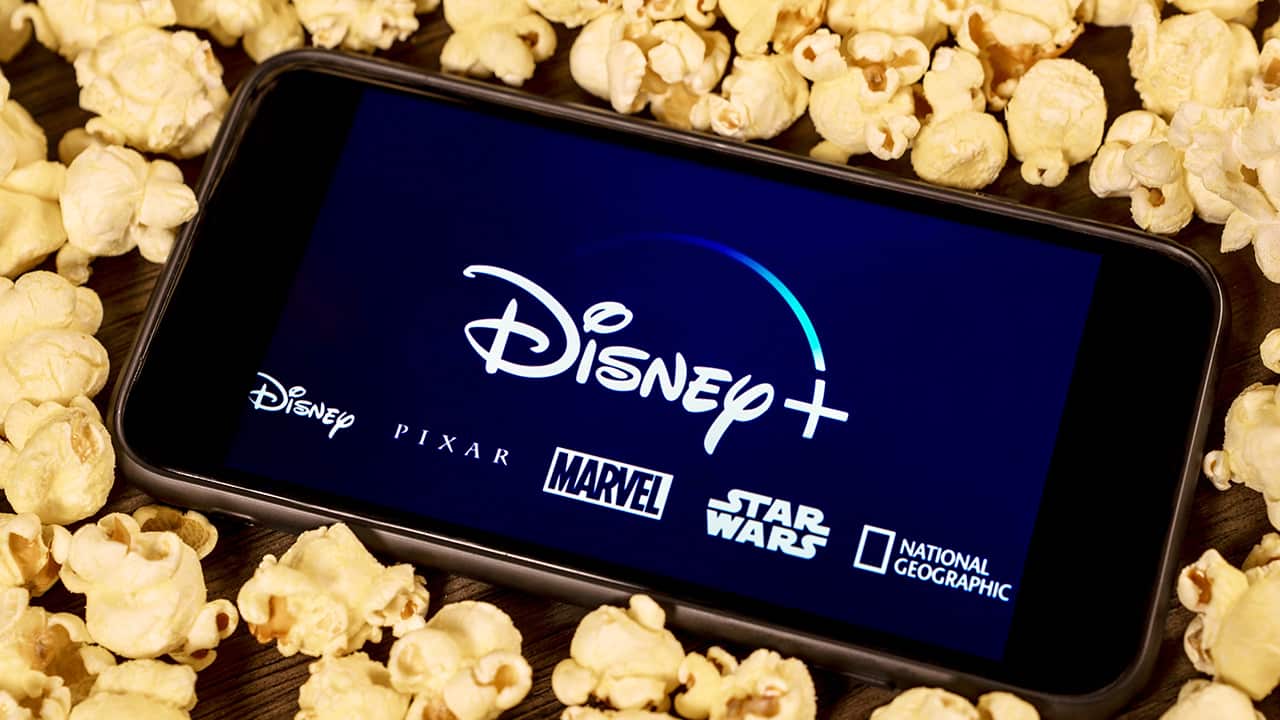 Disney Plus Now Has More Than 100 Million Subscribers 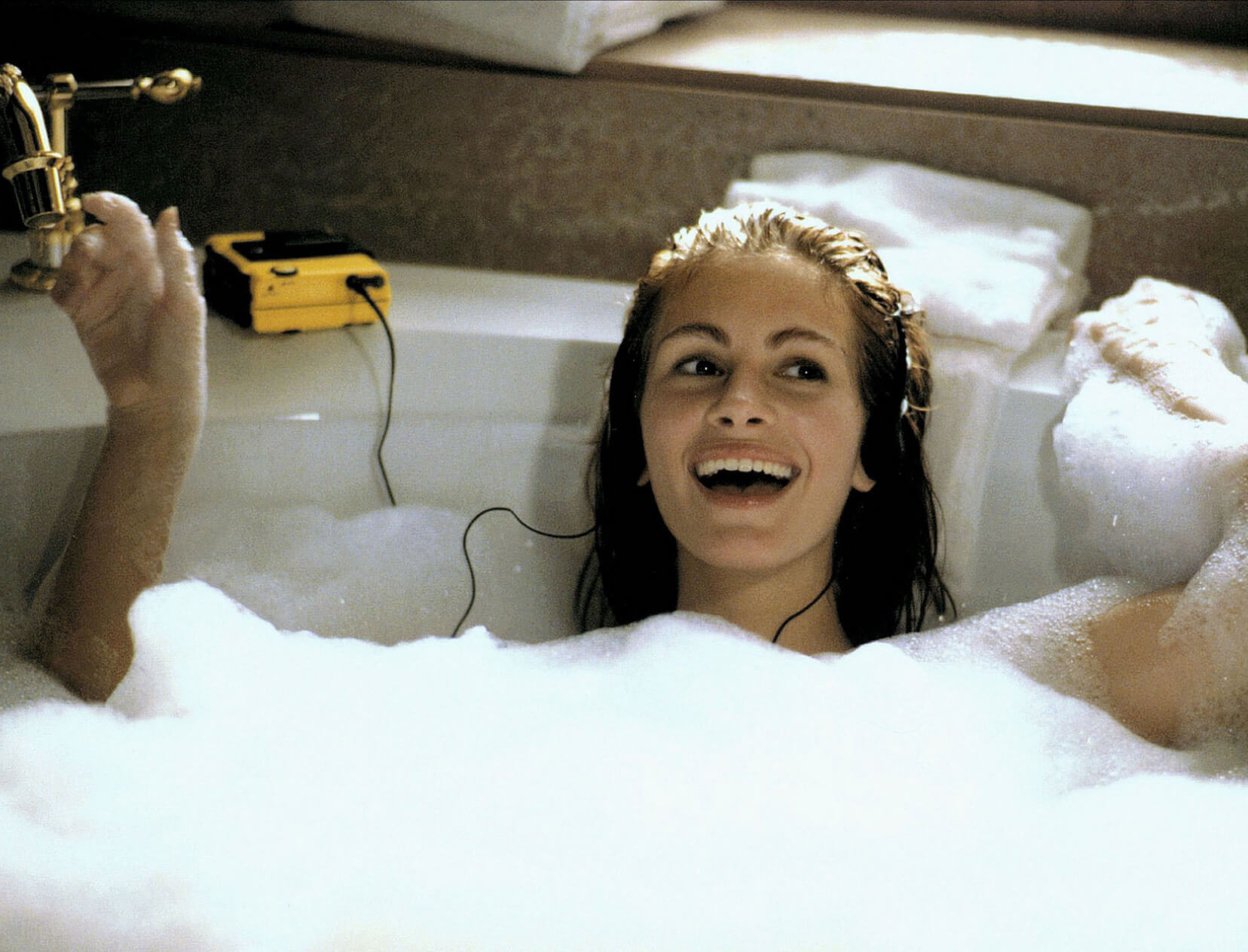 A Night In to Yourself