Stuart was playing the bass guitar while Emily was on the keyboard, and love later blossomed between the two.

Both of them had very different backgrounds. Emily majored in retail marketing and had stints as a Prada intern and a fashion merchandiser.

Meanwhile, Stuart has two diplomas in mechanical and audio engineering, as well as a bachelors’ degree in audio production.

He also used to work for Beep studios as the studio engineer and manager, recording for artists like The Sam Willows, Nathan Hartono and Charlie Lim.

But one fateful work trip to London changed their lives forever — it led to a marriage proposal in Paris, and sparked a business idea between the two.

Stuart recounted a time when he once received a booking with Geoff Pesche — who is the mastering engineer for Coldplay and Kylie Minogue’s ‘Can’t Get You Out Of My Head — at the famous Abbey Road Studios in London.

He had asked his then-boss Kevin Foo, who is currently the general manager at Sony Music Entertainment for Taipei, if Emily could tag along to because he had planned on proposing to her later in Paris.

“Emily being the curious and adventurous traveller, started searching online for interesting events and experiences all over London and discovered Gingerline (but) it was fully sold out,” said Stuart.

When in London, she continued to check in with Gingerline to see if anyone had given up their seats. Her efforts paid off and they managed to score seats for their first-ever immersive theatrical dining experience.

The combination of actors, set design, lighting, sound, theatrical food, cocktails tying in with a theme gave us the most fun and unique dining experience we’ve ever had then.

We wanted Singapore to have something like this, but we did not know how to do it and if anyone had ever done such a thing. We didn’t even know what to call an experience like this.

When they returned to Singapore, their research found that a horror-themed restaurant called Igor’s had opened in 2001 but quickly closed about a year after.

“It was successful three to five months after its opening but started losing business after. We realised that it was probably because there was no reason for customers to come back again since the theme is the same,” mused Stuart.

“The Singapore Repertory Theatre also did a themed dinner in 1998 with all the current theatre superstars called Ah Kong’s Birthday Party created by Ivan Heng and Dick Lee, but that was it. We couldn’t find out immersive theatrical dining fix in Singapore.”

Since no one was doing it at the time, the husband-and-wife team set out to start one of their own.

A Continual Chase For Novelty

They registered their company as AndSoForth in 2014 and roped in friends from various industries — a chef who interned at NOMA, which is ranked as one of the world’s best restaurants; as well as LASALLE students — to work on their first show together.

Stuart had described the experience as a “disaster” — mainly because so many things went wrong during their first show — but it was a sold-out event nonetheless.

The couple attributed their success to the novel idea, which has never been done before in Singapore.

However, to keep customers coming back from more, they knew they had to continually create new immersive theatrical dining concepts.

Singaporeans tend to “chase novelty; there is seldom loyalty,” he observed.

“We started AndSoForth fully aware that we are in such a market and has persevered ever since.”

They actually had zero investors, and funded the business with whatever they earned from their day jobs back then.

It wasn’t a lot, noted Stuart, adding that it averaged about S$2,000 a month.

The novelty of our concepts sold tickets, which paid for production. What it couldn’t cover, we had to use our money.

We only made profit till about six years into AndSoForth. At the end of our third year, we almost called it quits. It is a tough business because it isn’t conventional (and) the investment is constant.

The sets they built would get torn down after two to three months to make way for the next concept.

To date, they have created 46 unique concepts/shows and saw over 80,000 attendance in total.

To shed some perspective to those who have never been to a theatrical dining experience, Stuart simply described it as a “video game”.

You could wear a costume, play a character and escape reality. Just like in the video game, you’ll eat food (and drink) ‘potions’ that the game creators designed.

AndSoForth’s goal is to create a world that transports the audience and disconnects them from the reality. Everyone (including) the bar staff and service crew, is in character (starting) from the entrance, where we check for tickets and dietary requirements.

The prices at AndSoForth ranges from S$128 to S$168, where weekdays usually offer cheaper rates.

The food and drinks are all curated and designed to be in theme with the show, he added.

“Everything has to have a little surprise because as Singaporeans, we have a high expectation for what is (served) on the plate.”

However, Stuart shared that they took a good three years to strike the perfect balance between food and performance.

“In the earlier days, tickets were easy to sell as shows had limited seating and the show run was short.”

“Guests came expecting great food and any performance element to be just an afterthought, (but) we were more focused on the performance and set design.”

The couple also realised that audiences are only willing to attend if they are familiar with the theme, so they started to do adaptation of classic books.

In particular, Dinner in Wonderland saw their largest turnout to date with 6,000 attendees throughout a six-month run.

“We had to adapt six different times and do several children’s versions after,” said Stuart.

When COVID-19 hit, it took a huge toll on the business as they were forced to halt their operations.

When the lockdown struck, we did our best to adapt with our online interactive Zoom shows like Late Night Bingo, which saw about 1,000 attendance spanning five show runs.

When workshops were approved by the government, we pivoted and adapted our immersive dining experience into a book analysis workshop. Becoming instructional and educational, we took our guests on a journey through the lens of Phileas Fogg in Around the World in 80 days.

What’s different is that their actors have now become facilitators. They no longer played characters, and instead talk about the character as themselves.

Meanwhile, attendees are ushered through eight different rooms, with each one depicting the country Fogg visited. Every room is attached with an activity that is related to a chapter in the book, such as cocktail making, rope tying and postcard writing.

“It was a hit. Especially since we cannot travel, this allowed our attendees to travel the world in 150 minutes,” said Stuart.

During the circuit breaker period, AndSoForth also started another online interactive Zoom program called Fairy Tales Live, where children and parents could join to meet their favourite characters and interact with them through games and storytelling.

“With that, we saw how much the attention span of children have shortened and we had to keep creating content to keep them entertained and engaged.”

That was also how they eventually decided to start up AndSoForth Academy.

The Academy creates programs that engage young children in conversation, express emotions in performance, be comfortable and confidence with craft, and think creatively in an effort to allow them to be more sociable in their environments.

Singapore Will One Day Be A “Hub For Immersive Experinces”

Having expanded into children education, AndSoForth plans to expand its presence as they have actual production experience and knowledge to offer enriching, entertaining and engaging Arts & Drama programmes.

“(In the) third quarter of 2021, we (also) plan to launch The Wizard of Oz Immersive Dining Experience and to hunt for a new, larger location.”

Sharing his grand vision for AndSoForth, Stuart said that he aims to have Southeast Asia look at Singapore as a “hub for immersive experiences”, just like London and Shanghai.

Imagine a day where tourists would be willing to fly in to Singapore just to catch a show, fantasised Stuart.

Wrapping up the interview, he cited a famous quote by William Shakespeare: “All the world’s a stage, and all the men and women merely players.”

Riding on those words, Stuart came up with his own: “let us be better players to take on the world’s stage.”

Now I Want J.Lo's Best-Selling Tank Top in Every Color Working in academia means living in crisis — and experiencing the sublime 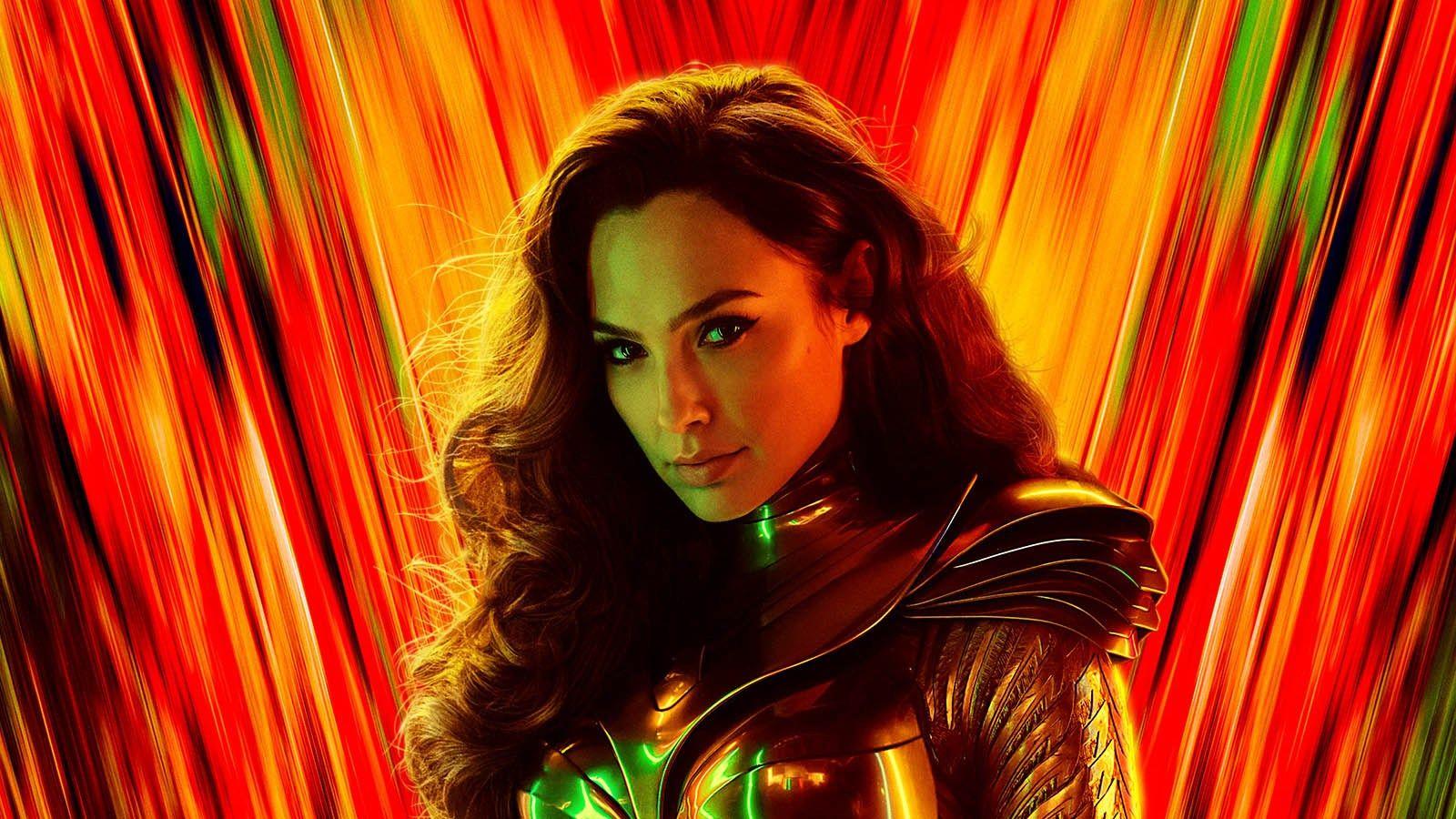 Matthew Chance, one of CNN’s star Ukraine correspondents, gets a break

Show me a better smartphone camera than Huawei P50 Pro’s. You can’t (experts say so too).