Running a business with your spouse can be a gamble on your marriage, in my opinion.

Ideally, doing what you love with someone you love is nice, but keeping personal and private matters separate is no easy task.

However, these 10 husband-and-wife duos who have built well-known Malaysian brands are proving that where there’s a will, there’s a way.

Bryan Loo and Sally Quah go way back before the idea of Tealive was probably even conceived.

Bryan is the CEO of Loob Holding Sdn. Bhd. whereas Sally is Loob’s financial controller, their multi-million F&B business that holds 7 brands, most notably Tealive.

The two shared in an interview with Tatler Malaysia that they met in secondary school.

They immediately hit it off when Sally transferred to his school in their hometown, Kangar, Perlis.

Last year, the pair just celebrated their 10th anniversary together and the birth of their 3rd child, Louie Loo.

While Bryan’s entrepreneurial sensibilities and ambition brought Tealive to where it is today, he credits Sally for being his greatest source of strength and perfect match.

Today, Tealive has expanded beyond Malaysia’s borders to places like China and Vietnam too.

Andrew Yap and Jacqueline Ng shared a passion for books and a drive to encourage Malaysians to read, especially non-readers.

Reading for fun was not something Andrew had the privilege of growing up with, compared to his peers back that came from wealthier family backgrounds, he shared with Tatler Malaysia.

So, the two wanted to create a business that could make reading more accessible for Malaysians, to contribute to society.

In 2009, they introduced their first book sale at Dataran Hamodal, PJ with 120,000 books below retail price, as shared with The Star.

Today, they have up to 3 million visitors for Big Bad Wolf sales not only in Malaysia but also in other Southeast Asian countries, Pakistan, South Korea, Taiwan, Sri Lanka and the UAE.

The wholesome greasy supper Malaysians are familiar with today was created by no other than this power couple behind Ramly burgers, Ramly bin Mokni and Shala Siah binti Abdul Manap.

This burger empire has humble beginnings. Ramly and his wife wanted to introduce burger patties to Malaysians, so they started a home business in 1978, making burger patties and selling them.

However, their products weren’t well-received at first, Ramly shared with Astro Awani.

MARA even rejected their loan request of RM7,000, because there was no demand for burgers yet at the time.

But with perseverance and time, the duo managed to establish an iconic fast food business that now helps over 30,000 micro-entrepreneurs in Malaysia.

Sharing a love for ice cream with your spouse is one thing, but promising them an ice cream empire is another level.

Edmund Tan and Lim Shiew Li met at the University of Melbourne. Edmund was an investment banker and Shiew Li was an actuary before this.

In 2013, the two founded Inside Scoop with savings from their corporate days when they were still just engaged.

Shiew Li even enrolled in Gelato University, Italy for three weeks to learn how to make gelato.

“Edmund conned me into it,” she joked in a past interview with Vulcan Post, as she recalled the time when he first sold her the idea of Inside Scoop.

From their first store in Bangsar in 2013, Inside Scoop now has 25 outlets across West Malaysia.

You may know founders Audrey Ooi and Timothy Tiah of Colony from her blog, fourfeetnine and his previous influencer marketing company, Nuffnang.

The pair met in their early twenties on Timothy’s birthday, when Audrey had just returned from the US, she shared in her blog.

Colony started out as a project for Audrey to keep busy, who was a stay-at-home mother at the time.

Now, it’s turned into an iconic, high-end coworking space with 3 branches in KL.

The business became profitable in just 3 months, according to Timothy in this past interview with Vulcan Post. But that came with some clashes between them, he shared with FirstClasse.

They went from being husband and wife to employer and employee, which changed their relationship dynamic drastically.

However, the pair finds fulfilment in being able to share this big part of their lives together, which gives them more stimulation than going on a holiday.

Like Ramly Burger, MyNEWS is another empire started from humble beginnings, which we covered more here.

Tai Luk still had to work full-time to finance the rent of the store since no banks wanted to give them a loan, hence Ling Chao ran the stand at first, he told The Edge.

“We came from a poor background with not much capital. What we have is energy and talent, so we have to take on it and grow,” he shared in an interview with Astro Awani.

However, the pair believed that homegrown brands could also be as big and strong as international brands. Today, MyNEWS has over 530 stores across the country and overseas.

7. Pokok KL and the Brickhouse Group

Datuk Sharon Haniffa and Datin Christine Bong had a Bollywood-like love story which they shared in an interview with The Edge.

They met under a tree when Sharon bumped into an acquaintance who introduced him to Christine. They exchanged numbers then, and the rest was history.

The pair first invested RM1 million together in starting the 200sqft glasshouse cafe called Pokok KL in the grounds of MAHSA University, as reported in pitchIN.

In 7 years, that cafe has grown into a well-known F&B brand, Brickhouse, that houses an event space, a grocery store, cafes, convenience stores, a catering service, and a co-working space soon.

The couple got married the year they started Piktochart and have been running it together ever since. The DIY infographic platform started in a small Penang warehouse with only 4 employees.

They sacrificed going on a honeymoon because they were occupied with flying in between pitching events, their wedding and going to Silicon Valley on a learning/immersion trip.

“At the beginning, Piktochart didn’t pay so well so the whole team sacrificed a lot,” Ai Ching shared previously with Vulcan Post.

Despite their difficult start, the husband-and-wife duo remained resilient in their startup and today, Piktochart runs on a team of over 50 talents and has acquired over 8 million users worldwide.

Vivy Yusof co-founded Fashion Valet with Fadza Anuar in 2010, 2 years before they tied the knot and became happily married parents to 3 children.

She shared in last year’s MaGIC E-Nation that they realised they could help local designers get the reach they needed in Malaysia’s online shopping industry.

So the couple started Fashion Valet with a capital of RM100K and a simple Google of “how to start an online shopping website”.

Vivy’s goal in finding success in both her work life and love life was clear in her persistence in pursuing her business and Fadza.

Restaurateurs Michele Kwok and Fred Choo are the husband-and-wife team behind the SOULed OUT franchise, WIP restaurant and Hubba Hubba Gastrobar.

The two have worked together for almost 30 years already and have brought the brand to Singapore, Indonesia and Australia too.

Michele and Fred are like the sky and earth, but somehow they both can complement each other despite their differences.

However, Michele shared in a Tatler Malaysia interview, “If you ask me, I’d tell all couples now to not start a business together. Just don’t do it. It’s not easy and it hardly ever works out.”

“We are both very stubborn but sometimes you just have to let go and let your partner do whatever they want and support them. We’re so busy to a point that even when we fight, it will be over in seconds. We just need to move forward and not think about it,” they shared in that interview.

Doing something you love with the person you love can be rewarding, but one should definitely be prepared for the clashes that might come with running a business together with your spouse.

These 10 power couples have shown us, at least on the outside, that combining your work and love lives can work.

You may have different methods of running the business and disagree with one another at times, but when you both share the same passion and ambition for what you do, you’d find a compromise. 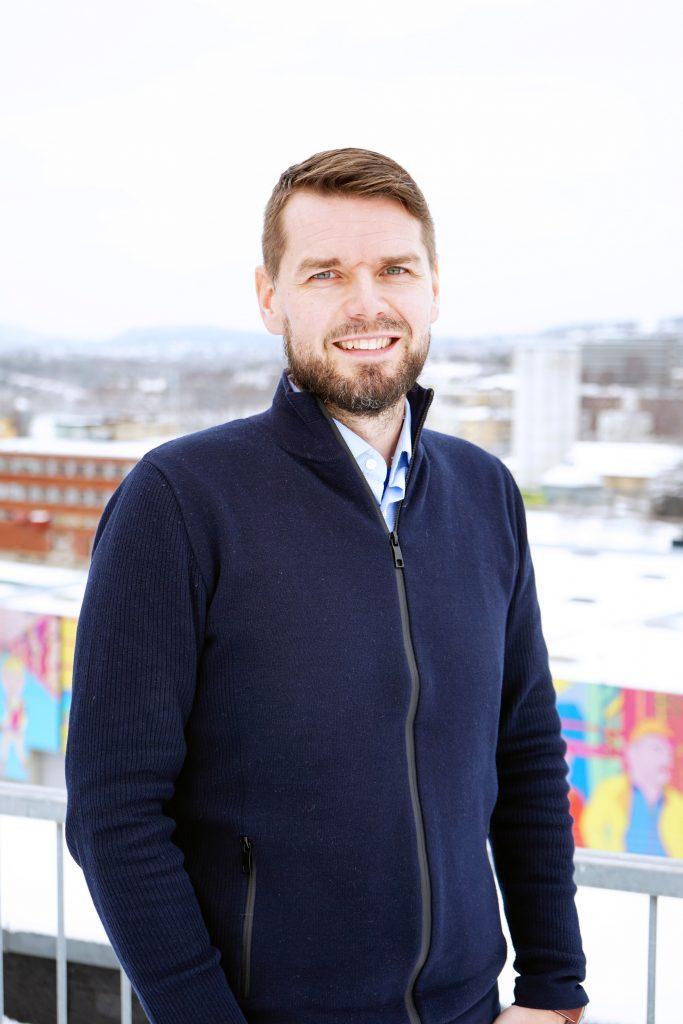 The Future of WFH: An Interview With Øyvind Reed, CEO of Whereby | Grit Daily News 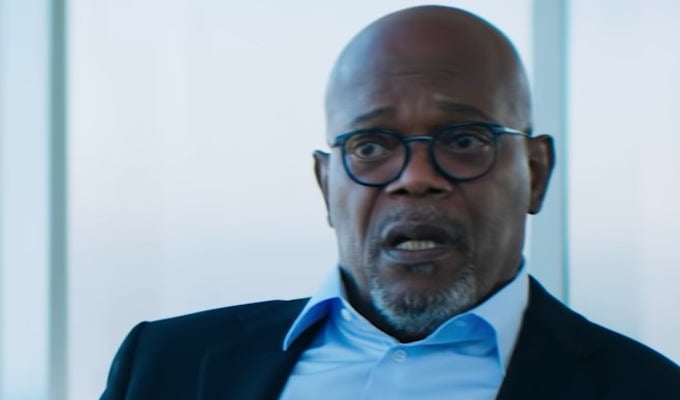 2020 gets the ‘Black Mirror’ treatment in new mockumentary ‘Death To 2020,’ because we can’t help but laugh at this point. | Grit Daily News